‘ANOTHER GOOD ONE’: BRIDLED TERN ON ABACO

Well, with a bit of digging into the naming of this tern species, I have discovered that the ‘bridled’ part of it apparently refers to the white band / collar at the back of its neck. This is puzzling because one would expect a ‘bridle’ to start at the mouth / beak and angle backwards. Like a horse. Like the conspicuous black line from the base of this tern’s beak sweeping back past its eyes and joining its black cap at the back. How wrong that assumption would be…

Far more exciting than the ‘bridle’ question is the origin of the Bridled Tern’s species name, Onychoprion anaethetus. Wondering about the medical-sounding word, I discovered via the excellent ARKIVE that the name derives from the Greek for ‘senseless’ or ‘stupid’, “a reference to the ease with which hungry sailors captured this bird“. So there you have it: not ‘aesthetically pleasing’ or similar compliment, but just plain dozy.

The Bridled Tern is a fairly common summer resident on Abaco, where it breeds.  It is one of 12 tern species recorded on Abaco, the others being Sooty Tern, Least Tern, Gull-billed Tern, Caspian Tern, Black Tern, Roseate Tern, Common Tern, Arctic Tern, Forster’s Tern, Royal Tern and Sandwich Tern.

These terns plunge-dive for fish, but will also take them from the surface. Unlike other terns – for example the Least Tern – they usually dive directly and not from a hover. When courting, the male will rather charmingly woo the female by offering her fish. 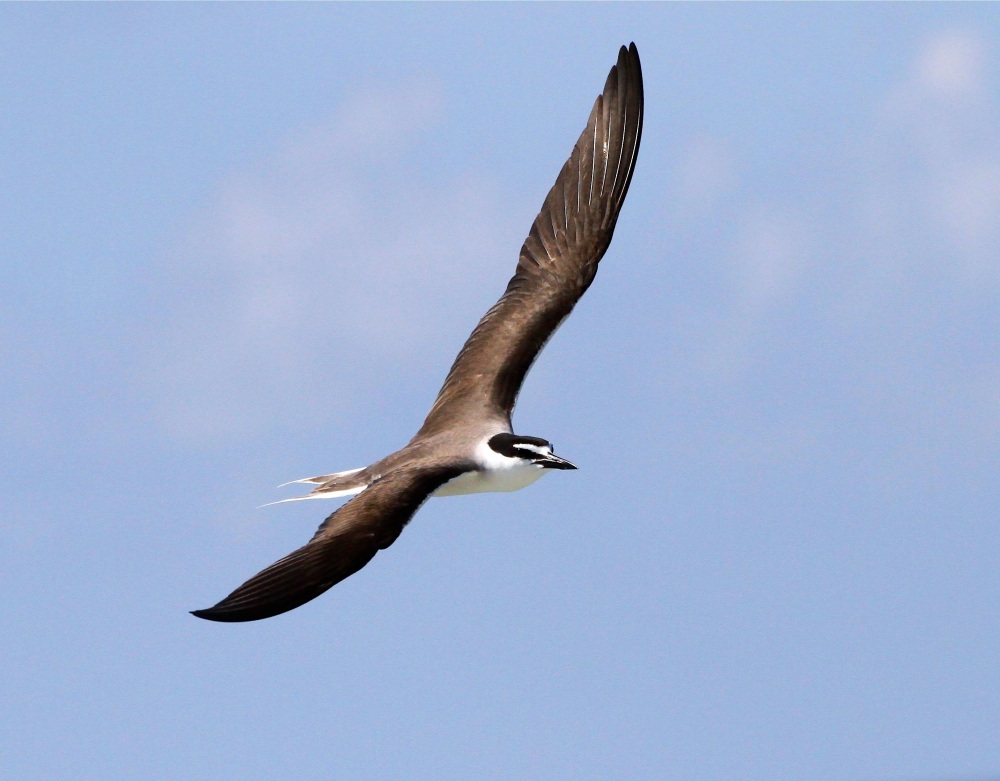 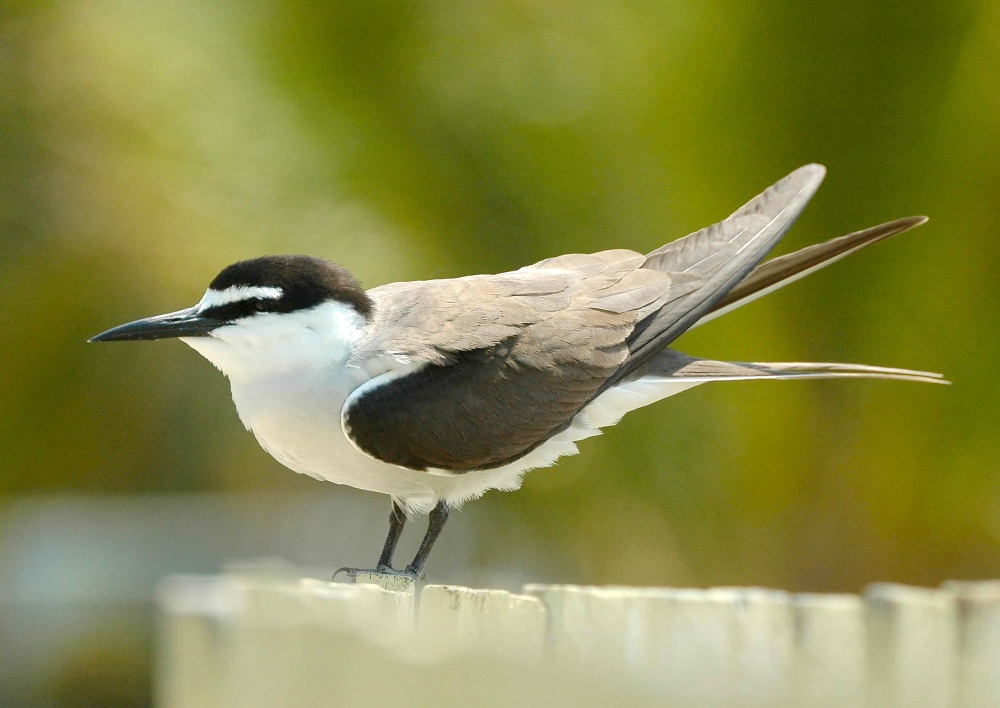 12 thoughts on “‘ANOTHER GOOD ONE’: BRIDLED TERN ON ABACO”