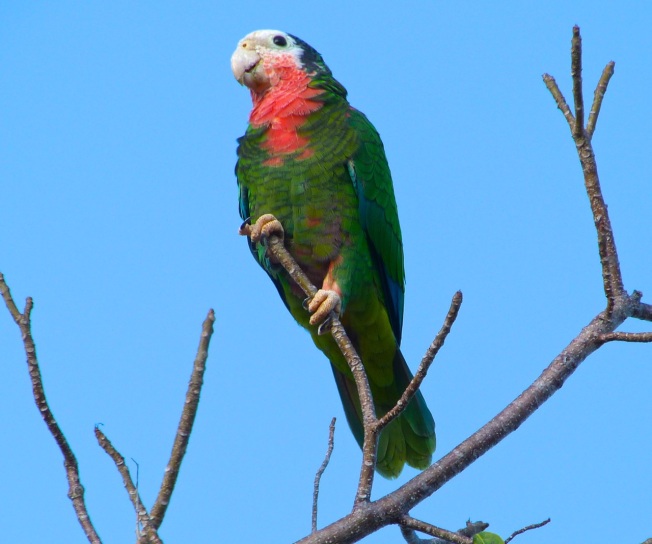 South Abaco – the tract of land south of Marsh Harbour – has some of the richest birding in the Bahamas. Besides 4 of the 5 Bahamas ENDEMIC SPECIES, it contains some of the most interesting speciality birds. The unique ABACO PARROT for a start, with a population that is gradually increasing following a drastic decline and conservation intervention. Rare PIPING PLOVERS on the eastern shores that overwinter, as do the endangered KIRTLAND’S WARBLERS, of which more soon. In the Bahamas the WEST INDIAN WOODPECKER is common on Abaco, but elsewhere it is rare on San Salvador and is no longer found on Grand Bahama (missing, presumed extirpated). If you want to learn more about them and their engaging ways read Caroline Stahala’s fascinating article HERE

Olive-capped Warbler, one of 5 permanent resident warblers (of 37 species in all) Bruce Hallett

January was an excellent time for the Hope Town Birding Group to take the ferry over for a quality day of birding on south Abaco. In all, 44 species were identified, ranging from expected feathery denizens to what are sometimes described as ‘Good Gets’. The group was led by Bruce Wolck. Jan Metcalf contacted me to arrange for Delphi – a notable birding hotspot – to be on the itinerary. And as she wrote to me afterwards in summing up the day:
“Amazing birds, amazing day, amazing Delphi (where we saw the Bullfinch)”
Sally Chisholm has since emailed that among places visited were the “[town] dump, locations along the highway south to the Y, Sandy Point, the south ferry dock, Gilpin Point, Bahama Palm Shores and Delphi”.  I’ve never been to the dock, so that’s one for us to try out in March…
Here is the group’s checklist of the 44 species. I have added thumbnail images, almost all taken on Abaco by contributors to THE DELPHI CLUB GUIDE TO THE BIRDS OF ABACO, including some used in the book. “Good Gets” include the Pied-billed Grebe, a permanent resident but quite scarce; the Bonaparte’s Gull; the Great Black-backed Gull; and the White Ibis. The last 3 are what are termed ‘casual’ winter residents – rarely seen and so irregularly reported.
HOPE TOWN BIRDING GROUP CHECKLIST – JANUARY 2015
CLICK on a thumbnail to enlarge it. That’s the idea anyway, but I’m a bit ‘casual’ myself in checking links. The ones I spot-checked worked so I am hoping for the best with the remainder…

If any Birding Groups are interested in birding the one-mile drives (wonderful pine and coppice habitats), gardens and one-mile white sand beach at Delphi, let me know. It can easily be arranged, but there are times when it is not convenient or that some areas are not open for access. Email me as first contact at rollingharbour.delphi[AT]gmail.com 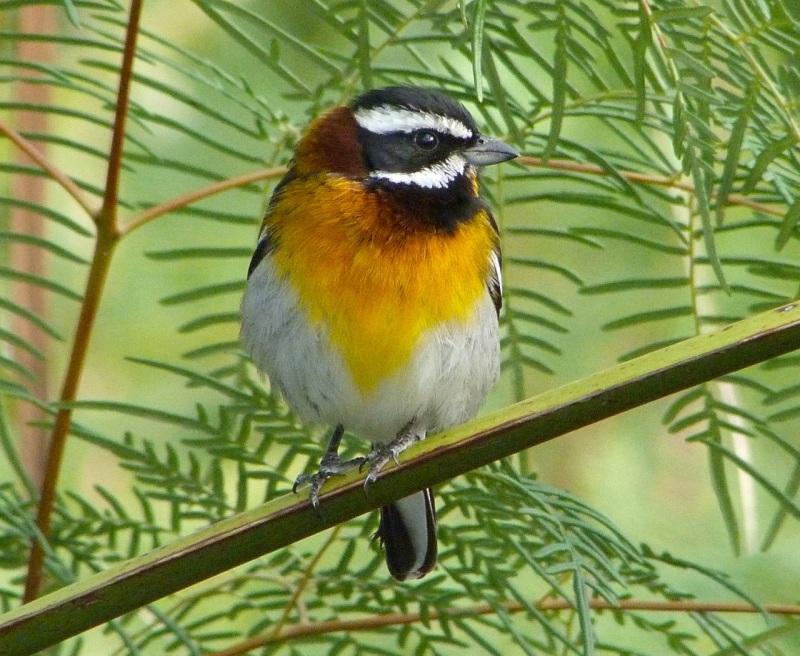