A competition to decide the most elegant bird found on Abaco (of 350+ recorded species) is a simpler task than it sounds. Colourfulness doesn’t come into (sorry, painted bunting, Abaco parrot & co). Nor cuteness, rarity, popularity and so on. Some birds don’t make the starting line at all (but we love you, ungainly limpkins and raucous clumsy-flying Anis). Best to judge from a different viewpoint: is there one bird that in flight is invariably beautiful to watch, in a way that can make you catch your breath…? 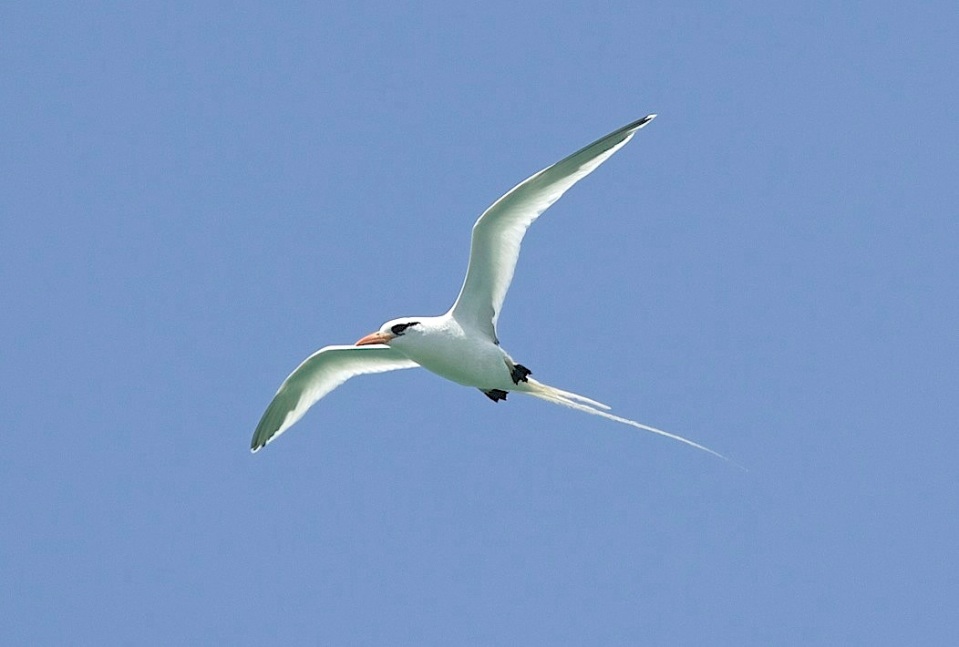 The caribbean white-tailed tropicbird (Phaethon lepturus catesbyi) is one of six types of tropicbird found worldwide. It is named after pioneering naturalist MARK CATESBY, who predated John James Audubon. Click the link to find out more about him. Catesby’s depiction (below) of a ‘Phaeton’ must be one of the earliest. 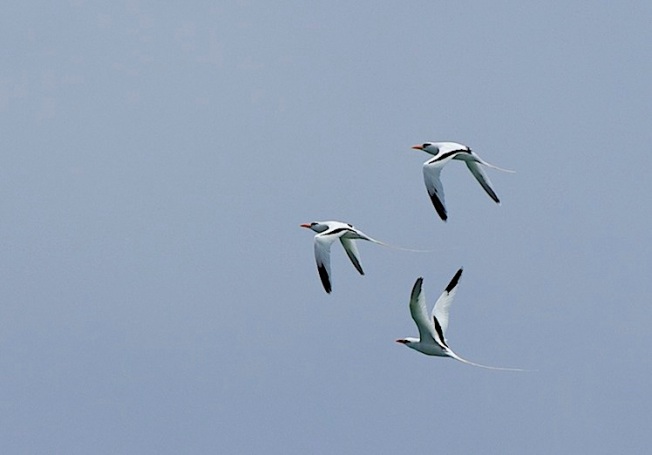 In the Bahamas, tropicbirds are summer resident only and breed on the islands. Abaco is fortunate to have several breeding colonies, not all in remote or inaccessible places. Female tropicbirds lay a single egg directly onto the ground or on rocky ledges and in rocky holes. One might suppose that such limited egg production with a somewhat high-risk nesting policy, coupled with modern problems such as habitat destruction, might affect numbers. However, these fine birds seem to be doing well, and are IUCN-listed ‘Least Concern’.

Tropicbirds have a variety of local names in the Caribbean, for example ‘longtail’ and ‘bosun bird’ (after their screeching call). They plunge-dive for fish, but are inexpert swimmers. This is a factor I am prepared to overlook in the elegance contest. They were born to fly high, not to paddle about.

THE STORY OF TB THE TROPICBIRD

A couple of years ago, a tropicbird chick was rescued by a dive boat and given to Melissa Maura, well-known for her animal magic, to care for. She nurtured ‘TB’, giving him a soft bed and providing him with a swimming pool. To begin with, it looked as though he might not be able to fly at all, but as he became stronger he started to flap his wings.

Then it was time to go to the beach, get acquainted with sand and sea, and practise flying. I have some pathetic photos of an exhausted TB lying flat out on the sand after his initial attempts to fly. But Melissa and TB persevered with the flying practice and in due course TB began to get the hang of it. Finally, the great day arrived. Melissa and a friend took TB down to the beach and launched him into the air. He took off, flying strongly away, never to return. A moment of triumph mixed with poignance. 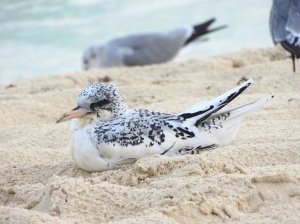 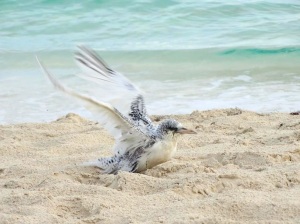 You are very welcome to propose a rival in the elegance stakes in the comment box!