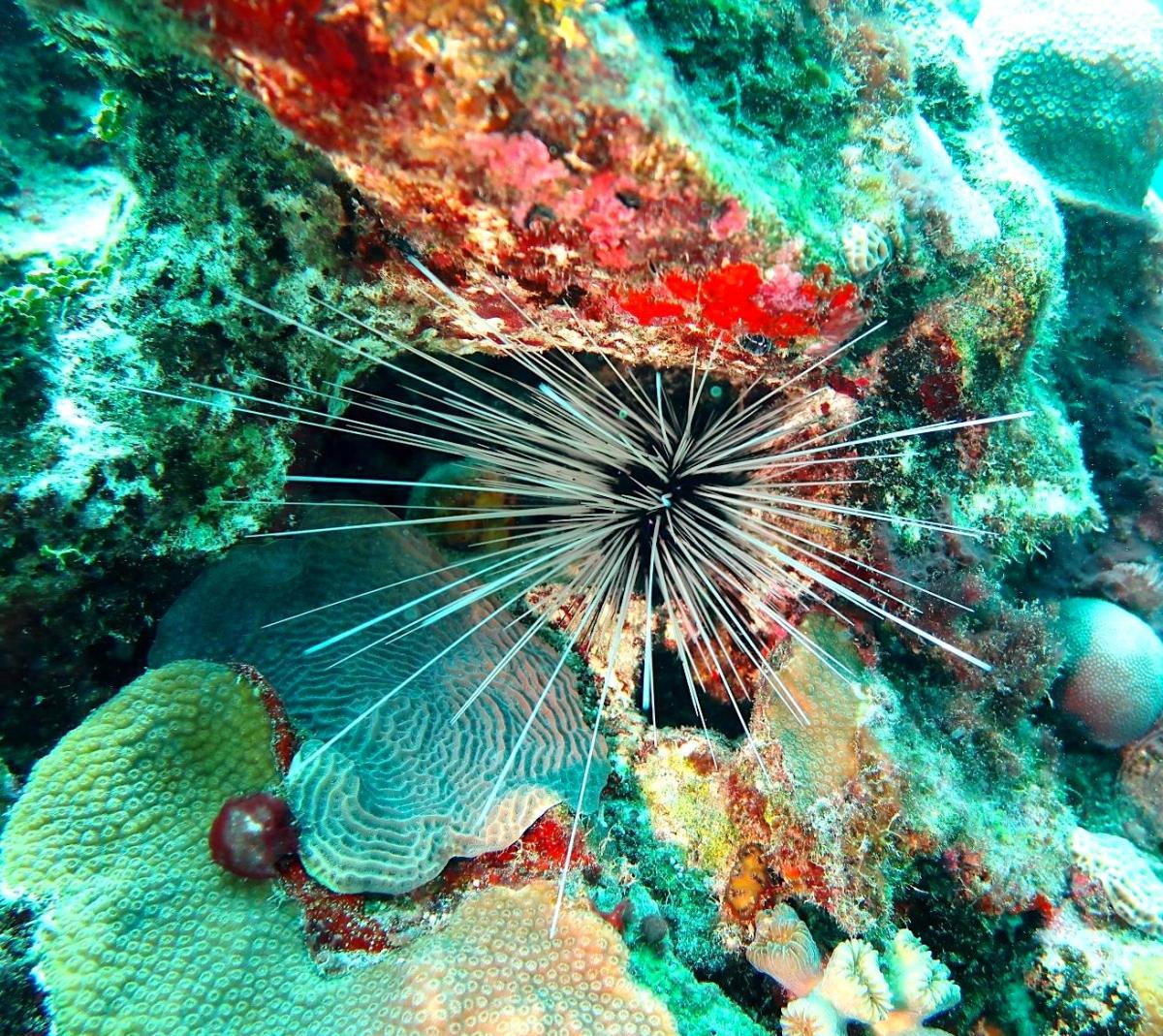 The long-spined sea urchin Diadema antillarum featured in this post is one of those creatures that handily offers its USP in its name, so you know what you are dealing with. Something prickly, for a start. These are creatures of the reef, and many places in the Caribbean and in the western Atlantic generally sustain healthy populations. 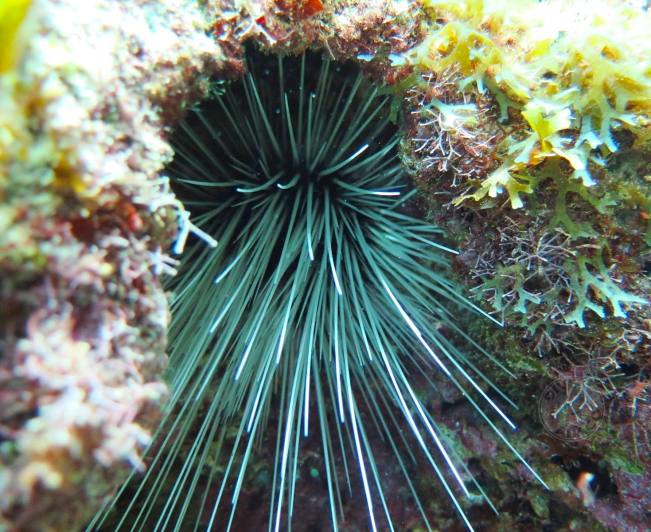 These animals are essentially herbivores, and their value to vulnerable coral reefs cannot be overstated. Where there is a healthy population of these urchins, the reef will be kept clean from smothering algae by their methodical grazing. They also eat sea grass. 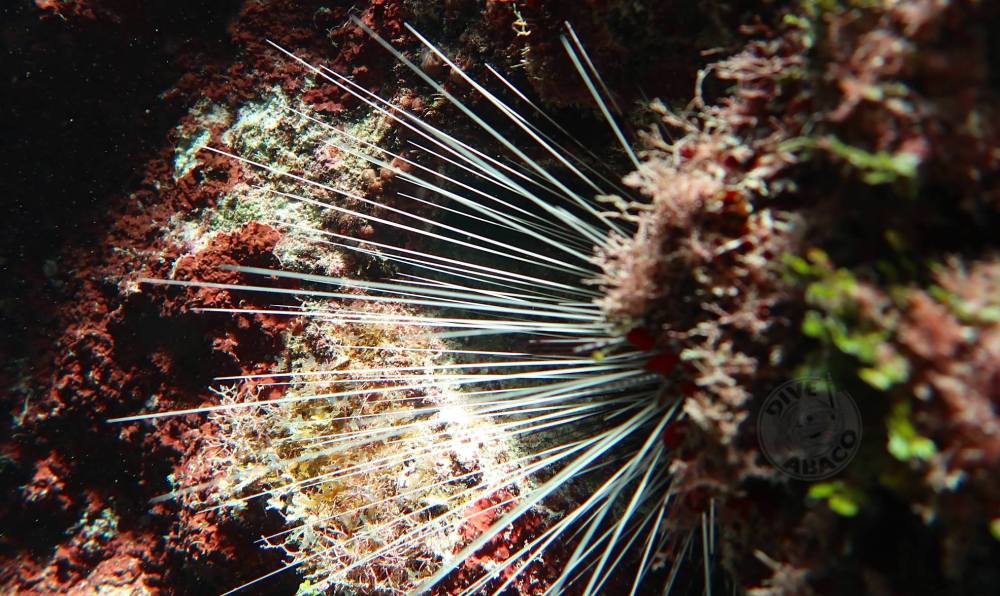 HOW DO THE SPINES OF DIFFERENT KINDS OF URCHIN COMPARE?

Small sea urchins species have spines a few cms long at most. The long-spine variety exceed 10 cms, and the largest may have spines up to 30 cms (= 1 foot) long. The length, as shown here, means that when the creatures are safely lodged in crevices near their algae supply, their spines remain very visible. 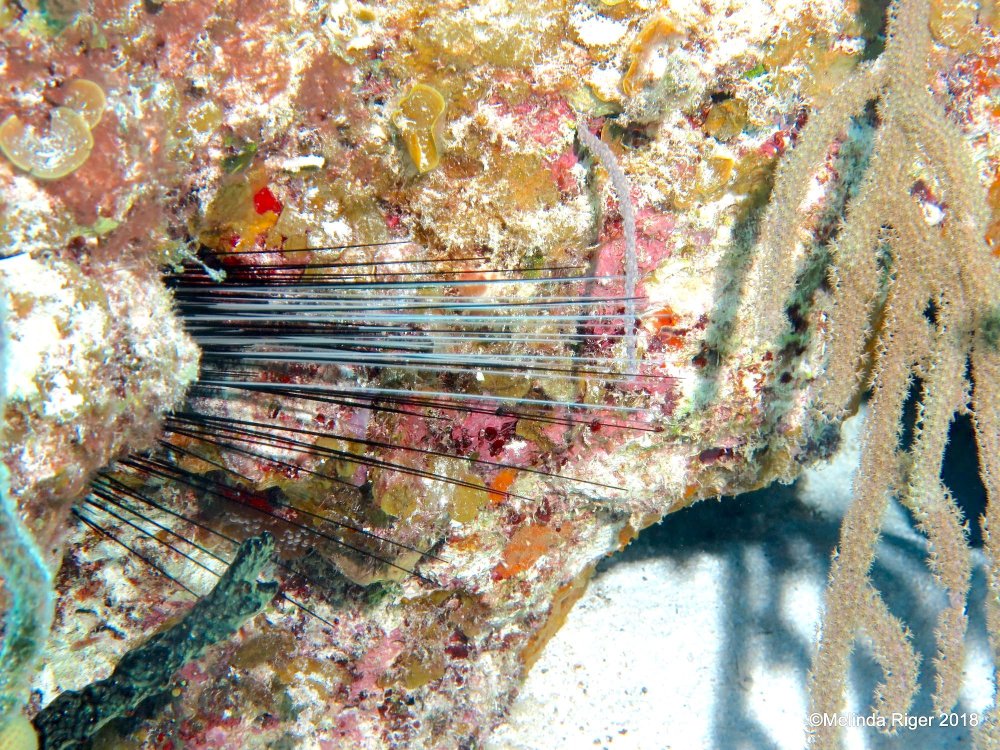 Anatomy of a long-spined sea urchin. You may possess a few of these organs yourself… 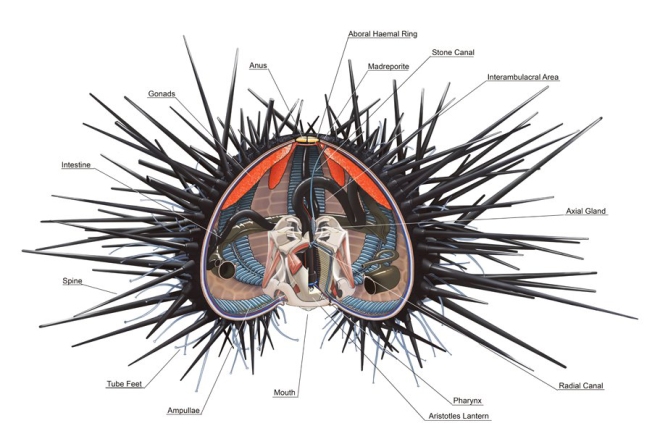 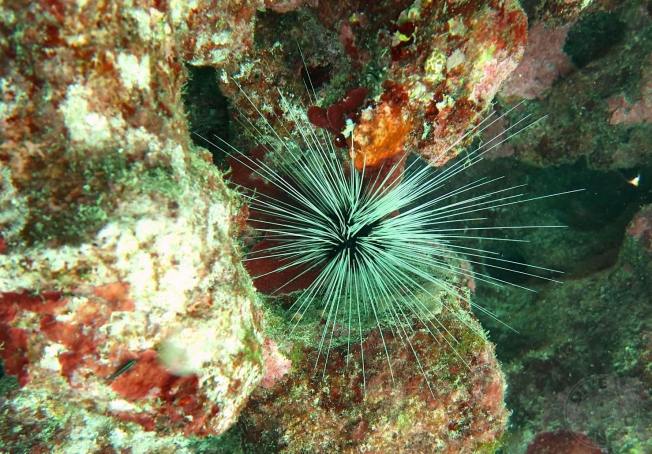 CAN YOU GIVE US A TEST, PLEASE?

As with SAND DOLLARS and similar creatures, the skeleton of a sea urchin is known as a ‘test’. Urchin tests are remarkably beautiful, especially seen in sunlight. Here are 2 examples I photographed a while ago. You’ll immediately notice the delicate colours and the amazing complexity of the pattern and symmetry. The top one is (or is most like) a long-spined urchin test. 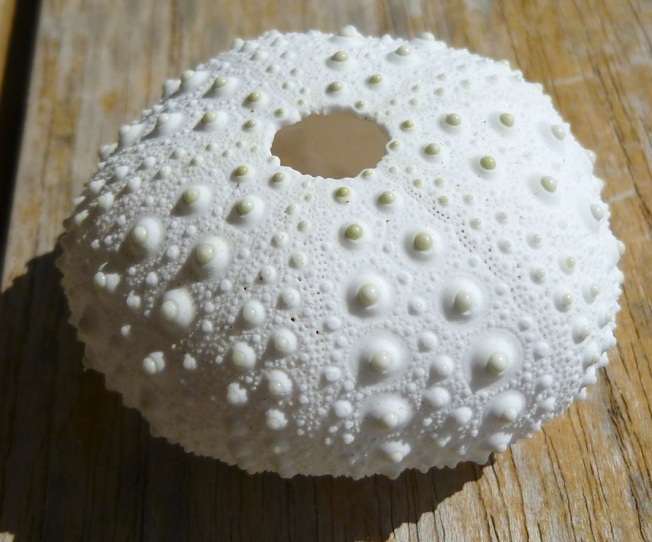 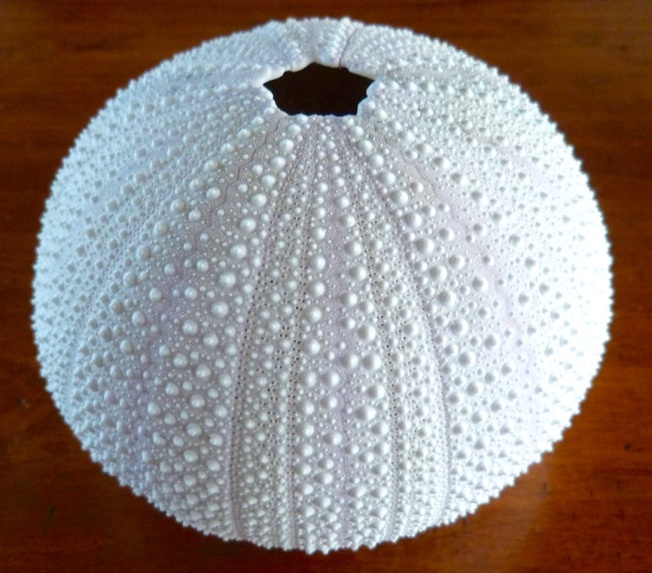 A BIT ABOUT SYMMETRY

Sea urchins are born with bilateral symmetry – in effect, you could fold one in half. As they grow to adulthood, they retain symmetry but develop so-called ‘fivefold symmetry’, rather as if an orange contained 5 equal-sized segments. The graphic above gives a good idea of how the interior is arranged inside the segments. 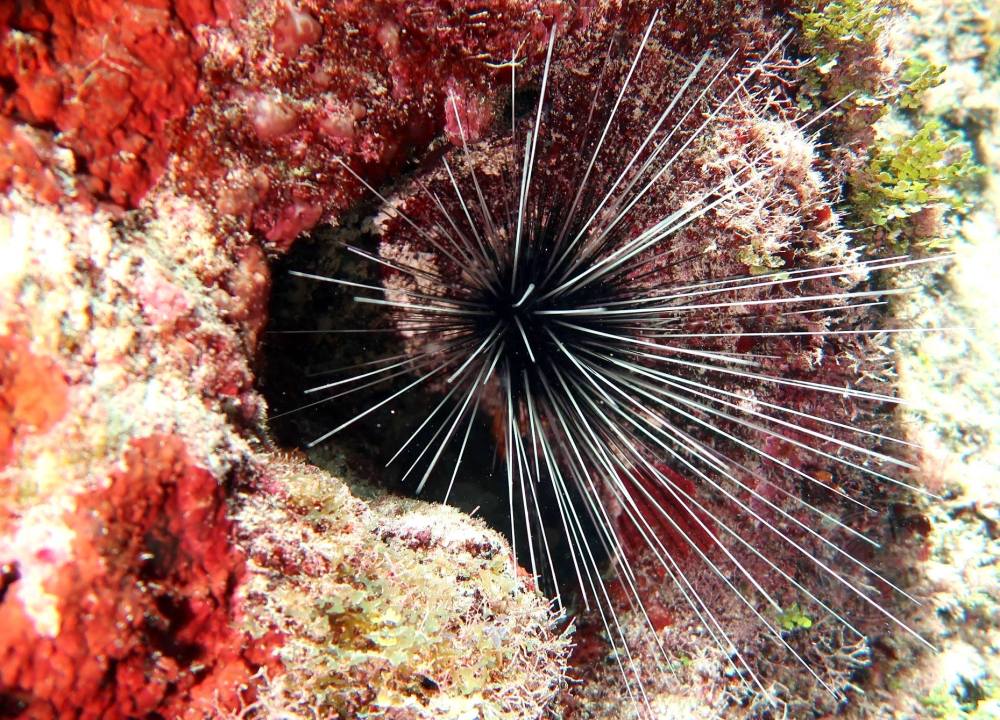 A FEW FACTS TO HAND DOWN TO YOUR CHILDREN 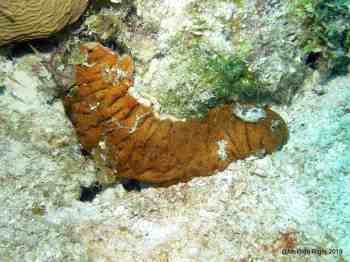 Apparently they are eaten in some parts of the world; their gonads and roe are considered a delicacy. As far as I know, they are not generally on the menu in the Bahamas. Correction invited. Personally, I could leave them or leave them. 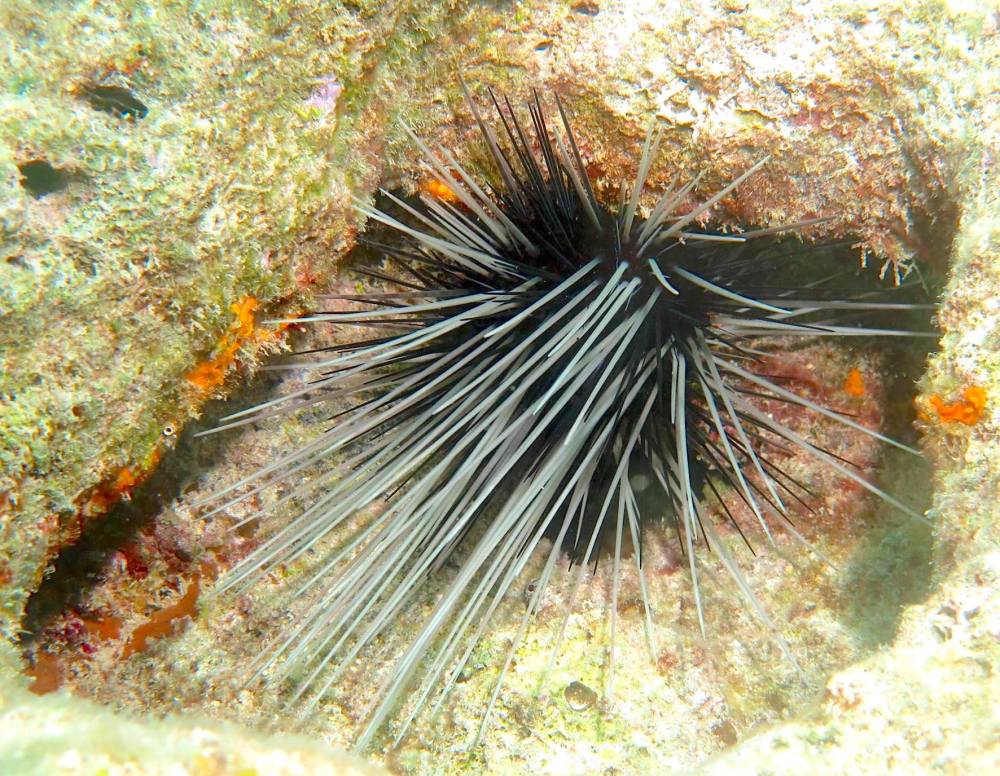 5 thoughts on “URCHIN RESEARCHIN’: SEA HEDGEHOGS OF THE REEF”