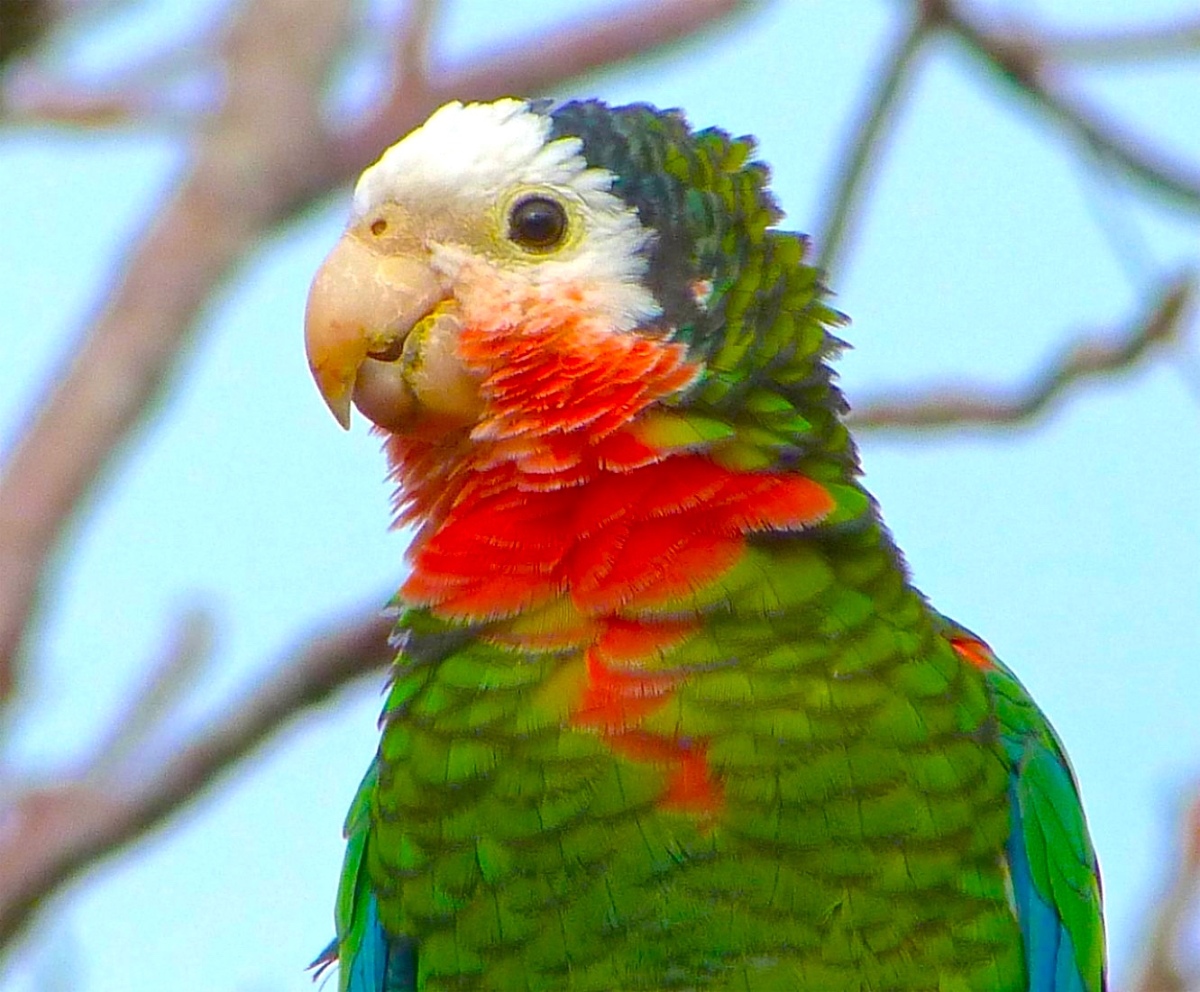 THE SYMBOL OF A RESILIENT BAHAMAS

Hurricane Dorian makes landfall on Abaco later today. The island has been in an unwavering direct line for several days, gaining force to Cat. 4** while slowing down as it approaches. The skies have darkened, the seas are turbulent, danger to humans, wildlife, property, landscape is imminent.

** UPDATE just before landfall today, Dorian strengthened to a rare and very dangerous Cat. 5 hurricane. This is when not just property and land is threatened, but life itself. Early reports are of flooding and structural damage. Now is not the moment to pick through the information filtering through. Better to assess the impact after the storm has passed on to the north-west, where it is currently headed via Grand Bahama.

When we first became involved with Abaco, the parrot numbers were believed to be fewer than 1000, a barely sustainable population. An intensive, continuing conservation program over several years has seen the numbers treble or more. This recovery is as much due to the resilience of the species as to human intervention.

The parrots will be lying low in the National Park, some in the limestone caves they nest in during the breeding season. As humans take equivalent protective measures we are watching from a thankfully safe distance. We wish the very best of luck to our friends, and to all on the island and its cays during the next 48 hours. 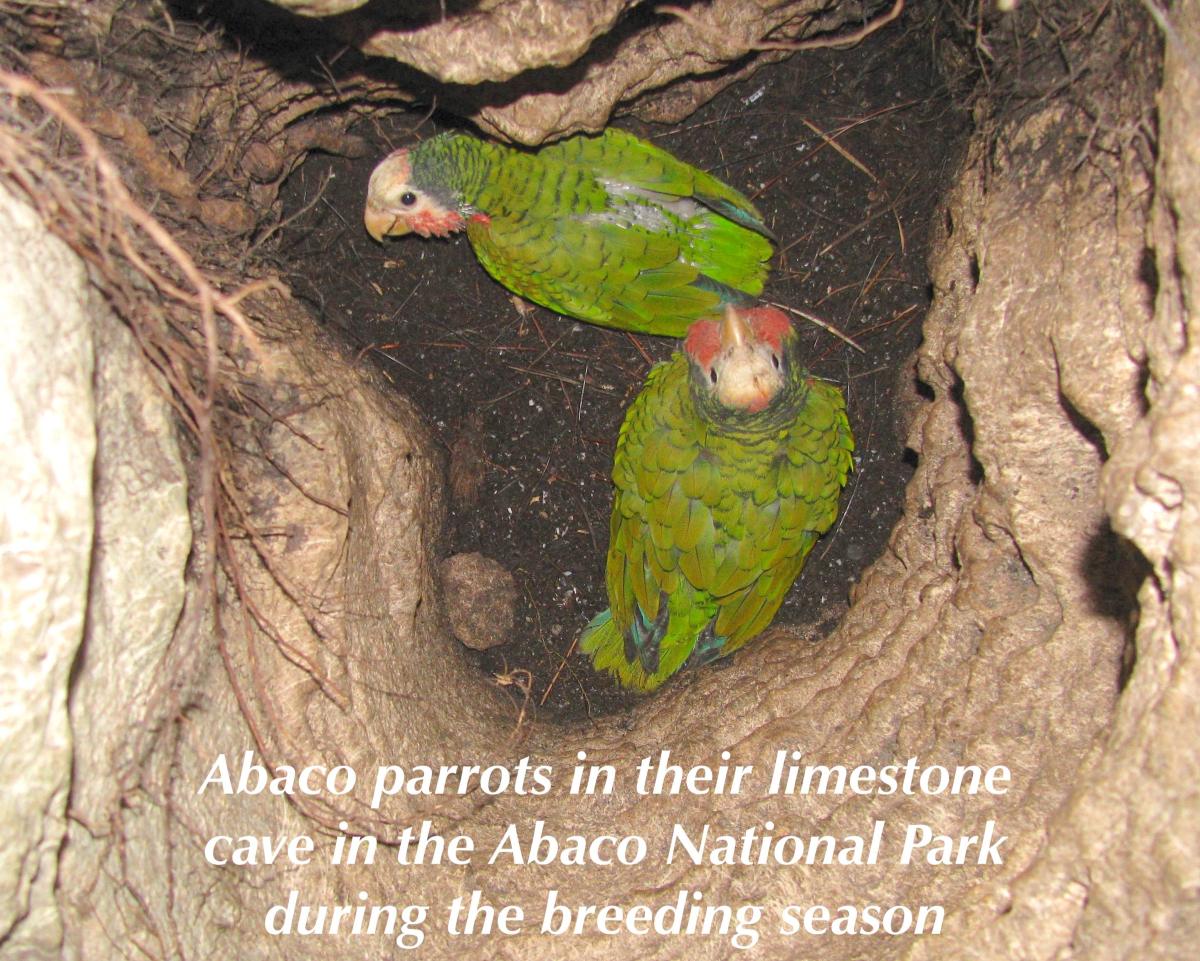 18 thoughts on “THE SYMBOL OF A RESILIENT BAHAMAS: BAHAMA PARROTS”