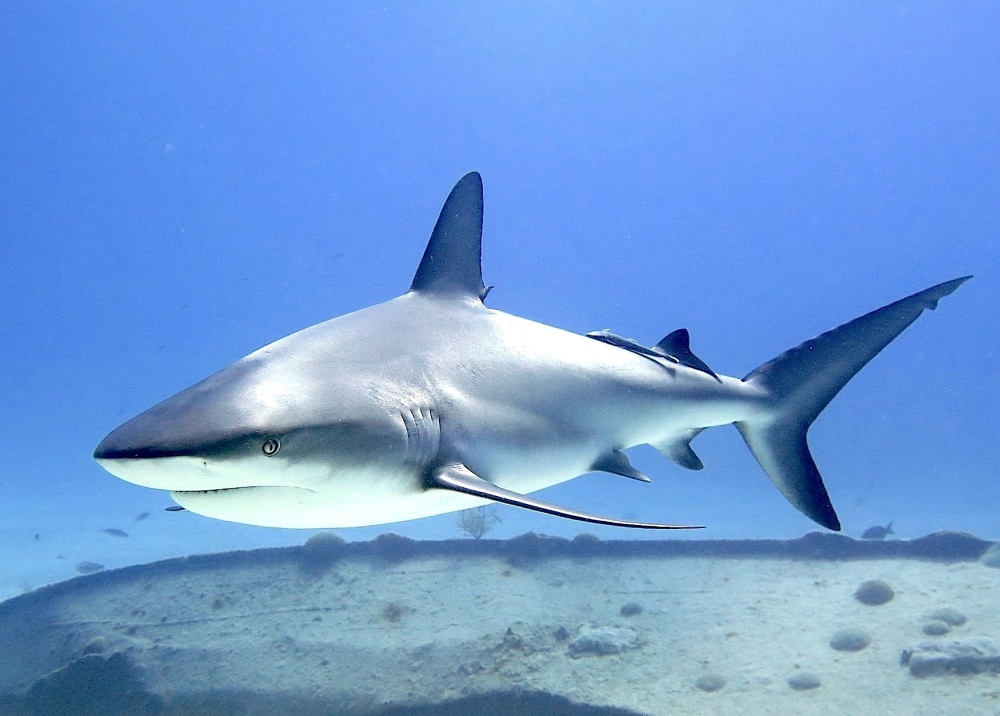 SHARK ATTACKS – BAHAMAS AND BEYOND

UPDATED FOR 2019 – ATTACK STATS NOW COME IN A DIFFERENT FORMAT

“Unprovoked attacks” are defined as incidents where an attack on a live human occurs in the shark’s natural habitat with no human provocation of the shark.

“Provoked attacks” occur when a human initiates interaction with a shark in some way. These include instances when divers are bitten after harassing or trying to touch sharks, attacks on spear-fishers, attacks on people attempting to feed sharks, bites occurring while unhooking or removing a shark from a fishing net, etc.

The worldwide total of unprovoked shark attacks was significantly lower than average. The 2018 worldwide total confirmed was lower than the most recent five-year (2013-2017) average incidents annually. There were five fatal attacks this year, four of which were confirmed to be unprovoked. These numbers are in line with the annual global average of six fatalities per year. A single non-fatal incident occurred in the Bahama Islands.

Of the remaining 30 cases, nine involved bites to motorized or non-motorized marine vessels (“boat attacks”), four involved shark-inflicted post-mortem bites (“scavenge”), five were cases in which the shark-human interaction could not be confirmed based on the available data, one case in which the attack involved an animal that may have been habituated to the presence of humans in the area, and one case involved a diver in a public aquarium. Ten cases were regarded as “doubtful” in which the incidents did not involve a shark, including one case attributed to an eel and one case attributed to a barracuda. 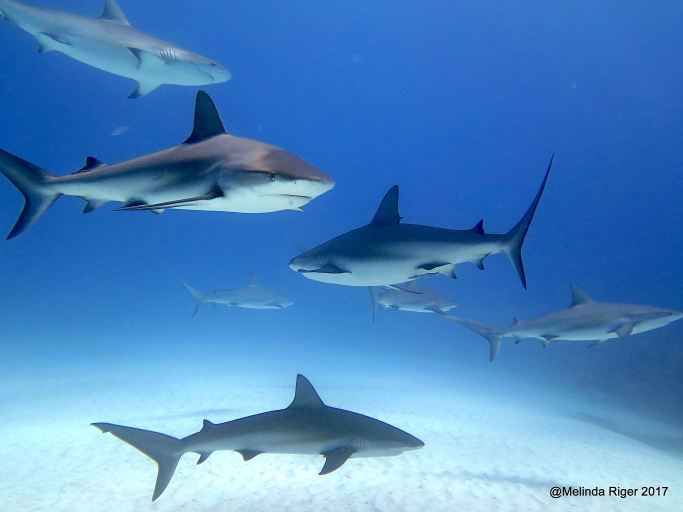 The worldwide total number of unprovoked shark attacks is remarkably low given the number of people participating in aquatic recreation each year. For decades, worldwide fatality rates have continued to decline reflecting advances in beach safety, medical treatment and public awareness. This underscores the importance of global efforts to improve ocean rescue, medical care and shark education.

The somber truth is that most of the world’s shark populations are in decline, or exist at greatly reduced levels, as a consequence of overfishing and habitat loss. On average, there are only six fatalities attributable to unprovoked attacks by sharks worldwide, each year. By contrast, fisheries kill about 100 million sharks and rays annually. There is a pressing need to conserve these animals and their associated habitats to ensure their sustainability in the long term.

FIND A SEARCHABLE DATABASE  WITH DETAILS OF ALL RECORDED ATTACKS HERE 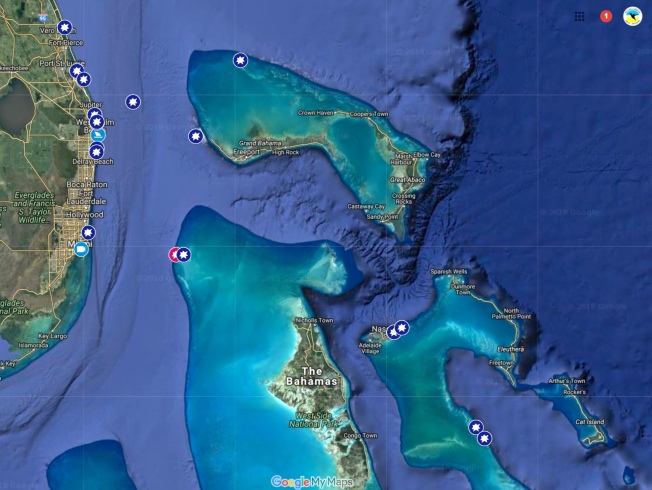 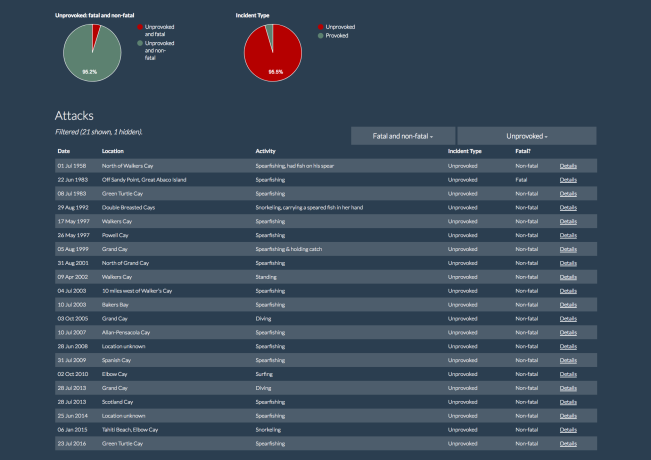 I have updated the map and stats up to 2014. Abaco score: unchanged thankfully. I realise that ‘unprovoked’ is a grey area… Does it include spearfishing-related incidents (dying fish – ‘distressed’ movements – blood); or shark attraction to shiny things (‘Rolex flashing’); or the controversial and increasing incidence of ‘chumming’ which anyone – oh, apparently not – might think would encourage sharks to associate yummy food with humans..?

On the topic of shark-feeding, check out the discussion on Abaco Forum HERE

Any views on chumming? By all means use the COMMENT link, in tiny writing (hey! designer!) at the end of the page.

The stats shown below for Bahamas, and Abaco in particular, have suddenly changed, because a woman at Tahiti Beach, Elbow Cay, has had the misfortune to be attacked by a shark – presumed to be a tiger shark. She has been flown to Fort Lauderdale Fl. where she is undergoing operations and recovering in Hospital. The early report is here http://m.local10.com/news/tourist-bitten-by-shark-in-bahamas-flown-to-fort-lauderdale/30558404 There is a suggestion that shark feeding has been occurring close to the recreational area, which may be an explanation for the attack… That’s a controversial area that I suspect is becoming more of an issue.

A great deal of useful information can be found at the ICHTHYOLOGY shark section (FMNH), covering such aspects as habitat, behaviour, sensible precautions… and how to deal with an apparently threatening situation without making it worse.

“Timeline Of Unprovoked Incidents Since 1900”

A somewhat diffferent – and more specific – picture emerges from the Abaco webpage of S.A.D., where both stats and details of each incident are given. It makes for interesting reading, suggesting one historic fatality and one ‘provoked’ attack. You will also see how often spear-fishing and associated activity is involved. To go straight to all this info, CLICK HERE