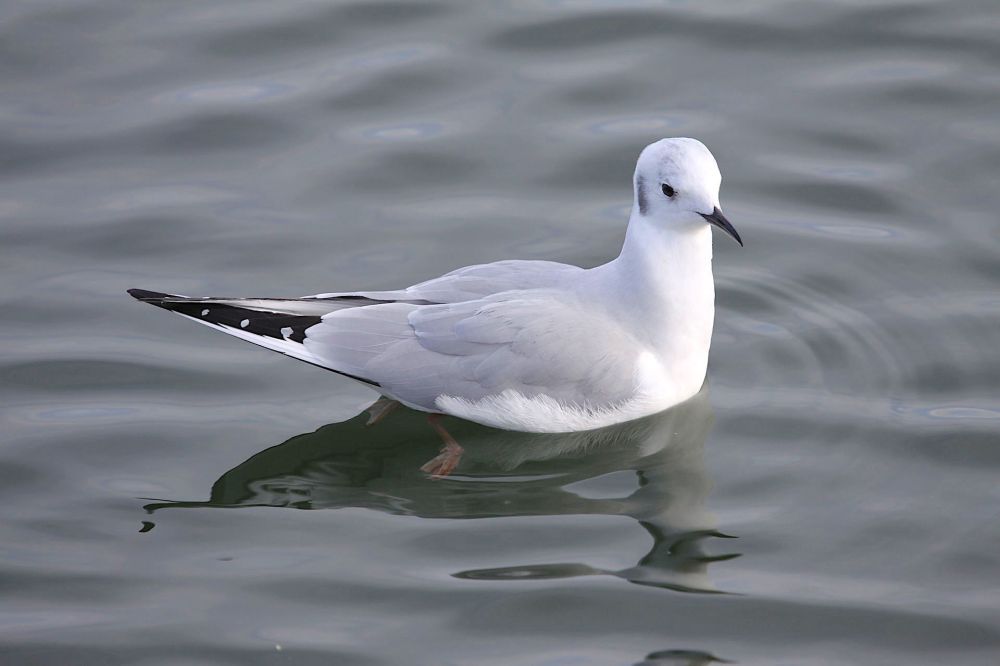 The Bonaparte’s gull Chroicocephalus philadelphia is one of the smallest gulls, and is found mainly in Canada and northern United States, though vagrants sometimes end up as far away as Europe. And Abaco. These birds are considered very uncommon winter residents on Abaco (categorised WR4). Yet within the last couple of months Elwood Bracey saw an amazing 4 in Treasure Cay harbour… Milton Harris reported seeing one at Hope Town harbour… Keith Kemp saw a couple on South Abaco (2 locations)… Eugene Hunn reported 1 on the Sandy Point dock… then suddenly there were 3 on the beach at Delphi. They have hung around there, too – let’s hope that all these birds find their way back to their breeding grounds safely. They have quite a journey ahead of them.

The species is named for Charles Lucien Bonaparte, a French ornithologist and nephew to the French emperor (see below for more about him).  The philadelphia part of its Latin designation oddly results from the location from which the original ‘type specimen’ was collected (see below for the reason). This is not unlike the Cape May warbler, so named for the location of the original specimen, yet not recorded there again for more than a century (and still quite rare)…

The gulls shown here are in their winter plumage, with the characteristic dark blotch behind the eye. In the breeding season, they acquire smart slate-black hoods:

We saw these birds on the beach most days, usually just 2 of the 3 at any one time. They were quite shy and hard to get close to, however subtly. And they kept on the move – except when they decided to have a rest.

TELL US MORE ABOUT PRINCE BONAPARTE

Bonaparte was a French biologist and ornithologist, and the nephew of the Emperor Napoleon. He married his cousin Zenaïde, by whom he had twelve children. They moved from Italy to Philadelphia, by which time Bonaparte had already developed a keen interest in ornithology. He collected specimens of a new storm-petrel, later named after the Scottish ornithologist Alexander Wilson. And presumably that’s where he found his specimen gull.

Bonaparte studied the ornithology of the United States, and updated Wilson’s work American Ornithology. His revised edition was published between 1825 and 1833. He was a keen supporter of a (then unknown) ornithologist John James Audubon. Rather sweetly, he created the genus Zenaida, after his wife, applying it to the White-winged Dove Zenaida asiatica,  Zenaida Dove Zenaida aurita and Mourning Dove Zenaida macroura. He himself was later honoured in the name ‘Bonaparte’s Gull’.

STOP PRESS some of the other BOGUs mentioned in Para 1, by Elwood Bracey, and 2 from Keith Kemp

2 thoughts on “BONAPARTE’S GULLS ON ABACO”