TS Dorian is the 4th tropical storm of the Atlantic season, and the first one to have the northern Bahamas & Abaco in its sights. Right now it is way down south in the area round Barbados, heading for Puerto Rico. I just checked out the NOAA, NHC, NWC & NASA sites to find out the present predictions. Although the direction and force of the storm may be changeable as it moves north, it’s as well to know the currently predicted path. As of this morning, Abaco is directly in it. And TD Six is lurking to the north-west as well. 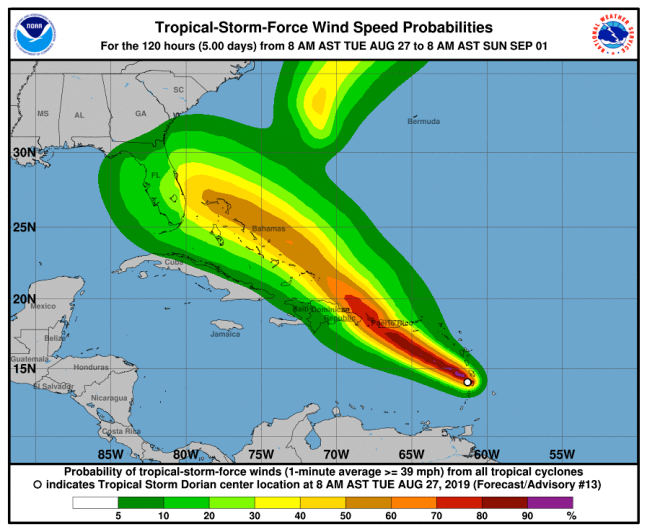 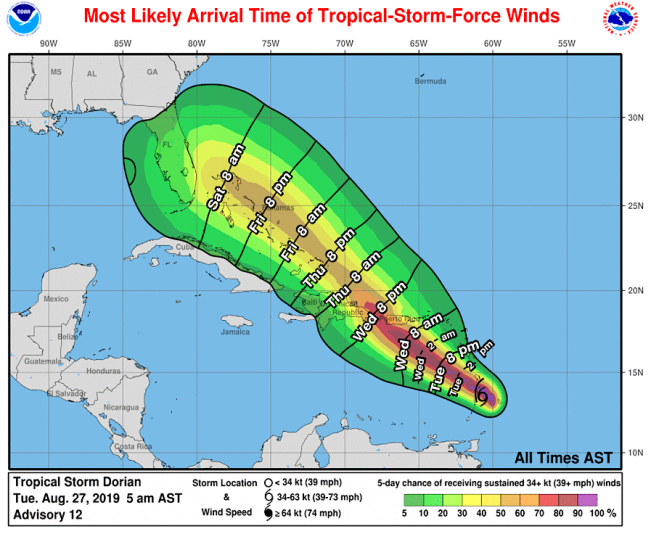 Subject to the usual variables, this coming weekend looks potentially the time for some kind of murky weather over Abaco. Maybe it won’t happen like that, but this looks like one to keep a weather eye on. 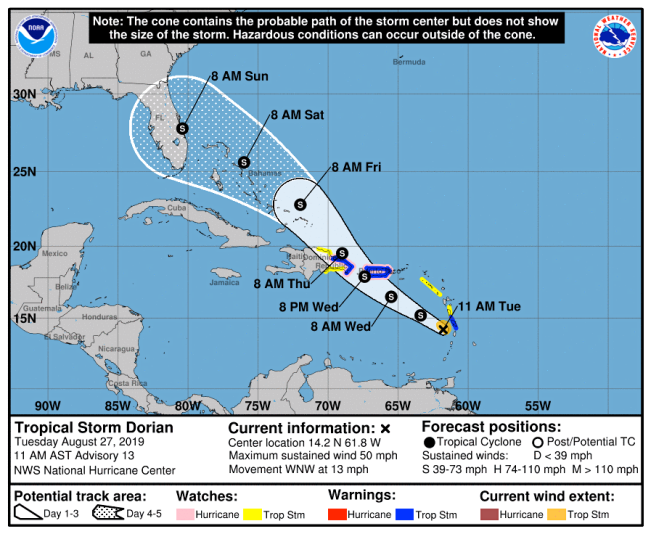 Tropical depression Six, described as ‘poorly organised’, is already making its present felt. This dramatic image of ‘6’ from NOAA has a strange beauty, and interesting not least because of its startling highlighting of light pollution (and check out Freeport and Nassau). 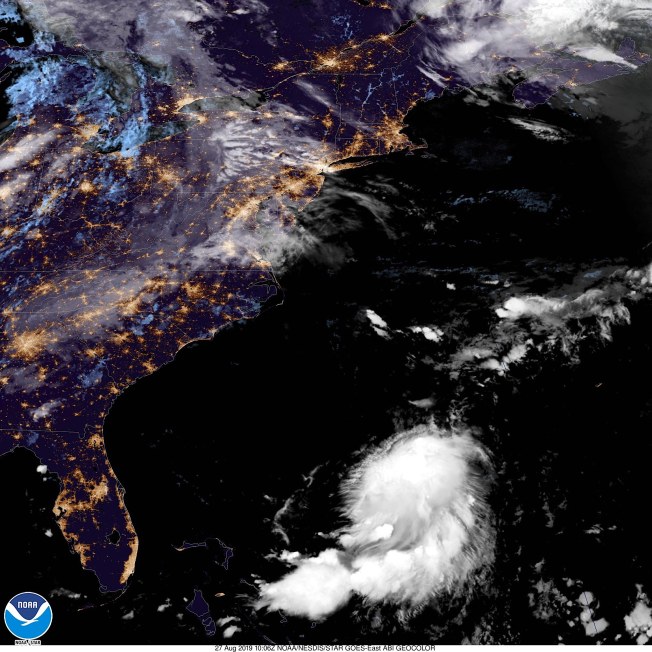 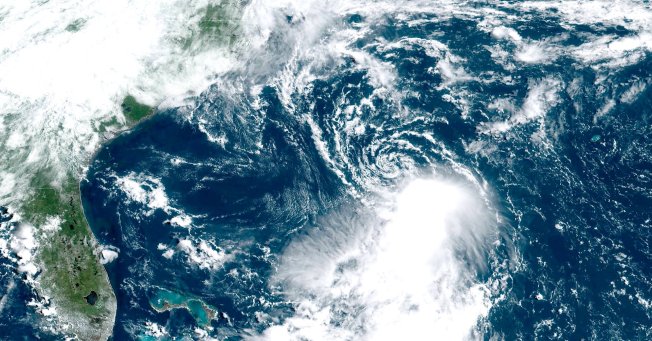