THE HUMMINGBIRDS OF ABACO

At last I have got round to the hummingbirds. It’s quite simple. There are only two species of hummingbird on Abaco. The endemic variety is the Bahama Woodstar, one of only 3 endemic bird species on Abaco (the others are the Bahama Yellowthroat and the Bahama Swallow). The settled migrant is the Cuban Emerald. 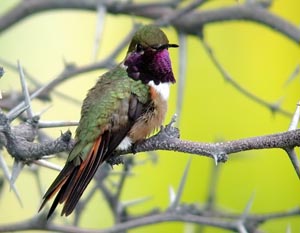 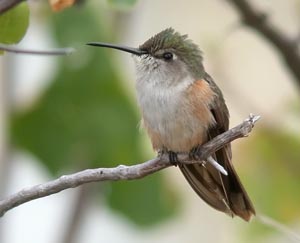 These hummingbirds are found throughout the Bahamas. They do not migrate, although are occasional vagrants in SE Florida. They breed all year round, the main season being in April. The female lays 2 elliptical white eggs, which she incubates for 15-18 days. As with humans, the female is mainly responsible for childcare while males go drinking at the nectar bar and hang out with their mates.

This BW was one of a small group at Hole-in-the-Wall. They were completely unconcerned by our presence, and we could get within arm’s length of them. Woodstars, though tame in human terms, can be aggressive and territorial. They are plentiful throughout the Bahamas except on Grand Bahama, Abaco and Andros. Significantly those are the only islands where the Cuban Emerald is found in any numbers. As with the native red and import grey squirrel problem in the UK, the migrant emerald is aggressive towards the woodstar, which is consequently rare where emeralds are abundant.

At Delphi, you’ll frequently see emeralds, especially now that feeders with sugar water have been hung up for them. The pool area is a very good place to watch them. But there are occasional woodstars to be seen as well – in the coppice on the drives for example, and even on the feeders. The vague blur to the left of the feeder below is a woodstar in the millisecond between me pointing the camera and it flying away… Don’t bother to click to enlarge it – it’s a useless photo, I know, but it is evidence even at the lowest level

There’s probably a great deal to be written about the emeralds, but not by me. Or not now, anyway.  The little you need to know from me is already covered above, and I haven’t yet discovered whether their childcare arrangements differ significantly from the woodstars. Probably not. So I’ll put in a selection of photos, and remark that it is strange how quickly they can change from sleek and slender birds to small rather cold and dispirited looking bundles of feathers. Both states are depicted below. Here’s what to listen for (credit Xeno-canto.org) 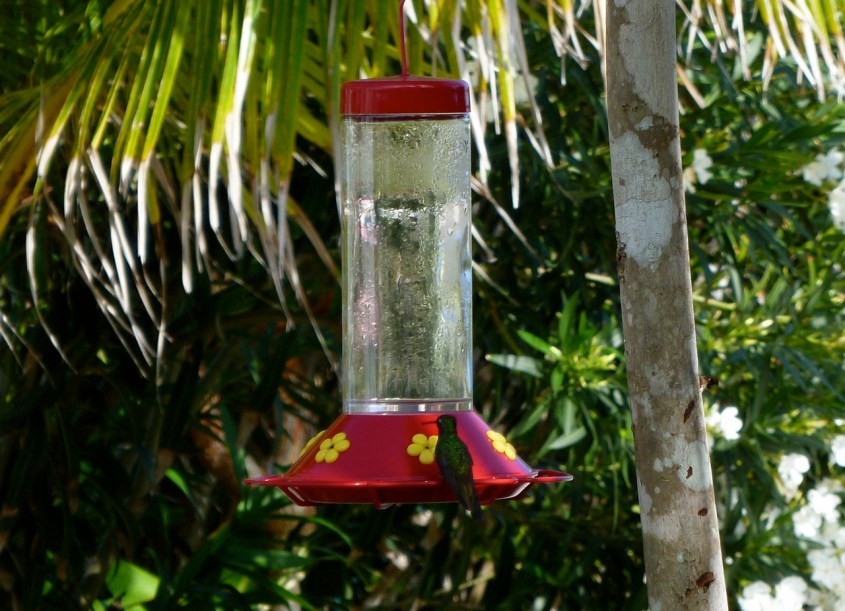 Delphi – far side of pool 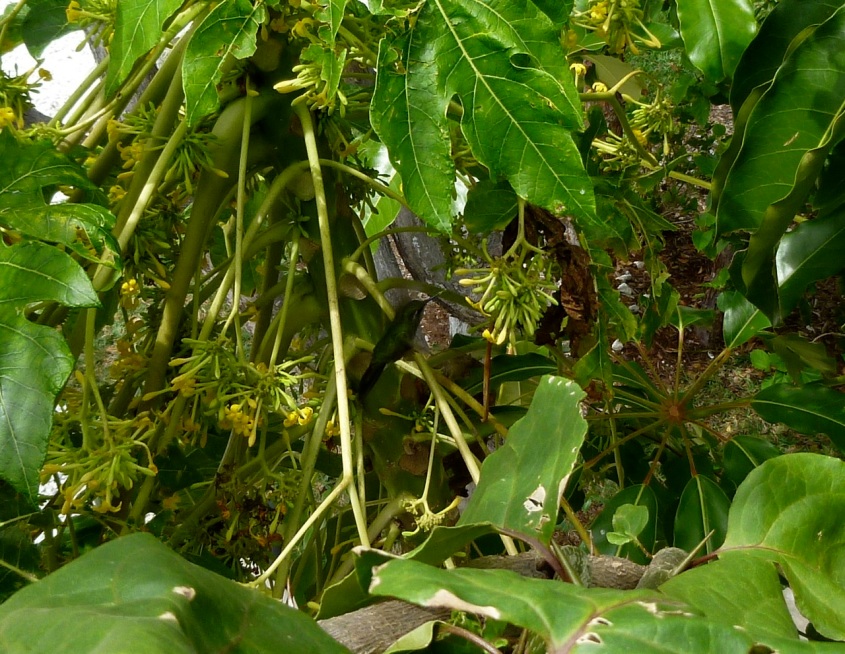 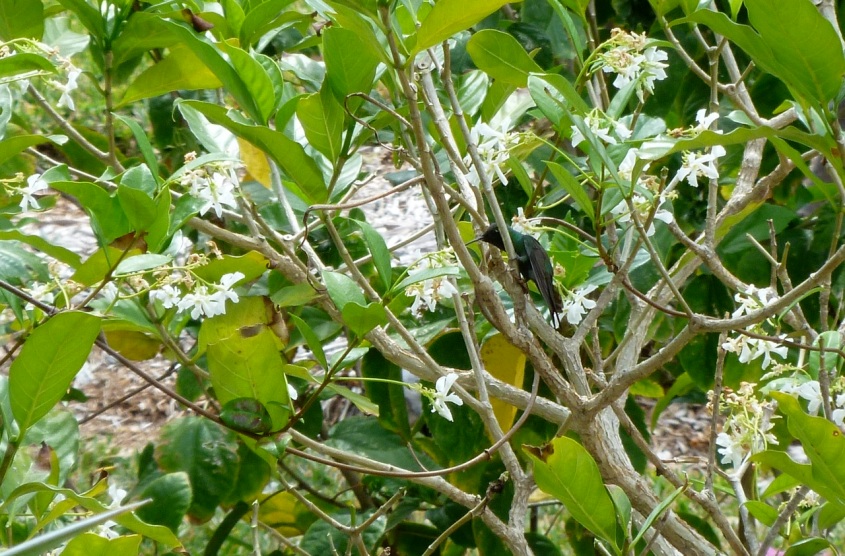 All the above birds were photographed at Delphi. We saw emeralds elsewhere, of course – in the pine forest, flicking across the logging tracks; on other Cays. The best sighting was during our day trip reef-snorkelling and island-hopping with Kay Politano, when we had an excellent lunch for 14 at Cracker P’s on Lubbers Cay (see future post about this and the island-hops). There was a bird feeder by our table, to which emeralds came and went throughout the meal. Here are some photos – I wanted to get them hovering, and kind of succeeded. More or less.

This link may or may not result in you hearing an emerald’s call. Let’s see if I can make it work…
http://www.xeno-canto.org/sounds/uploaded/LNEEOOWCQR/Emerald_Cuban_feedingcall_10122010_0831_0075.mp3