I had been planning to research the history of the various editions of Birds of the West Indies, the locus classicus for Caribbean species. Then I started to look into it and found that someone – Jack Holloway – had already done it so thoroughly that I would be wasting my time. So I contacted Jack for use permission, and I am very grateful to him for granting it by return. This next part is all thanks to him. I recommend a visit to his very good online bird resource website at AVIAN3
♠ ♣ ♥ ♦ ♠ ♣ ♥ ♦ ♠ ♣ ♥ ♦ ♠ ♣ ♥ ♦ ♠ ♣ ♥ ♦
THE HISTORY OF BIRDS OF THE WEST INDIES BY JAMES BOND
1936 (The Original)
This is the alpha of the “Birds of the West Indies” books by James Bond. Its longer subtitle is “An Account with full descriptions of all the birds known to occur or to have occurred on the West Indian Islands“. Published just shy of two years after Peterson’s A Field Guide to the Birds of the West Indies, this book was the first field guide to cover all the birds of the West Indies (outside of Cory’s annotated book of 1889).
Somewhat in contrast to what is stated in the later 1961 version as the “First American Edition”, this 1936 book was published by The Academy of Natural Sciences of Philadelphia (at which Bond worked) and was printed by Waverly Press, Inc. in Baltimore, Maryland.
This book is certainly quite scarce and typically commands a price ranging from $500 – $1,500 depending on its condition and the presence of a dustjacket.
Ultimately, one may ask, “What’s the difference between this first book and the subsequent versions?” Here is the answer in the form of a table (see below)

STOP PRESS  As a guideline, I’ve now bought a copy of this edition on eBay for $80, in very good condition with good dust jacket. On a first edition, I beat the seller down from $2250 to $1600, but it was in poor condition and I left it at that…

1961 (“1st American Edition“)
Just as a note of interest — or irony — this 1961 version is labeled as the “First America Edition”. Keep in mind the 1936 and 1947 books were both published and printed in the US. Additionally, just beneath the statement of “First American Edition”, you will see “Printed in Great Britain”. Completing the picture, this book was published by the Houghton Mifflin Company of Boston; thus, the American connection (I guess). 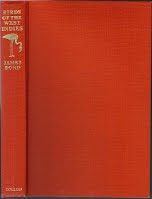 In 1966, Mrs. James (Mary Wickham) Bond wrote a 62-page book How 007 Got His Name that outlined the circumstances which led to the use of Mr. Bond’s name in the series of books written by Ian Fleming.

Mrs. Bond wrote a light-hearted letter to Mr. Fleming on February 01, 1961 to make note that he had “…brazenly taken the name of a real human being for your rascal!” (p.18). A return letter by Mr. Fleming was most gracious and apologetic.

In this reply, (contained in full in Mrs., Bond’s book), Mr. Fleming wrote, “I will confess at once that your husband has every reason to sue me in every possible position and for practically every kind of libel in the book, for I will now confess the damnable truth.” (p.21).

Mimicking Mrs. Bond’s light-hearted approach, Mr. Fleming continued his reply with this unique offer: “In return I can only offer your James Bond unlimited use of the name Ian Fleming for any purpose he may think fit. Perhaps one day he will discover some particularly horrible species of bird which he would like to christen in an insulting fashion.” (p.22).

Mr. Fleming also offered the Bonds an open invitation to visit his residence in Jamaica and to visit the birthplace of the second James Bond.

This short book by Mrs. Bond is a nice, quick read. I appreciate it for the first-hand accounts of the historical beginnings of Bond vs. Bond as opposed to the hearsay and myths created over time. The book also offers entertaining stories of how James Bond dealt with his new popularity and the avid “fans” upon their discovery of his name. 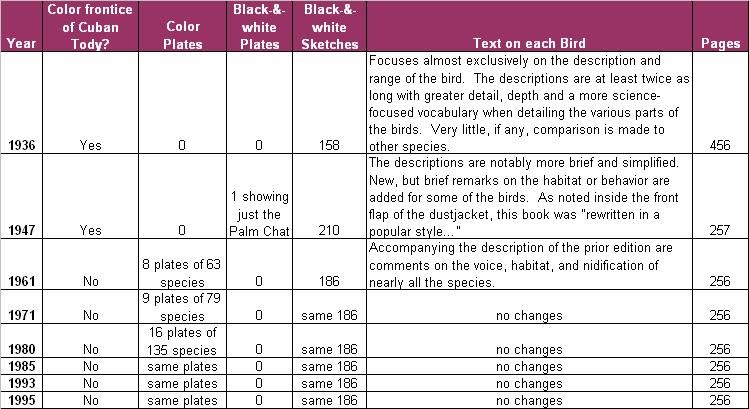