The flowers and plants below were mostly photographed in the grounds of The Delphi Club, Abaco or nearby. I expect most or many are already securely on the SD chips or hard drives of every visitor to an agreeably floral place like the Bahamas. Who can resist a pretty flower? I have confessed in earlier plant-based posts (links below) to a certain lack of aptitude around flowers. They just… are. Let’s see how this pans out – corrections and (for the last two) IDs welcome. 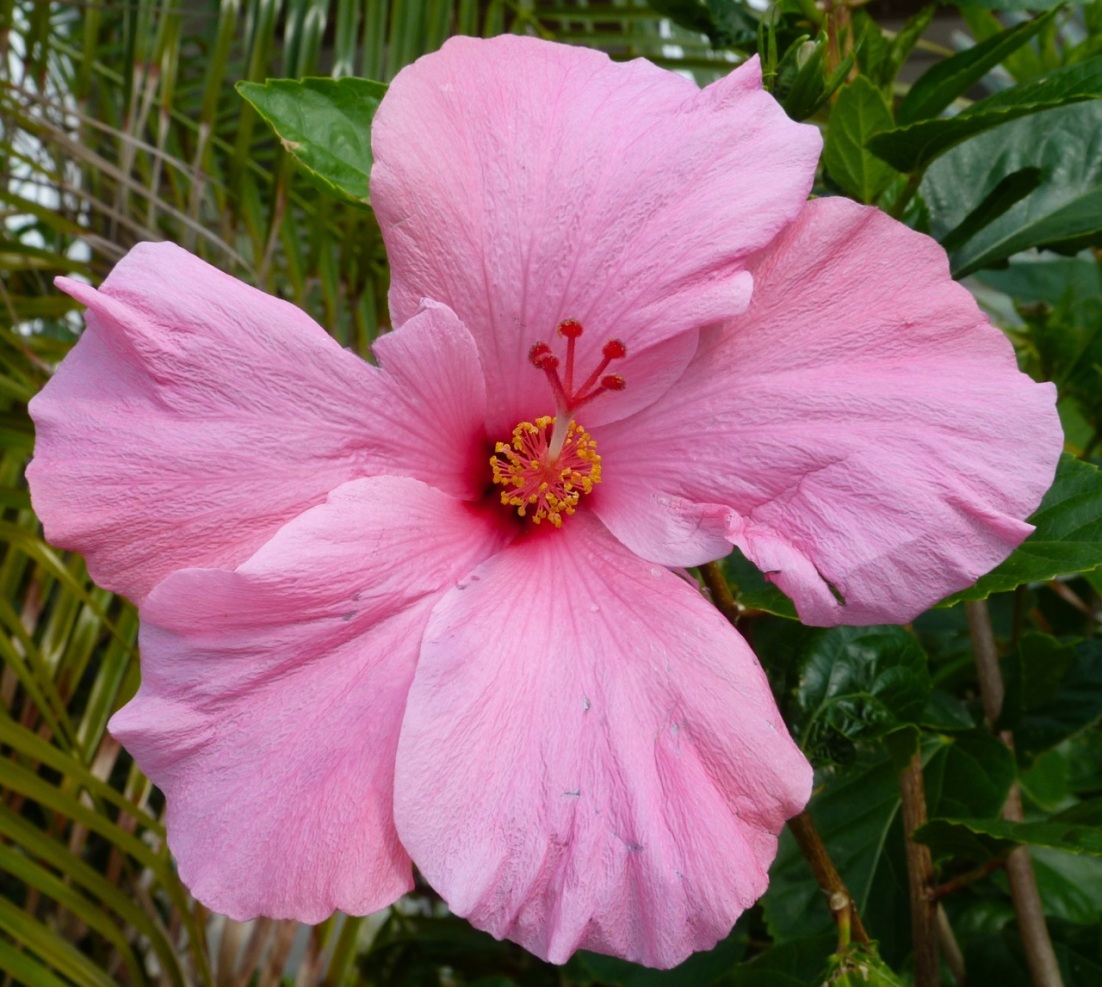 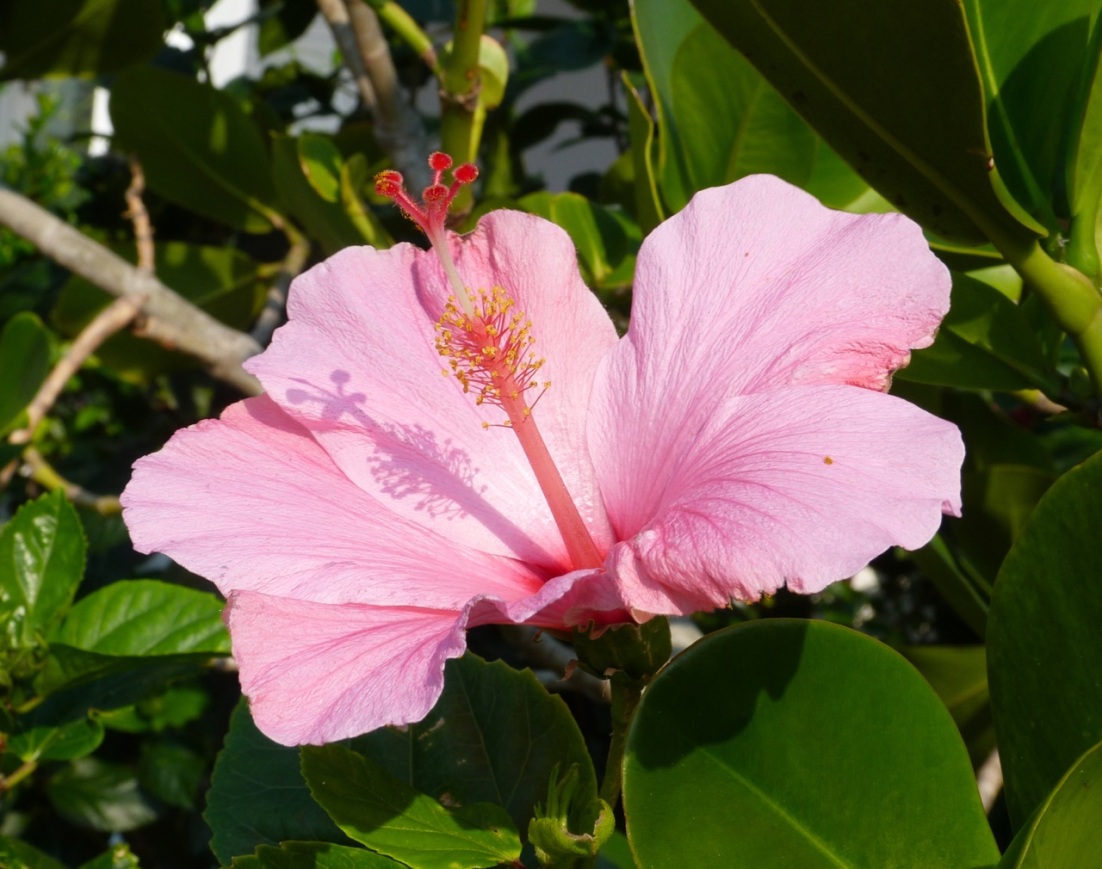 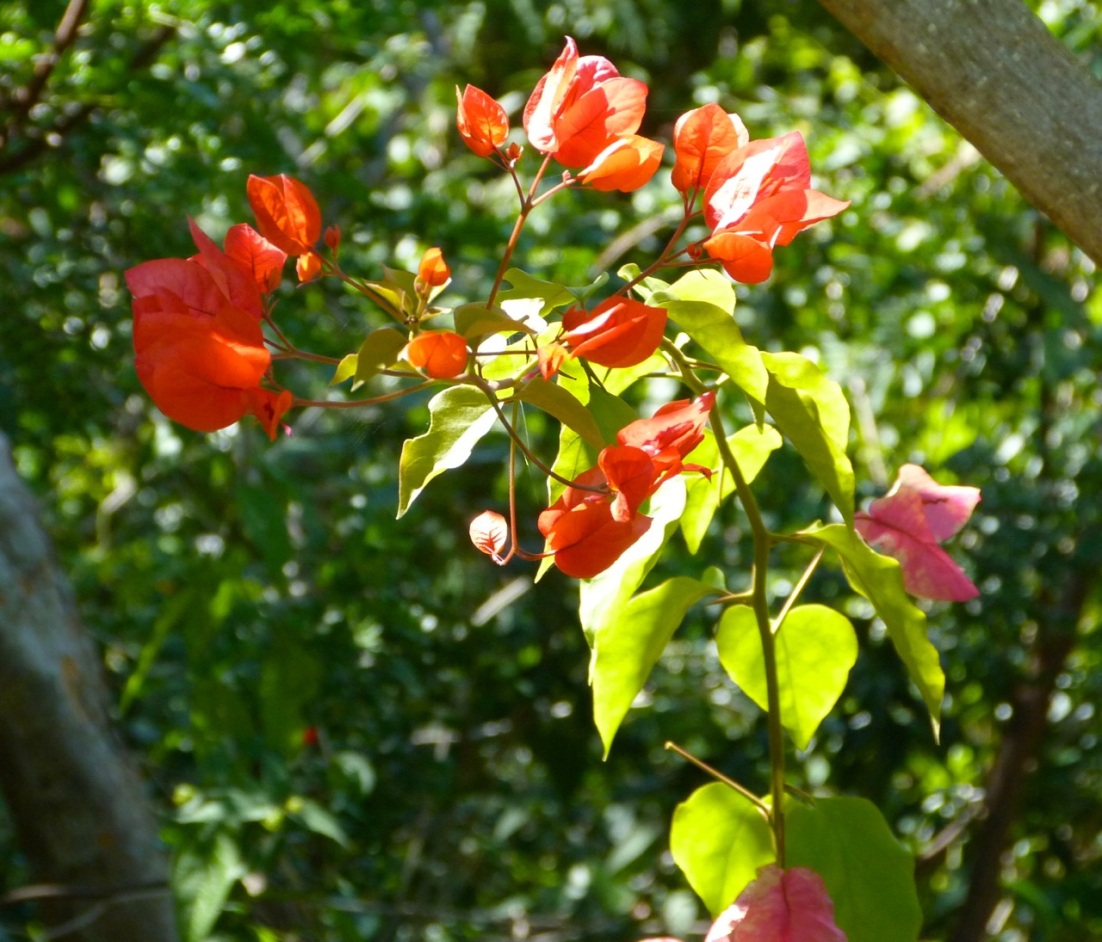 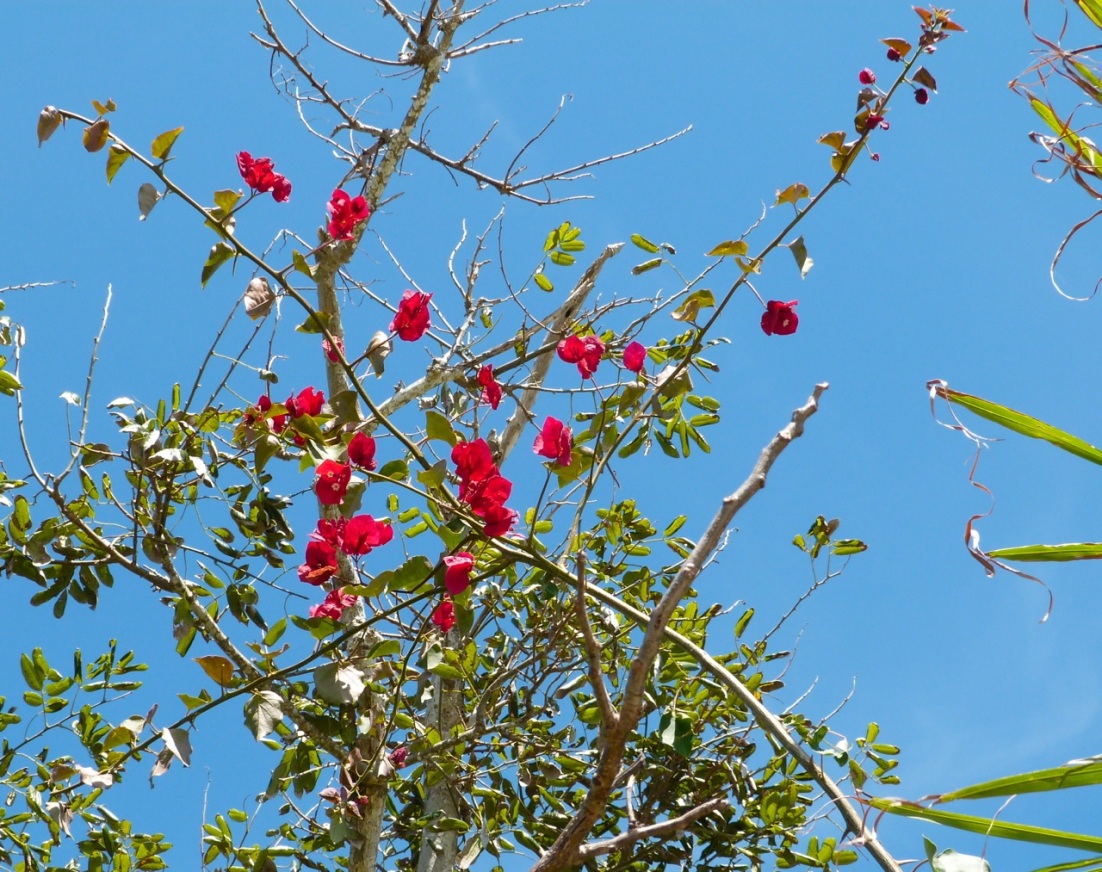 The butterfly is a Polydamus Swallowtail (also in the header image) 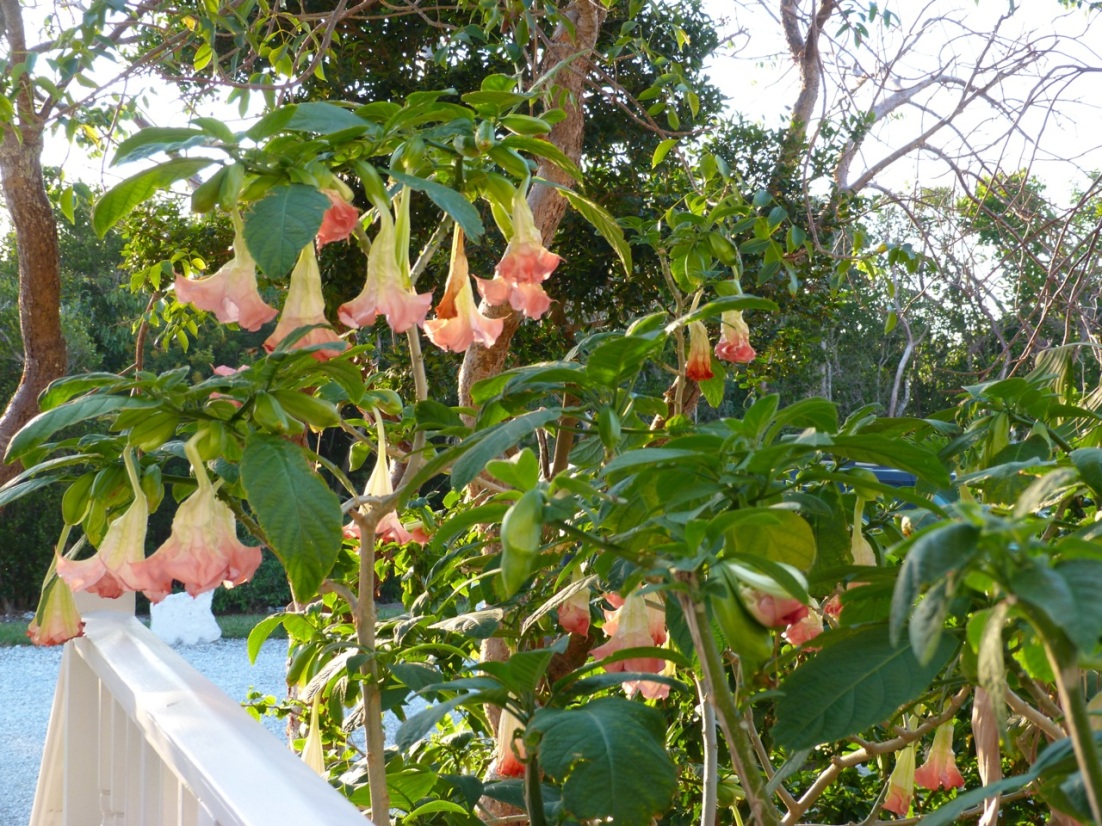 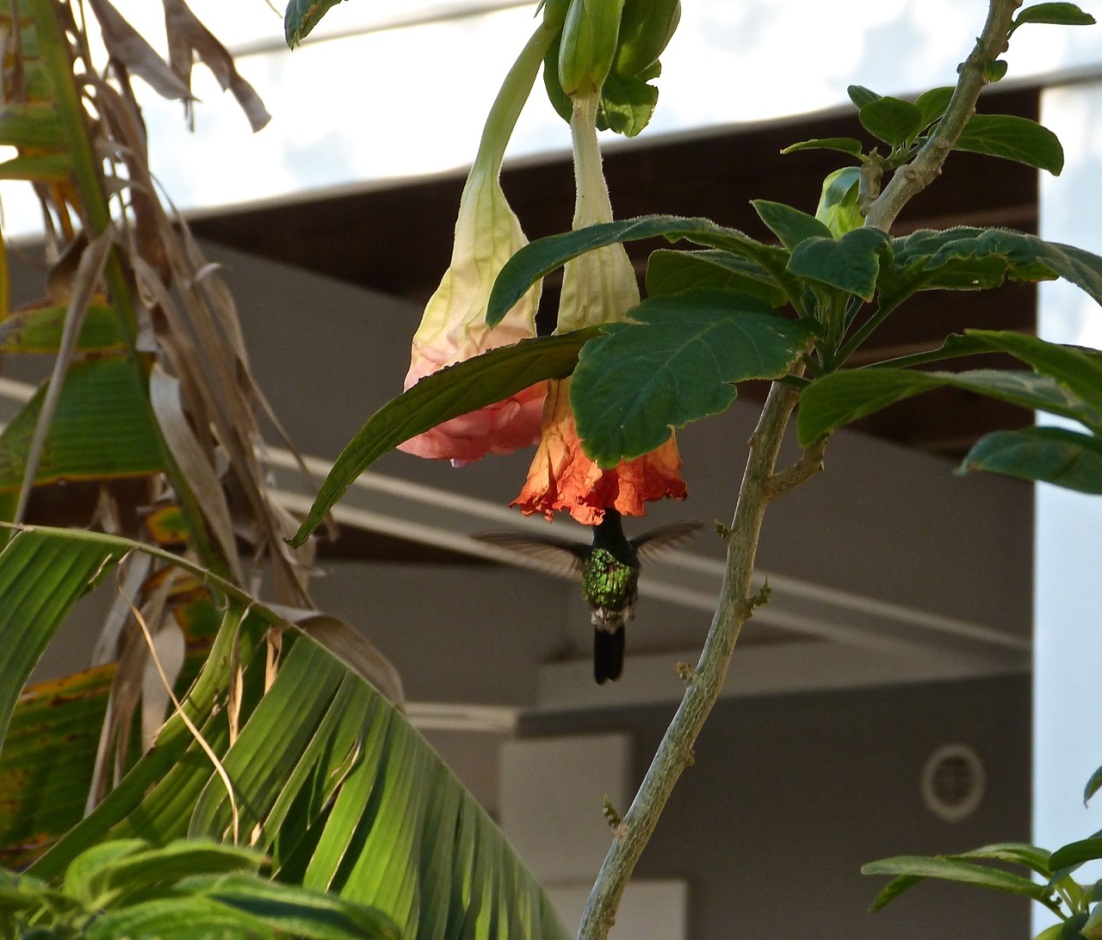 This one has a cuban emerald hummingbird feeding from it – a lucky, but frankly not very good, shot 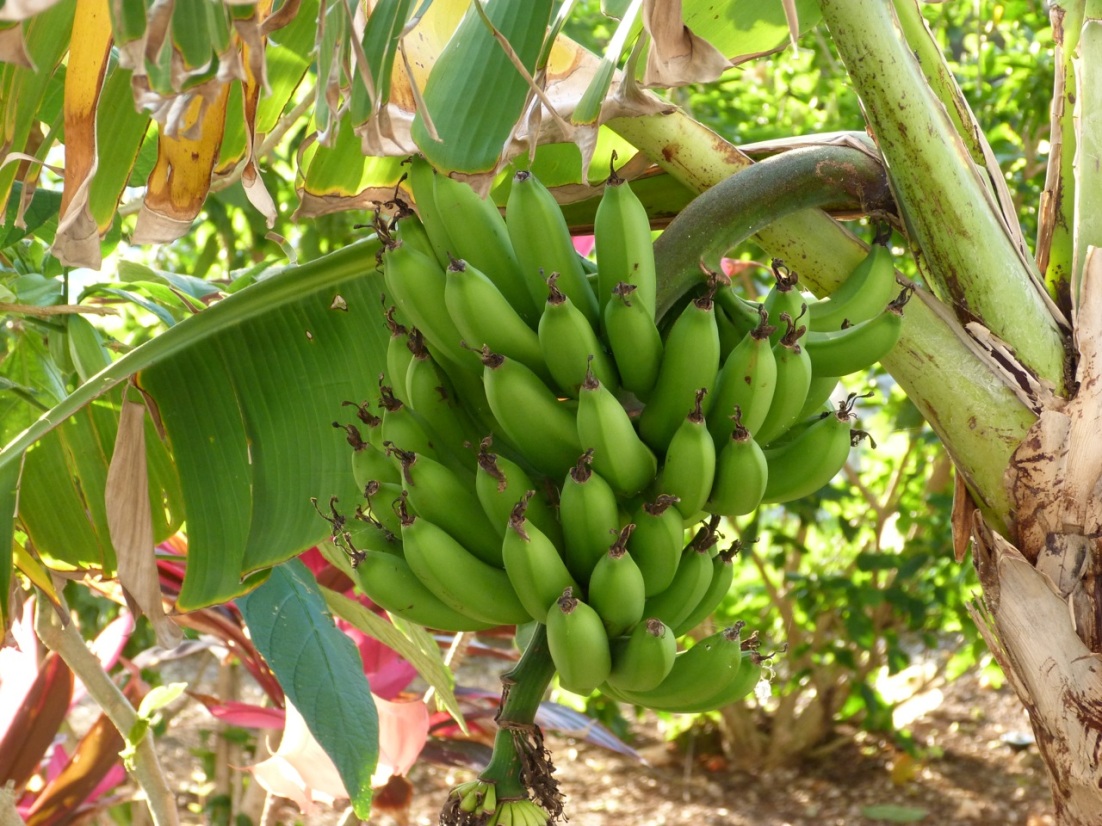 These were growing just outside our bedroom. Pity they weren’t quite ripe…

I’m beginning to struggle now. The next two plants are probably completely obvious, but I am losing my floral grip. Suggestions welcome via the comment box or email (Bridget on Tilloo, that means you…)

STOP PRESS ID within 24 hours, thanks to Nick Kenworthy who says via the comment box that this bright pink one “is loosely referred to as the Orchid tree (or Hong Kong Orchid Tree) as the blooms are very like an orchid but it comes on a tree rather than a plant”. I’ve checked my cheat books, where it is named Bauhinia pupurea, aka Orchid Tree, Butterfly Tree or (from the leaf shape) Bull Hoof Tree. The tree originates from India and Southeast Asia. Nick has undoubtedly nailed it, for which many thanks. One more to go… 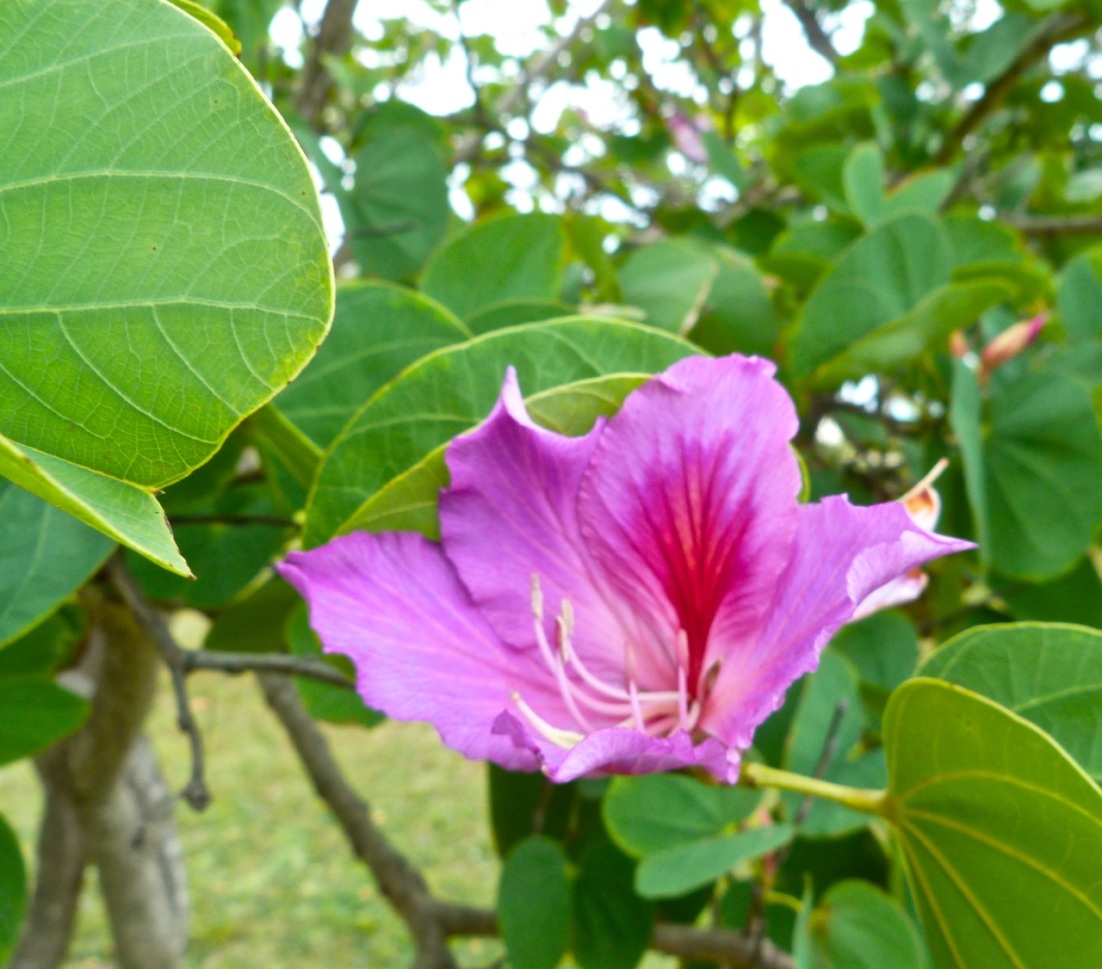 STOP PRESS 2 Nick has solved the second ID as well. His interesting information about this striking waxy plant can be seen in detail in the comments below. The answer, in a word, is ‘Jatropha’, of which there are a great many varieties – and quite a number of informal names, most of which (‘Firecracker’; ‘Star of Bethlehem’) are confusingly assigned to other plant species as well. It doesn’t feature in either of my Caribbean plant /tree reference books, so my amateur eyes didn’t actually let me down this time… This plant (there was were two of three) was in a small park area by the beach at Treasure Cay. I haven’t seen it elsewhere on Abaco.

Here are the links to a couple of my previous Abaco flower / plant posts:

A BUNCH OF FLOWERS (the most recent)

FLOWERING ON ABACO (an expedition with Ricky Johnson)

There’s a larger collection on the dedicated FLORA page, including some of the above, but also featuring articles on LIGNUM VITAE, YELLOW ELDER, Bird of Paradise flowers STRELITZIA and more