Here’s a promising-looking rocky outcrop a short distance south of Crossing Rocks. The action of the sea over centuries has eroded and pitted it – ideal for the formation of pools in which marine life can thrive. 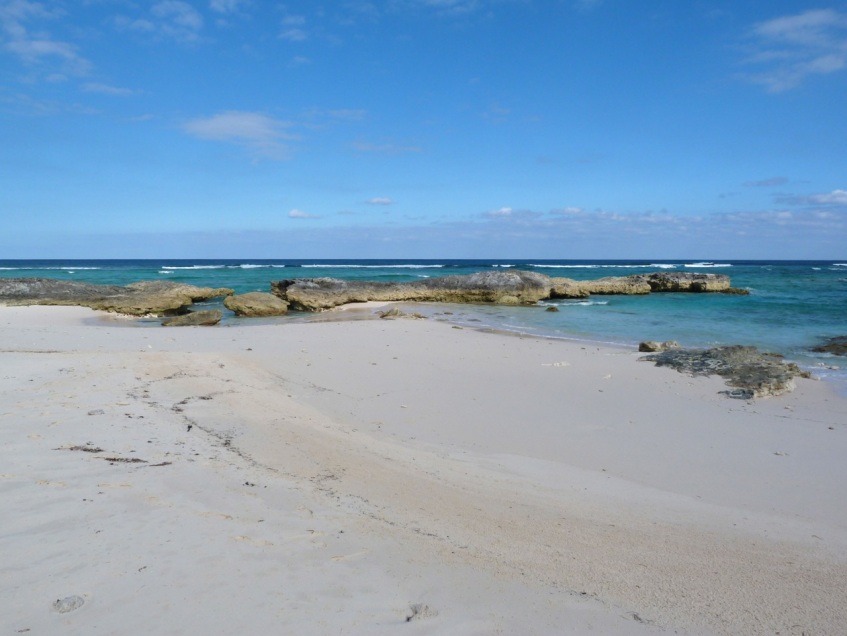 Time to clamber up to see if the theory holds good… the prospects are encouraging. There are certainly plenty of sea urchins here. 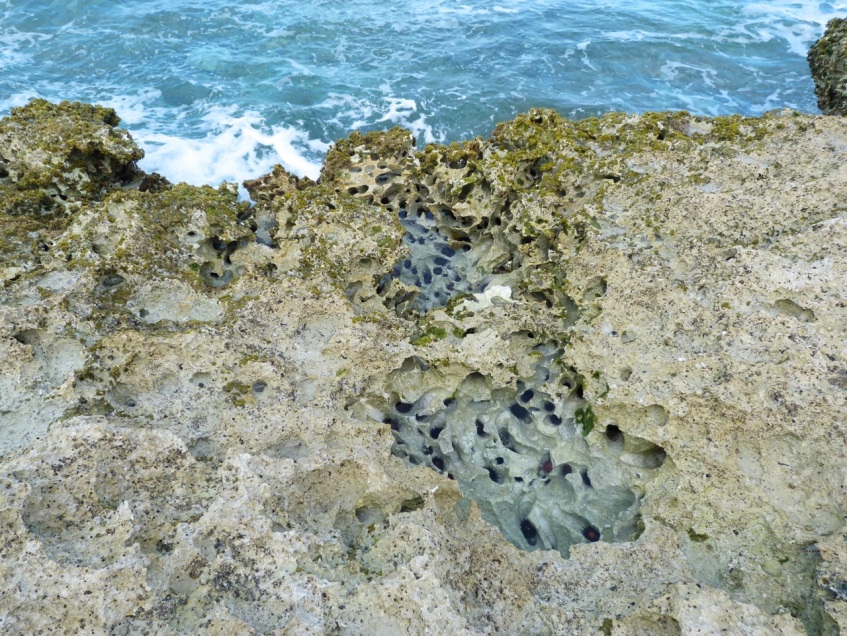 Let’s zoom in on the nearest pool. There are clearly 2 different-coloured sea urchins here, but I’m not sure if that’s an age thing or a species thing.

Apart from the sea urchins, there are some shells and other things that need a closer look… 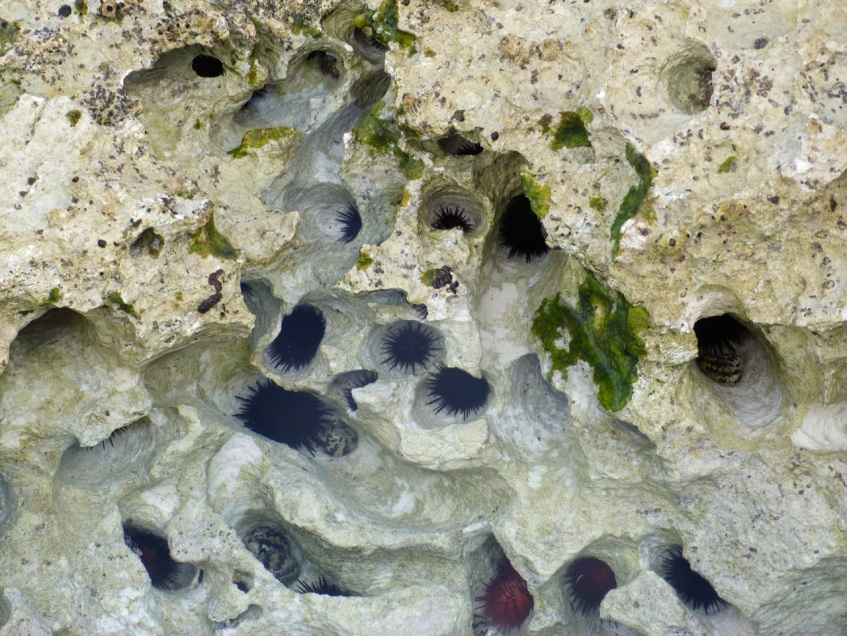 At the bottom of these photos, you can see that a zebra-marked nerite is quite happy to share a hole with an urchin. There are two brownish accretions on or in the rock. My tentative suggestion is that these are the shells of some sort of worm, perhaps petaloconchus.

UPDATE Rick Guest helpfully comments “Yes, it’s quite the invertebrate hotel mostly due to the urchin’s talent for scouring out protective “rooms”. Of interest is the Magpie shell (Livona pica) in frames 4 and 5. The rather ubiquitous Livona’s very thick shell, (Up to 5″ diameter) and ability to withstand most attempts at removal by predators, including Homo sapiens, assures their continued presence on littoral shore lines. They are edible, but not particular tasty to my palet. All these “Condo” residents “party” at night and will even leave the rock in search of food and perhaps romance, so a flash pic of the condo at night would be an interesting contrast to a daylight shot”.

In a snug little cave (top right) just above the water-level of the pool is a primitive-looking chiton, a species that has been around for millions of years. Below, there’s a clearer image of one from a different pool. These creatures always remind me of school projects on prehistoric trilobites. 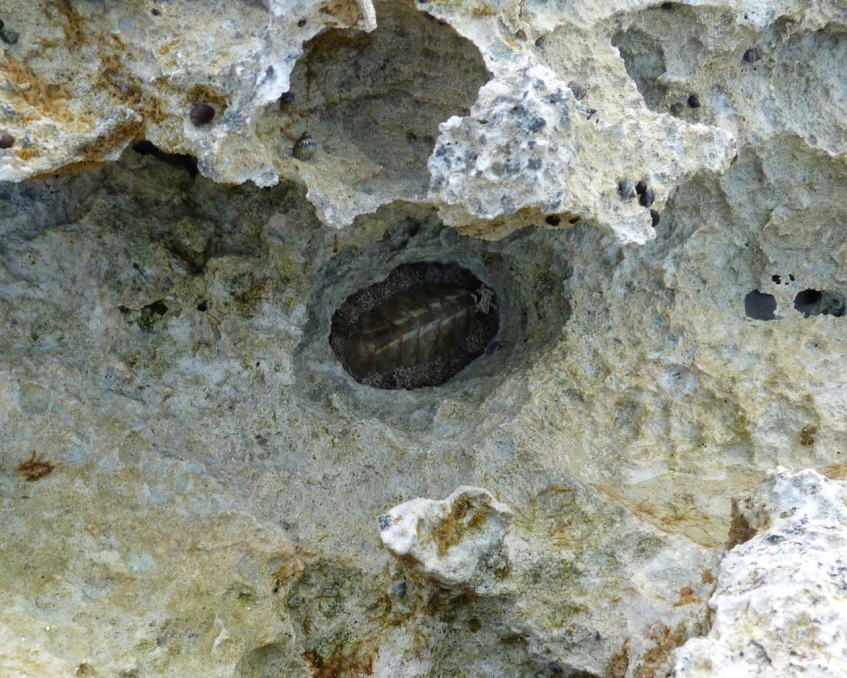 The rough rocky surfaces close to the pool are covered in shells. The stripey nerites are small, the grey shells really are miniature.  They are mostly littorines/ periwinkles and perhaps ceriths, I think.

Close-up views of nerites showing their distinctive markings and spirals

5 thoughts on “TAKING A CLOSER LOOK: ROCK POOLS ON ABACO”