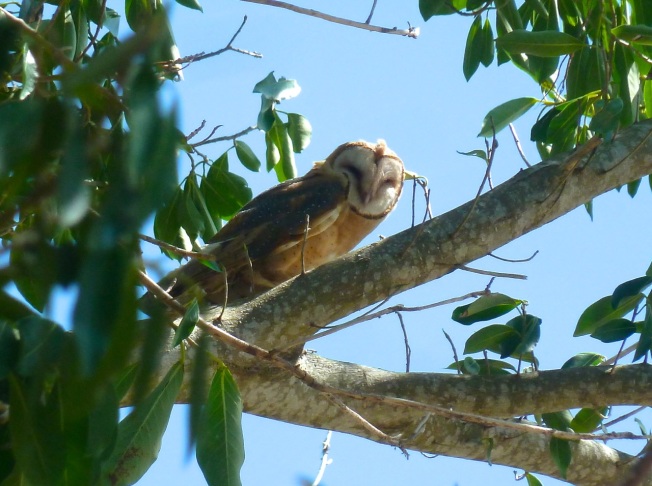 Realistically, the Barn Owl (Tyto alba) is the only owl you are likely to see – and hear – on Abaco. The species is permanently resident, which is a good start in that the opportunities for sighting one exist year-round. Although they are not at all common they can be found in particular locations, for example the Treasure Cay area. There are two other owl species recorded for Abaco: the Burrowing Owl, a rare vagrant (post coming soon); and the Northern Saw-whet Owl, a vanishingly rare vagrant recorded a handful of times that I don’t propose to feature unless and until it decides to visit Abaco more frequently… 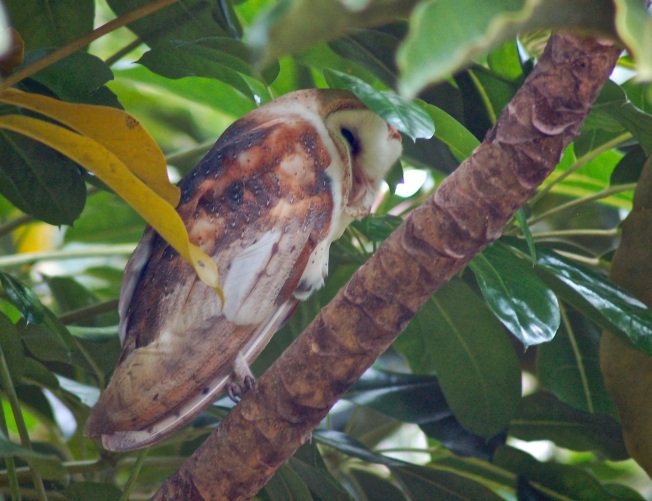 The shrill banshee cry of the Barn Owl – known in many places as the ‘screech owl’ (which, strictly, is a different owl species) – is unmistakeable. Mainly nocturnal, they fly noiselessly like white ghosts in the night. If you are lucky enough to see one in daytime, you’ll be struck by the beautiful heart-shaped face and (if close enough) the delicate markings. We are lucky enough to live in barn owl country in the UK. In summer we often hear them at night as they hunt for rodents and other small mammals. Last night, for example, at 2.30 a.m. Barn owls also make an intimidating hissing noise.

Both photos above were taken on Abaco. Woody Bracey’s header image is featured in “THE BIRDS OF ABACO“. Becky Marvil’s photo was taken near Treasure Cay. I’ve never seen a barn owl on Abaco, but  I’ve been lucky enough to get close to a couple – last summer in Dorset, and last week in Cornwall. For those who have never seen one, here is a gallery of my own images that show what wonderful birds they are. 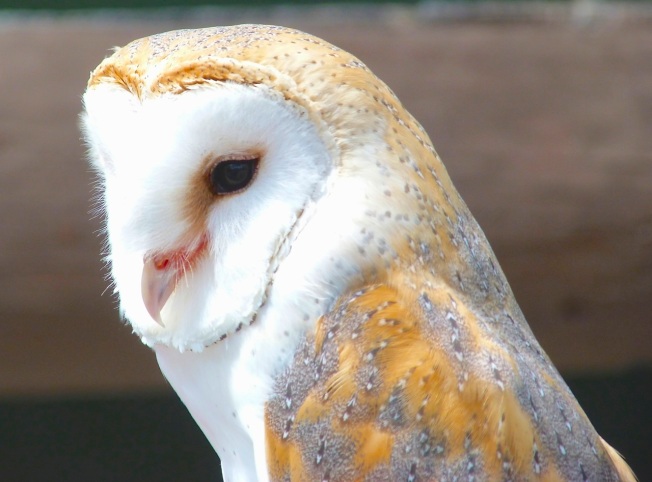 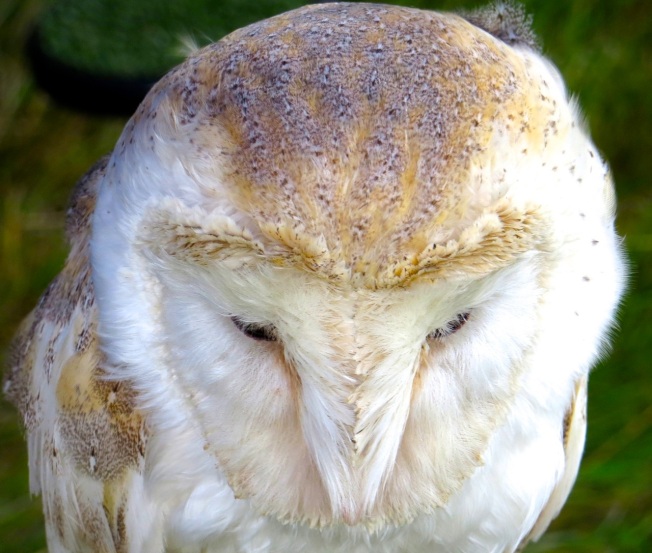 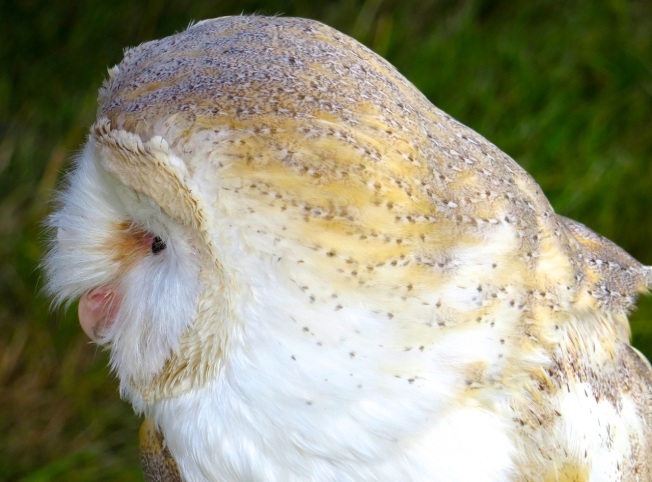 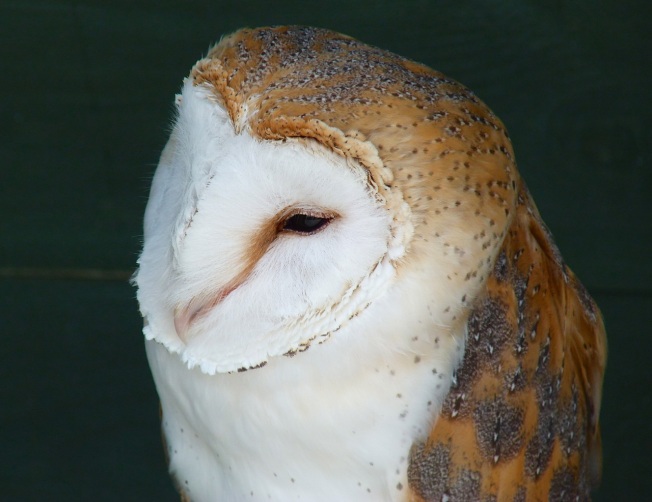 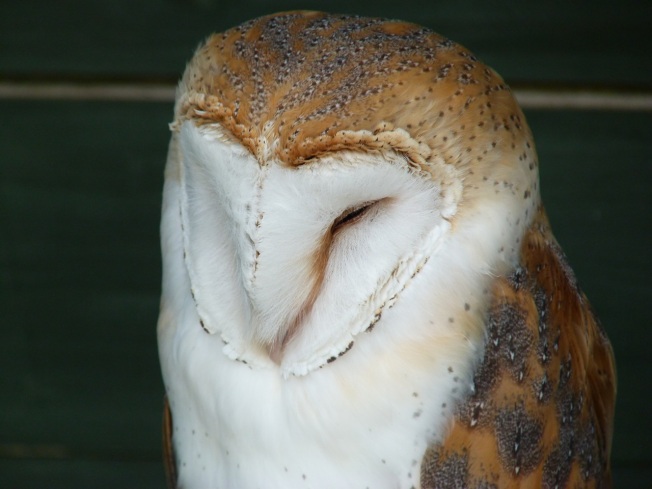 This close-up of a barn owl shows the typical speckling on its pure white front, and the wing patterns 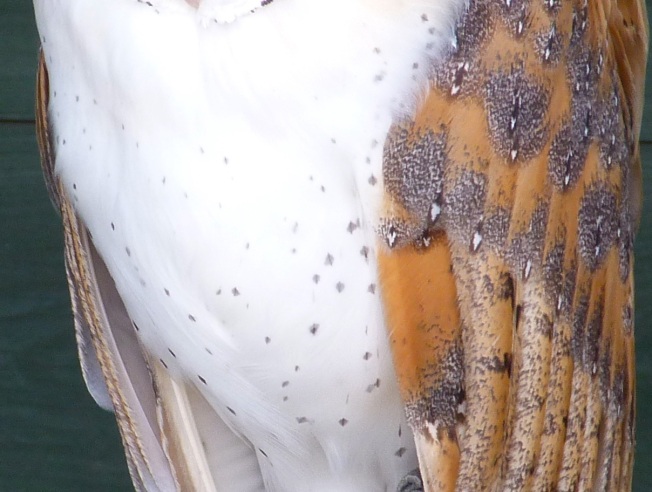 This fluffy baby barn owl was recently rescued and is being cared for in a sanctuary before being returned to the wild. Whimsy is rarely permitted  in this blog, but seriously, folks – cute overload! 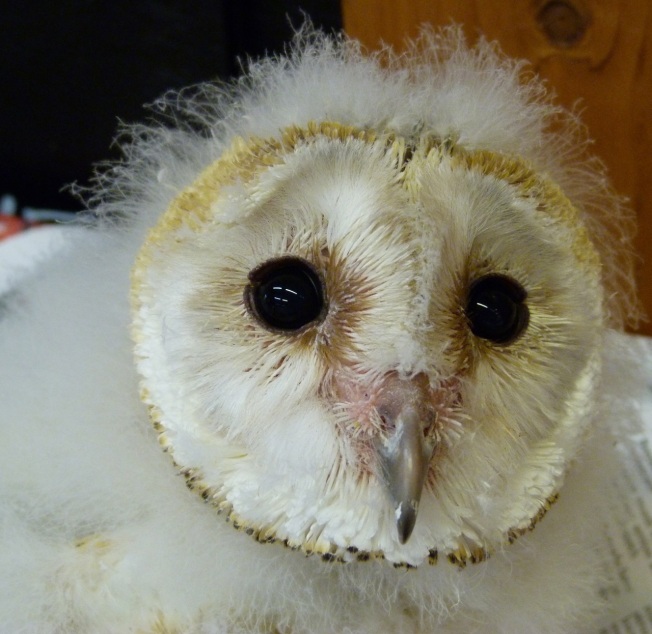