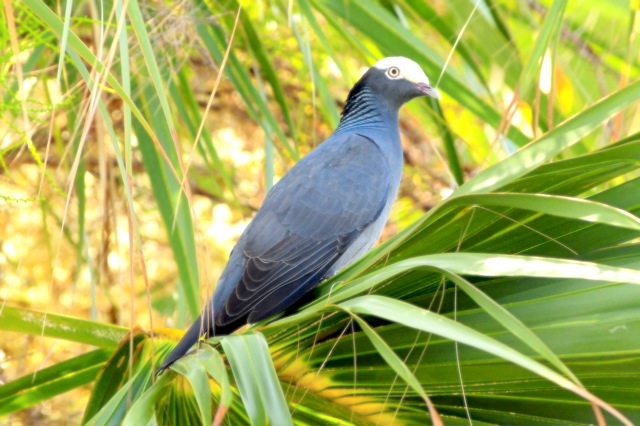 Fishing is the mainstay of Abaco’s sporting life, but hunting runs it a close second. Whether it’s the hog hunters plunging down remote backcountry tracks with their dogs or the shooters plying their trade, there is plenty on the hunter’s menu. The WHITE-CROWNED PIGEON Patagioenas leucocephala is one of the species that’s fair game in season. The bright white of its crown rather gives away its position. A permanent resident on Abaco, this pigeon is quite commonly found. 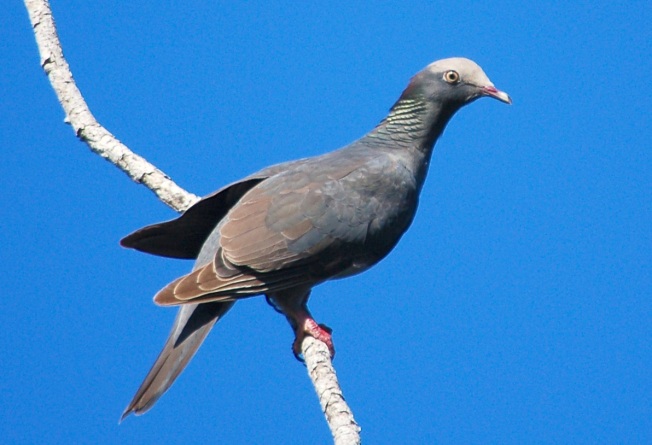 The Bahamas hunting season for this species is between the end of September and March. Here is the relevant extract from the excellent BNT HUNTERS GUIDE, a very useful publication packed with information that is well worth a look at.

Unfortunately, this pigeon is no longer as prolific as it once was, and is now IUCN-listed ‘near-threatened’. Hunting is one reason. Habitat loss is another. And apparently in Florida (the only US State that has these birds), car-strike is a major cause of population decline (with time, they may learn to fly higher. Unless it’s too late for the species by then…).

The balance of species preservation and the perceived need of humans to encroach on habitat or their wish to shoot for the pot, is a always a hard one to judge. ‘Near-threatened’ sounds bad, but it’s probably not until the next stage is reached – ‘vulnerable’ or ‘endangered’ – that there is real cause for concern. But as the title says (props to Peter Mantle for this pithy observation, duly incorporated into the WCP entry in THE BIRDS OF ABACO) these inoffensive pigeons are indeed ‘sadly delicious…’

3 thoughts on ““FAIR GAME” ON ABACO: THE ATTRACTIVE BUT SADLY DELICIOUS WHITE-CROWNED PIGEON”