VIREOS ON ABACO (2): THE PHILADELPHIA VIREO

Vireos haven’t had as much attention as they deserve hereabouts. I have posted about the BLACK-WHISKERED VIREO, but the 7 other vireo species found on Abaco haven’t had much of a look in. It’s a wrong that I shall right at once by featuring the rather shy Philadelphia Vireo Vireo philadelphicus. Here is the full list of the vireos recorded for Abaco, from which you will see that only the Thick-billed Vireo is a common permanent resident. The Black-whiskered vireo is a common summer breeding resident; there are 2 uncommon winter residents; and the other 4 are transients that chose Abaco as a resting place on their migrations.

This little bird tends  to be described with such unkind adjectives as ‘drab’, ‘dull’ and ‘plain’, but  like many under-appreciated species it has its own charm. The header image and the one above give excellent close-up views. The signifiers include the dark eyes, white eyebrows, the dark line through the eyes, the yellow underparts, and in the negative sense the complete absence of eye rings, wing bars or tail markings. And the thick bill is one quick way to distinguish it from similar-looking warbler species, with their generally smaller, pointy beaks.

The Philadelphia Vireo has a wide range, from its summer breeding grounds as far north as Canada down to its winter quarters in Mexico and South America. They have even, very rarely, been seen in Europe. The connection with Philadelphia is somewhat tenuous and arises because the bird was first identified in 1842 from a specimen collected near Philadelphia. However their visits there are brief, since at best it is only a stopover on their migration route… 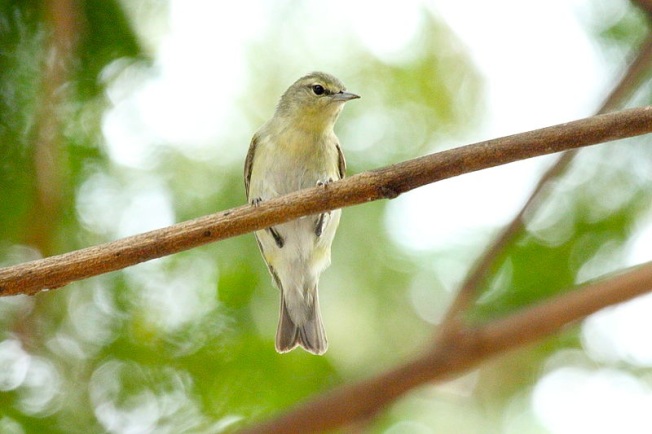 Here is the song comparison between (in order) the Philly, the familiar TBV whose song accompanies everyday life on Abaco, and the Black-whiskered vireo. My TBV recording is rather quieter than the other 2. 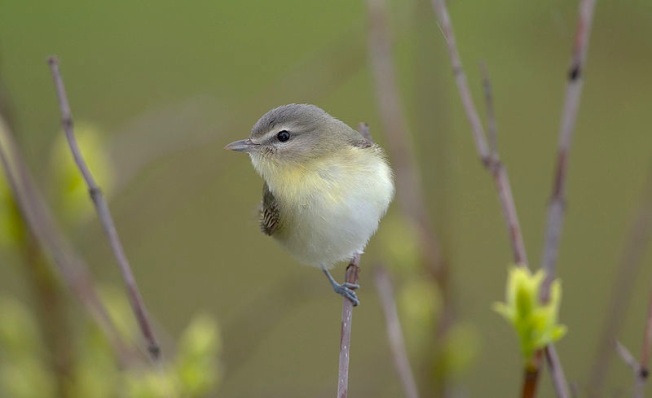 4 thoughts on “VIREOS ON ABACO (2): THE PHILADELPHIA VIREO”