That’s ‘Batfish’ (or strictly, Batfishes, for there are some 60 species worldwide), as in one of the weirdest, most alien underwater creatures you may ever encounter. As opposed to ‘Bait Fish’, those little silvery specimens that are so attractive to predator fish higher up the food chain – the ones fishermen might be interested in… And the Batfish has no connection at all with Bruce Wayne of Wayne Manor, Gotham City nor with his sidekick Robin. 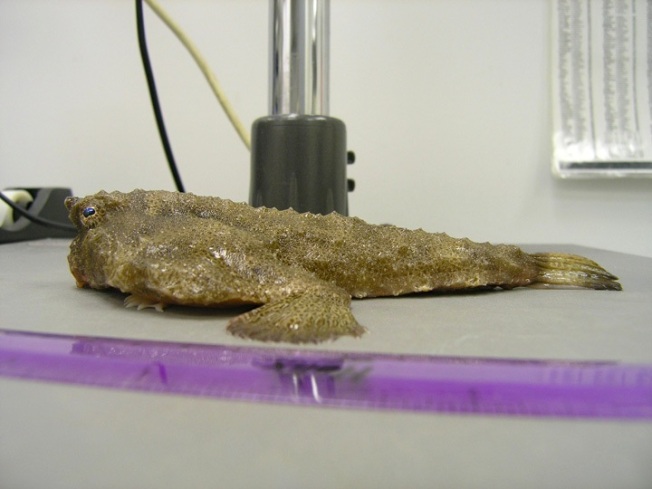 I mention this bizarre-looking and -acting creature because two have recently been seen and photographed in Abaco waters and although I’d heard of the batfish and even knew vaguely what one looked like, I was quite unprepared for the real thing. Ellen Sokol is a Captain for Kiskeedee Sailing Charters which during the summer is based in the Abacos and which amongst other things gives youngsters the opportunity to snorkel and to learn about undersea life. Ellen says: “I was snorkelling when I saw this thing on the bottom.  At first, I thought it was a dead bird!  It wasn’t moving at all even when I touched it with my flipper.  Later when I read about this fish I learned that it sits motionless and uses the long nose to attract prey.  I suppose that is exactly what it was doing when I rudely interrupted it! I later researched, and found it to be a spotted batfish”.   Because they had no underwater camera on board, Ellen’s son gently scooped it up in a net so they could take a quick photo of the fish before returning it. Quick thinking!

The other recent sighting was posted with a photo on FB within the last 3 weeks by the excellent CRUISE ABACO.

CAN YOU SHOW ME SOME MORE EXAMPLES OF THIS INTRIGUING FISH?

By all means. Here are some images of other batfish species – red-lipped, long nosed, short nosed – each peculiar in its own way. You’ll see their preferred, most unfishlike method for getting around. 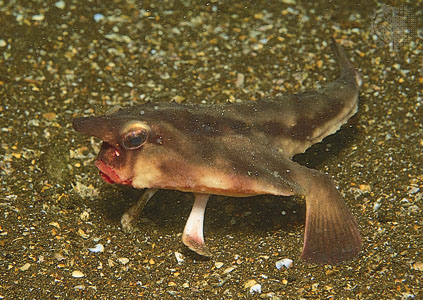 “Heather Ashcraft found this very rare short-nosed bat fish on Eleuthera, Bahamas Sept 17 2013. It is a very strange (almost alien) looking combination of bat, frog, bird, and fish. The pelvic fins are used for walking on the ocean floor… Above the bat face is a horn (or beak)…” 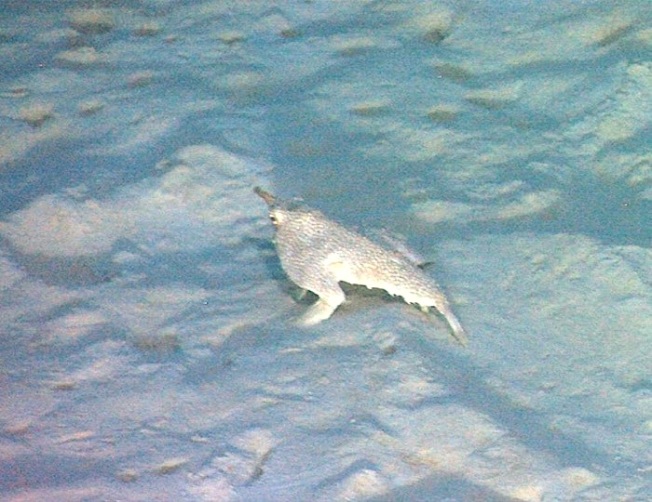