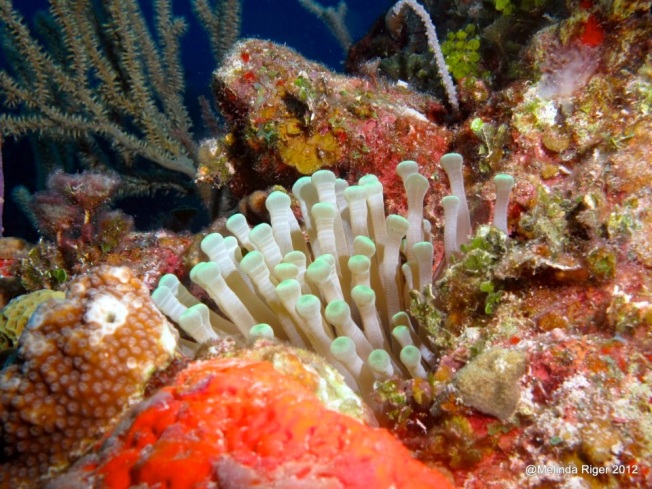 The giant anemone is found in the shallow reefs and lagoons of the Caribbean and western Atlantic. These are, of course, animals and not plants, with many tentacles that surround their mouth. They attach themselves to rock or in rock crevices, mooring themselves securely against the swell of the waves. 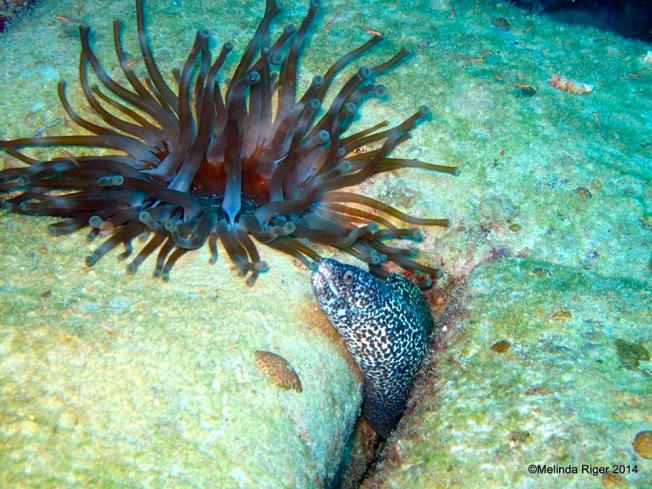 One important feature of a healthy anemone population is the shelter they give to certain small fish and cleaner shrimp species. They act as bases for FISH CLEANING activities, a vital role in the undersea community.

HOW DO THEY HAVE… ERM… SEX?

The sex lives of anemones seems particularly complicated (as they would doubtless think about humans). Cutting to the chase, reproduction involves the synchronous spawning of eggs and sperm, with fertilisation occurring in the surrounding water. The fertilised eggs become larval and spread in the water column, which increases their chances of survival. They settle on the BENTHOS, where they develop a “pedal leg” (rather in the manner of a gastropod) which in due course they will use to move from A to… A plus a very short distance.

These anemones come in many colours. The tentacles often have tips of various hues, and are the only free-floating part of the animal. The body is safely attached to the rock.

The giant anemone has primitive defensive mechanisms. It needs them, because it crawls so slowly that successful escape by moving is unlikely. Instead they reduce their size by drawing their tentacles into, or as close as possible to, their gastric cavity. They make room for this by forcing most of the water out. This reduces their overall size and of course removes – or at least diminishes – the ”50 colourful tentacles waving around” predator-magnet problem. But also…

…they have a trump card. The tips of the giant anemones’ tentacles are packed with cells that contain a toxin. When stimulated, the cells (‘nemocysts’) “explode out of the capsule, impaling the attacker”. The toxin is then discharged, causing extreme pain and paralysis. How cool is that? It’s the superpower we’d all like to have! Or is that just me?
This is also how an anemone feeds, by quickly paralyzing its prey with the ‘toxic tentacles of doom’. The prey is moved to the mouth and swallowed whole… 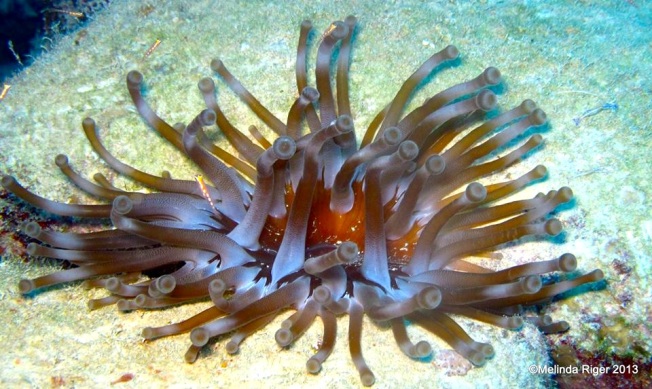 Credits: Melinda Riger of Grand Bahama Scuba, with thanks as always