A WHITER SHADE OF TAIL? LEUCISM IN BIRDS

And not just the tail*. Other parts of a bird. Sometimes most of a bird. More rarely, an entire bird. Whichever, a bird affected by leucism stands out from the crowd – out of the ordinary and therefore startling to the eye. I’d be very surprised if the fine turkey vulture in the header image didn’t make you look twice – maybe even to check if some devious Rolling Harbour P/shop trickery had been at work. Yet it’s just a TV / TUVU in the Florida Keys, living a normal vulturine life.

For comparison – the real deal 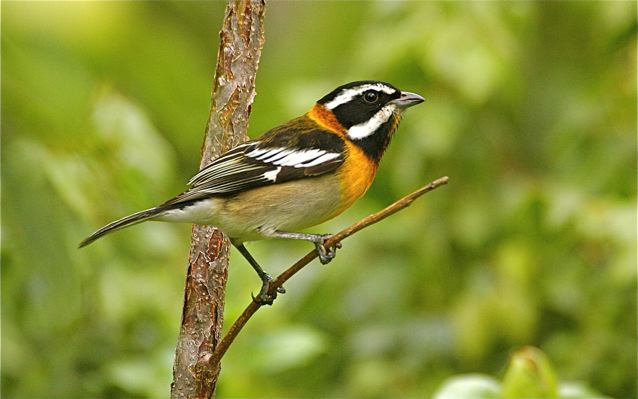 LEUCISM? EXCUSE ME, AND THAT IS?

First, what it is not. It is not albinism, which results from diminished or lost melanin production that affects pigmentation. One characteristic of the condition is the tendency to pink eyes, which of course is seen in humans as well as animals and birds. Here’s an obvious yet totes adorbs illustration:

WELL, WHAT IS IT THEN?

Put simply, melanin is only one of many ingredients of pigmentation. Leucism is caused through pigment loss involving many types of pigment, not just melanin. In birds this results in unnaturally light or white colouring of feathers that may be partial or entire. The eyes of a bird with leucism are unaffected. At one extreme, if all pigment cells fail, a white bird will result; at the other extreme, pigment defects cause patches and blotches of pale or white on the bird, often called a ‘pied’ effect. The condition can be inherited.

A mallard on Abaco. The species is known for its wide colour variations in both sexes. Sometimes the variations go beyond the usual range. This is a leucistic bird – though not, as it appears, one-legged. 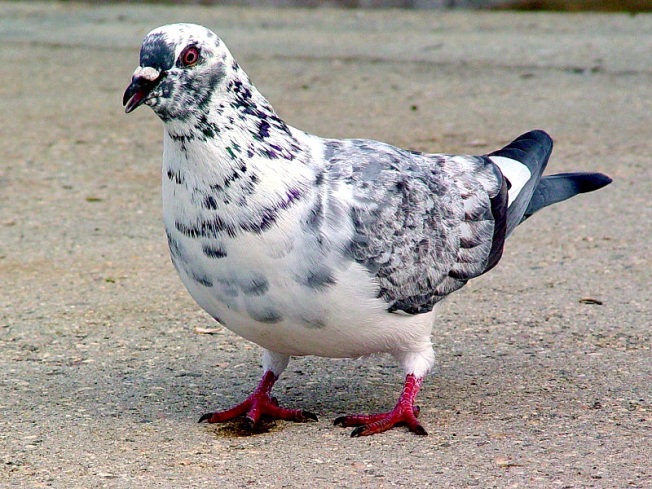 I have found more examples of leucism in the ‘Bahama Duck’ than any other local species. But there is also scope for confusion. First, here’s a pintail that is undoubtedly leucistic – note that the eyes and beak are unaffected by pigmentation deficiency:

But not all pale variants can be so confidently labelled. Here are two photos I took at the well-known birding pond on the Treasure Cay golf course [ask for permission at the club house first – it may, for example, be a match day]. In the first, bottom right, there is plainly an ‘odd’ pintail, silvery rather than ruddy brown (yes, I do see the coot in the pack as well). The second photo shows the same bird on dry land. 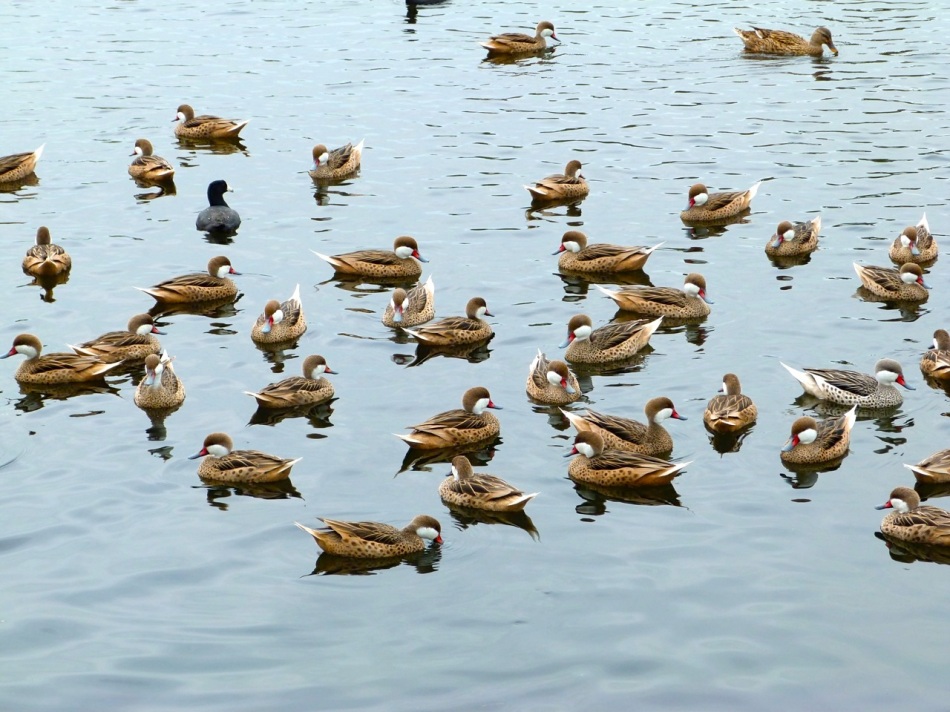 This is known as a ‘silver pintail’. These are said to be a leuchistic variant, and they are stocked by poultry dealers as ornamental ducks at a higher price than the standard brown (and much-loved) version. However this bird clearly retains the essential markings of a normal pintail that you might expect to be absent (at least in patches) in the ‘true’ leucistic bird. I’ve seen it describes as a ‘gray morph’. I wonder where the line is drawn between a marked colour variant or morph in a bird; and an obviously pigment-abnormal, leucistic bird where incidence and extent of the condition seems to be random.

A fine example of a ‘pied’ American Robin, an occasional visiting species on Abaco 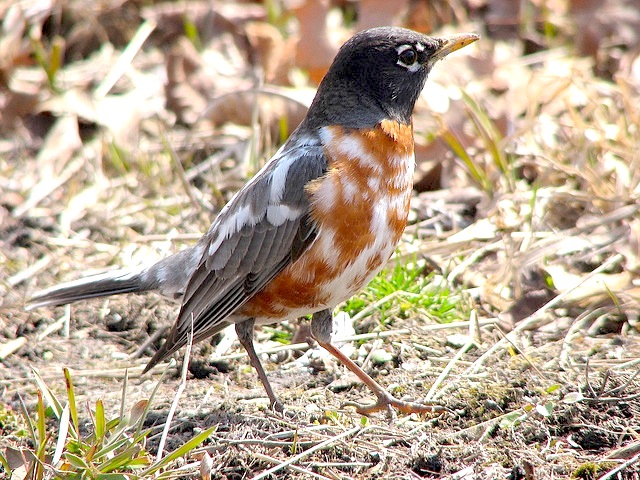 PIPING PLOVERS CAN BE LEUCISTIC TOO

PIPL are my current bird preoccupation, but until I checked them out, I hadn’t imagined what a leucistic one would look like. I now have the answer… 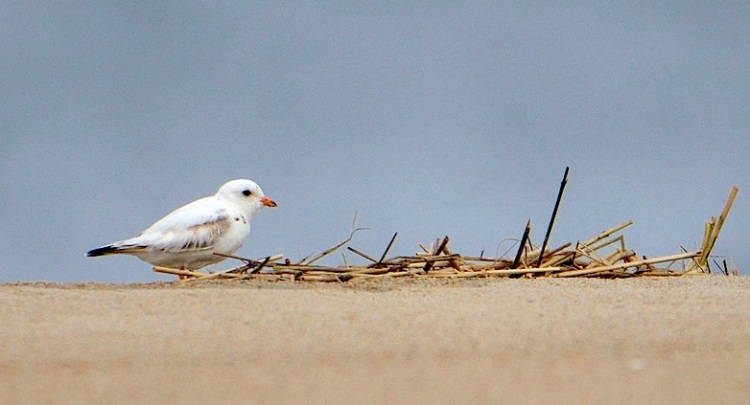 These photos of a leucistic female were featured by Audubon Alliance for Coastal Waterbirds, Audubon Connecticut. They were taken by Jim Panaccione, a Biological Science Technician at Parker River National Wildlife Refuge, Newburyport, Massachusetts in 2012. I hope he won’t mind their illustrative use here… Despite the theory that leucistic birds may find it hard to find a mate – and might even be attacked by its own species – this pair successfully nested in 2012.

I’d be interested to hear about other leucistic birds found on Abaco. Please add a comment or email me. Or upload a photo to the Rolling Harbour FB page if you like.

A WHITER SHADE OF PALE

*Obviously, it had to be ‘tail’ in the title to justify one of my clunky ‘jokes’ and an accompanying musical diversion. That’s just the way it is, I’m afraid. Bach’s well-known descending chord sequence of was of course ingeniously adapted by Procol Harum for ‘A Whiter Shade of Pale’, their first single in 1967. Relive a Summer of Love right here and now. Or for a change try a different version by Annie Lennox

Any fret-tweakers might like to see the sheet music of Bach’s Air for guitar – you could even play it on Air Guitar – which is relatively easy, being in C major. 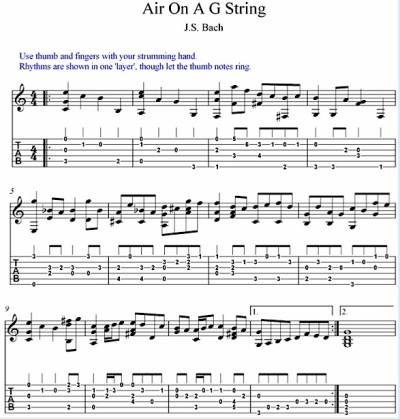 The best known commercial use of the tune was in the famed series of adverts that  equated a mild cigar called Hamlet with happiness, accompanied by an excerpt from a jazzy version of Bach’s ‘Air on the G String’. Here is one of the best – and possibly the only advert to my knowledge to feature not one, but two excellent Sir Walter Raleigh jokes. But the music never gets past the first familiar chord…

4 thoughts on “A WHITER SHADE OF TAIL? LEUCISM IN BIRDS”