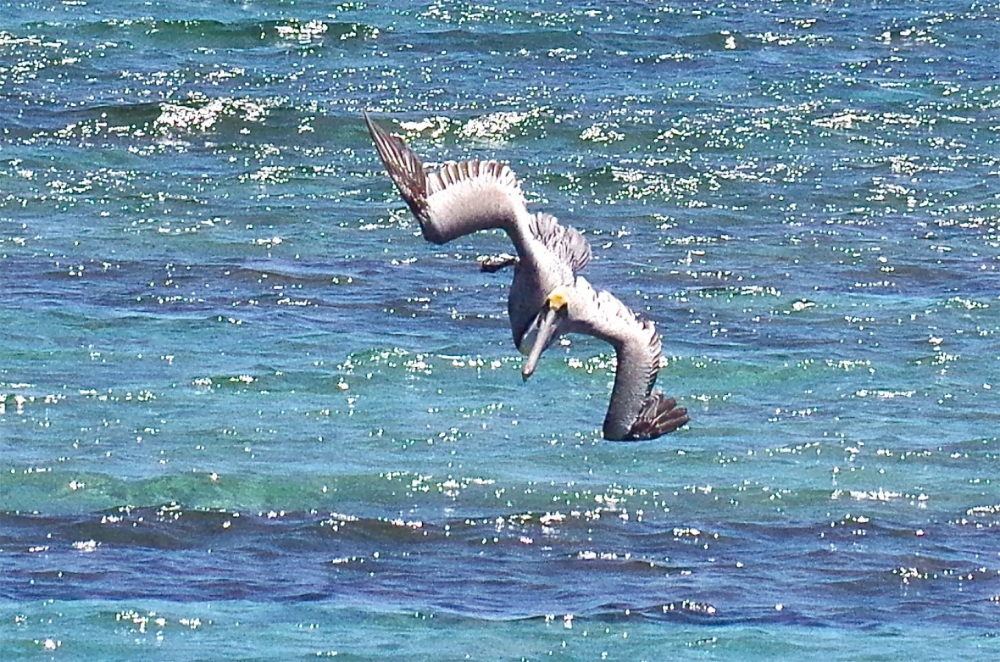 The small settlement of Sandy Point is literally at the end of the road. Beyond the limit of the tarmac lies the shallow sea. The Highway – Abaco’s only main road – extends the length of the skinny island, 120 miles roughly north to south with occasional side roads to settlements, dirt roads, forestry tracks, and something a bit more significant for Marsh Harbour – a roundabout, a single set of working traffic lights, the only ones on the island. There’s a second set but I have never seen them working. I don’t think anyone ever has. Maybe they were never even wired up.

We went to Sandy Point for lunch with friends at the famous (though not yet world-famous) Nancy’s, with its reliably comforting menu of a choice of the same 3 dishes permanently on offer (fresh fish, conch, or chicken), plus Kalik or Sands beer. Simple yet satisfying. Sandy Point is a great place for birding, both sea / shore / wading birds, and land birds. Ospreys are often around. And brown pelicans. At high tide they dive off the dock (see HERE). At low tide, when the long sand bars are just visible above the water level, the pelicans use them as base for their fishing operations, often some 200 yards from the shoreline. 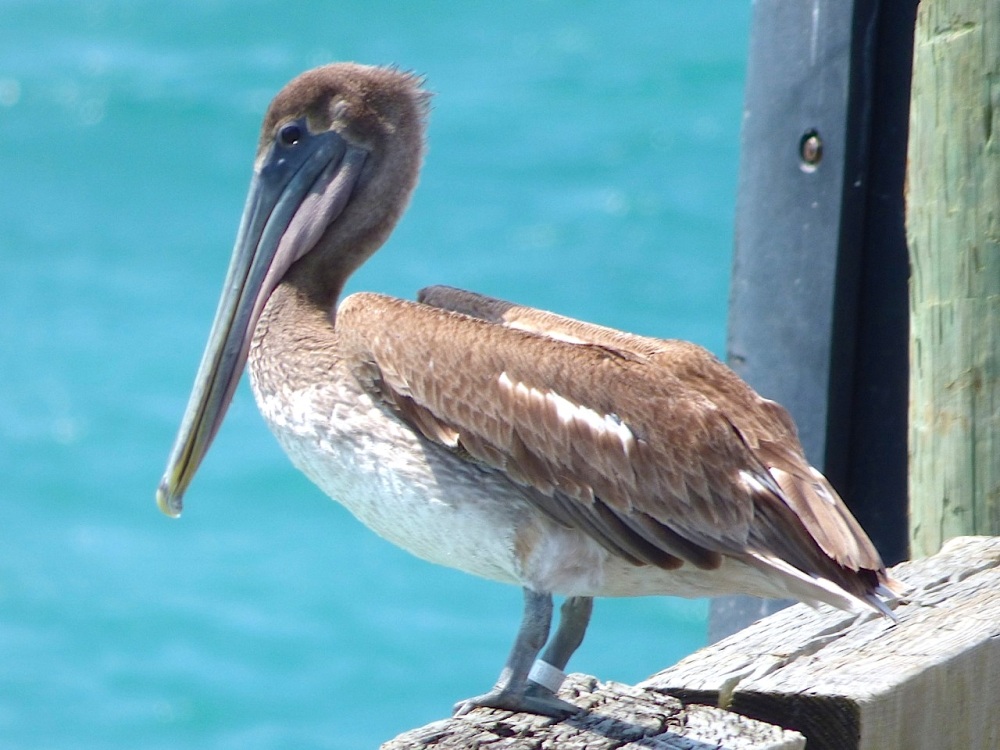 We were watching 5 pelicans doing just that – lazily flapping aloft from the water in their clumsy way, then turning swiftly and diving with some elegance before smashing into the water for fish, returning in triumph or sorrow to the sand bar to eat… or plan the next foray. Then one detached itself from the group and flew closer to us for a single dive in deeper water, before flapping heavily back to the sand bar.

I took a sequence of photos with ‘Hated Camera’ (having drowned ‘Loved Camera’ in a minor marine mishap). As I have since discovered, ‘HC’ was on the wrong setting the whole time – by which I mean several days (some small but important side switch I’d neglected to remember). Hence the pelican images are in small format because I am slightly ashamed of the quality… There’s a theory about cartoons that there are two possible reasons for pairing them together on a magazine page: (1) they are each doubly funny and therefore only need half the space; or (2) they are only half as funny and so two are needed to double the overall chuckle quotient…

So here is the pelican dive sequence – unsuccessful in terms of fish – with the bird then flying back past us to the sand bar to rejoin his 4 buddies. I’ve put 2 images per line – either because (on the cartoon principle above) they are so good they only need half the allotted space or (hint: this is the truth) they are of such indifferent image quality that I am too embarrassed to enlarge them… 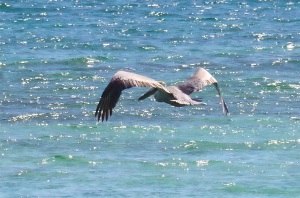 In the final image you can just make out a spooky ghost ship on the horizon. This is the huge vessel moored at the ‘Disney’ island, historically named Gorda Cay but now ‘pirated up’ to Castaway Cay. Arrrrrrrr!