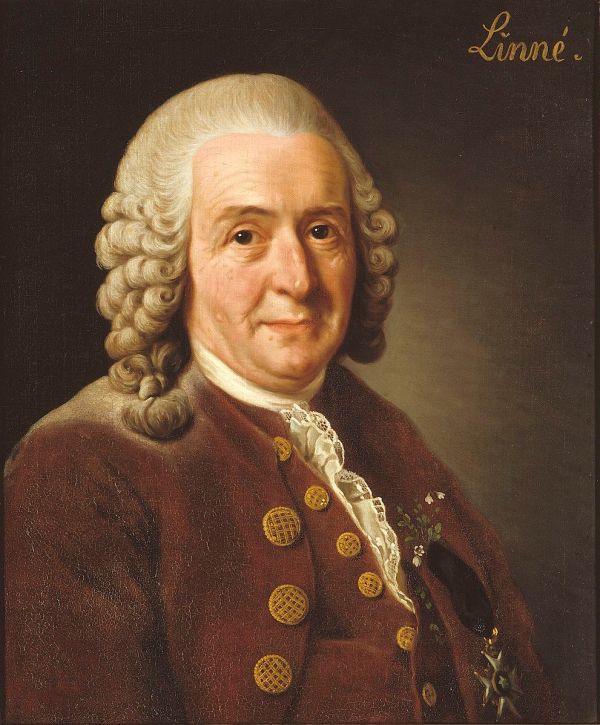 Carl Linnaeus (1707 – 1778) is arguably the most renowned Swedish naturalist. Maybe unarguably. Before the age of 30, his orderly and rigorous scientific methodology had created a new standard system for the classification of the natural world. As initial challenges to his great work fell to one side, so he bestrode his present and the future natural world as a great innovator. His system has stood the test of time to this day – and in Latin, too. As the saying goes, “Deus Creavit; Linnaeus Disposuit“: God created, Linnaeus organised. In fact, Linnaeus himself was (rather vainly?) the originator of the adage… 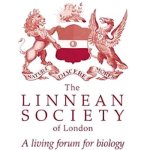 Linnaeus first had to define the broad categories in order to organise them into their component parts. He chose regnum animale, regnum vegetabile and regnum lapideum – the animal, vegetable (plant) and mineral kingdoms. Here are some examples, photographed in the climate-controlled ‘treasures room’ at the Linnean Society, London during a viewing with the Librarian.

The first column of the first substantive page of the first edition of Systema Naturae (1735). This is the start of it all – the ‘man-like’ creatures Man [classed as a quadruped], apes and… 3-toed sloths (Bradypus), later to be moved to a more comfortable place. After that come creatures large and small, wild and domesticated, including lions, bears, cats, weasels, and moles. Canis included not only the dog, wolf, and fox but also… the squillachi. The last one is a mystery – a quick online search reveals only a footballer of that name.

At the bottom of the first column, horses, hippos, elephants and varieties of pig are classified together; followed by varieties of camel, deer, goat, sheep and cattle. 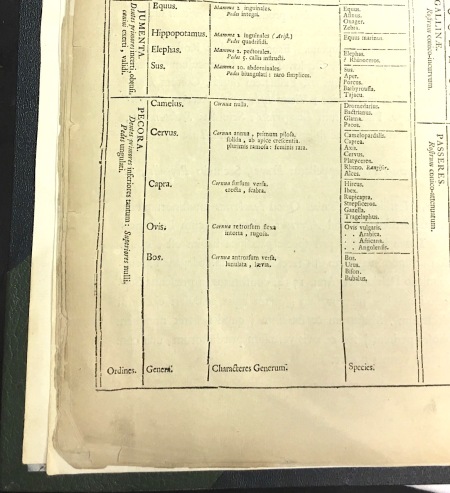 Linnaeus’s achievements in ‘organising’ were twofold. First, he grouped creatures, plants and minerals into similar species, using his prodigious knowledge to arrange the groups into defined hierarchies (and as it was to turn out, not invariably correctly). Secondly, he adapted and refined an existing but somewhat random scheme into his structured binomial system, attaching two names to each creature, plant or mineral. The first name was a general categorisation (‘genera’); the second was more specific (‘species’). Consistency was achieved for the first time. Linnaeus was indeed the ‘father of taxonomy’ as we still know it today. He probably called himself that as well.

Here are some of the birds – grackles, doves, gulls and so on down the list. The latin names will be very familiar to birders, since they are still used today. The birds are followed by columns for amphibians, fishes, insects and sea creatures such as jellyfish, conchs and urchins. 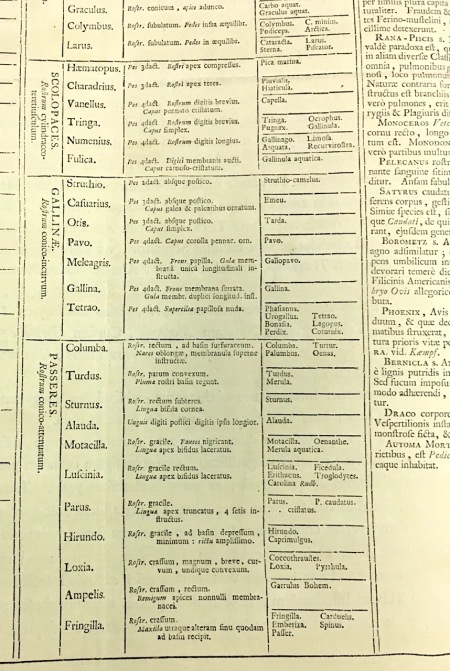 Entries in the minerals section, with schist, marble and quartz perhaps the most easily identifiable.

On the right of the bird column shown above is a hint of a ‘random’ category. My detailed photo of it didn’t work, so I include a facsimile copy is below. These were creatures that were known of, or believed possibly to exist but for which there was perhaps scant scientific evidence. The hydra. The monocerous. The pelican. The satyr. The borometz (half-sheep, half-plant), phoenix and dragon. And so on. Bearing in mind the date of this work, it is perhaps not surprising that Linnaeus kept his mind and his options open about such creatures. You can read about all these Paradoxa in an excellent Wiki article HERE

The title page of the first edition of Systema Naturae (1735). This was the first page we were shown, after the book had been laid reverently on a special cushion by the Librarian. I have to admit to a jolt of excitement, both then and indeed several times more during our visit. 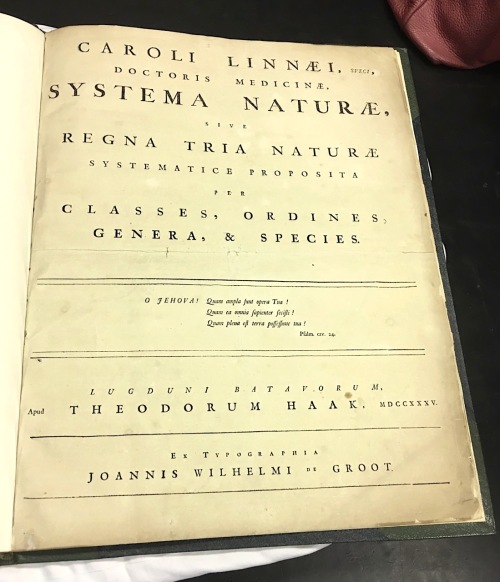 Published in 1735 when Linnaeus was a mere 28, Systema Naturae was both revolutionary and evolutionary.The full title of the work spelled out the breadth of the enterprise: “System of nature through the three kingdoms of nature, according to classes, orders, genera and species, with characters, differences, synonyms, places”.  At least 12 further editions were published during his lifetime. Each was expanded as more scientific data was gathered; from 11 pages in the 1st edition to more than 2000 in the 12th, published about 30 years later.  Corrections were also made. For example, the initial assignment of whales to fishes, based on knowledge at the time, was later corrected to include them with mammals.

IN PART 2: THE COLLECTIONS OF LINNAEUS

The extraordinary manuscript, specimen and library collection of Linnaeus is preserved in this wonderful treasure store. I took this photograph at the end of the viewing. By this stage we had examined a selection of the sample cases – note the open drawers and cases on the table. Also, note the special cushion for the precious manuscripts.