ABACO PARROTS FOR THE NEW YEAR!

Red, green, blue, and a touch of snowy white. The colours of Christmas, sort of. We are past all that for another year, but for those on Abaco the unique, ground-nesting Abaco parrots Amazona leucocephala flash those same colours throughout the year.

These birds have cousins on Inagua that nest conventionally; and there are now a handful of NASSAU PARROTS on New Providence, of uncertain origin (click link for more on these). 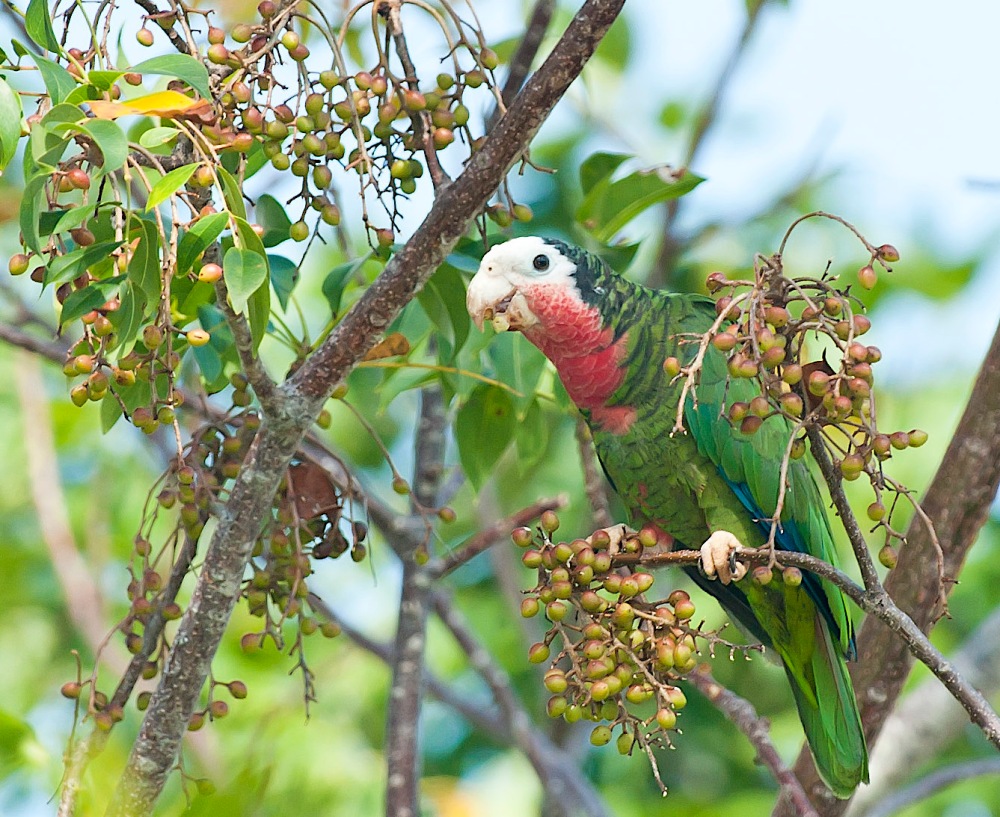 The parrots are only found in South Abaco, between Marsh Harbour and the National Park where they live and breed in limestone holes in the forest floor.

You are most likely to hear these birds before you see them, as they make their way daily north in the morning and back again in the evening. 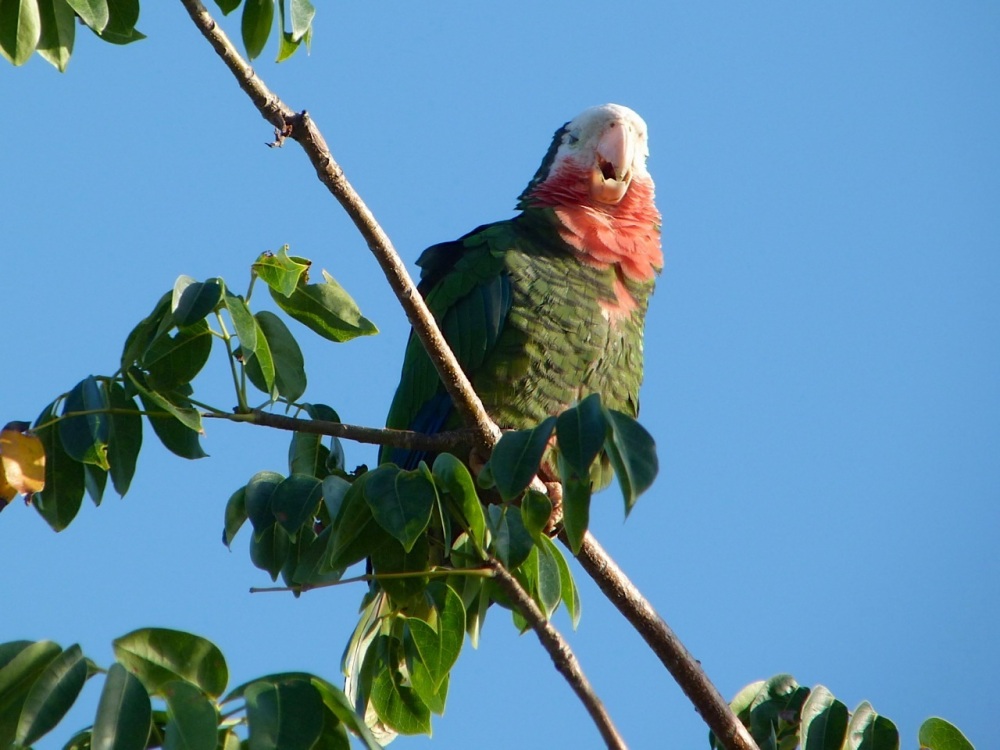 Despite the racket they make, finding the parrots in the National Park is a bit ‘needle-in-haystack’. Instead, try the Gilpin Point point area, and coppice areas to the north. They pass back and forth over Delphi, pausing to squabble noisily, almost daily. I have made several recordings of them – here’s one example.

Far and away the best location is Bahama Palm Shores, where the mix of dense coppice with their favourite gumbo limbo trees and the open gardens is much to their liking. And frankly, it’s a great place for birding anyway, even if you blank for the parrots.

Just think: a dozen years ago, these fine birds were sliding towards extinction, with an unsustainable population of fewer than 900. Conservation efforts and in particular attention to habitat protection and predator control have resulted in population increases year-on-year, and the total now stands at around 5000 adults.

I’ve posted quite a lot about these parrots over the years, so if you are already familiar with them, I hoped you felt free to skip the text, and simply to admire these wonderful creatures.

5 thoughts on “ABACO PARROTS FOR THE NEW YEAR!”