THE TALE OF ‘BIG BIRD’ THE RESCUE HERON

Admiring birds, photographing them, and counting them for surveys – all these are excellent pastimes. But for a real and meaningful interaction, there can surely be nothing more rewarding than animal rescue. Melissa Maura, known I’m sure to many readers of this blog, is an expert at caring for damaged or orphaned creatures. And at the beginning of June, she took a small dishevelled YELLOW-CROWNED NIGHT HERON into her care for rehabilitation. He was named Big Bird.

June 4  Big Bird has arrived…. For some rehab and perhaps a salon appointment… 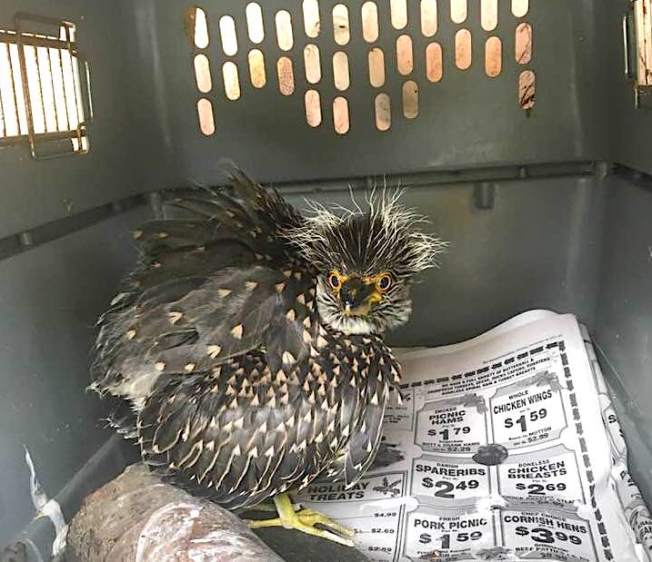 To start with, Big Bird was little enough to fit into a smallish space while the process of feeding and nurturing commenced. He was clearly quite a character.

Very soon, Big Bird was becoming less straggly and more herony – even his startling hairstyle started to grow out. By this stage, he was eating almost a bag a day of bait shrimp. 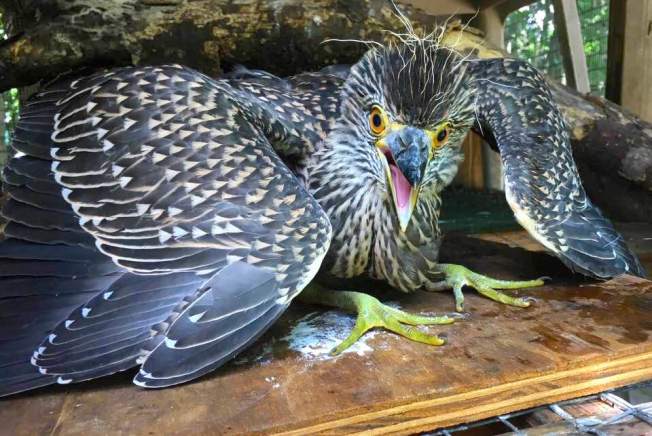 The next step in the rehab process came with the move from a small indoor cage and promotion to a big outside cage. This provided more room for Big Bird, and helped him learn to stretch his growing wings and learn to be independent.

A mere 6 weeks or so after Melissa started to look after Big Bird, he was nearly ready for the final stage of rehab – freedom. The specially selected location was an area where there were already a number of juvenile herons, companions for Big Bird to grow up with.

As Melissa wrote: “It comes down to this moment, after all those hours of feeding, caging and keeping a watchful eye to then see that flight to freedom!”

And then, suddenly, the heart-stopping moment of the launch… Inelegant, but inevitable

Melissa’s posts about Big Bird unsurprisingly inspired many fans (including me, of course) who followed the story over the weeks of Big Bird’s rehab. As Melissa wrote online of the release:

“Yesterday morning Big Bird was placed lovingly into his custom-made box and transported by ferry to his new residence – the wilds of Blue Lagoon Island where upon arrival at a chosen spot, we were met by no less than 13 other juvenile Night Herons exactly his age! They all gathered nearby as we released our baby and watched him take his first steps in sand and tackle longer flights. It was such a relief to see him appear so comfy in his new home and he blended into his surrounds perfectly, sporting his best hair-do. Heartfelt thanks to Kelly Meister, John McSweeney and the island crew for helping us put Big Bird in the best possible wild situation…”

And so it goes – another bird rescued, cared for, released, and set free to live and to breed in the wild. In a turbulent world of dissent and discord, I hope people will find a grain of joy and optimism in the tale of Big Bird the Heron. 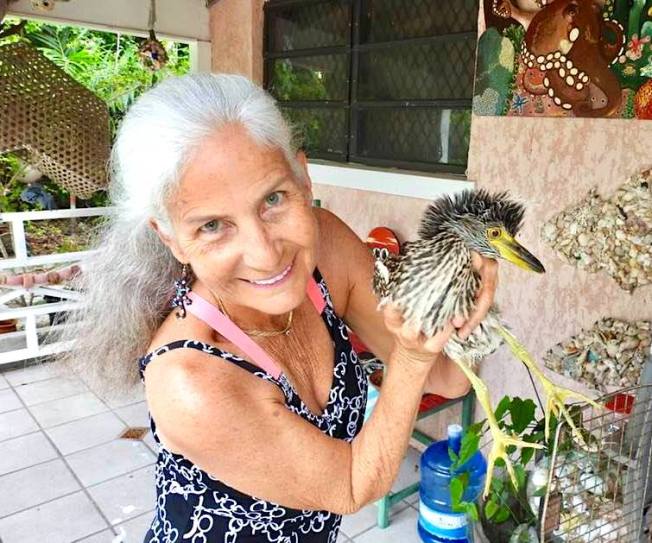 6 thoughts on “THE TALE OF ‘BIG BIRD’ THE RESCUE HERON”