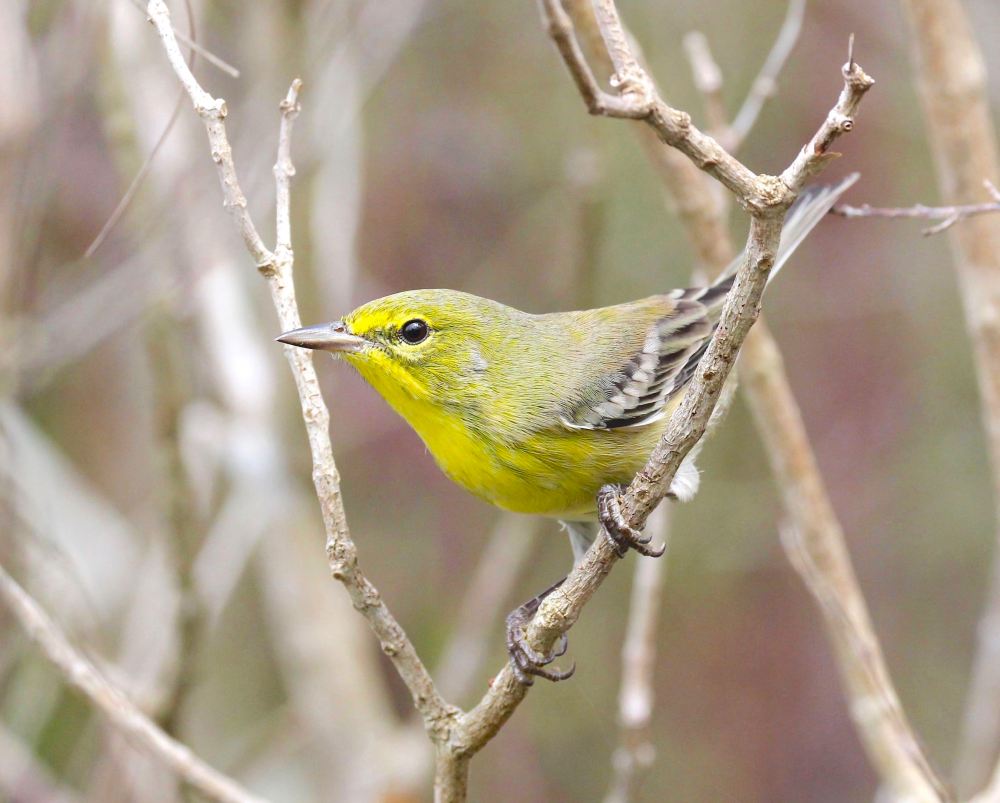 The Pine Warbler Setophaga pinus is one of 5 year-round resident warblers on Abaco. You can see all 5 HERE. All are to be admired of course, and the pine warbler is to be envied for several reasons.

The other 33 warbler species found on Abaco (including the recently recorded CANADA WARBLER) are migratory and spend roughly half the year in their summer breeding grounds. Some of these are very rare. The co-resident year-round warblers are the 2 endemics Bahama warbler and Bahama Yellowthroat, plus the olive-capped warbler and the yellow warbler.

As the winter warbler migrants return to the Bahamas in increasing numbers, I will soon be posting a handy illustrated ‘cut-out ‘n’ keep’ (= ‘save’) warbler. You’ll see which ones are easy to find; quite easy if you look; hard to locate; extremely rare.

As the name strongly hints, the pine warbler is primarily a bird of the pine forests, of which Abaco has an abundance. The tall, straight trees of Abaco were once a vital local source of timber (SAWMILL SINK q.v.). As a historical note, felled pines were also exported to the UK to be made into the strong pit-props needed for coal-mines.

Q. WHAT IS THE NORMAL RANGE OF THIS BIRD? A. THIS IS!

Pine warblers have a broad diet and forage methodically. Pine cones are a fertile source for food,  and those robust, stabby, slightly down-curved beaks are ideal for getting the seeds out of the cones. Equally, these warblers use their beaks to prise out insects from the rough pine trunks and branches. 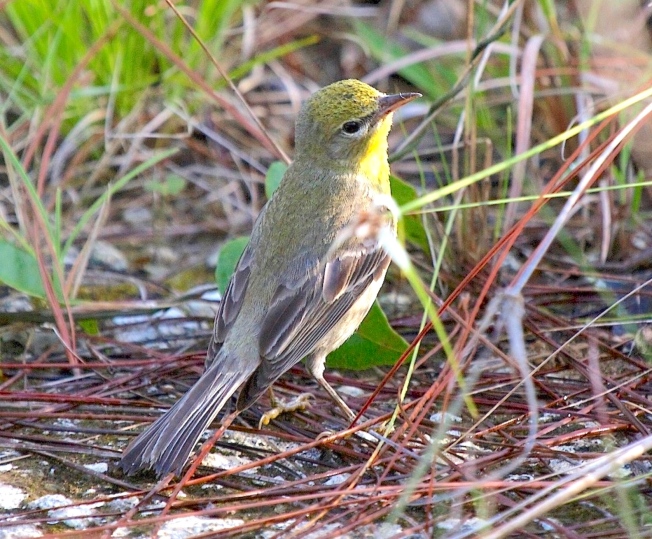 The pine forest is obviously the preferred nesting habitat for these birds. On Abaco there are plentiful pine forests for them – the protected National Park in the south covers more than 20,000 acres. The warblers also nest in the smaller groups of pines found (for example) in or near some of the settlements; or around the edges of former sugar cane fields and the like. One nesting habit is slightly unusual – pine warblers tend to build their nests near the end of branches rather than near the trunk, a position that seems far less secure. Milton Harris has helpfully pointed out: “One theory on pine warbler nest location is that they are safer from predators by building at the end of a small branch.  Some other birds do the same.” 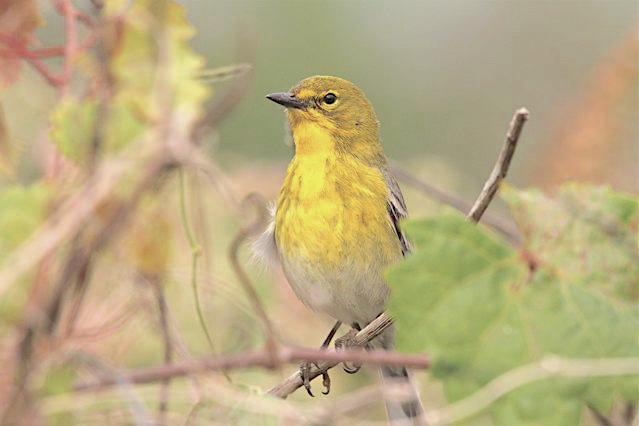 One source states that “The song of this bird is a musical trill. Their calls are slurred chips“. I think we’ve all been there at some time, possibly when lunching at Pete’s Pub.