BLUE CHROMIS: A FLASH OF COLOUR ON THE REEF

Larger reef fish tend to get more attention than the tiddlers, for obvious reasons. Yet a reef would not properly exist without the small fish that drift and wriggle round the corals. Blue chromis (Chromis cyaneus) are among the first reef fish species I ever met when snorkelling at Fowl Cays.* 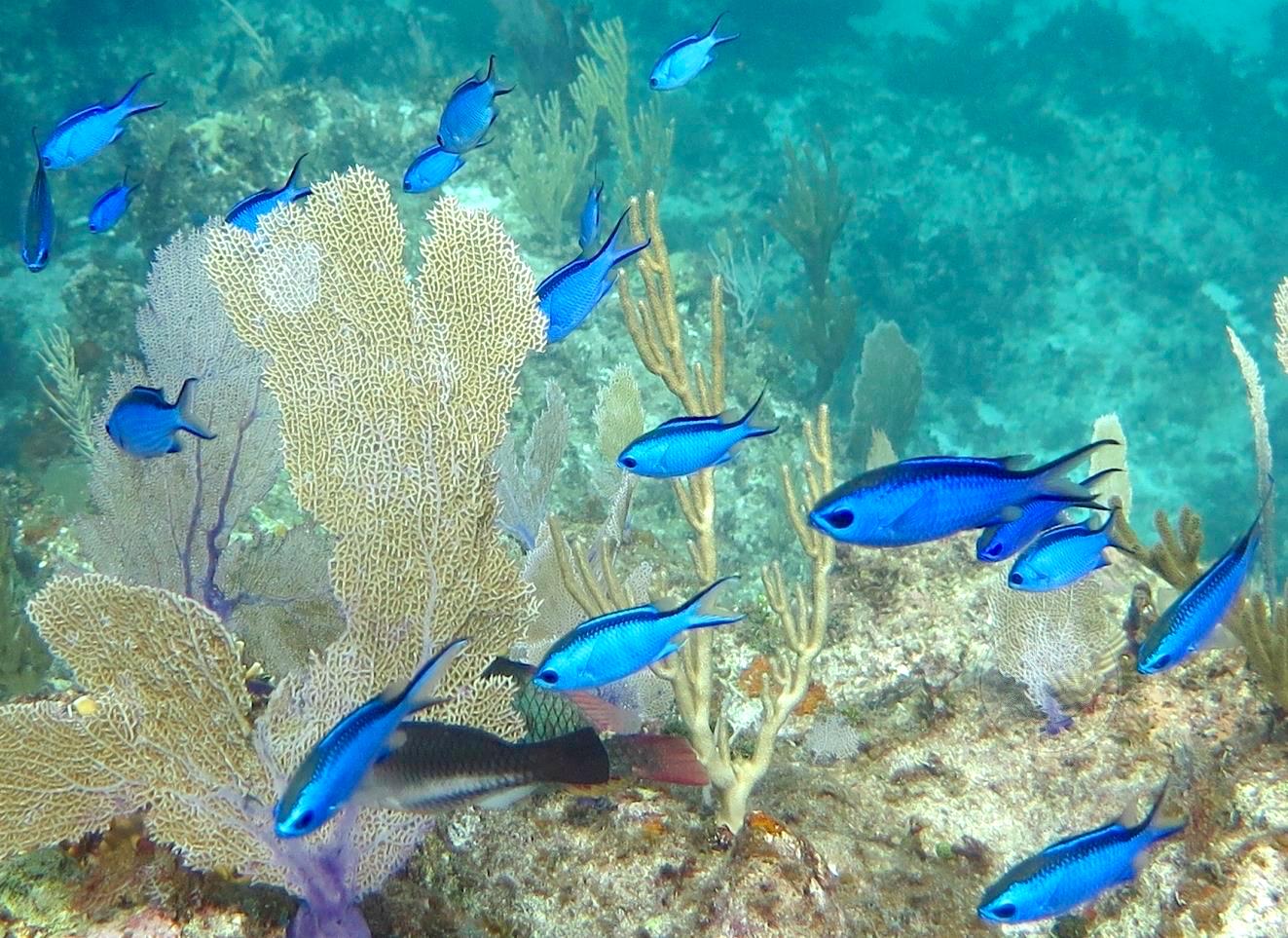 Blue chromis belong to the same group as damselfishes. These unmistakeable, bright reef denizens are very visible despite their tiny size. These fish are shoalers, so out on the reef you can enjoy them flickering around you as you swim along or hang in the water to admire the corals.

Like many a pretty and easily captured small fish that can be monetised once removed from its natural home environment, the blue chromis is popular for aquariums. Humans like to keep them in their own home environments safely away from oceans and reefs, unselfishly feeding the little things concocted food to keep their little lives going till the cat gets them. [Sorry, I don’t know what came over me there]

Blue chromis are adaptable and sociable, and will happily swim with other small reef fishes (as above). My own favourite combo is chromis mixed in with sergeant majors. But a shoal of them (mostly) alone is pretty special too….

I cynically mentioned ‘concocted’ food earlier. Here is one online care instruction for looking after them: “They are omnivores, meaning that they eat both meaty and plant based foods. They are not difficult to feed and will eat a variety of regular aquarium fare, frozen, live, and sometimes even dry food. Feeding them a variety of foods will help them retain their color in captivity. They sometimes feed on the algae in the tank”. So I think it’s ok to suggest that leaving the fish out on the reef might suit them better.

If tempted to ‘rescue’ some from their reef habitat, rest assured that they have been known to spawn in captivity. Blue chromis can usually be obtained for about $10-15. And don’t hold back on the frozen food (though maybe warm it up a bit before feeding time). I rest my case.