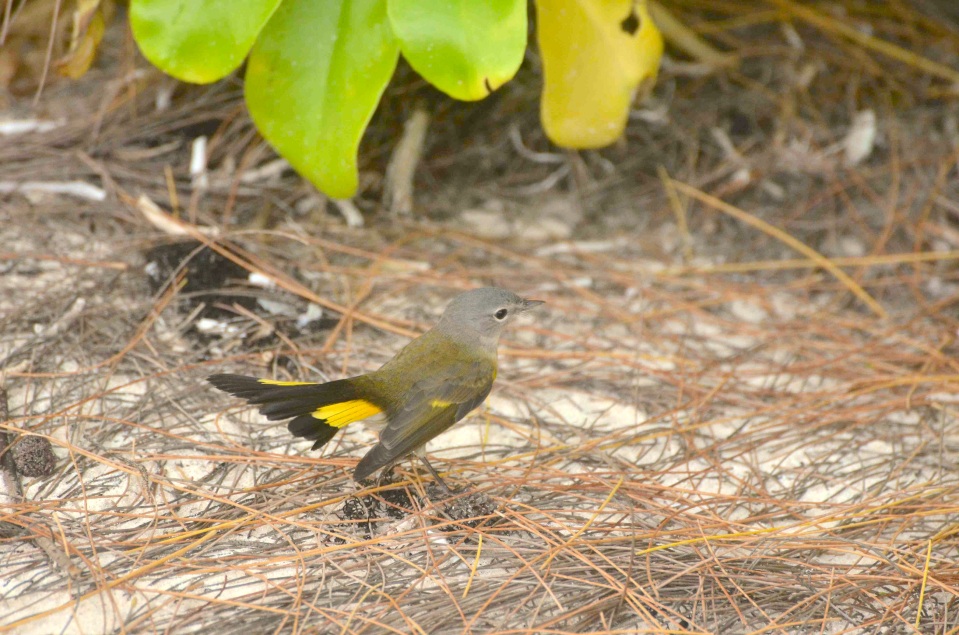 AMERICAN REDSTARTS ON ABACO: THE DISTAFF SIDE

I have a feeling that people are more familiar with the male American redstart than the female. The male’s striking near-black and orange livery is memorable. The female’s equivalent brown and yellow colour scheme is a little more subtle (or ‘drab’, which is a go-to bird book description where the male of a species is flamboyant; I prefer ‘subtle’ as a politer description). Charlie Skinner managed to get some lovely shots of females in the pines and scrub at the back of the Delphi beach. 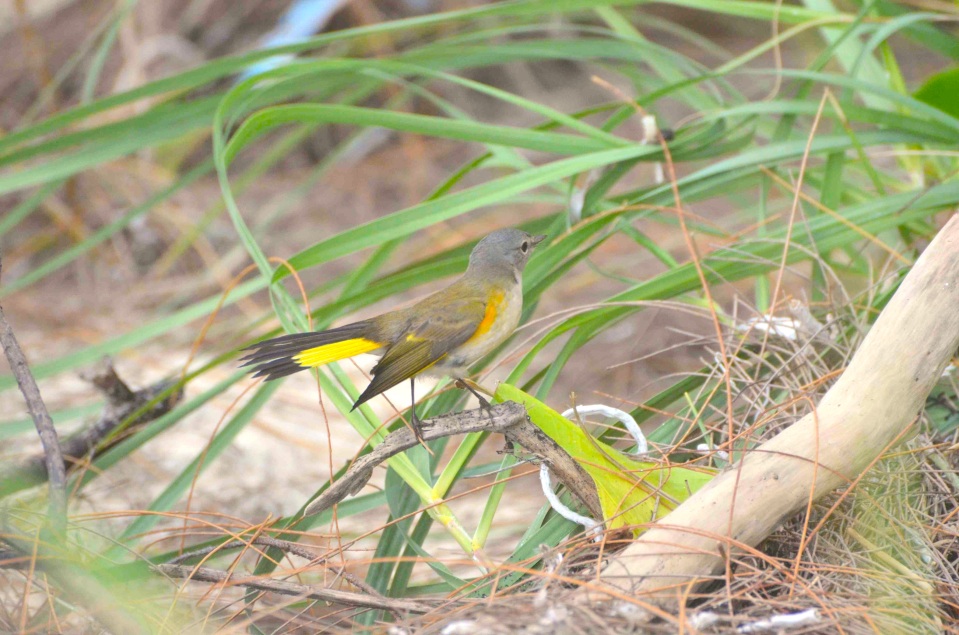 These birds are one of the 37 warbler species recorded for Abaco, where they are common winter residents. Generally they start to arrive in October, and some are usually still around in March. It is believed that the flashing tail-spreading of both sexes, shown in some of these images, acts either to attract insects; or to confuse them in some way. I can’t think how or why. I imagine the tail-fanning also forms part of the redstart courtship rituals. Incidentally (*fun fact alert*) male redstarts are known to raise two families simultaneously, the nests being a convenient distance apart so that his deceit remains his secret. 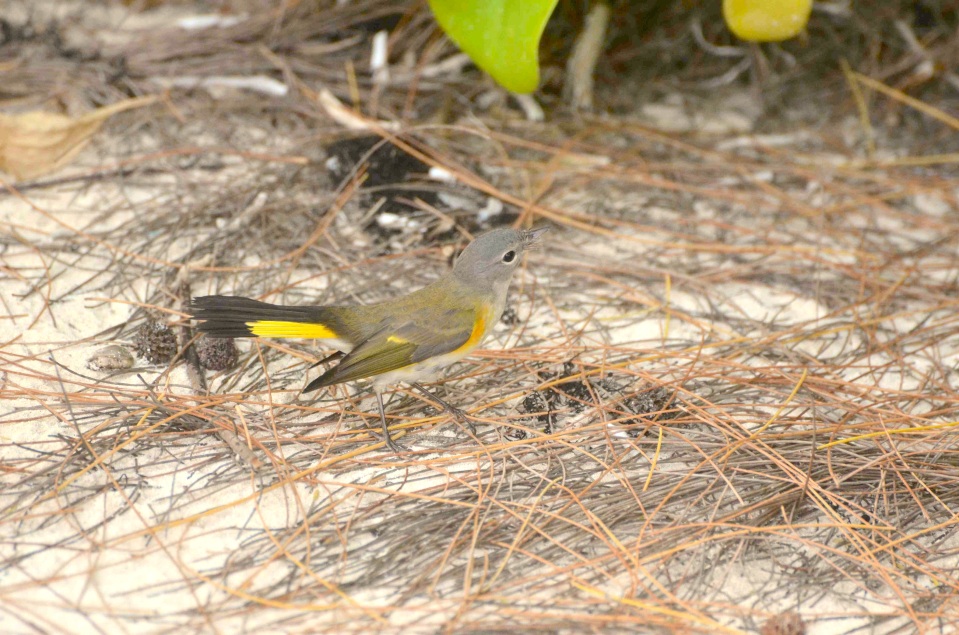 This pretty juvenile is impossible to sex at this age. Could go either way. (Photo: Becky Marvil)