(*Serious Voice*) “The Wilson’s Plover is the only permanent resident plover found on Abaco, the other species being the winter resident Black-bellied Plover, Semipalmated Plover, Piping Plover and Killdeer; and the rare transient American Golden Plover. The nidification of the Wilson’s Plover is by common consent among naturalists the most…”

But let’s not get carried away with all that pompous ornithological stuff. There are baby plovers to be considered. Each one exudz adorbz and absorbz admirz. Most of the photos below were taken on the beach at Delphi. Ready? Let’s meet some chicks… But you can’t have them without first having the eggs, can you? 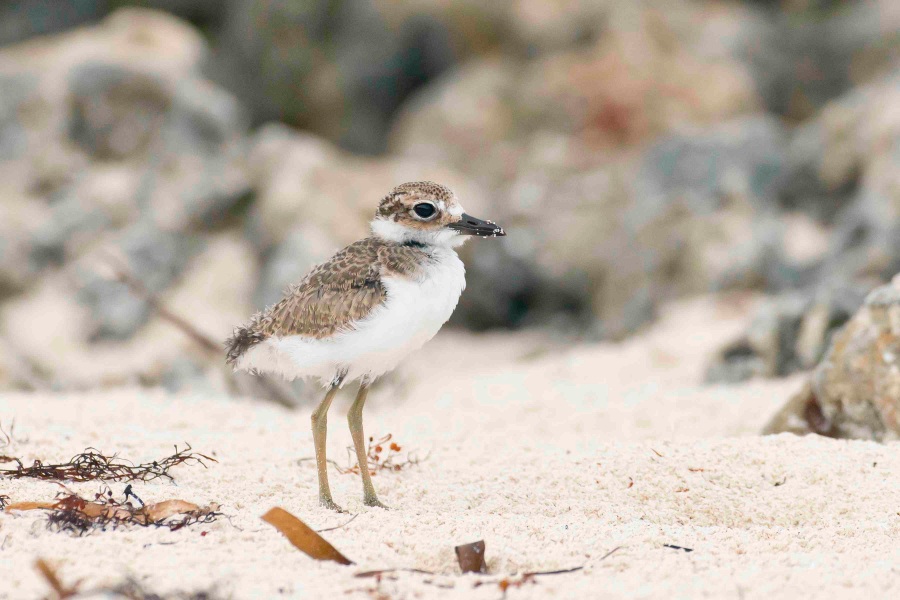 The Wilson’s Plovers at Delphi generally nest at the north end of the beach, up towards the reef. It is secluded, has good sight-lines and is bordered by pines. On the approach of a predator or human (in this case, me), the tiny chicks are sent scuttling to safety at the back of the beach while the parents prepare to tough it out if need be…

“I know we are caught in the open, but if we stand really still, you can’t see us, right?”

One of the most fascinating aspects of bird behaviour to watch is the so-called ‘broken-wing’ display put on by plover parent(s) to distract a predator away from a nest or scrape, and the eggs or chicks in it. Kildeer and black-necked stilts are among other species that do this performance. It goes like something like this:

“Oh! OW! I am helpless. Please don’t attack me, Apex Predator, for I am but a vulnerable plover…” 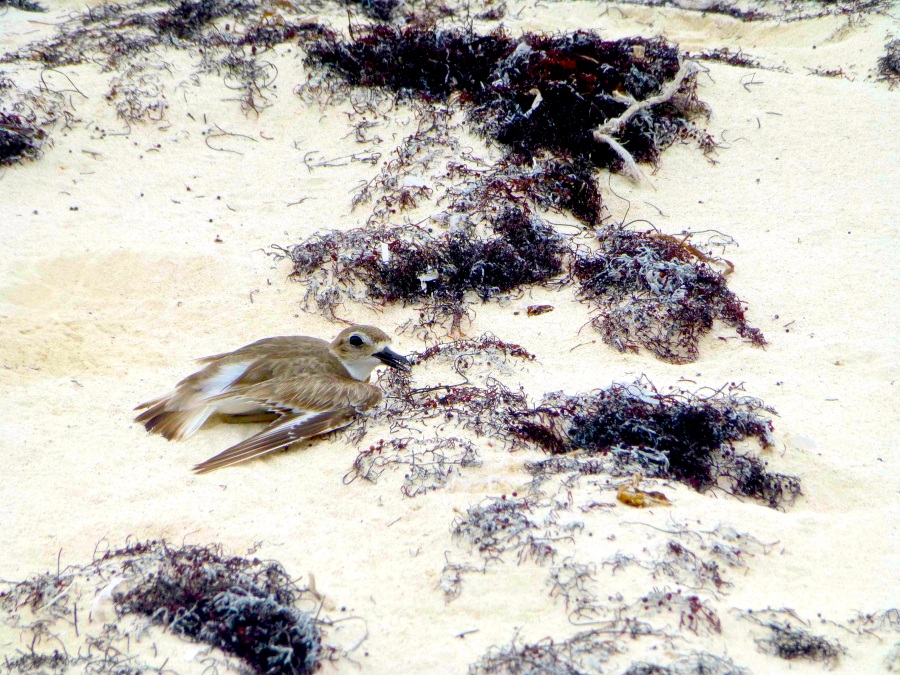 “But kindly follow me as I flap pathetically (moving away from my nest). I can’t fly, you know…” 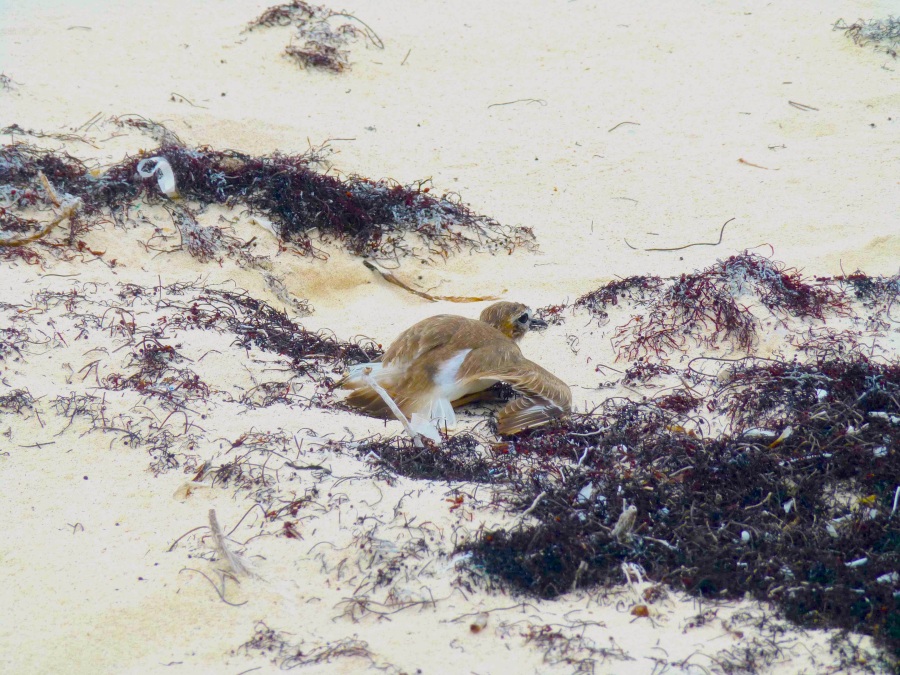 Camouflage also plays a part in the protection of these little creatures. This chick is on the rocks at the north end of the Delphi beach, the bit where you begin to wish you’d worn shoes because the rock is so sharp… From 10 feet away, you might well miss seeing the chick completely.

This is one of my favourite shots, also at Delphi, taken by Sandy Walker

Quite a while ago, I wrote about a Wilson’s Plover family that had made their scrape at Nettie’s Point, the place where the bonefishing skiffs are launched. They chose their homemaking site right where the trucks and trailers turn. Big mistake you might think. But the kind guides built a small stockade of branches round the scrape so that it could clearly be seen and avoided. After that, Mrs WP settled down happily and Mr WP stood guard whenever anyone was around…

The protective stockade in place. Mrs Plover in place. All’s well with the world

Soon after, two chicks hatched, were reared by both parents, and in due course fledged safely 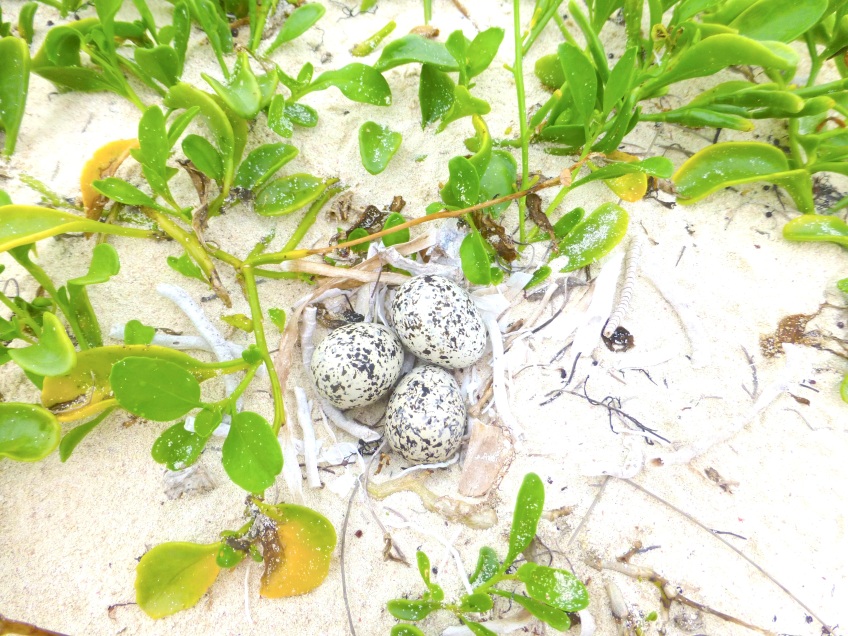 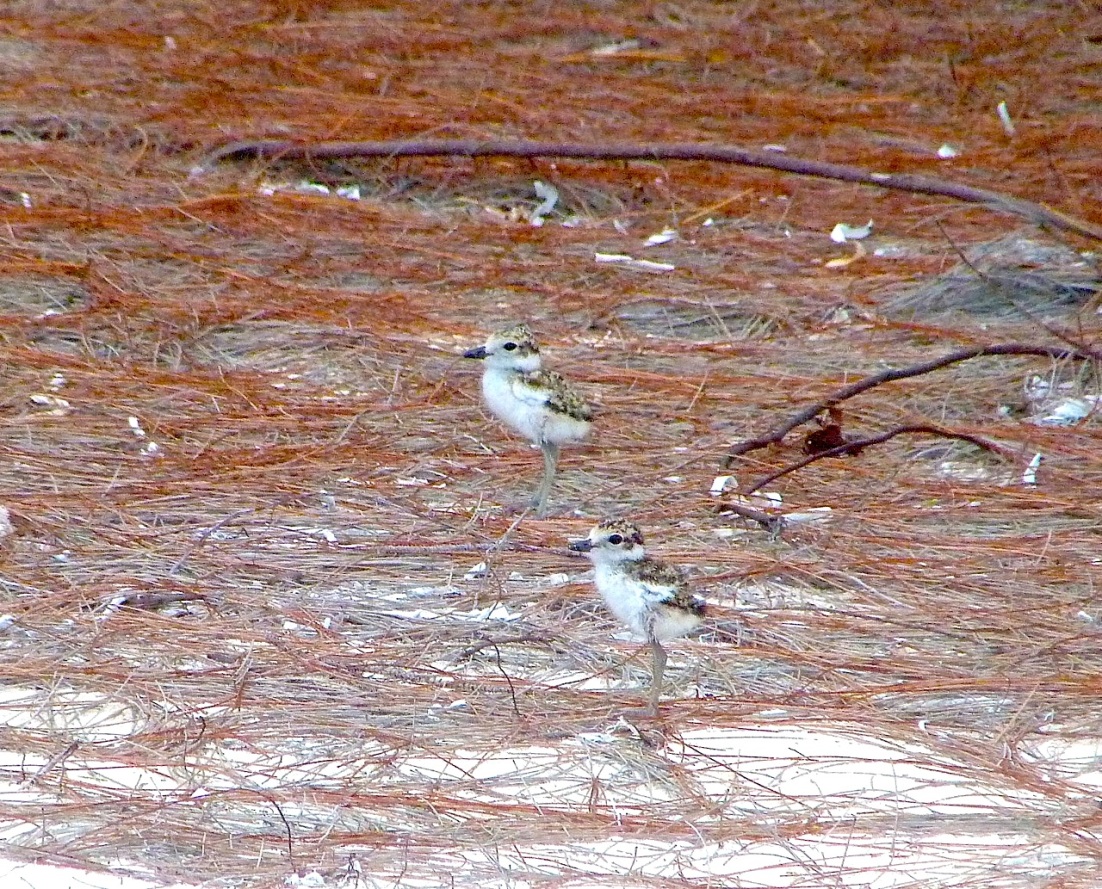 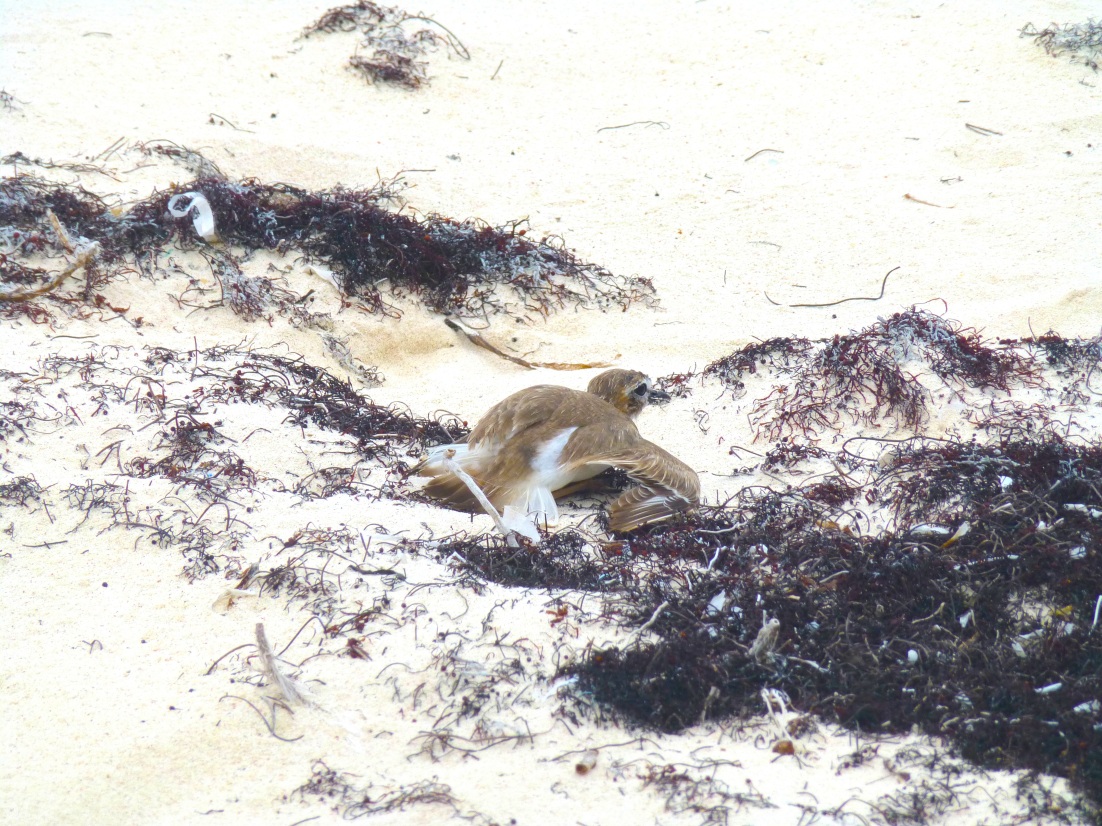 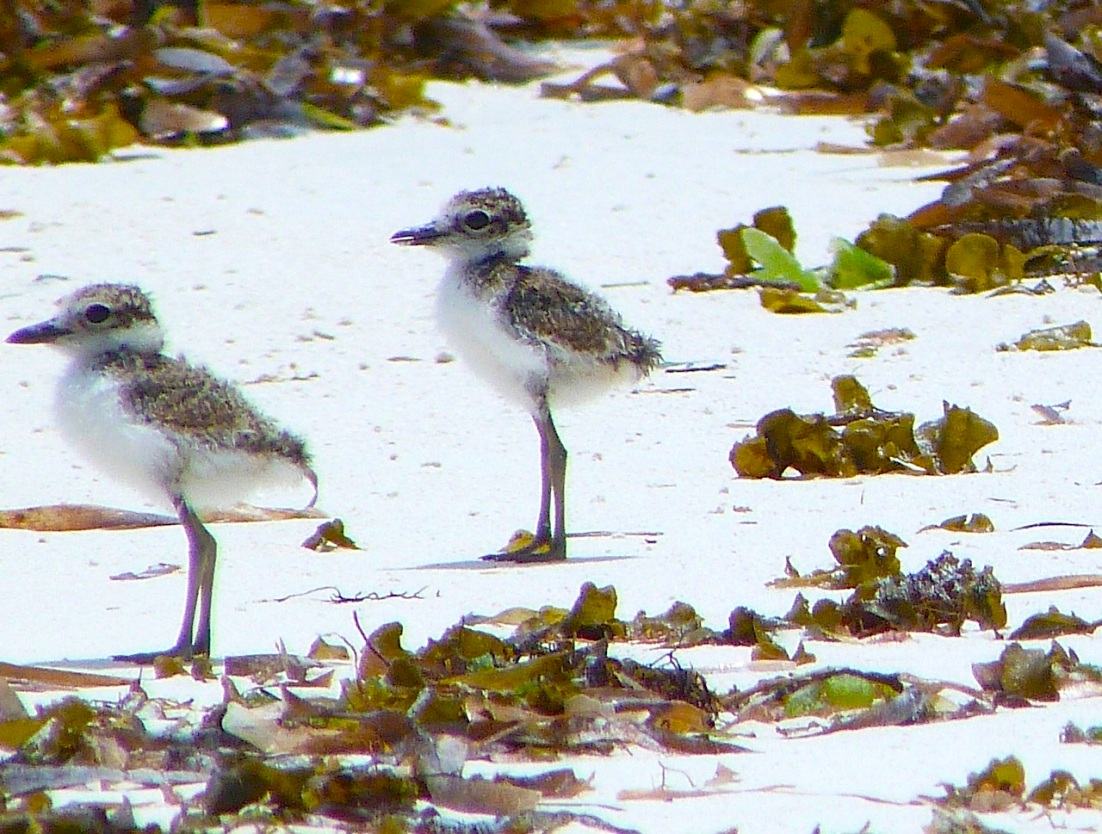