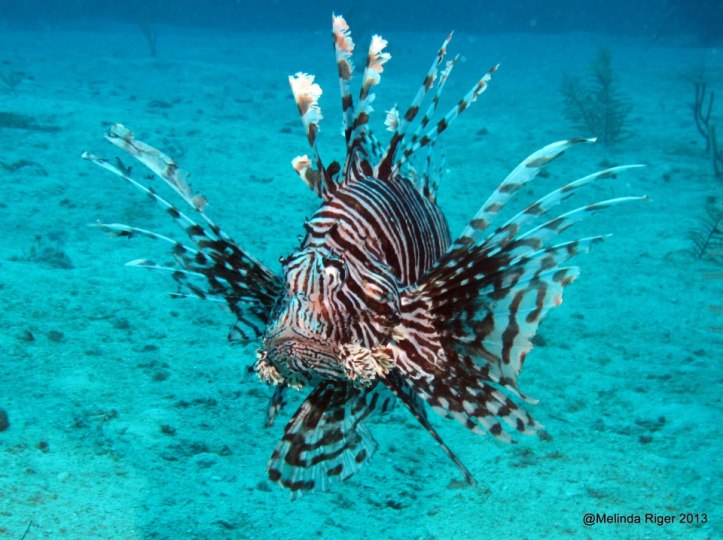 has published an article entitled “15 cute animals that will cause you horrible harm”. For some of these, the word “cute” may be overstating the case. For others, the risks to humans appear to be very remote. A few are nominated despite being the most surprising and least likely harm-bringers (“KITTENS” – don’t ask).

What is undeniable is that 5 of the 15 may be encountered on or close to Abaco… Fortunately staying on dry land is a sure way to avoid them all – they all live underwater. With due credit to BRAINZ here are the Fearsome Five with his trenchant commentary, except for the last which I have censored for present purposes owing to its graphic adult content and anti-cetacean tendencies…

1. PUFFER FISH “Puffer fish are hilarious and adorable just on general principle. It’s hard see one inflated, and refrain from uncontrollable giggling at it’s cartoonish defense mechanism. But puffer fish don’t just rely on their inflatable belly as a way of dissuading predators, they’re also packed with the deadly neurotoxin tetrodotoxin. Of course, they’re renowned as a delicacy just for this reason. Apparently, when prepared correctly, the minute traces of the toxin give you tingly lips and light-headedness. However, if the sushi chef doesn’t prepare it properly, you’re going to have a rather nasty death. See, tetrodotoxin is a muscle paralyzer, with no known cure. So if you overdose, your muscles no longer move, including your diaphragm. You become paralyzed, and unable to breath, slowly asphyxiating under the weight of your own chest

2. LIONFISH “Lionfish aren’t so much cute as stunningly beautiful. They’re covered with majestic spines, which float elegantly along with them, as they swim around the ocean, eating their prey whole. So, what’s the problem with this stunning fish, and why wouldn’t you want one in your aquarium? Well, remember the rule of thumb when dealing with any animal: if it’s brightly colored, it’s poisonous. The Lion Fish’s spines are coated with a painful venom, which it will happily spear you with if you piss it off. While this venom won’t kill you, it will cause extreme pain, vomiting and difficulty breathing. Now imagine that happening while you’re scuba diving. Sounds pleasant, doesn’t it?” 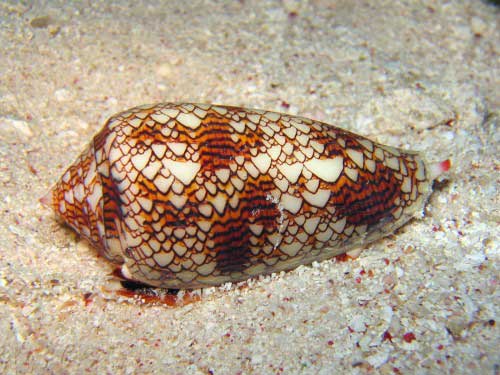 3. CONE SHELLS “Cone Snails are small aquatic snails that litter the oceans of the world. They have intricately patterned and eye-catching shells, which are exactly the sort of thing little kids like to pick up and eyeball when on the beach, which is when they strike. They have a thing called a “radular tooth” which is like a fleshy ribbon coated with tiny teeth, which are linked to a poison gland. It launches this harpoon of pain out of its mouth at any threat, including you. Now, a small snail will give you a sting like a bee or wasp, enough to hurt but not a major problem. The bigger ones? They shoot with enough force to penetrate gloves. You might not feel the symptoms for days, but when they kick in, you get pain, swelling, numbness, tingling, muscle paralysis, changes in vision, and eventually respiratory failure leading to death. What is with sea life suffocating you? Dang!”

NOV 13 ADDITION Capt Rick Guest adds to this by way of comment: “Hi RH ! At least for right now there is only one species of Cone shell in the Atlantic known to be a fish-eater and therefore potentially fatal to humans; Conus ermineus. It is one of the largest Atlantic cone species. I published a paper on this species in “The Veliger”, California Malacozoological Society, vol 19, Oct 1, 1976, if you want to bother searching for it. I observed this species spearing and swallowing sizable fish whole. Also, the Cones don’t have a radula ribbon. Their radular “teeth” are shaped like Capt Ahab’s harpoon, it’s hollow and is attached to the venom gland by an almost hair-thin tube. It is then forcibly ejected from the proboscis into the fish. A larger fish’s brief struggle will usually break the connection, but the venom works extremely fast, and the prey doesn’t go far. It is quickly located,seemingly by olfactory perception, and swallowed whole. There are now videos of this out there. Definitely look ‘em up!”

4. STINGRAYS “Stingrays are generally completely fine with humans. If disturbed, they’ll generally just run for it, but sometimes are happy to hang around and play. While shy by nature, they can become accustomed to human contact, and will let you play with them. Hell, many aquariums have touch tanks with rays in them, where you’re free to stroke the fish. The only problem is what happens when you step on them. If you disturb them in almost any other way, they’ll just dash away, but if you step on one while it’s hidden in the sand, there’s a fairly good chance you’ll get a stinger jabbed through you. For most people, this hits their leg, and the stinger remains after the ray swims off, like the lower half of a bee. In addition to being impaled, the sting also injects a hefty dose of poison, which leads to horrible pain, swelling and cramps. Again, not something you want to happen while you’re underwater. And sometimes, just sometimes, it’ll be fatal. Like when Steve Irwin—the Crocodile Hunter—got stabbed through the heart by one, dying soon after.” 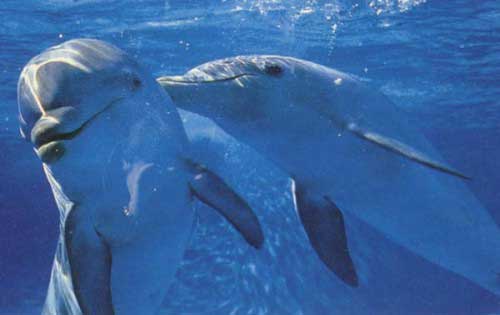 5. DOLPHINS “Oh, dolphins, lazy stoners of the sea. They just spend all their time floating around, eating fish, doing flips, and generally living the good life. Yeah, dolphins, they’re awesome. After all, who doesn’t love Flipper? Except, it turns out Dolphins are…” [tremendously detailed allegations follow. The general tenor is that these gentle creatures are apt to be overgenerous  with their sexual attentions, to the extent that when excited… well, they are large, powerful and agile, and they may try to do that thing that dogs do to human legs, only more attentively, to a diver. That’ll do as a summary. Oh, use your imagination]

MORE ON DOLPHINS  HERE and HERE