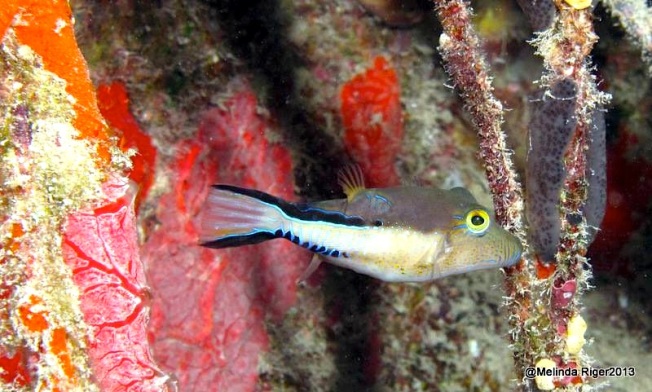 1. Puffers can inflate their bodies in an instant by ingesting huge amounts of water and becoming water-filled balloons.

2. They need a startling form of defence like this (or ‘piscatorial superpower’) because they can’t swim very well.

3. However, a persistent predator will find that they contain a toxin (tetrodotoxin TTX) that is a hundred times stronger than cyanide. One puffer fish has enough toxin to kill quite a few humans.  Agatha Christie was unaware of this – had she been, we might have had a classic  multiple murder mystery based on the contents of a fish tank… “Poirot and a Fishy Tale of the Caribbean” 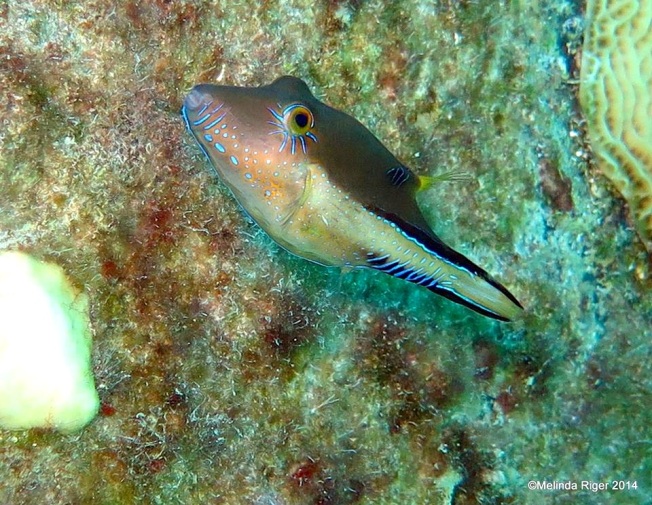 4. Selected parts of a puffer fish are a delicacy in some cultures (‘fugu’, in Japan). Trained chefs are used to avoid mass deaths among diners.

5. Sharks are the only species immune to the puffer fish and are not much bothered by a small fish that can blow itself up.

6. Puffers have skin, not scales; most have toxic spines of some sort. Bright coloured ones are probably more toxic than their duller cousins. 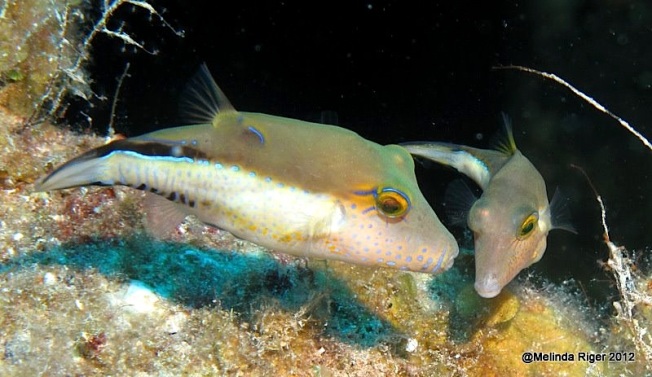 7. It’s worth knowing what an uninflated puffer looks like before you try to pet a passing fish and have a toxic encounter.

8. There are more than a hundred puffer species in the world, found where there are warm shallow waters.

9. Noy all puffers are toxic; and some are more toxic than others.

10. I have no idea of the relative toxicity of the 2 puffer species featured here. Sorry about that. Take care! 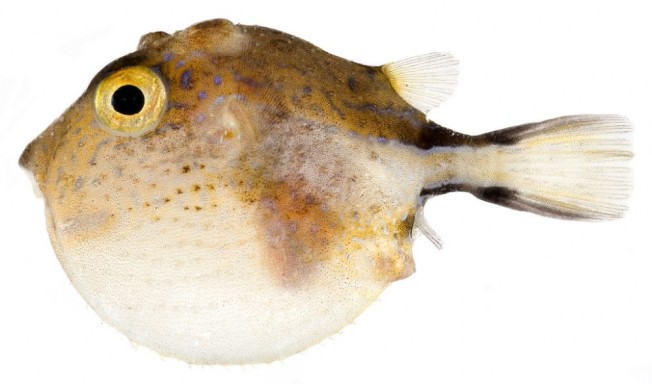 The fish above are all Sharpnose Puffer Fish taken by Melinda Riger of Grand Bahama Scuba; the rather nice drawings of the species are courtesy of the Smithsonian via ‘Vintage Printables’.

I photographed some Checkered Puffers at Sandy Point, Abaco last summer. None was puffed up, and I wasn’t about to upset them. The following photos of a small group of puffers were taken from above and not underwater (“no fear”). 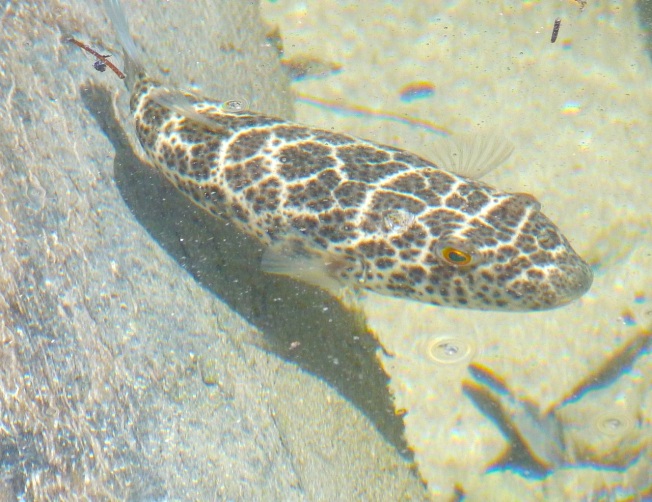 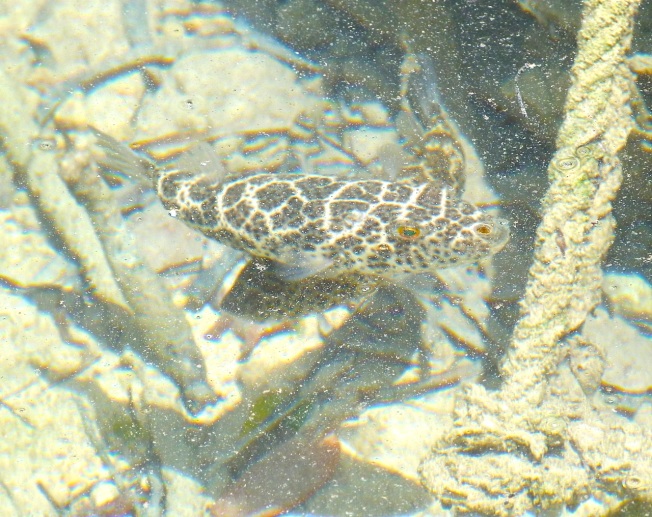 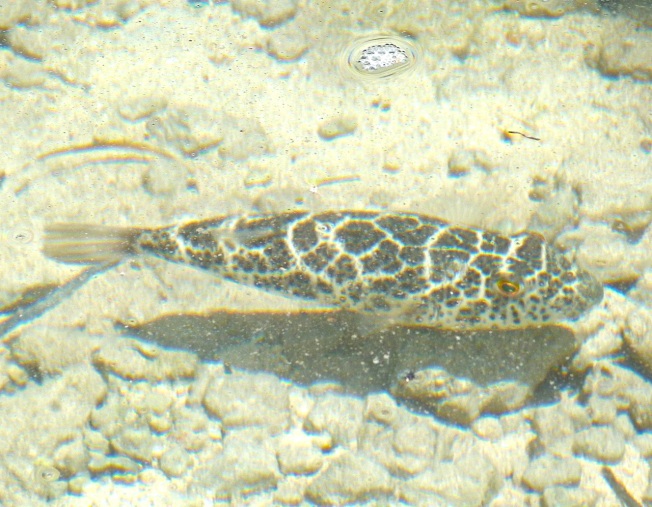 I don’t know what species of puffer the one below may be, but I do know I don’t want it in the palm of my hand. I include it from an ‘info for kids’ site to illustrate what the full balloon looks like. I’m wondering if all one needs to deal with them is a pin on the end of a long stick… 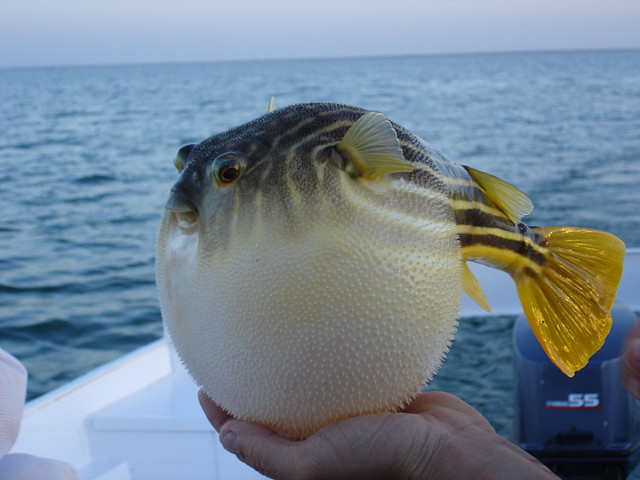 FURTHER READING about dodgy creatures you may encounter:

5 CREATURES ON ABACO THAT YOU MAY WISH TO AVOID