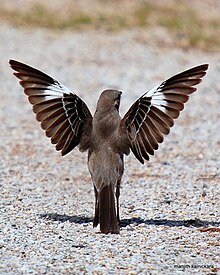 The Northern Mockingbird (Mimus polyglottos) is commonly found in North America, but also has a wide range further afield. The species is plentiful on Abaco and in the northern Bahamas generally. I recently posted about Abaco’s other mocker, the local Bahama Mockingbird, HERE.

A DOZEN MEMORABLE MOCKINGBIRD FACTS TO ENLIVEN YOUR CONVERSATION 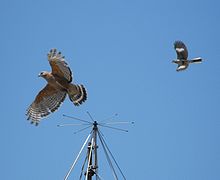 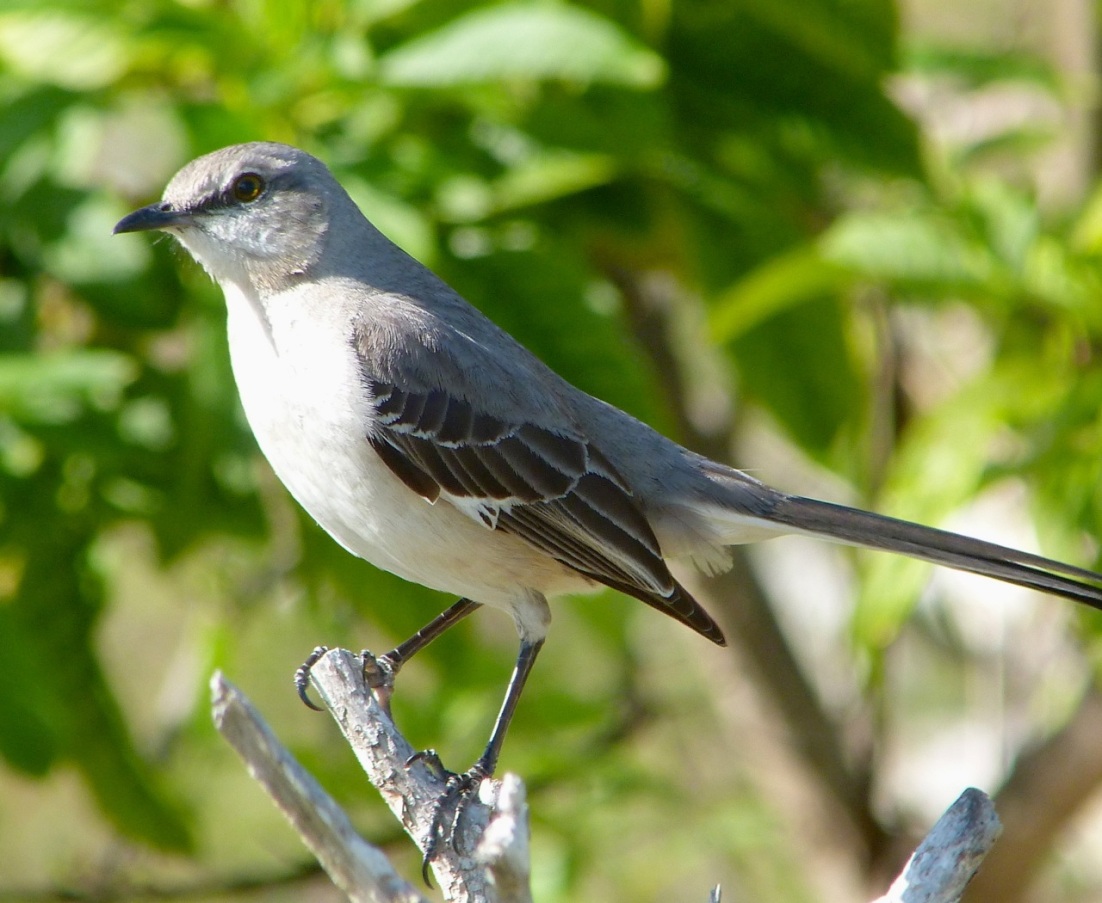 IMITATIONAL SKILLS
Besides having a particularly wide song repertoire, the mockingbird will mimic other birds, other natural sounds (including dogs) and even man-made / mechanical sounds – car alarms, sirens and a whole lot more besides. Good old Wiki has this to say:
“There are four recognized calls for the Mockingbird: the nest relief call, hew call, chat or chatburst, and the begging call. The Hew call is mainly used by both sexes for potential nest predators, conspecific chasing, and various interactions between mates. The differences between chats and chatbursts are frequency of use, as chats are year-round, and chatbursts occur in the fall. Another difference is that chatbursts appear to be used in territorial defense in the fall, and the chats are used by either sex when disturbed. The nest relief and begging calls are only used by the males.”

IMITATIVE MEMORY?
Remarkably, it seems that Northern Mockingbirds can inherit and store the imitations of their ancestors. We listened to a young one in the Abaco National Park with Caroline Stahala, the scientist i/c Abaco Parrot conservation. The bird was accurately mimicking a tufted titmouse, a bird it will never have heard and so cannot have learned from directly (and no other bird on Abaco sounds like the titmouse).
NEW! Another remarkable nugget, gleaned from Bahamas bird authority and author Tony White, is that in early Spring you may hear the calls of Grey Kingbirds starting to arrive for their summer vacations. Do not be fooled; Northern Mockingbirds begin imitate the calls of this species about 2 weeks before they begin to arrive… 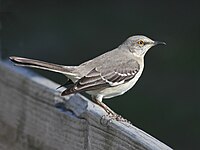 By way of comparison, here is a Northern Mockingbird I photographed at the beginning of the year in New York while walking the High Line (if you get the opportunity to do this, take it. The perfect solution for a defunct high-level railway track is to turn it into a walkway-cum-park-cum-viewing platform).  There are detectable differences, not least the brown frontal flecking.

THE INFLUENCE OF MOCKINGBIRDS ON THE ARTS

“Mockingbird” (1974) Carly Simon duets with James Taylor, her (then) husband, one of several (though not simultaneous)

Star of the Lullaby that starts “Hush, little baby, don’t say a word, Mama’s gonna buy you a mockingbird…” That’s quite enough of that to be going on with

It turns out Mr Eminem has rapped up a ‘parental advisory’ and ‘explicit warning’ “Mockingbird” for our delectation. I was going to post the mp3 in a vaguely satirical way, but it is so numbingly dire that even his mum Mrs Mathers can’t bear to listen to it. So just enjoy the cover, then move on quickly to the birdsong video below… 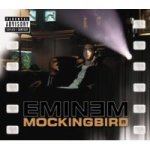 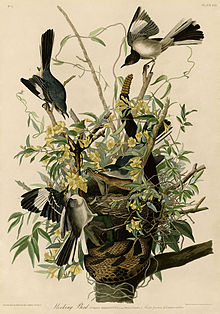 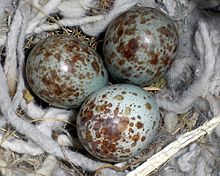 3 thoughts on “‘TAKING OFF’ ON ABACO: NORTHERN MOCKINGBIRDS & MIMICRY”