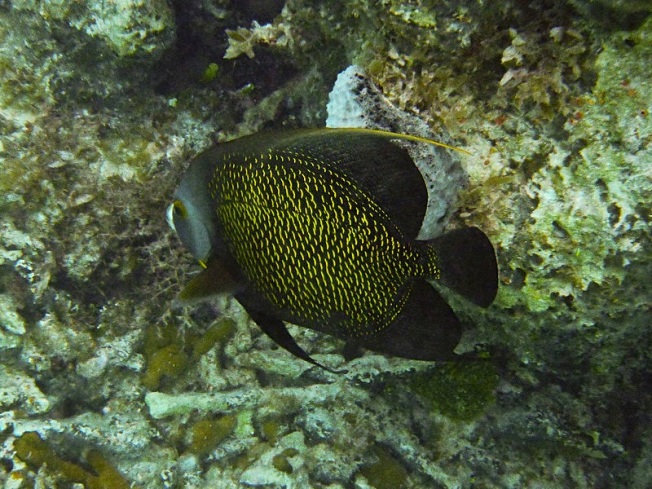 The French angelfish Pomacanthus paru is found in the western Atlantic  and in parts of the eastern Atlantic. They are mainly seen around shallow reefs, often in pairs. They feed on sponges, algae, soft corals and small invertebrates.

Angelfish are monogamous, and defend their territory robustly.  They swim around the reef during the day but at night they shelter in so-called ‘hiding spots’, which they return to each evening. 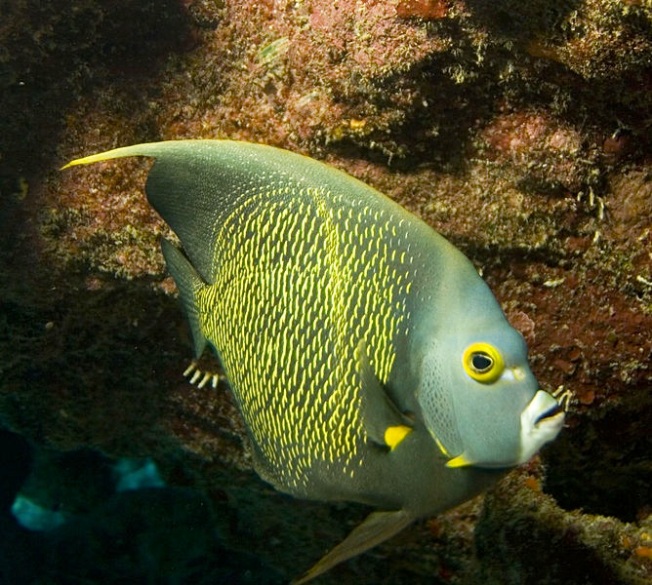