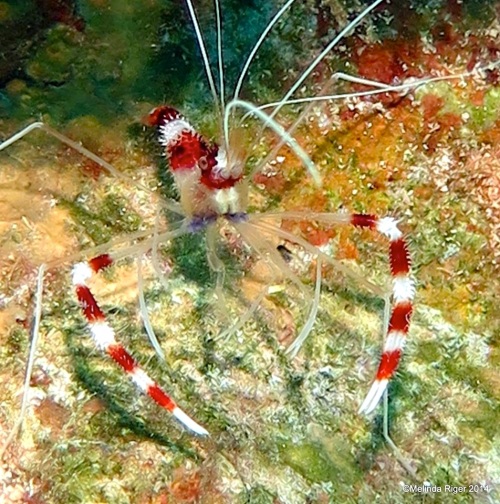 The Banded Coral Shrimp Stenopus hispidus is also known as the banded cleaner shrimp because it cleans other fish (see TAKEN TO THE CLEANERS); and ‘boxing shrimp’ because its stance and the large pincers on the third set of legs give the creature the appearance of a boxer ready to fight. 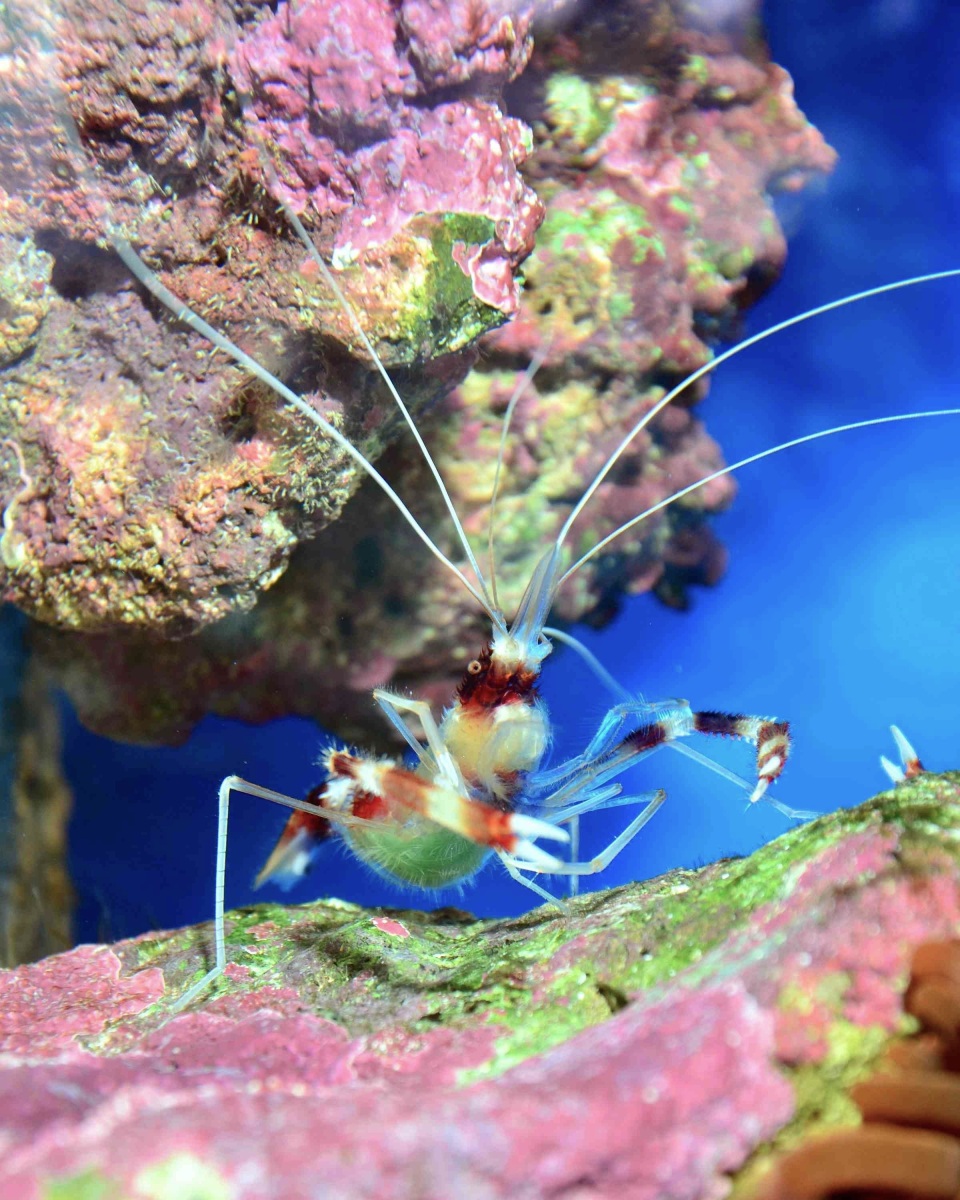 These shrimps are widely distributed in tropical and sub-tropical waters around the world where coral reefs are found. Their striking colour scheme makes them instantly recognisable. 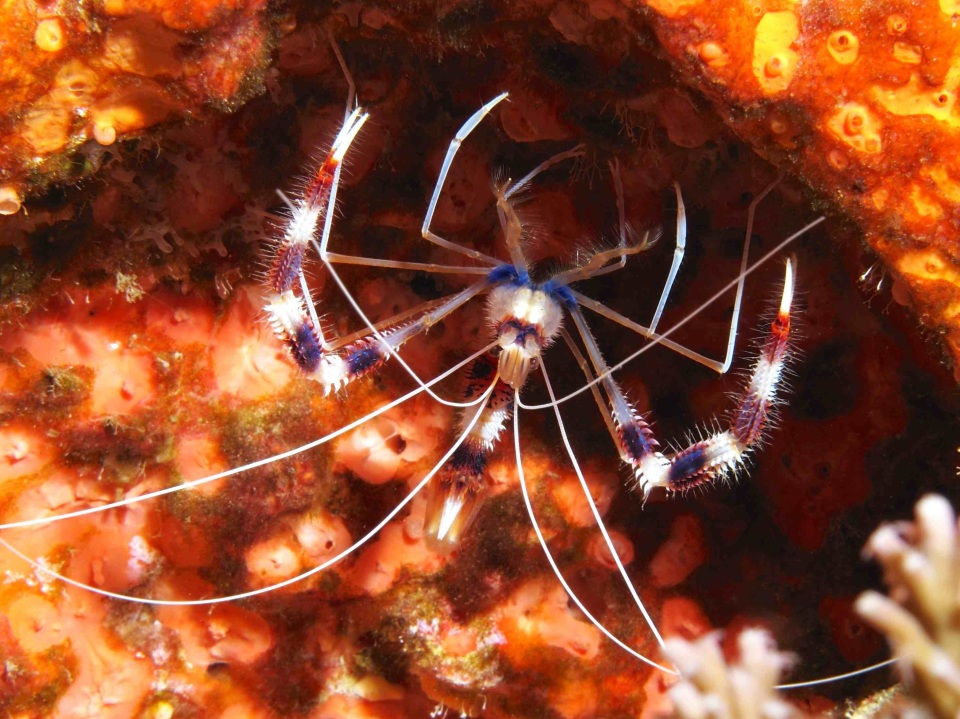 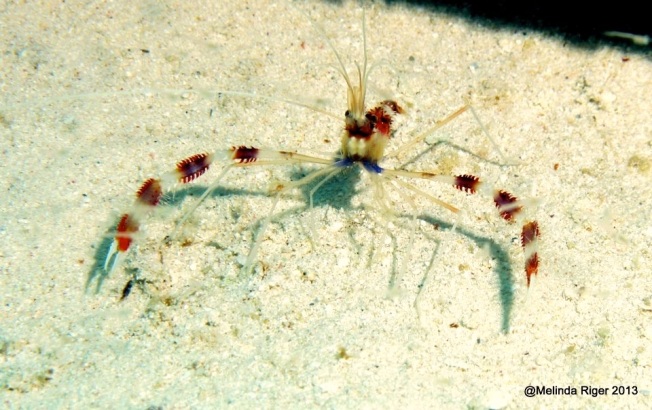 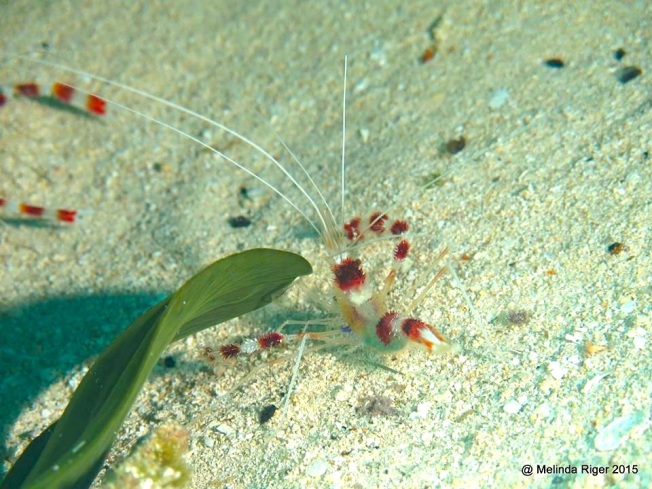 In its capacity as a cleaner shrimp, the BCS solicits passing fish by slowly waving its long, white antennae. It then uses its three pairs of claws to remove parasites, fungi and damaged tissue from the fish. See the video example below. 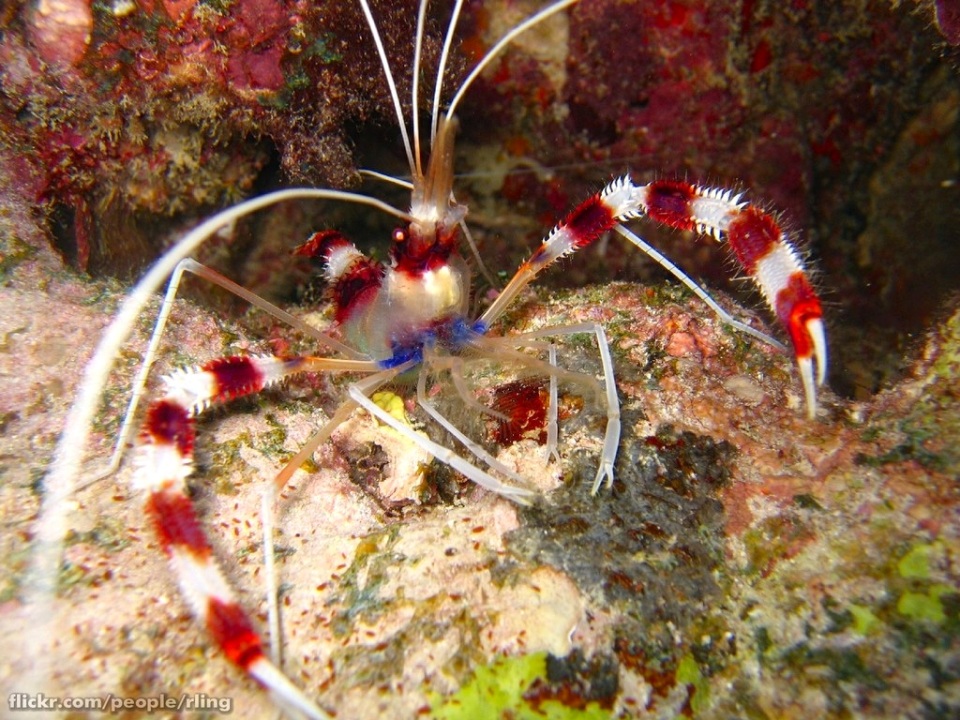 Credits: Melinda Riger (Grand Bahama Scuba); Johan Fredriksson; Alexander Vasenin; Laszlo Ilyesr; R. Ling; LiveAquaria, Fishlore [nb not all pics are from the Bahamas, but the BCS is the same the world over…]