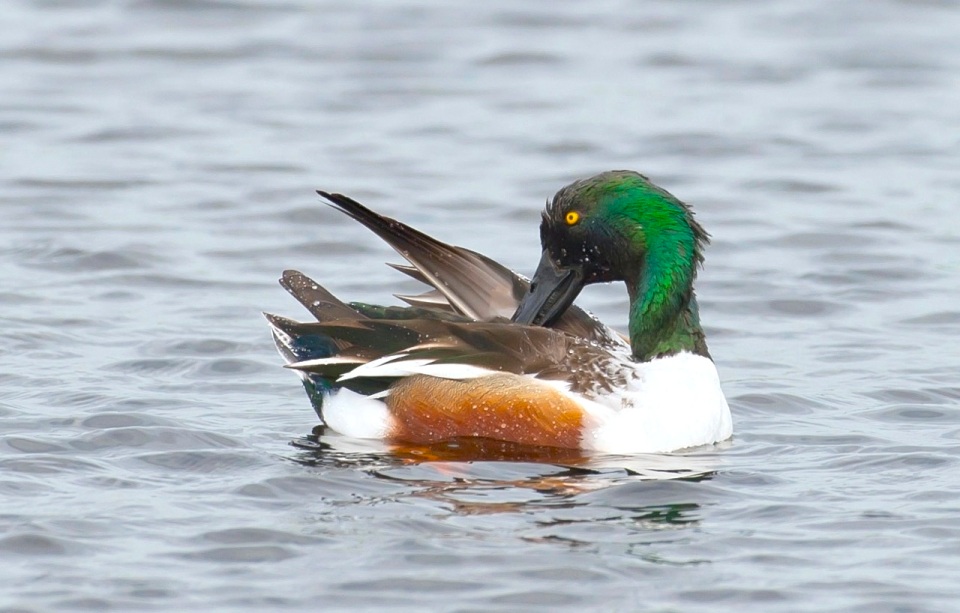 I’m broadly in favour of self-identifying bird names. You know where you are with a Spoonbill. If its bill is spoon-shaped, it is one. Conversely if it isn’t, it isn’t. True, you might waste a lot of time looking for a brownish duck gadding about near a wall, but the general principle of WYCIIWYG (what you call it is what you get) is a useful one.

Thus with shovelers. Their beaks are shovel-shaped. They shovel about in the water to feed. It’s that simple. Being dabbling ducks, they are dab hands (wings?) at upending themselves to get that sturdy beak down in the water. These are highly specialist gadgets too, edged with ‘combs’ (lamellae) that strain out the water from a diet that includes aquatic vegetation and invertebrates.  You can see this arrangement in the male shoveler in the header image. 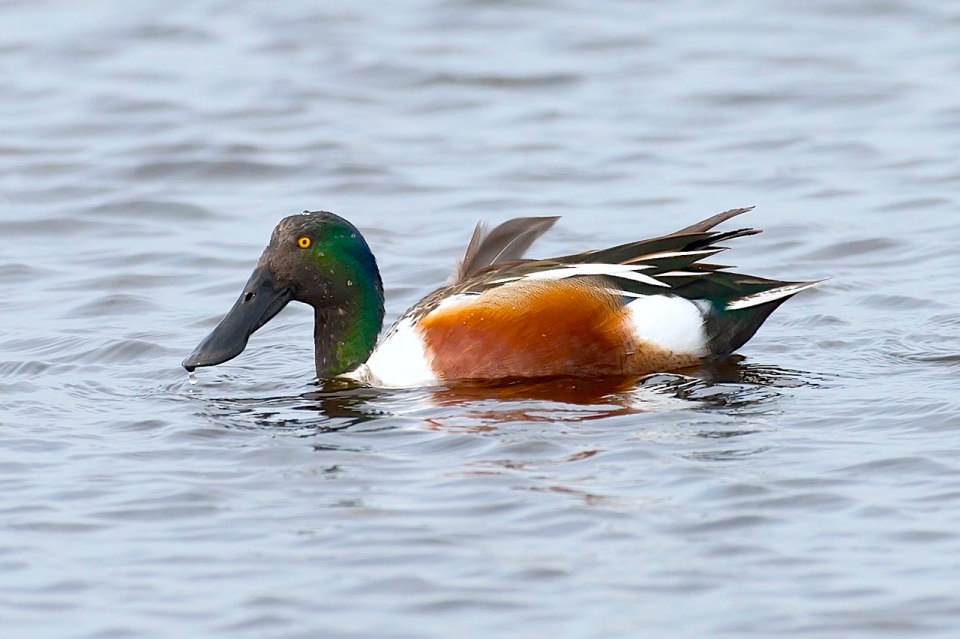 The male shoveler has striking plumage, with one of those ‘mallard drake’-coloured heads that is green except when the light catches it and it looks blue. I say ‘looks’, because the blue shades apparent in bird plumage do not result from pigments (which absorb most colours but reflect the visible colours) but from so-called ‘structural colouration’ resulting from scattered light, with the blue wavelength dominant. So even the bluest of blue birds – a bluebird, say, or an indigo bunting – is not blue but appears blue. But the bright red pigmentation of a male Northern cardinal is ‘real’ colour.

This male shoveler does not have a blue head… 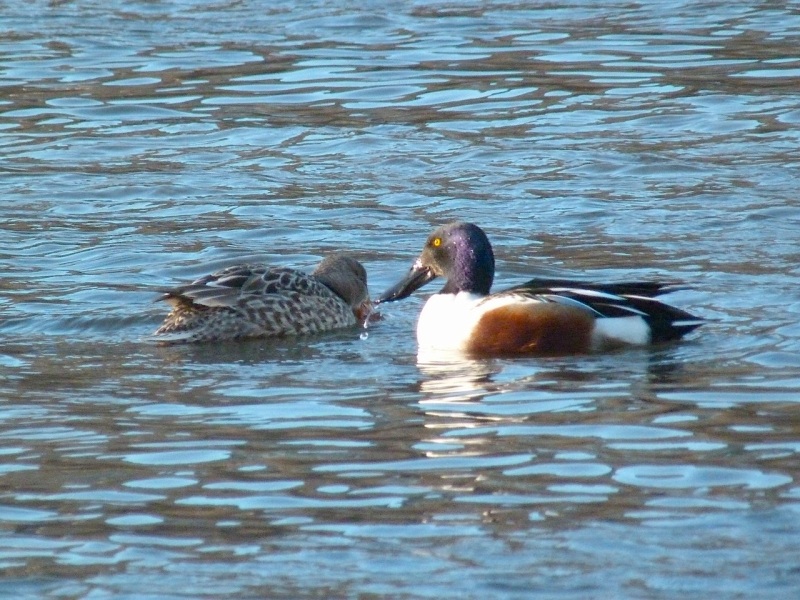 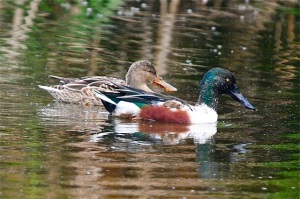 The shovelers shown above (except for the ‘blue’-headed one which comes from the set below) were all photographed on Abaco. I mentioned the familiar dabbling method of feeding earlier. However a few days ago in Central Park NYC on The Lake near Bow Bridge, I witnessed shoveler feeding behaviour that was new to me. It’s probably perfectly well-known and documented, but that’s amateurs for you**. A flock of about 30 male and female shovelers had split into smaller groups of between 2 and 10. They formed circles – sometimes very tight – and swam round each other with their heads underwater, stirring up the water as they paddled round, so that their bills were always immersed in freshly disturbed food possibilities. The effect was hypnotic, as you can see from the 15 sec video I took. Although in the clip it looks as though the birds are rapidly progressing to the right, they in fact stayed in much the same place. They were not very close to me, so these are illustrative images rather than ‘Audubon shots’. 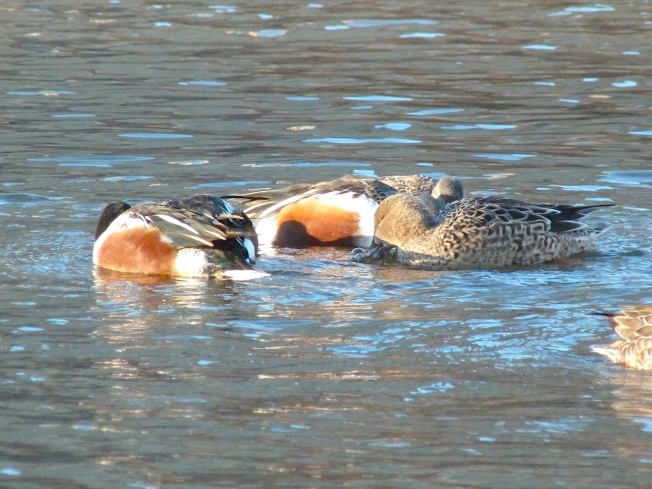