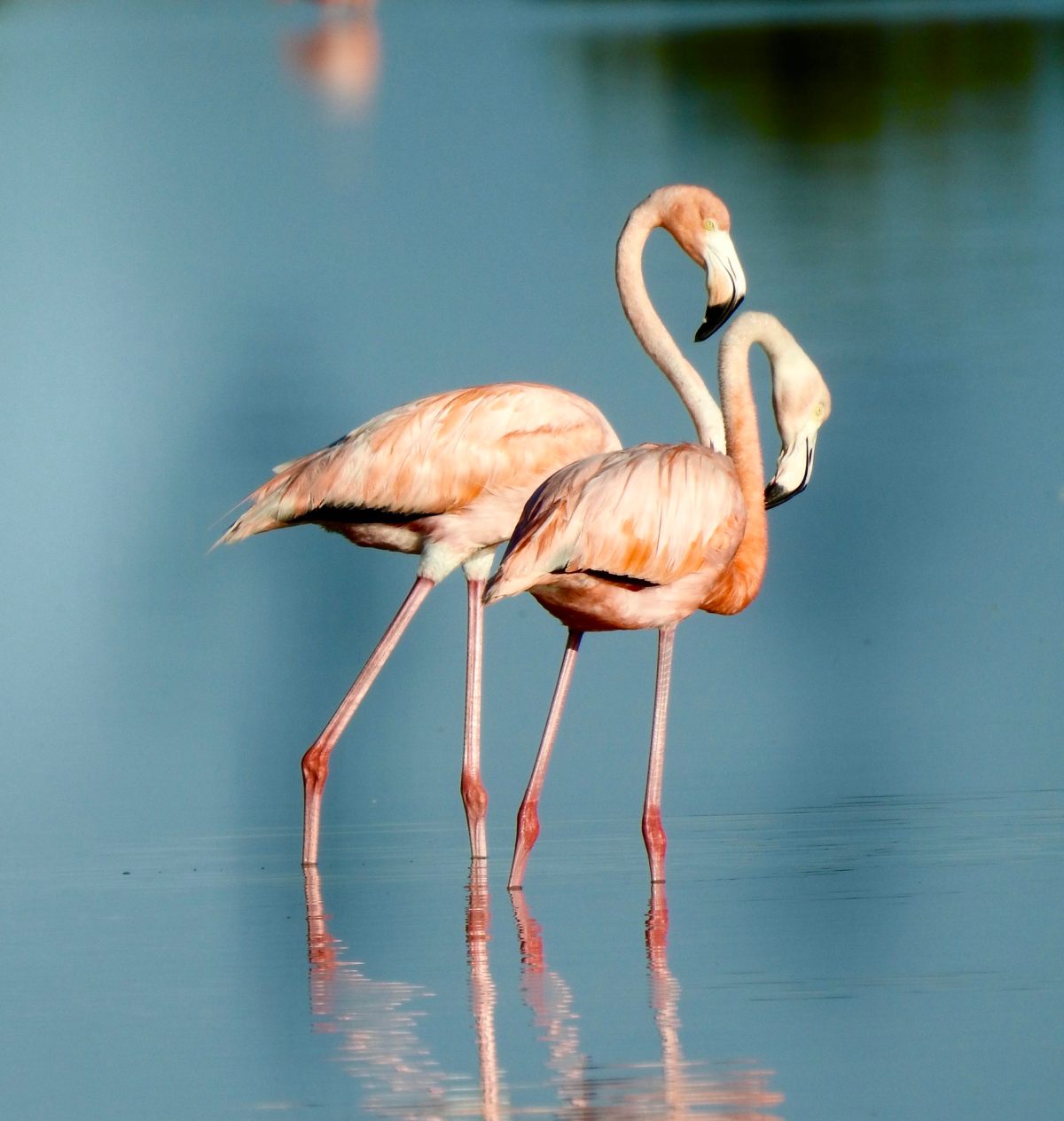 My favourite bird book, in a fairly large collection, is my treasured 1947 ‘first printing’ edition of James Bond’s Field Guide of Birds of the West Indies. It is not especially rare, and one can still be had for under $200. The price is rising – about 5 years ago mine cost $80, in excellent condition, with intact dust jacket and protective cover. 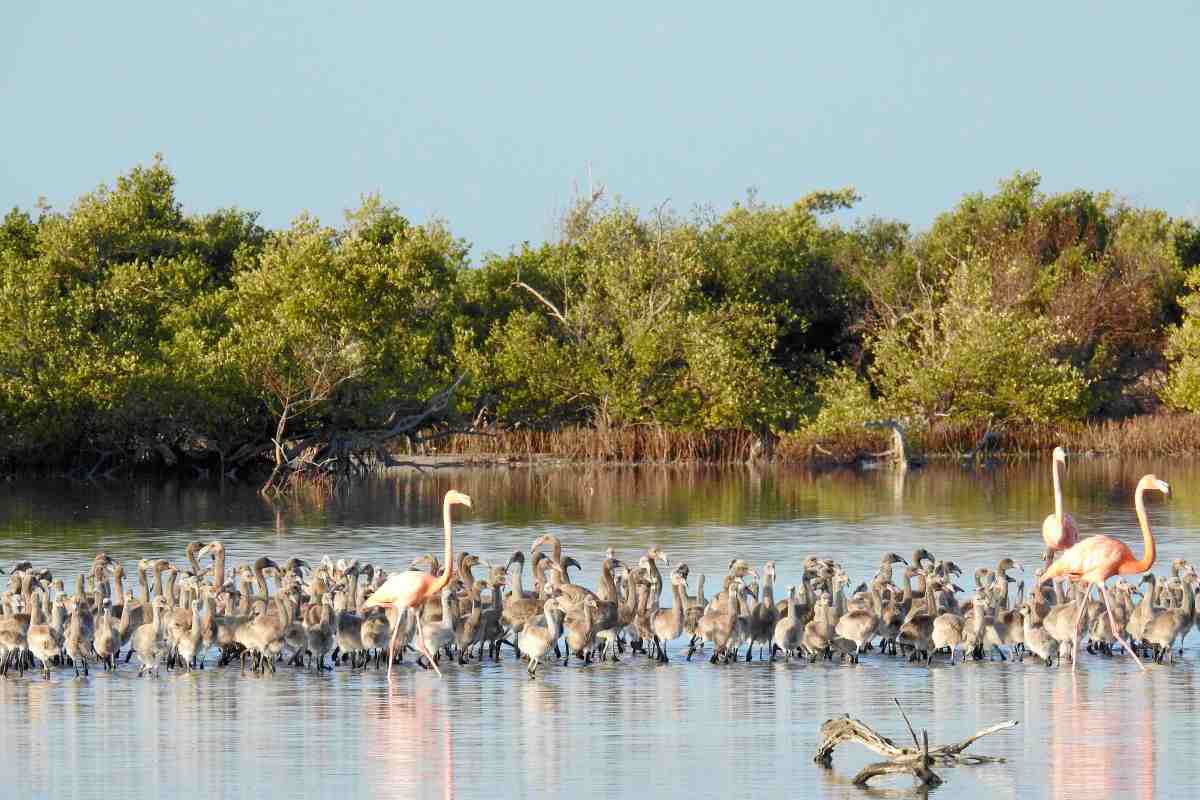 This renowned reference book has since had many subsequent incarnations – if you are interested, you can find the whole story including how Ian Fleming chose to name his Double-O hero after an ornithologist HERE. I have several later versions, including 1960 and 1985, where the source material forms the basis. However the latest book of the same name, by Norman Arlott published in 2010, is a completely new offering with a wealth of useful detail. It is good – but it isn’t Bond! 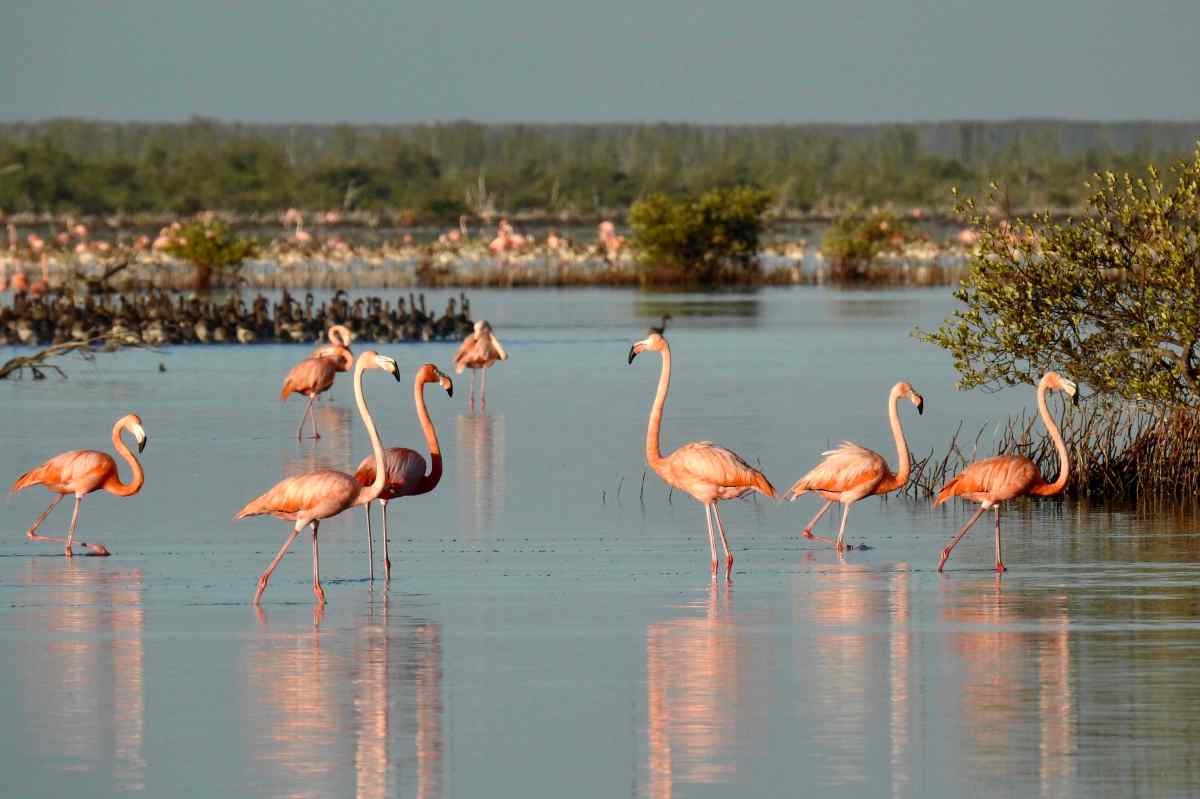 The 1947 Bond is commonly described as the First Edition, and sold as such. But as some will know, it is in truth the second edition of Bond’s famous book, which was originally published in 1936. This was made clear in the copyright info to the 1947 edition; but seems to be rather less prominent in later editions. 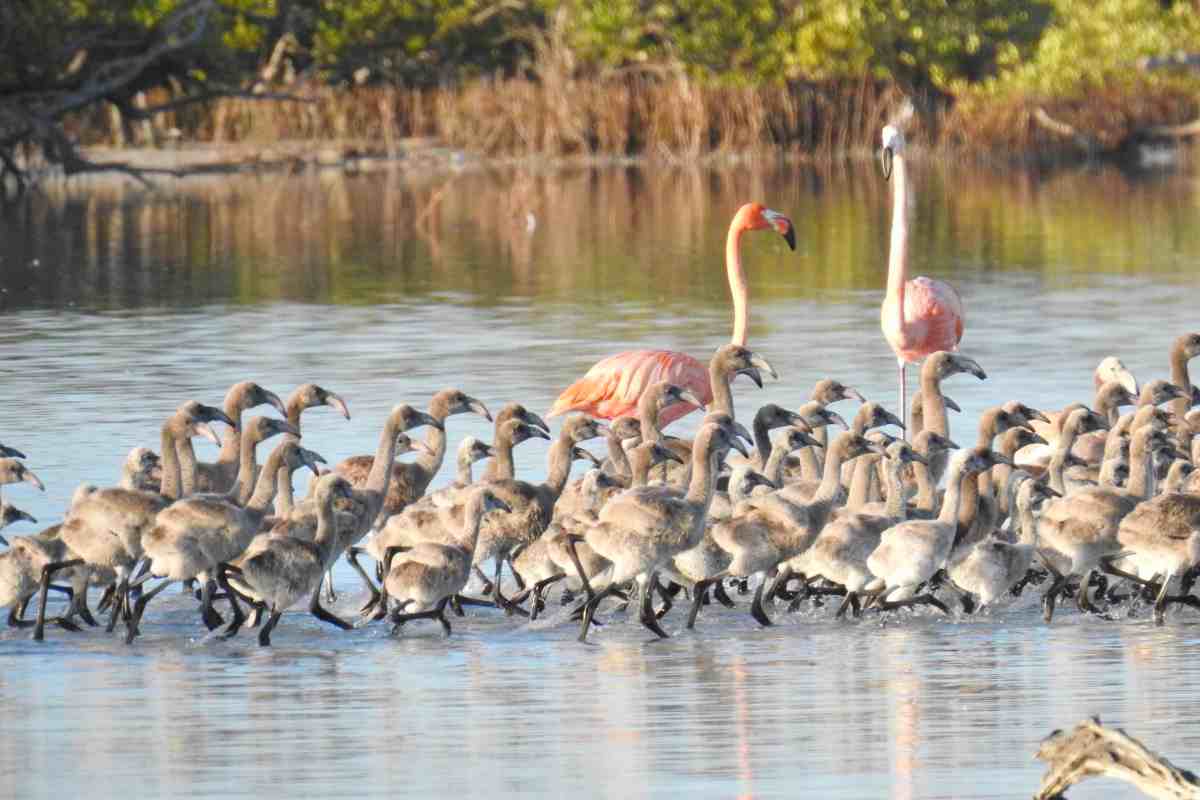 A true first edition – very rarely on the market –  now comes in well north of $2000, unless in poor condition and without the all-important dust jacket (with rare books, the “DJ” seems to be almost as important as the book itself, especially if in “VGC”). 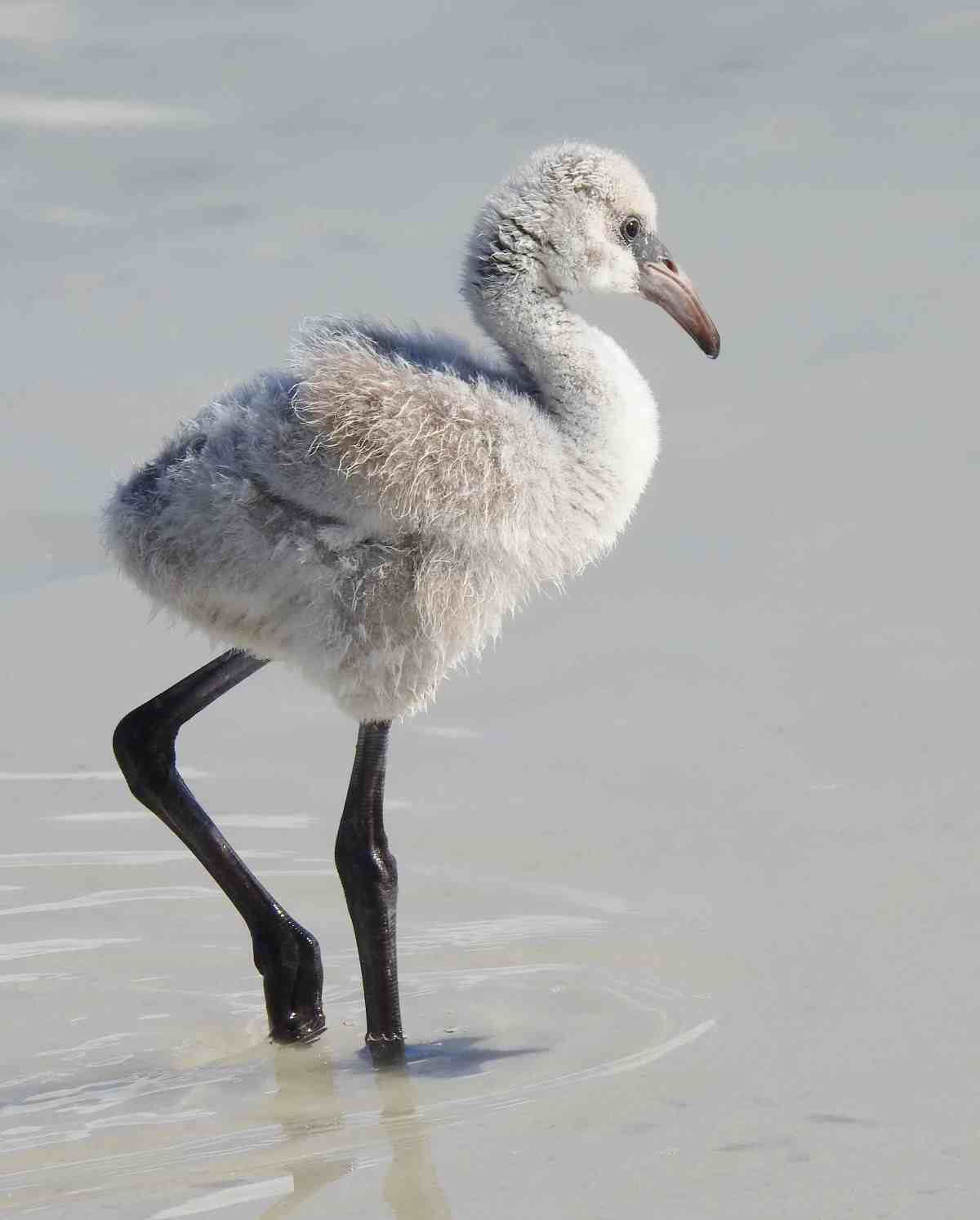 My edition of Bond’s book has a strange quirk in the title. It’s not exactly a misprint, more of a variation that was probably unintentional. The jacket proclaims it to be a field guide of  birds of the West Indies, as does the book’s front cover and frontispiece. However the book’s spine and the page preceding the Introduction state that it is a field guide to birds of the West Indies. 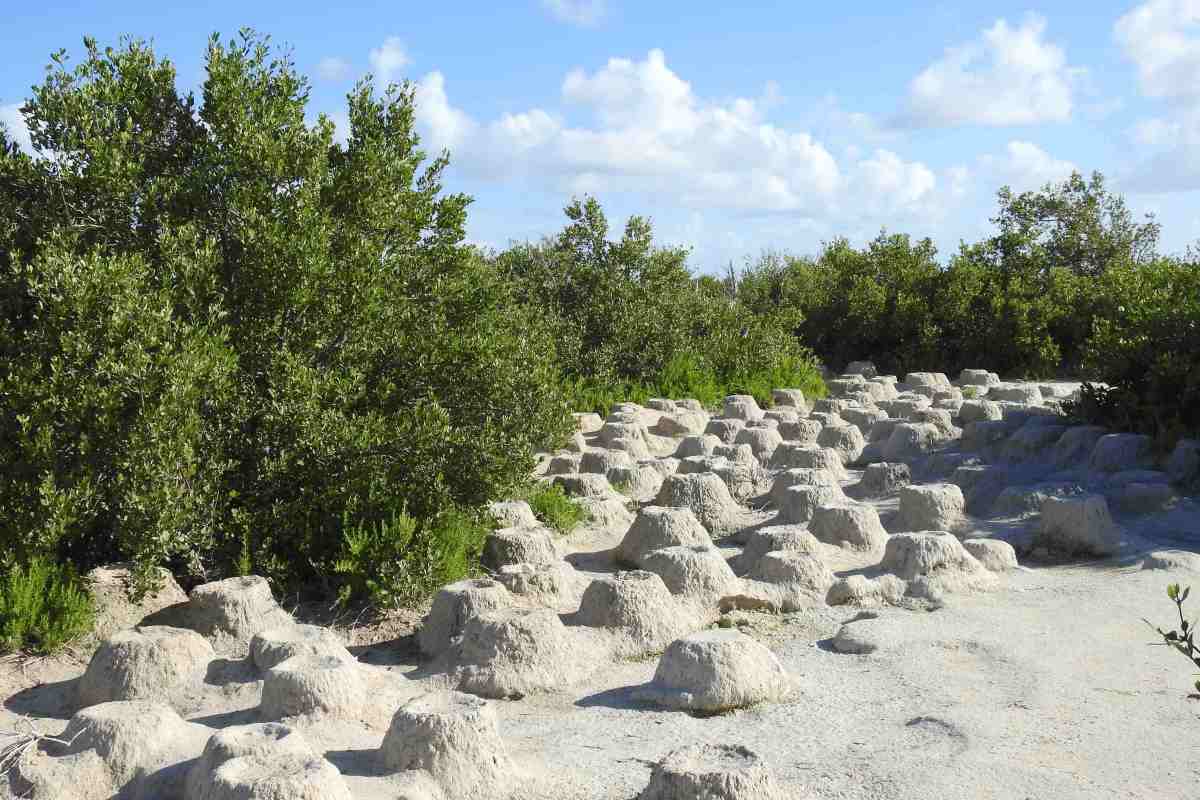 One of the great charms of ‘Bond’, besides the elegance of his writing, is that he includes the Caribbean-wide local names for the birds he features. Thus the mangrove cuckoo is variously known as a rain bird, rain crow, four o’clock bird, and coffin bird. The black-faced grassquit might be a blue-black, a see-see, or a johnny-jump-up. And a flamingo could be a flamenco, a flamant – or a fillymingo. 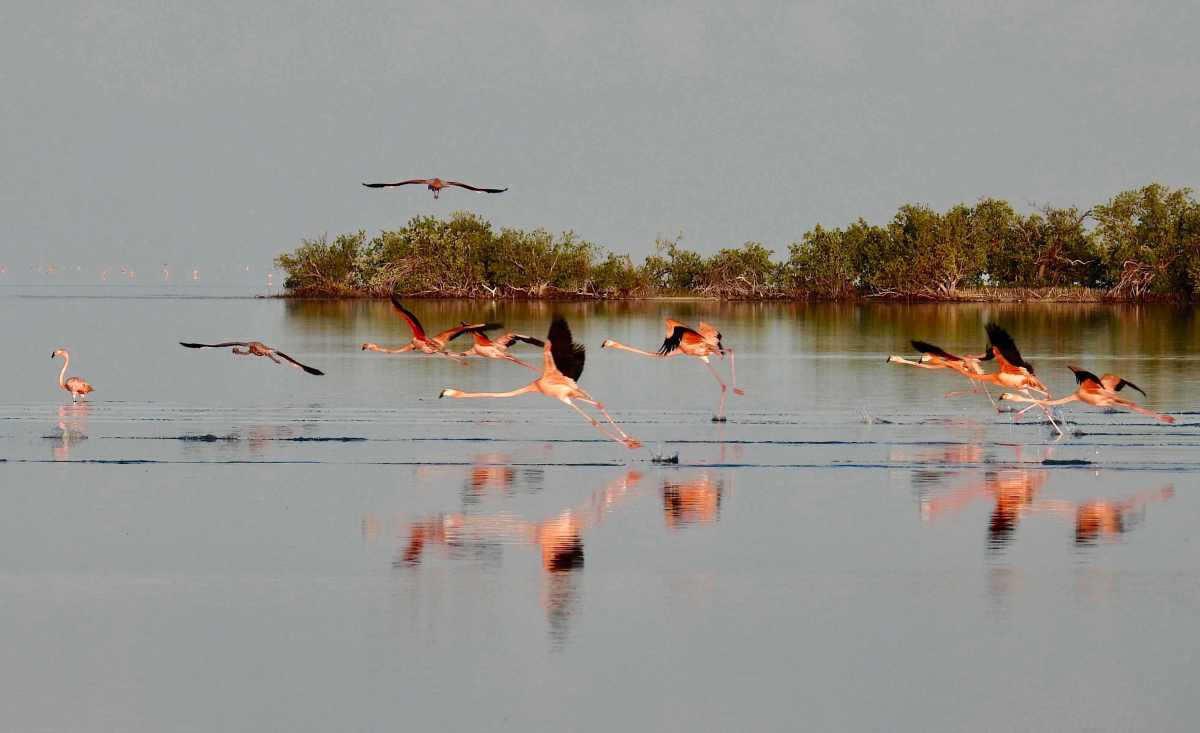 These reflections on one of the great bird books of the 20th century were prompted by a request I received from someone wanting a good image of a Bahamas flamingo Phoenicopterus ruber (the National Bird) to illustrate what is effectively a research paper about Bahamas natural history. Often with such inquiries – I get quite a few – I can supply images from my own archive.  Other times I am able to source images from generous people who give use permission (non-commercial) in return for a credit. 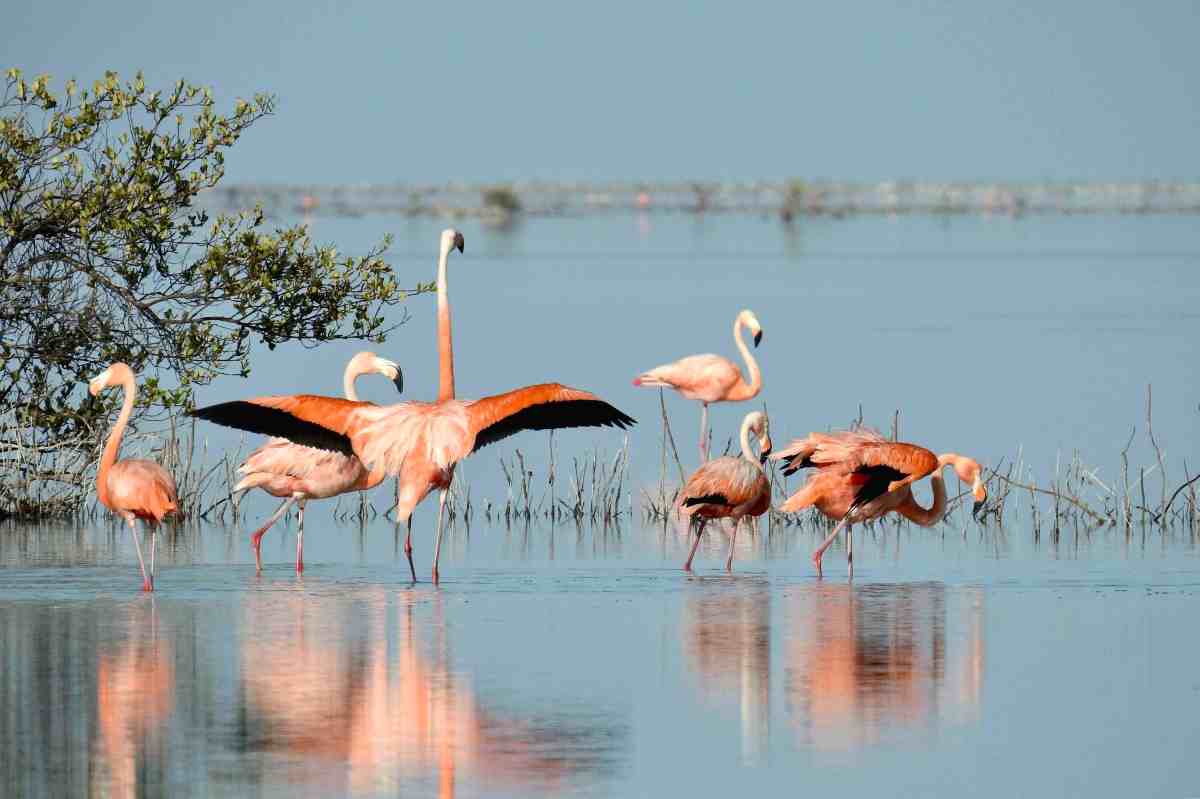 For the flamingos, I only had images of a single vagrant bird that turned up at Gilpin Pond, Abaco a few years ago (Birds of Abaco p25). It looks rather sad and lonesome in the photos; within a matter of weeks it was gone. 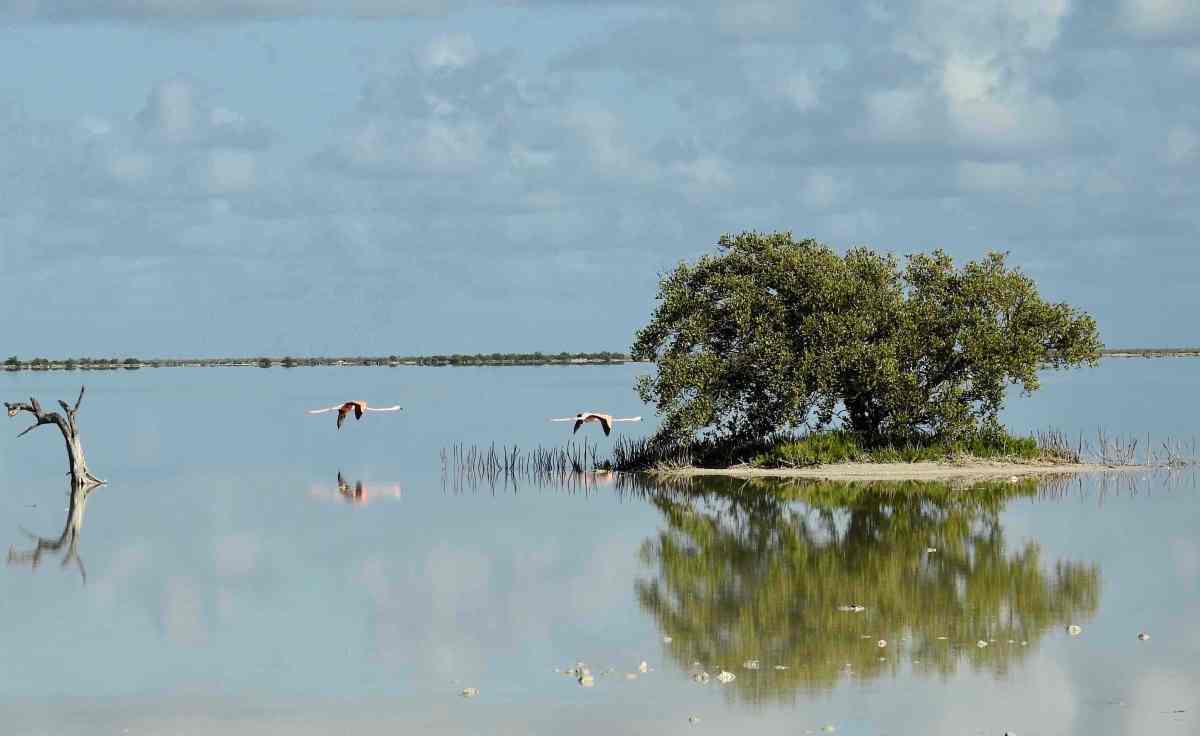 None has been reported on Abaco since, though once they were plentiful. Before this lone specimen, there was an attempt to reintroduce the species on the brackish ponds at the fishing lodge ‘Different of Abaco’, Casuarina. The lodge is long-since defunct, as are the flamingos (the PEACOCKS are flourishing however). 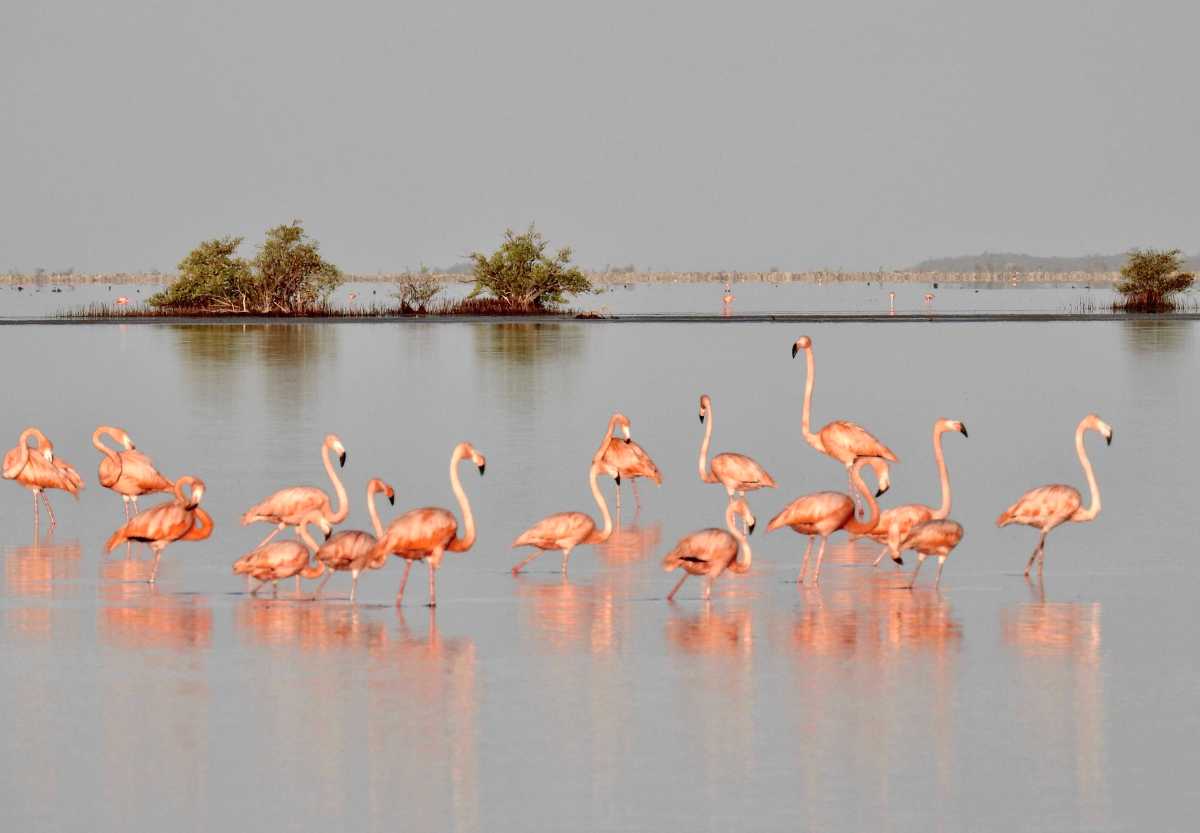 Luckily I knew who to turn to for flamingo pictures: Nassau resident Melissa Maura, a person deeply involved with the wildlife of the Bahamas and far beyond. Melissa has spent time with the flamingos of Inagua which has one of the world’s largest breeding colonies  – well over 50,000 – of these gorgeous birds in its National Park, overseen by the Bahamas National Trust. 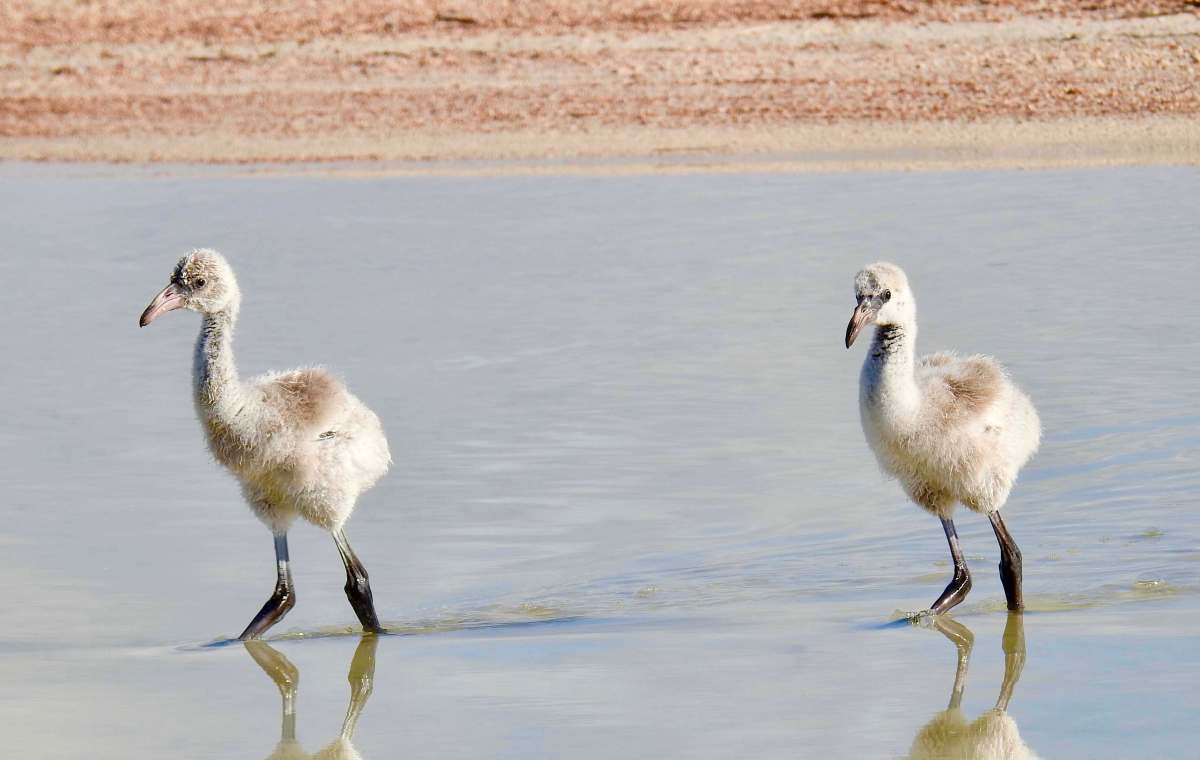 The flamingos of Inagua now thankfully receive the protection that was sadly lacking in c19 Bahamas, when their vast numbers were radically reduced by mankind, leading to extirpation on many islands where they had been plentiful. Hunted for meat and for ornamental feathers; taken for trading, for collections, for zoos: there were no limits. CHARLES CORY noted at the end of c19 that masses of chicks were being killed before they even fledged; and that large numbers were sold to passing ships, on which they were simply left to die. 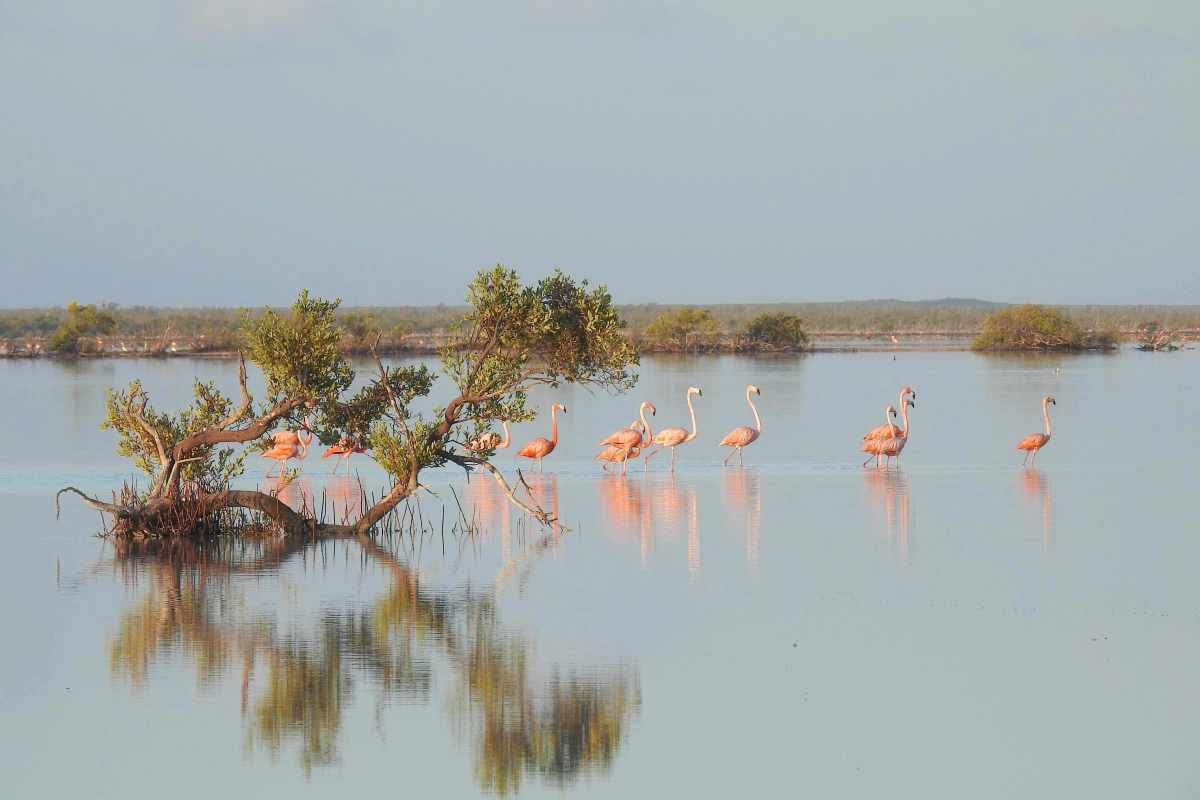 Melissa has been fortunate enough to be on Inagua during the breeding season when banding takes place. So besides the adult birds in their orange-pink finery, she has been able to photograph the strange ‘mini-volcano’ nests (above) and the sweet, awkward-looking grey chicks. And with her kind permission, Melissa’s superb ‘fillymingo’ photos adorn this article. I believe the real James Bond would have been delighted to admire them; I hope that goes for you too.

All great photos courtesy of Melissa Maura, with many thanks 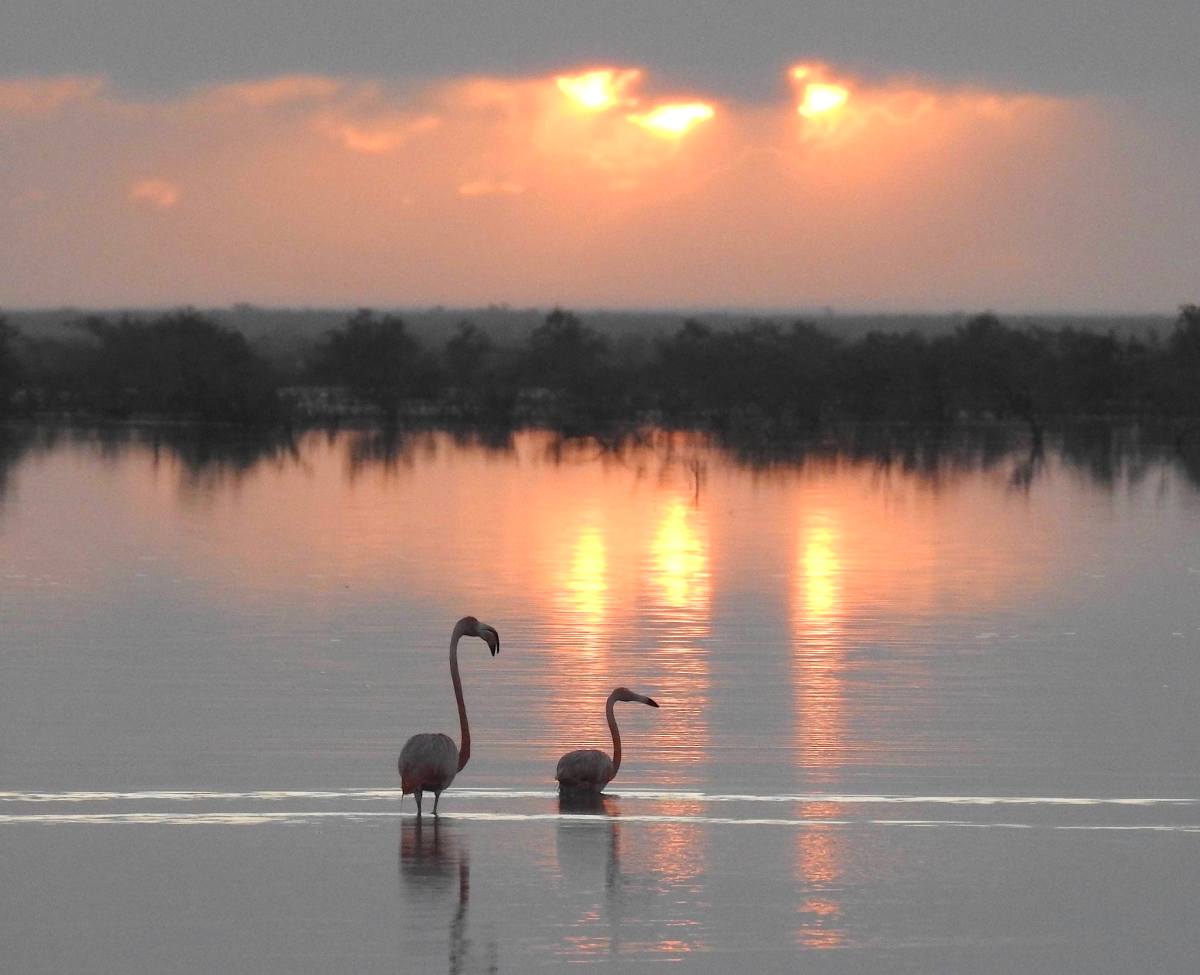