RARE, PRECIOUS – AND FOUND ONLY ON ANDROS, BAHAMAS

The future of the gorgeous endemic Bahama Oriole (Icterus northropi) hangs in the balance. IUCN Red Listed as ‘Critically Endangered’, the Oriole once lived on both Abaco and Andros. As recently as the 1990s, the species became extirpated on Abaco, leaving a small and fragile population in  fairly specific areas of Andros. These are places where the habitat is conducive to the orioles’ well-being, and in particular where they can safely breed and (with luck) replenish their depleted population.

We hear a lot about habitat loss as a grave worldwide problem for an increasing number of species. Narrow that down to one species, one island, a few defined areas, then add mankind and his needs to the mix. The wrong mix of habitat degradation, clearances, predation or disease could cause the Andros population to disappear as well. 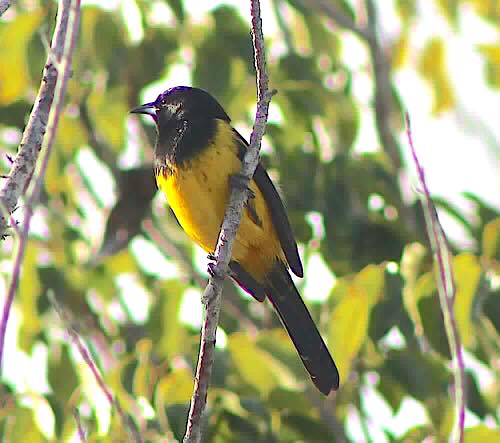 Which is where conservation and science come into play. The Bahamas archipelago benefits from an astonishing number of (broadly-speaking) environmental organisations that are involved in species and habitat protection, both terrestrial and marine. They range from international to Bahamas-wide and Governmental, to NFP organisations on the main islands, and on through local communities via citizen scientists to dedicated individuals. All are fighting a specific battle with a single aim; all face an increasing array of metaphorical weapons being deployed against them.

SO, ANY GOOD NEWS THEN?

Returning to the orioles – in many ways a perfect indicator bird species – recent research has led to an encouraging discovery.  A new study in The Journal of Caribbean Ornithology published by researchers from the University of Maryland, Baltimore County and Bahamas National Trust collaborating on the Bahama Oriole Project (@BahamaOrioleProject) reveals new evidence about the nesting habits and habitats of the orioles that will have “…major implications for future conservation” (this work was funded in part by the American Bird Conservancy and Birds Caribbean).

The study is the outcome of the work of a dozen conservation specialists. In a coconut-shell, the orioles were thought to nest only in the coconut palms found near the coast. However the recent intensive research program reveals that ‘multiple pairs’ breed in the pines and the thatch palms of the forests, away from the coast. Indeed, these may prove to be the primary nesting locations. The implications of these new findings are significant, not least for a possible uplift in numbers and the way in which conservation measures can be adapted to the new discovery. For those wanting something more authoritative, the short Abstract of the study is given at the end. And if you’d like to read the whole article, click on the link below. 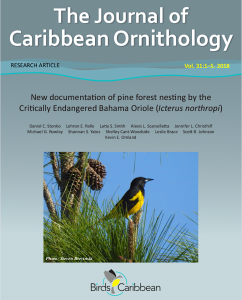 THE MAIN CAUSES OF THE CRITICAL DECLINE ON ANDROS

*The date of this arrival seems to correspond to when the orioles were extirpated from Abaco. However, see next para.

WHEN & WHY DID THE ORIOLES VANISH FROM ABACO?

This is a classic ‘riddle wrapped in a mystery inside an enigma’. Various sources I have looked at use a formula such as “…became extirpated from Abaco in the 1990s”, or “disappeared for unknown reasons in the 1990s”. However, Abaco birding expert Elwood ‘Woody’ Bracey comments (see below) that Bahama Orioles were last formally recorded on Abaco in 1973 by researcher Duncan Everette and his partner who were banding warblers in Southern Abaco in what is now the Abaco National Park. At that time, the Shiny Cowbird was only rarely found on Abaco, if at all.

I’ve found no clear clue as to the cause – nor even when the last evidences sighting of an oriole on Abaco was made. I haven’t found a single photo of one taken on Abaco at any time in history. To be fair the option of snapping everything with wings multiple times using a digital camera with a huge chip didn’t exist then. As to past history, Kevin Omland of @BahamaOrioleProject says that there are at least 9 specimens in museums around the world collected from Abaco in the 1800s and early 1900s.

The Bahama Oriole (Icterus northropi) is a Critically Endangered species endemic to The Bahamas and currently found only on the Andros island complex. With the elevation of the Bahama Oriole to full species status in 2011, research suggested that there were fewer than 300 individuals remaining in the global population. The Bahama Oriole was also termed a “synanthropic species” based on data suggesting that the species nested almost exclusively within anthropogenic residential and agricultural habitats in introduced coconut palms (Cocos nucifera). These conclusions were based on population surveys primarily confined to settled areas near the coasts. However, we documented multiple pairs of orioles with breeding territories deep in pine forests, and we present the first records of Bahama Orioles nesting in pine forests—in both a Caribbean pine (Pinus caribaea) and native understory Key thatch palms (Leucothrinax morrisii). Given the predominance of the pine forests on Andros, this newly documented breeding habitat has important implications for developing population estimates and future conservation plans for the Bahama Oriole. 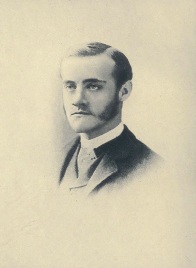 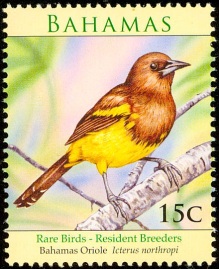 ↑ Mr Northrop with his Bird

6 thoughts on “BAHAMA ORIOLE: HABITAT FIND FOR A RARE GEM”