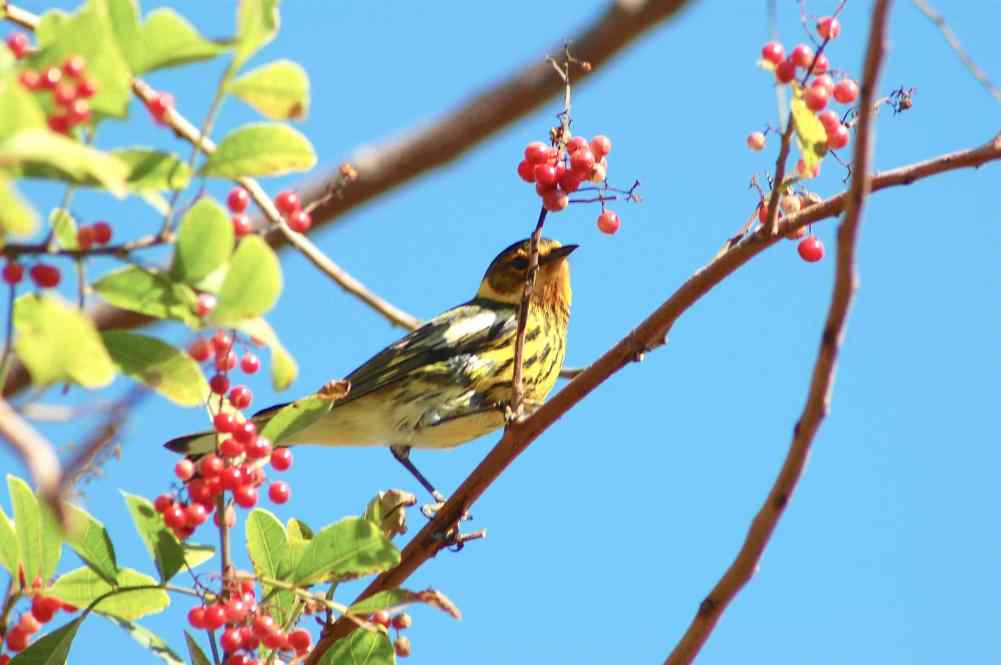 CAPE MAY WARBLER FOR MAY: WHAT’S IN A NAME?

The history of ornithological classification and nomenclature is littered with peculiarities, of which the attractive Cape May Warbler Setophaga tigrina provides a good example. And May is obviously the perfect month to feature this little bird. 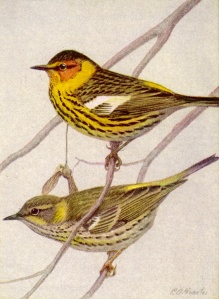 The range of the species is well defined. In the summer the birds live within a broad band that straddles northern USA and Canada. In the winter they head south with all their migratory warbler cousins. Again, the target area is in a quite specific range. 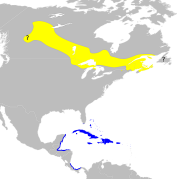 As with all migratory species, some birds each year will wander or be blown off-course; or will take a rest stop en route and decide to stick around. And so it was that in May 1812, a month before the Battle of Waterloo, the first specimen of the species was collected on Cape May by George Ord during a trip with naturalist ALEXANDER WILSON (he of plover & snipe fame). To be specific, they had gone to shoot the birds they wanted to collect; the little bodies were after all the only irrefutable evidence of a new ‘find’ at that time. 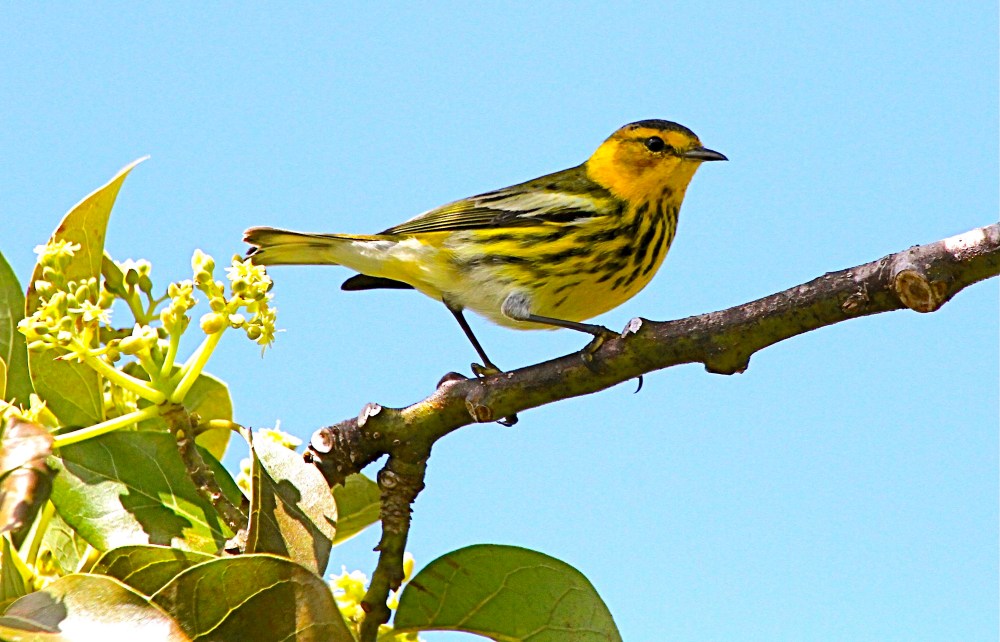 As Wilson later wrote (and note his use of the words ‘shooting excursion’ and ‘ransacked’):

THIS new and beautiful little species was discovered in a maple swamp, in Cape May county, not far from the coast, by Mr. George Ord of this city, who accompanied me on a shooting excursion to that quarter in the month of May last…The same swamp that furnished us with this elegant little stranger, and indeed several miles around it, were ransacked by us both for another specimen of the same; but without success. Fortunately it proved to be a male, and being in excellent plumage, enabled me to preserve a faithful portrait of the original. 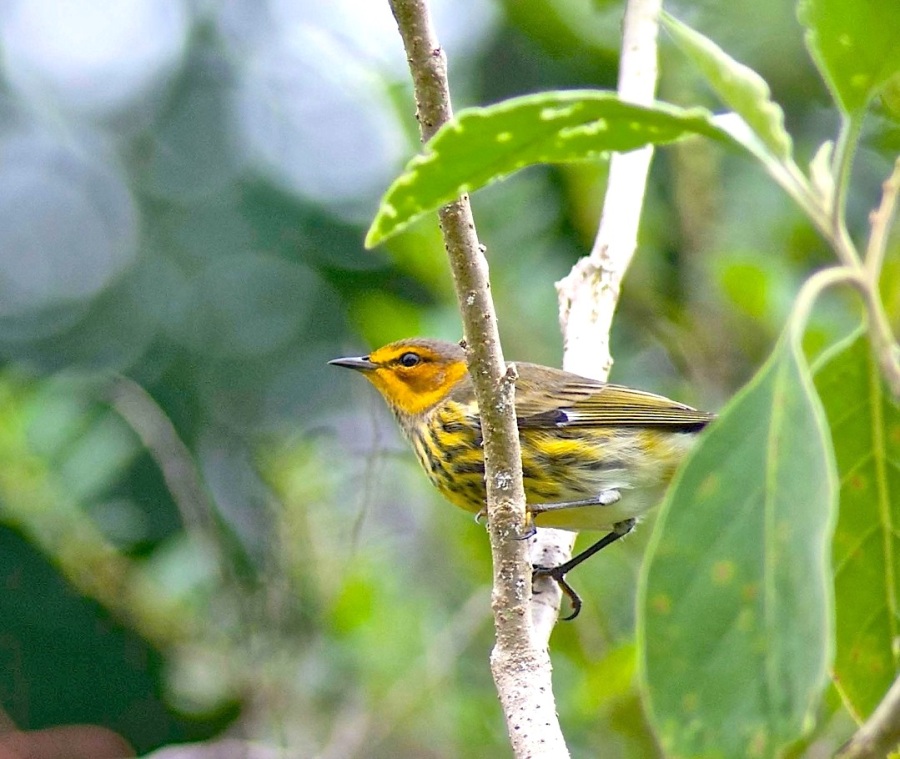 The odd (indeed ‘Ord’) thing was that the specimen was a complete one-off at that time. With the benefit of hindsight, I think we can say it came in the category of ‘rare vagrant’: no other specimen of this species (named Sylvia maritima by Wilson) was seen on Cape May for more than a century… Then in 1920, another example was found. Over the succeeding years sightings have gradually increased, and the CMW is no longer regarded as unusual in the location that gave it its name. It has become an uncommon migrant instead. 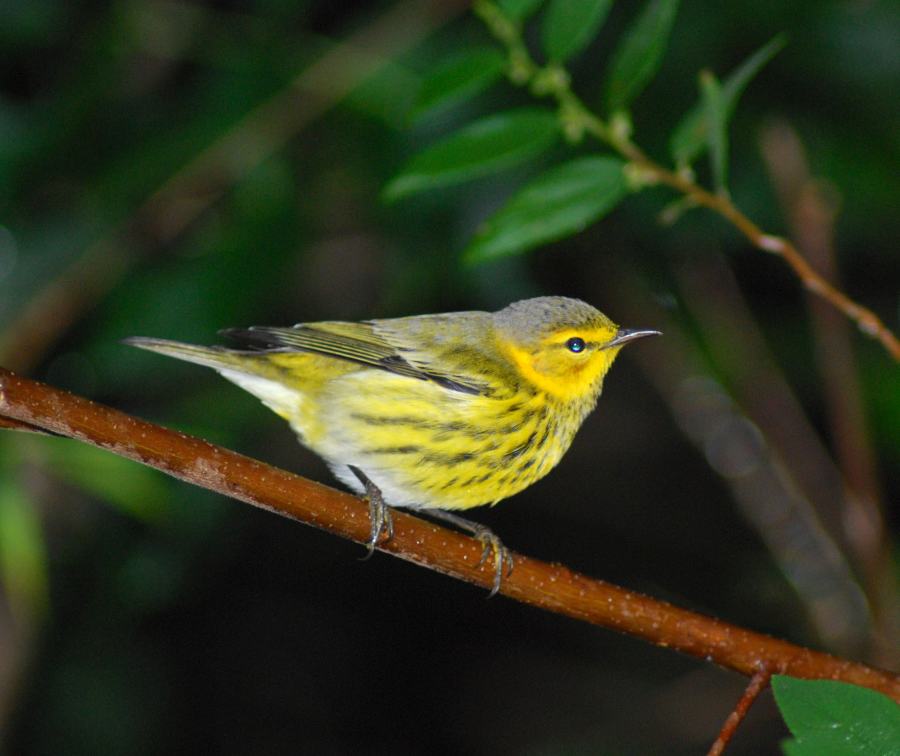 On Abaco, CMWs are classified as WR1, which is to say common winter residents. Males have striking chestnut cheeks in the breeding season, with strong streaking on the underside. Note also the black eyestripe. Females and juveniles are paler and the marking is less prominent. These warblers are insectivorous; in winter they may also feed on nectar and fruit. Behaviour-wise, they have aggressive tendencies in defence of their territory and of their food sources. 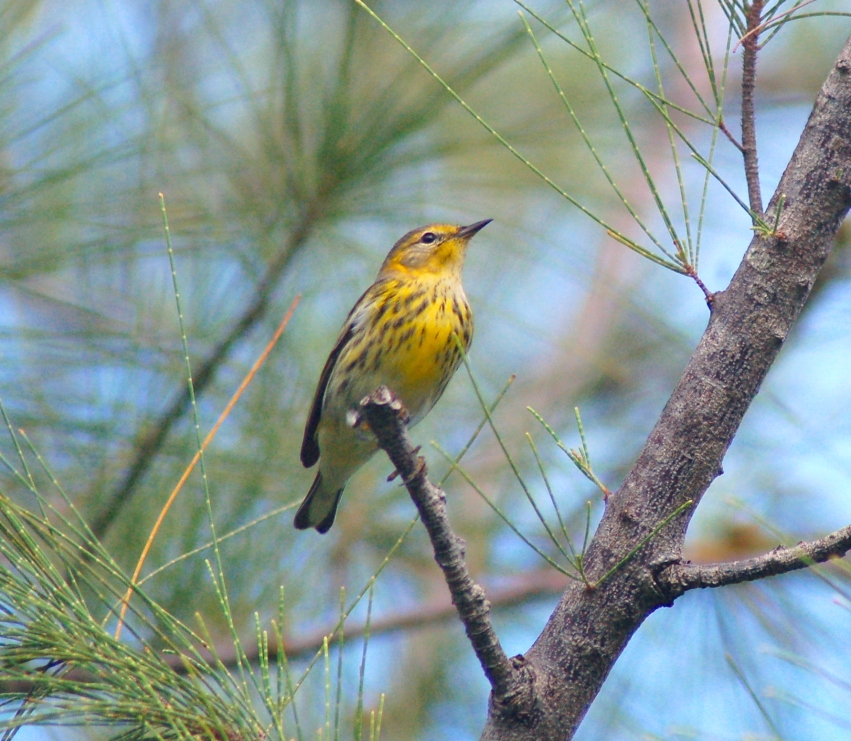 In researching this post, I discovered a strange (but slightly dull) fact. The CMW is unique among warblers in having a tubular tongue to enable nectar feeding (as with hummingbirds). This random fact hardly has the makings of a chat-up line, I do realise, but considering the multitude of warbler species in existence, the CMW has the benefit of a rather special adaptation. It’s one that Darwin himself might rightly be proud to have observed.

Tongue 2 (bottom left) is the CMW; No.5 is a bananaquit’s feathery tongue 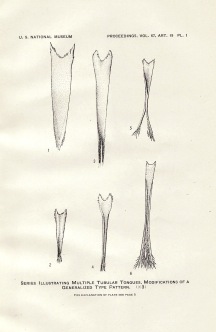 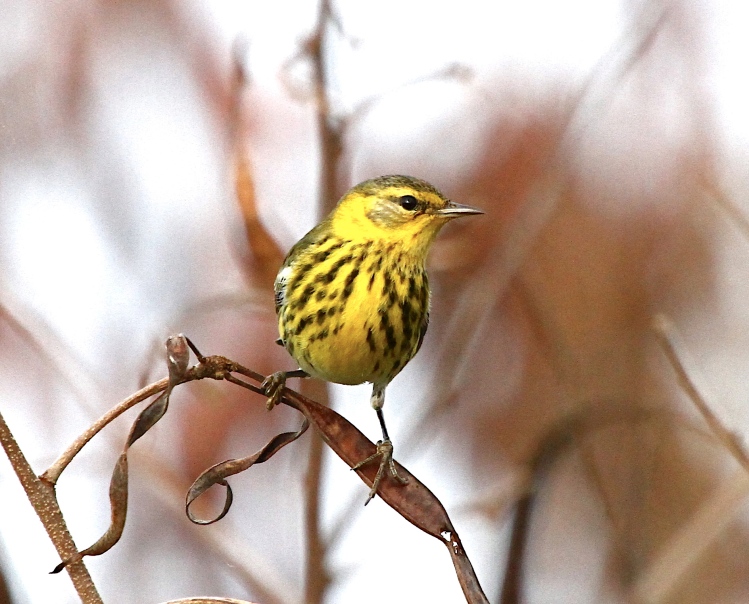 WHAT SHOULD I LISTEN OUT FOR?

Unhelpfully, even the authorities have a tough time describing the song and call of a CMW. As with so many song-birds, variations on the theme “the song is a simple repetition of high tsi notes; the call is a thin sip” are the best you can hope for. However, it’s worth noting that the species generally prefers to sing from high perches. But then so do many others I’m afraid. Here’s something more practical  – the tsi and the sip: 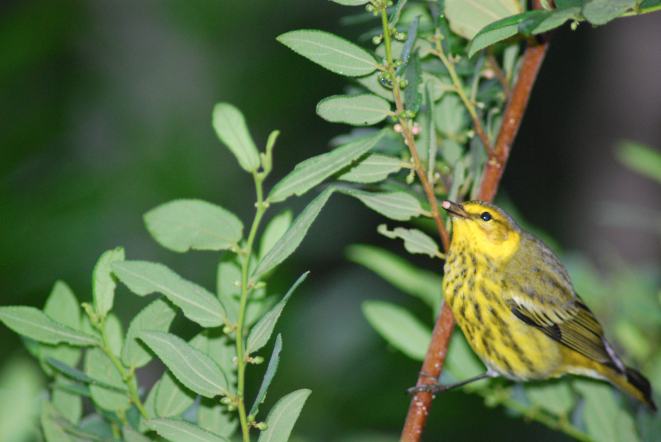 ALL BIRDS, EXCEPT THE LAST, PHOTOGRAPHED ON ABACO, BAHAMAS 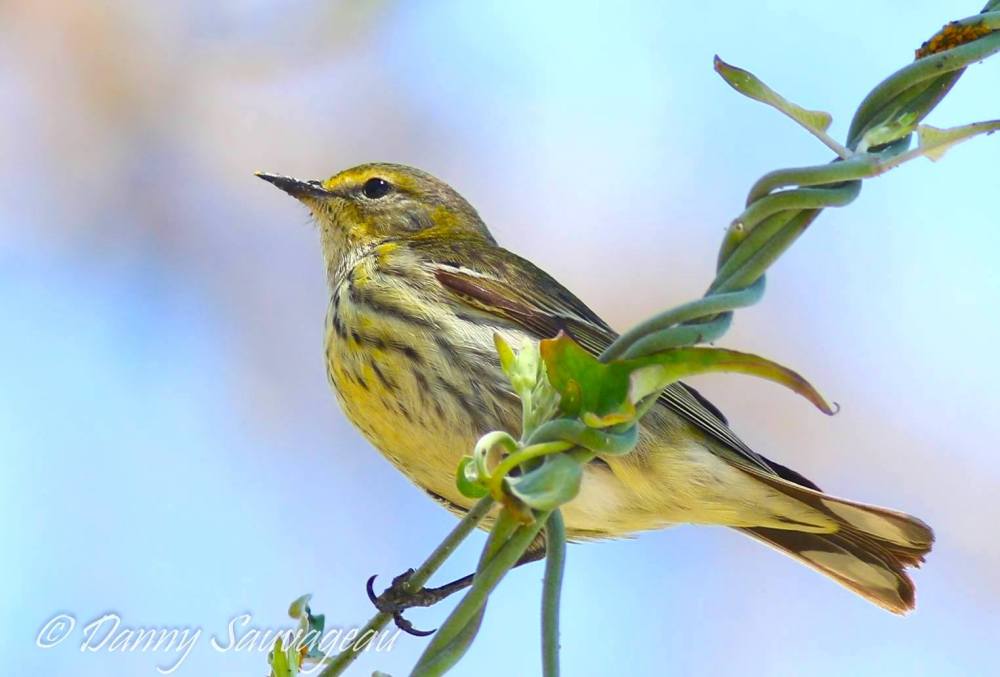 2 thoughts on “CAPE MAY WARBLER FOR MAY: WHAT’S IN A NAME?”