Last year I posted about an avian scoop, when black skimmers (Rynchops niger) were actually photographed on Abaco. These wonderful birds are classified WR 4 for Abaco, which means uncommon winter residents (ie roughly September until April). Now I look into it further on the indispensable eBird, there are actually quite a few reported sightings most years on Abaco – especially on the Cays. Furthermore the sightings cover most months except midsummer. So maybe they aren’t so rare after all. But I couldn’t track down any workable Abaco skimmer photographs until Charmaine Albury managed to take a few last Autumn, which led to the gift post title SCOOP. Because that is just how they feed.

Danny Sauvageau is a dedicated birder in Florida, and a brilliant photographer with it. From time to time I feature his work when his camera skills cover a species found on Abaco but for which Abaco images are scarce (or non-existent). All these photographs were recently taken in Pinellas County, Fl., and I’m really grateful to Danny for permission for occasional use of his exceptional photos.

At the moment, the breeding season is well under way, with the hungry chicks being fed as fast as they can swallow. And this is how that looks, thanks to Danny and his immense talent. 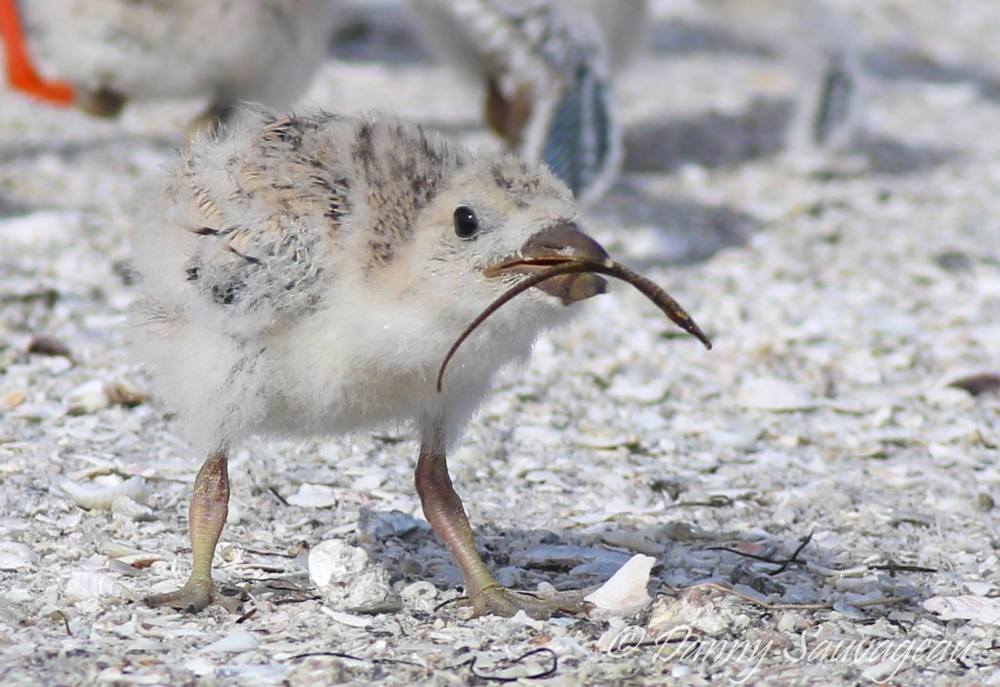 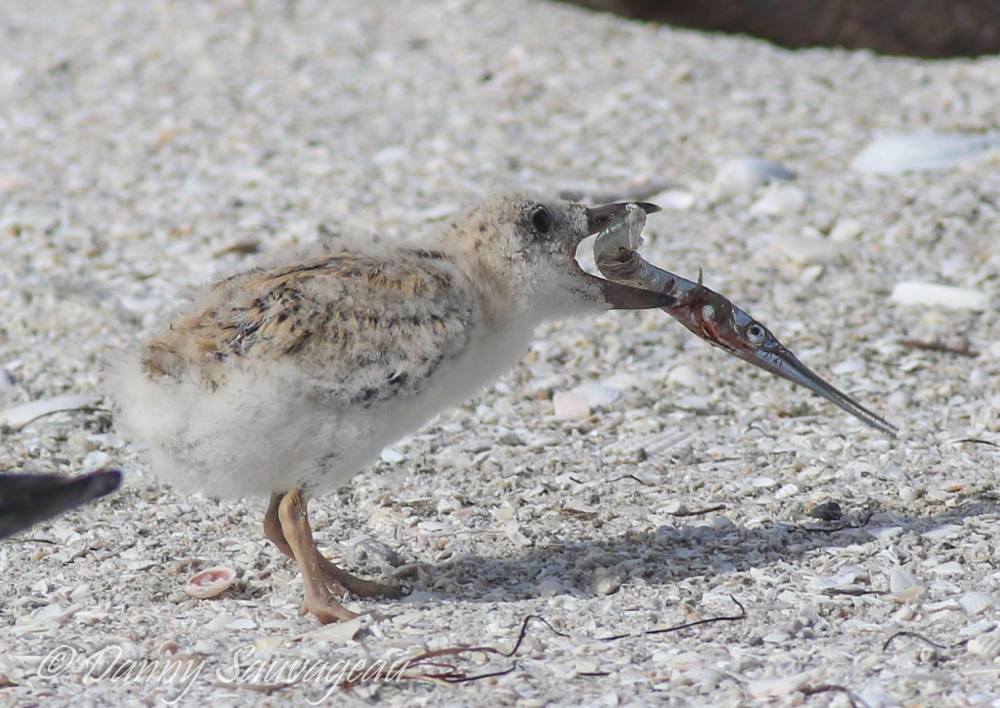 All photos by © Danny Sauvageau, with thanks

And finally… I’d be really pleased to hear about any Abaco skimmer sightings (and I’ll keep an eye on eBird). Bonus points and a theoretical Kalik for photographs!

I have been waiting soooooo long for photos of black skimmers (Rynchops niger) taken on Abaco. When we were putting together “The Birds of Abaco”, I had just one skimmer image – a bird standing self-consciously on a jetty facing the camera, a shot into difficult light with a low-res unusable picture resulting. I never collected another qualifer (‘Abaco birds only, natural surroundings, no feed trails’). So sadly they don’t feature in the book.

These rather special seabirds breed in North America. Very sensibly (and like many humans), they migrate south to overwinter in warmer climes, including the Caribbean. But in the northern Bahamas sightings are very rare. Or maybe I should say, reports of them are rare, and photos the more so. They are classified as WR4, very uncommon winter residents.

But now the Rolling Harbour duck is broken (so to speak). Two skimmers were spotted yesterday by Man-o-War Cay resident Charmaine Albury, a keen birder and photographer. Her images of this chance sighting as the pair flew gracefully past to land on the beach show enviably quick reactions with the camera! We have a Big Scoop here. Two of them.

WHAT’S SO SPECIAL ABOUT THEM? 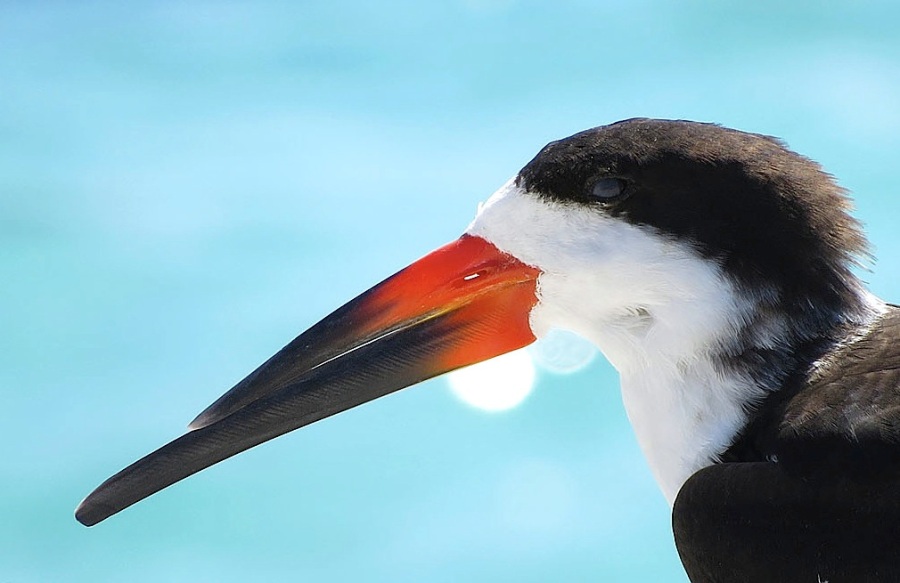 HOW DOES THAT HELP?

When hunting for food, skimmers fly fast and very close to the surface of the sea. The long thin lower mandible cuts through the water … and when it comes into contact with its prey, the bird snaps shut the upper mandible onto it.

NOT ENOUGH. I WANT TO ACTUALLY WATCH THEM DO IT…

This short video by EstuaryLiveTV shows skimmers feeding in real time, then in slow motion in an estuary. They are looking for fish, crusteaceans and molluscs. It explains all. 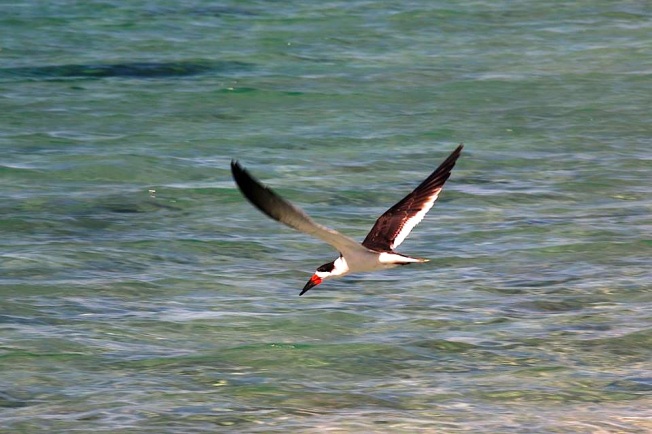