Before the explorations of the american ornithologist Charles Cory towards the end of the c19, there had been few if any serious attempts to record the birds of the Bahama Islands, especially the sparsely populated ones such as Abaco. The english naturalist Mark Catesby had published his  wonderful The Natural History of Carolina, Florida and the Bahama Islands as early as 1754, which of course included some birds, but it was far from avian-specific. During the 1880s, Cory forsook the golf course (his other passion – he even competed in the 1904 Olympics but, as it is intriguingly put, “…did not finish…”) to concentrate on birds. He commenced his research for his List of the Birds of the West Indies, published in 1886. The scope was wide, including Antilles, Jamaica, Cuba, Hispaniola and the Bahamas. The book simply listed birds by family, giving the bird names in Latin, and the locations where they were found. It’s scarcely an enticing read, and the ‘print on demand’ copy I obtained for about $15 is frankly horrid.

In 1891, Cory and his colleague Mr C.L. Winch paid more specific attention to the Bahamas, visiting several islands, taking specimens and recording their findings. Cory subsequently published these in the ornithological journal of record, The Auk, established in 1884 as a quarterly peer-reviewed scientific journal and the official publication of the American Ornithologists’ Union (AOU).  I’m not clear whether Cory actually accompanied Winch throughout the voyages, or whether they covered the islands separately. In any event, the first visit to Abaco took place in March 1891, when Mr Winch took specimens and recorded the species he encountered.

To save you the bother of taxing your brain with Latin  taxonomies (in some cases out-of-date), the species recorded are shown below. Every one of these species might be seen during a March visit nowadays.

In June they were back on Abaco; or at least, Mr Winch had returned. This time, the list of species was somewhat different, as one might expect in the summer season. It contains one particular curiosity: the Bahama Oriole. This fine bird was sadly extirpated from Abaco in the 1990s, and may now only be found on Andros. There are reckoned to be only about 300 left, so the species is on the brink of extinction. 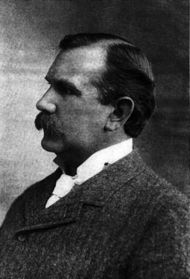 Cory published his findings in The Auk

For anyone with eyelids still open, you can read more about Bahamas birds and The Auk journal HERE