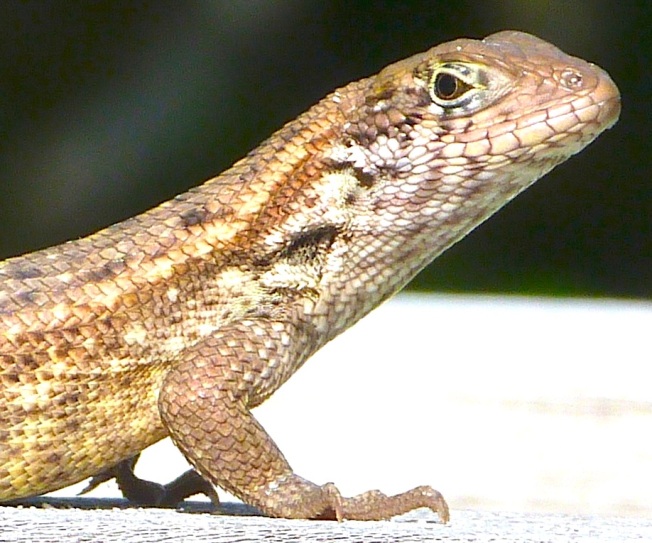 The northern curly-tailed lizard Leiocephalus carinatus, to give it its full name, resembles a tiny dragon with a twist in its tail. These little critters bask in the sun, or scuttle away into holes and crevices as you approach them. I suspect that even a confirmed herpophobic would find some charm in them. They are, of course, completely harmless to humans.

Surprisingly, the Bahamas is home not just to one but five different curly-tail species, and nine sub-species. Broadly-speaking, the variants are found on different and specific islands and have discrete local markings. Mostly they are brownish, but they may also be grey or with a greenish tinge like this one I recently photographed. 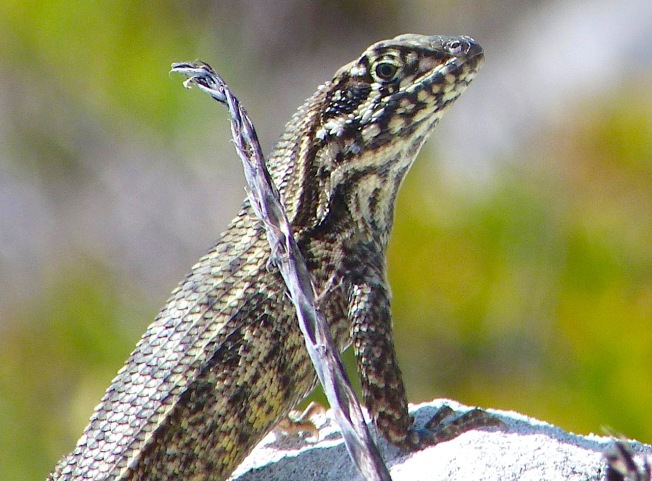 Curly-tail males, being very territorial, turn somewhat aggressive around breeding time, which is basically most the the year, from February to October. Behaviours indicative of their territorial claims include tail curling / uncurling (of course), head-bobbing, strutting about in an agitated way and inflating the sides of their necks in a threatening kind of way. The tiny-tails, 2″ long when born, are known as ‘hatchlings’.

An impressive ‘double curly’ by the pool at Delphi

According to the Bahamas National Trust BNT, the main dangers to the curly-tails of the Bahamas are:

A curly tails sloughs its skin as it grows, as with snakes and other reptiles

WHY THE CURLY TAIL?

These little lizards are irresistible. They sun themselves. They scuttle. They blink. Their tails curl. What’s not to like. Here’s one I got close to… Double click and you can get even closer. Look! Tiny Claws! 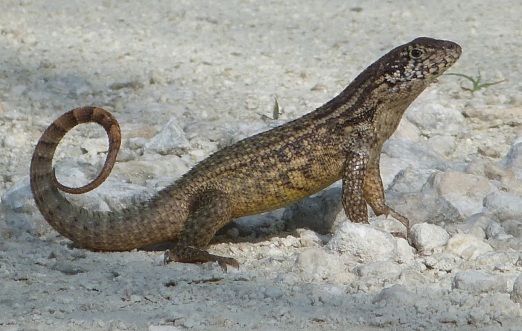 There is no known connection between ‘curly tails’ and the festive season. So trotting out a few of these charming little creatures in any season is a good idea. Are reptiles inherently repellent? Not these ones, for sure. 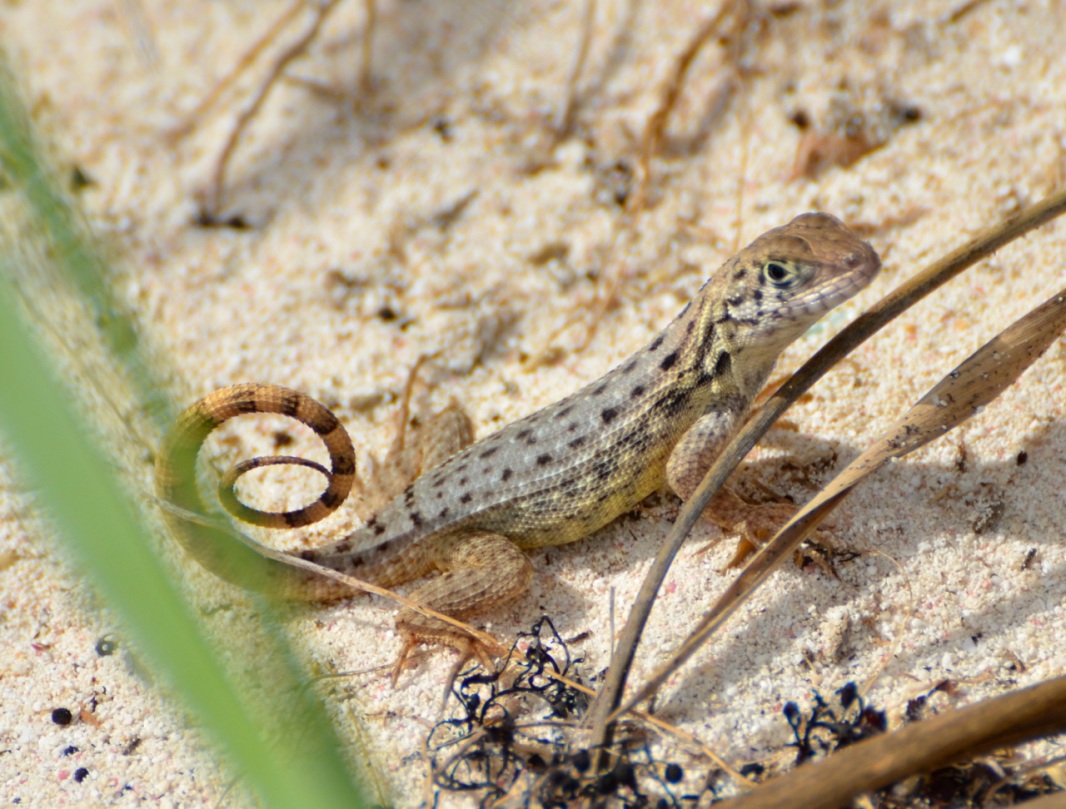 TIME FOR A CHANGE OF OUTFIT…

I AM A DRAGON… GRRRRRRRRRRR (note the remarkable finger length)

AWWWWW… A VERY HAPPY CHRISTMAS TO YOU TOO!