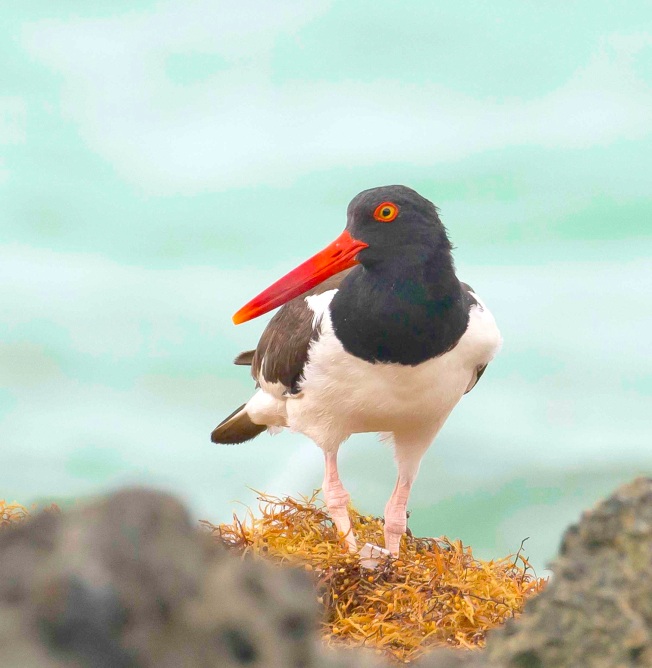 ‘AMOY’ THERE! AMERICAN OYSTERCATCHERS ON ABACO

The American Oystercatcher Haematopus palliatus is a familiar shorebird, with the significant advantage that it cannot be mistaken for any other shore species either to look at or to hear. All those little sandpipers and plovers can be very confusing; the handsome AMOY stands out from the crowd. I am posting about this species now as a prelude to WORLD SHOREBIRDS DAY on September 6th. The link will take you to the official Facebook Page where you will find more information, including how to sign up for a pleasant day’s birding, with the chance to report your sightings.

The header picture and the next 2 were taken by photographer and ace birder Tom Sheley on the Delphi Club beach. Unsurprisingly, we used one of these wonderful photographs as a full-page image in The Delphi Club Guide to THE BIRDS OF ABACO. 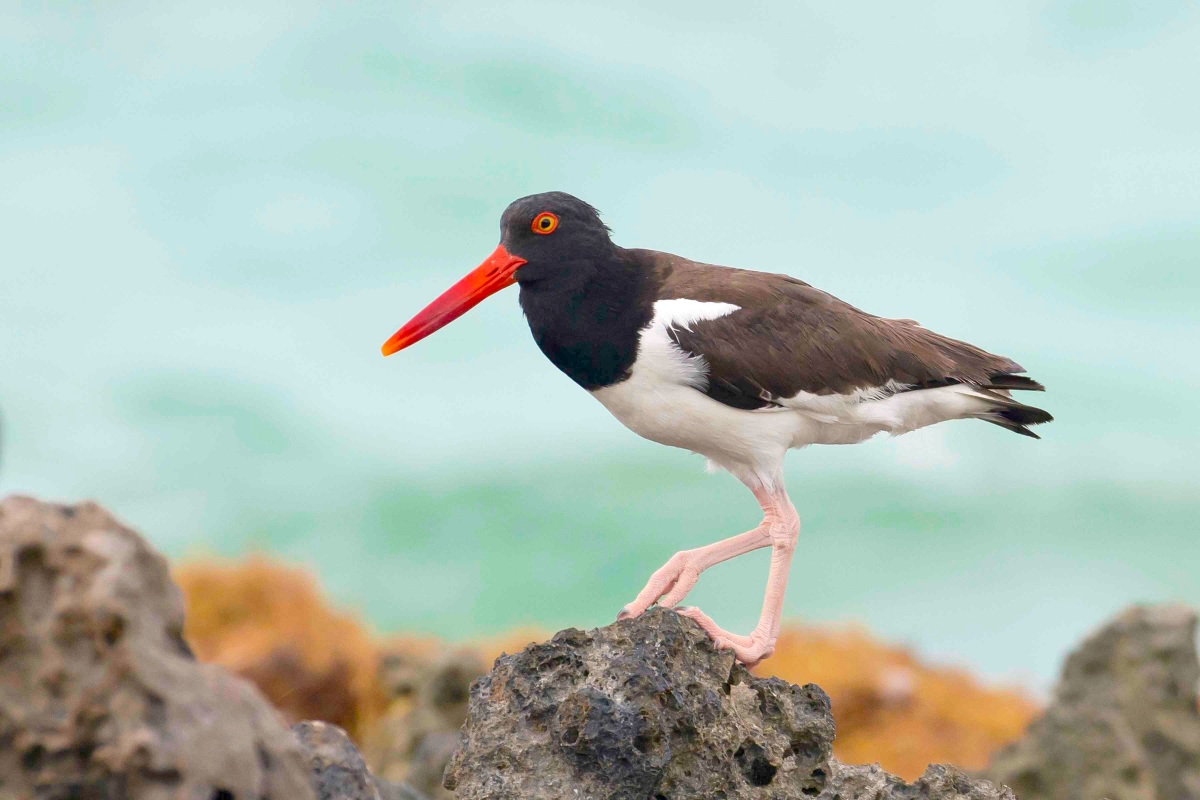 Bruce Hallett, author of the essential field guide ‘Birds of the Bahamas and the TCI’ (featured in the sidebar) was a major contributor to the book. Not just with his excellent photographs, either, such as the two below. His knowledge, his patience with my queries, and his scrupulous reading of the final draft to eliminate my errors were vital to the project. 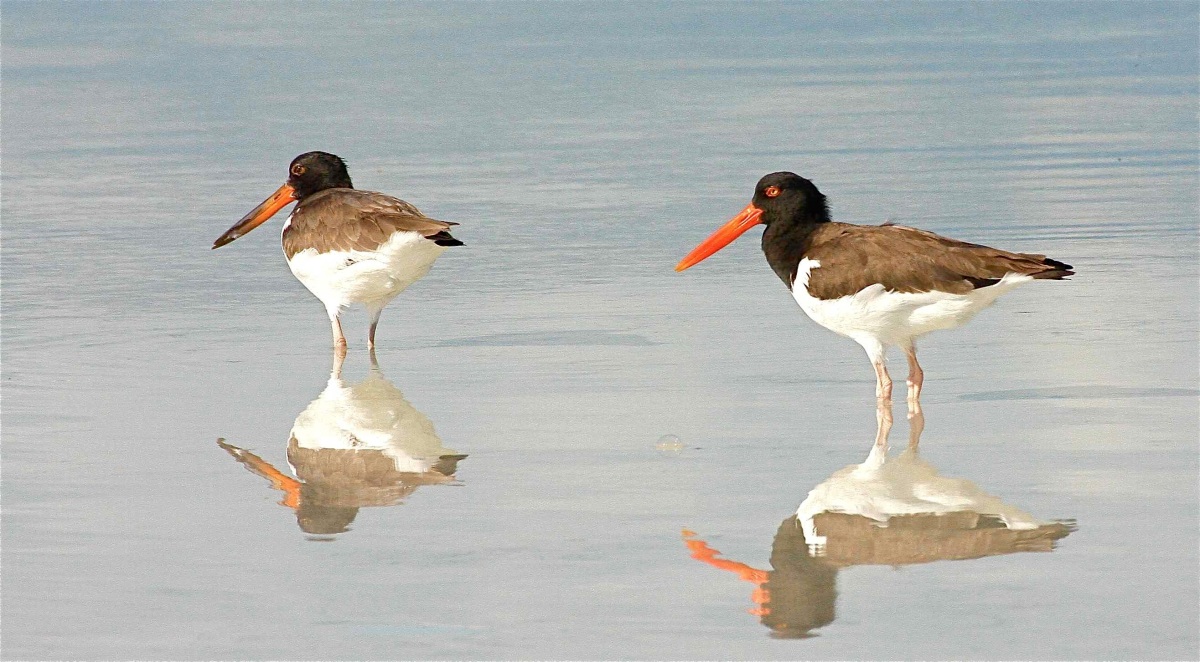 Here are two recordings of oystercatchers, unmistakeable call sounds that will probably be instantly familiar.

I like the rather dishevelled appearance of this AMOY from Jim Todd, fly fisherman, author of ‘The Abaco Backcountry’, and intrepid kayak explorer around the coast of Abaco. 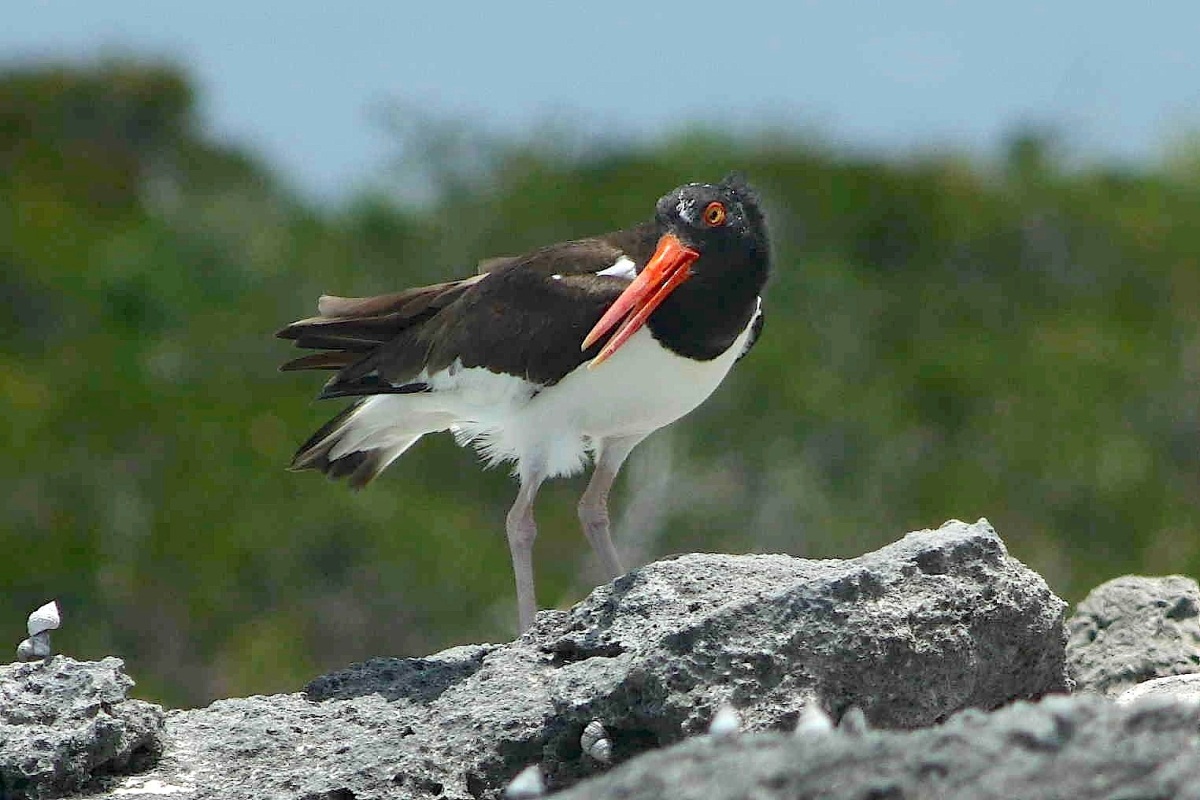 The next two photos were taken on the Delphi beach by Charlie Skinner, another contributor to the book. Below them is an ‘in-flight’ shot by Bruce Hallett. 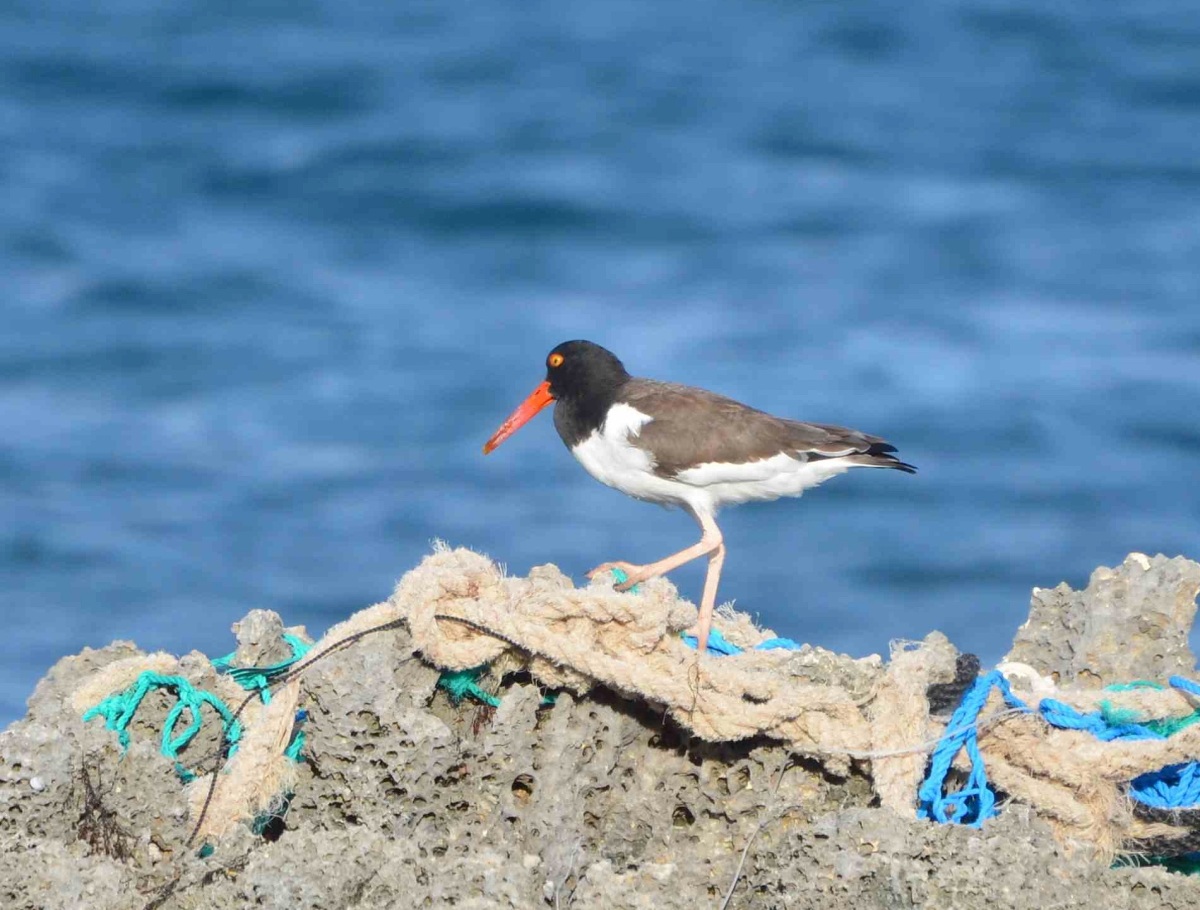 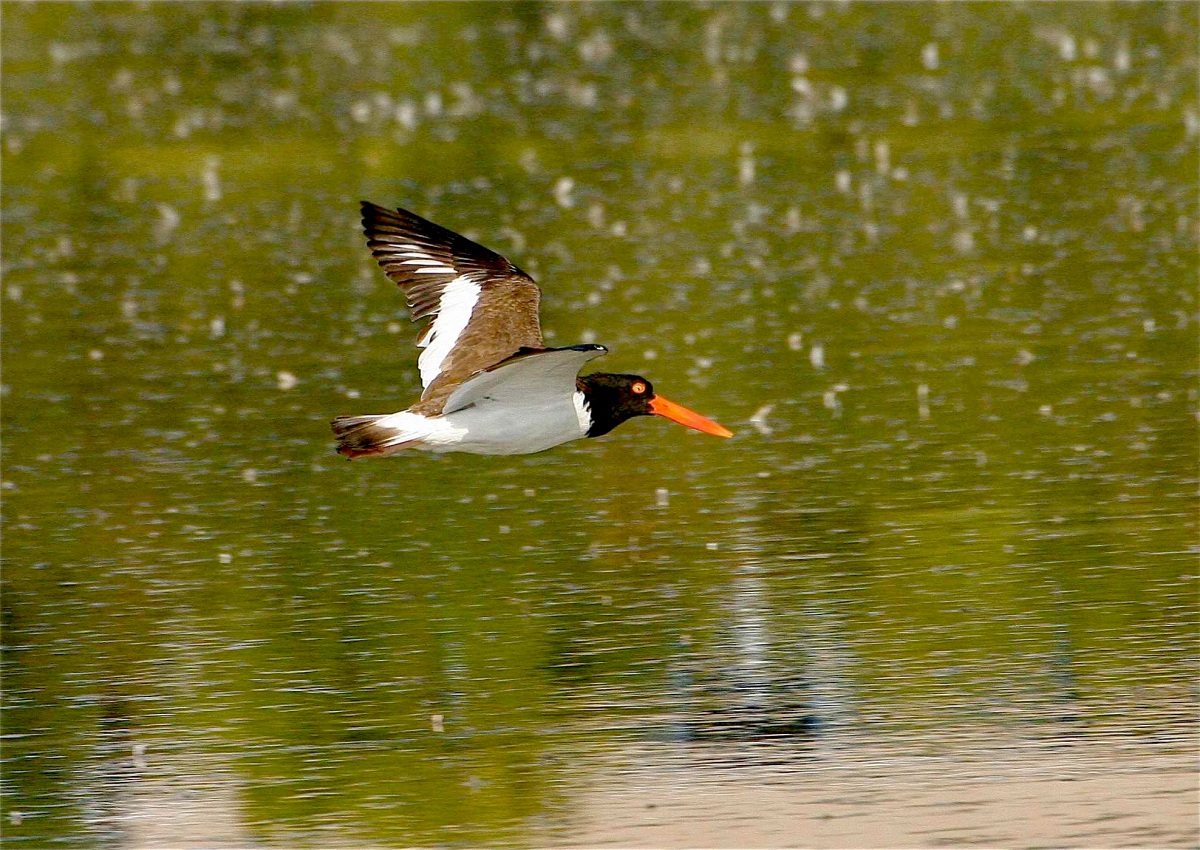 This fine video from Audubon shows close-up views of the American Oystercatcher, and unleashes more of the distinctive call-sounds – an insistent wittering – of the species. [vimeo https://vimeo.com/48479131%5D

For some time, I found it difficult to distinguish American and Eurasian Oystercatchers. The markings of both species are variable according to gender, age, season and so on, but are generally very similar. Mrs RH noticed the salient difference at once – the eyes. The AMOY has bright orange eyes with red eye-rings; the EUROY’s eyes are the reverse colouring, as this example shows. 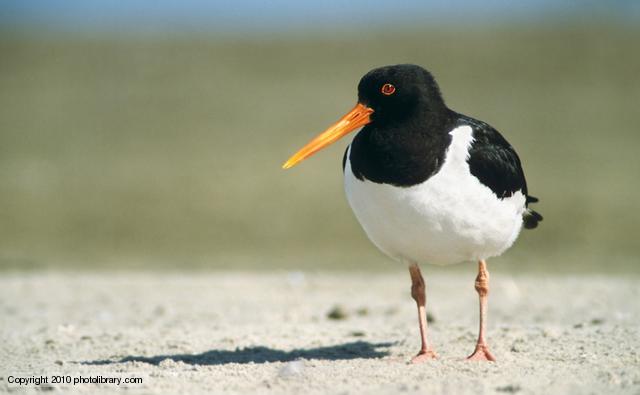