LIONFISH – MARMITE DENIZENS OF THE OCEAN

A short time ago I posted in some detail about the poisonous LIONFISH. I included material about the rapid increase of this Pacific species in Caribbean and Floridian waters following accidental / deliberate releases in recent years. I also included videos from Grand Bahama scuba-expert FRED RIGER to balance the anti-lionfish orthodoxy, showing that the fish in fact do some good on the reefs. The post provoked a few comments, and had a surprising number of hits. Here is some further research courtesy of the excellent SEA MONSTER which adds a dimension to the debate and concludes with a very good point… Incidentally, in a recent morning snorkelling at Fowl Cay Marine Preserve, Abaco, I did not encounter a single one of these creatures (Mrs RH was unluckily stung by a jellyfish, though…). But I guess the Preserve is well policed against such intrusive species, which are otherwise found in large numbers in the area.

Why are lionfish populations exploding across the Caribbean?

Lionfish are an exotic fish now found throughout the Greater Caribbean and eastern Atlantic that have become incredibly abundant on many reefs, especially in the Bahamas and off North Carolina. Lionfish are piscivores (fish that eat other fish) and were introduced from the Indo-Pacific by the aquarium trade in the late 1990s off Florida. Mostly likely, someone got tired of their fish and released them purposefully.

One hypothesis explaining their great success is the absence of natural enemies; predators, parasites and competitors.  This is probably compounded by the fact that few Caribbean reefs have any predators left that could eat them (thanks to overfishing).

Another – and I think much more likely explanation – is because there is so much to eat in the Caribbean! Not because there are more fish, but because it is so much easier to catch them. Unlike fish in the Indo-Pacific, native Caribbean fishes do not appear to recognize lionfish as a potential threat.  So the lionfish gobble them up, grow faster, make more babies, spread to new islands, etc.

Case in point: My lab group was working in Belize last week on the lionfish invasion. One of the things we were doing was collecting the otoliths and gonads from lionfish that we speared on a number of reefs to compare their fitness across the Caribbean (e.g., on reefs with and without native predators, etc).  We also looked at stomach contents and many of them had parrotfishes in their tummies or still in their throats!  The photo above is of the eggs from one lionfish we caught near Glovers Reef Atoll and the partial contents of it’s stomach (a juvenile striped parrotfish)!

Lionfish appear to be little more than machines that convert parrotfishes to baby lionfishes. Which is pretty much the purpose of all animals (consuming others and transforming them into your own genotype and species).  But jeez, couldn’t those aquarium hobbyists have released a herbivore that could be converting macroalgae to fish biomass? That would have been much more useful. 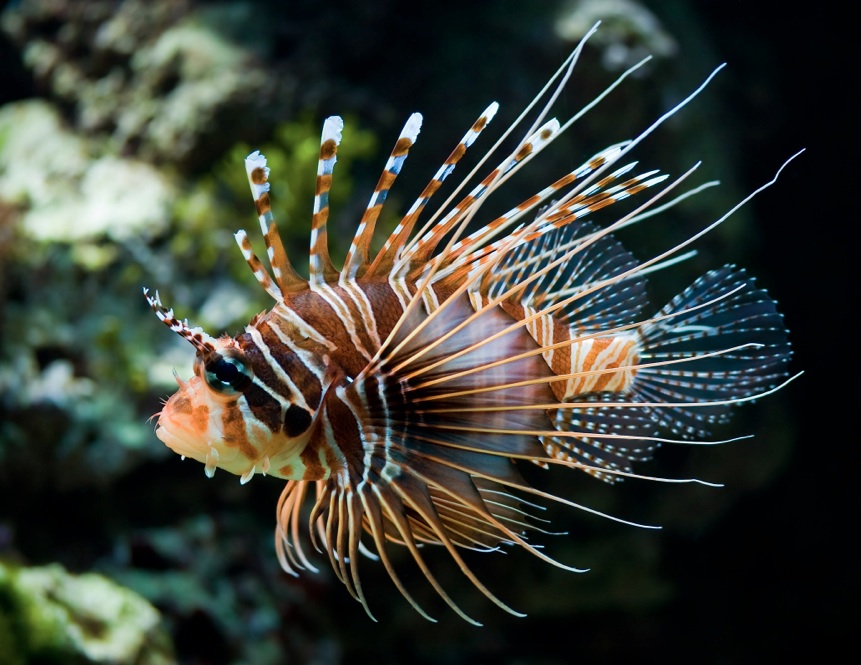