STANDIN’ ON THE DOCK OF THE BAY: GREAT BLUE HERON ON ABACO

The occasion: a trip to Sandy Point for a lunch party at the legendary Nancy’s in honour of  Sandy Walker at the end of his 5 years as manager of the Delphi Club. A pair of brown pelicans on the nearby dock were clumsily flying around, diving, perching, drying their feathers, then repeating the cycle. In a quiet moment I slipped away to watch them – and a Great Blue Heron landed quite close by me. So as well as taking photos of the pelicans, I pointed the camera at the heron from time to time. My favourite view is of it standing proudly on the edge of the dock, with the truly azure sea behind it (header and final image). 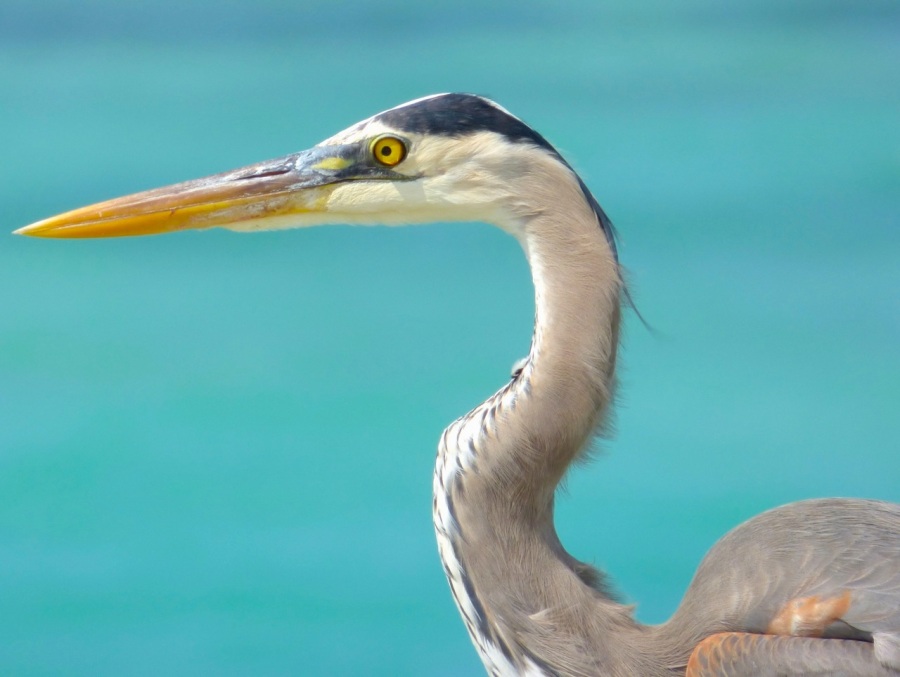 THE PERILS OF A CAMERA UPGRADE

[PHOTOGRAPHIC INTERLUDE – SKIP IF EASILY BORED BY SUCH THINGS]

I don’t have a fancy camera. I would never get the settings right before the bird had flown. Or died, even. So I had been using a Panasonic Lumix FZ45 kindly given to me by Mrs RH in a benign moment, possibly Christmas. Then I made a classic error of upgrading to an FZ72 with an alleged massive 60X zoom. Brilliant, I thought. Big mistake. My old camera has a Leica lens. Used with care and a lens extension (zeugma score!), it is / I am occasionally capable of taking pin-sharp photos. The upgrade camera’s lens turned out not to be a Leica. Almost all the shots I took were ‘soft’, the more so using the zoom. A soft photo taken with a less good lens, zoomed 60X, will never be a better photo. Just an even softer one. I wish I’d had Old Faithful with me instead. When we got home, I immediately dug out OF and sold 60X disappointment. OF is now reinstated as my BF.

The shots of this heron mostly turned out fairly well, largely because it stayed quite close to me. It flew off a couple of times, then returned to the edge of the dock. Here are a few close-up views of the heron selected from the various pics I took, showing some of the details of this fine bird. 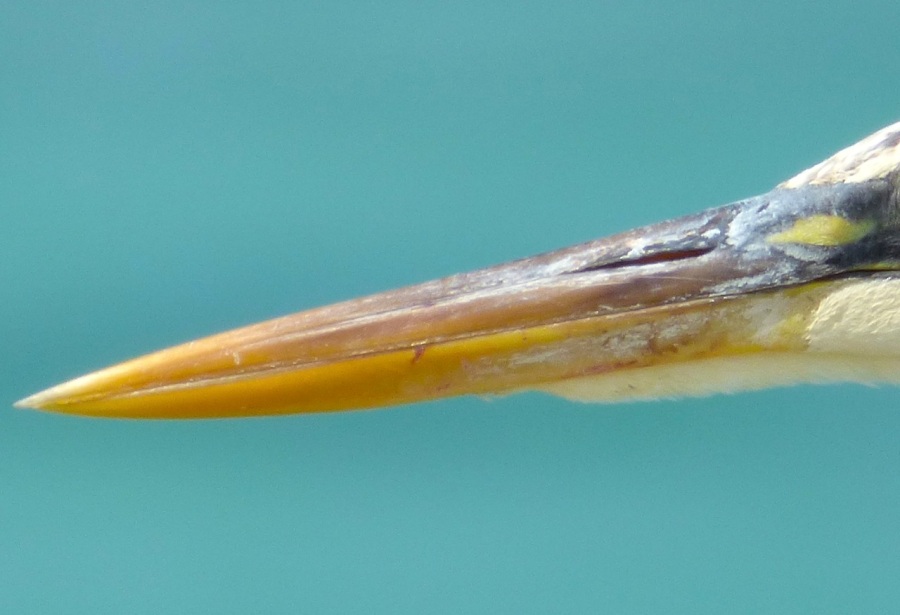 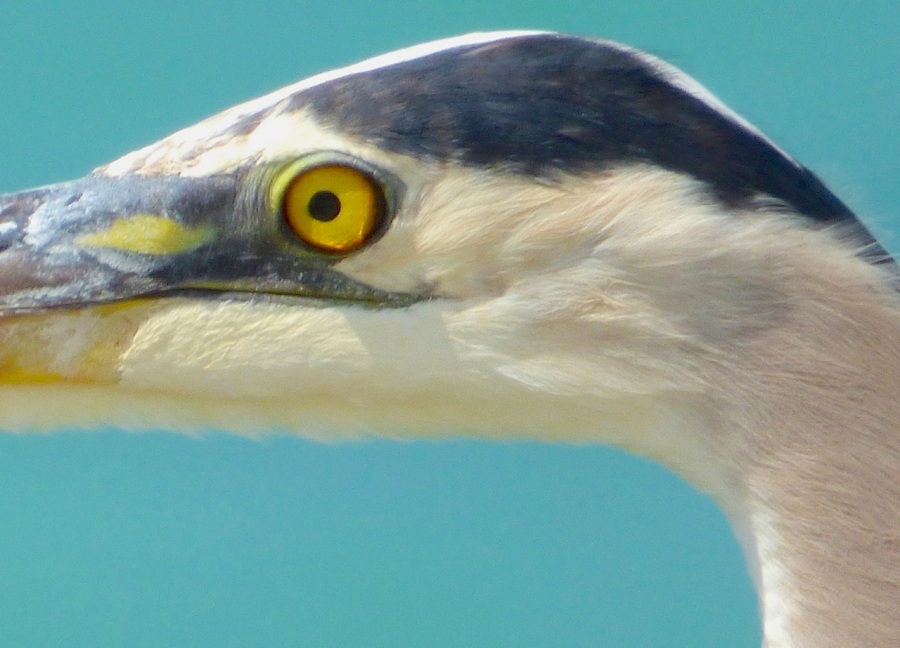 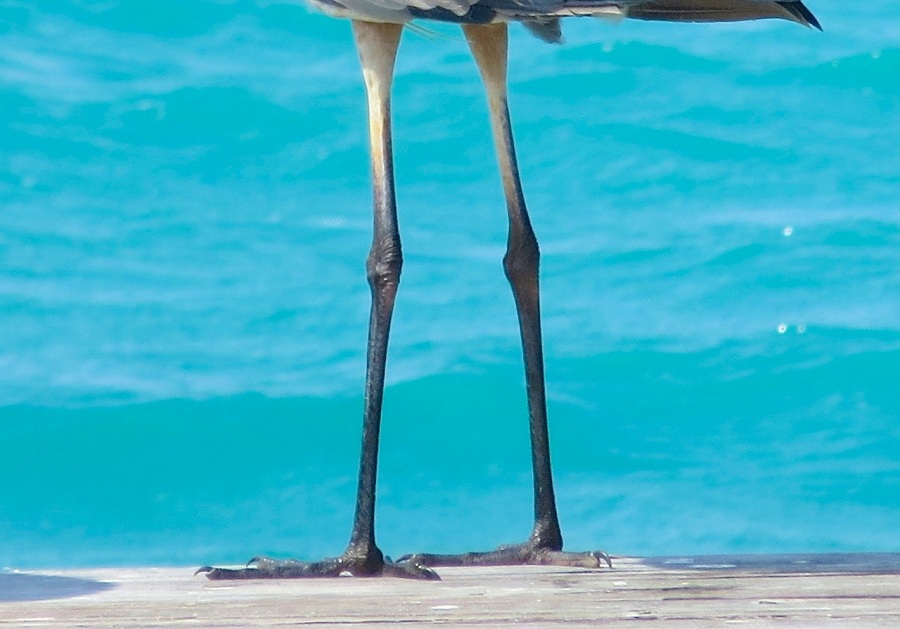 Then I remembered why I was meant to be at Sandy Point, and went back to Nancy’s for conch fritters and a Kalik or two well OK make that three…

Otis Redding recorded ‘Sittin’ on the Dock of the Bay’, arguably his greatest moment, in 1967 a matter of days before he died in a plane crash. The record became the first ever posthumous US Chart #1 (#3 in UK). I’ve dug out a video compo by the excellent Rhino outfit that disinters or at least recycles gems from our musical heritage. It’s not just the voice of Otis Redding that makes this song so poignant and so good – Steve Cropper’s guitar is outstanding too.

Guitarists out there – you want a ‘Chase Chart’, don’t you?

A rare photo of Sandy (centre back row, sunnies on cap) smiling

Photo Credits: RH, er… that it…