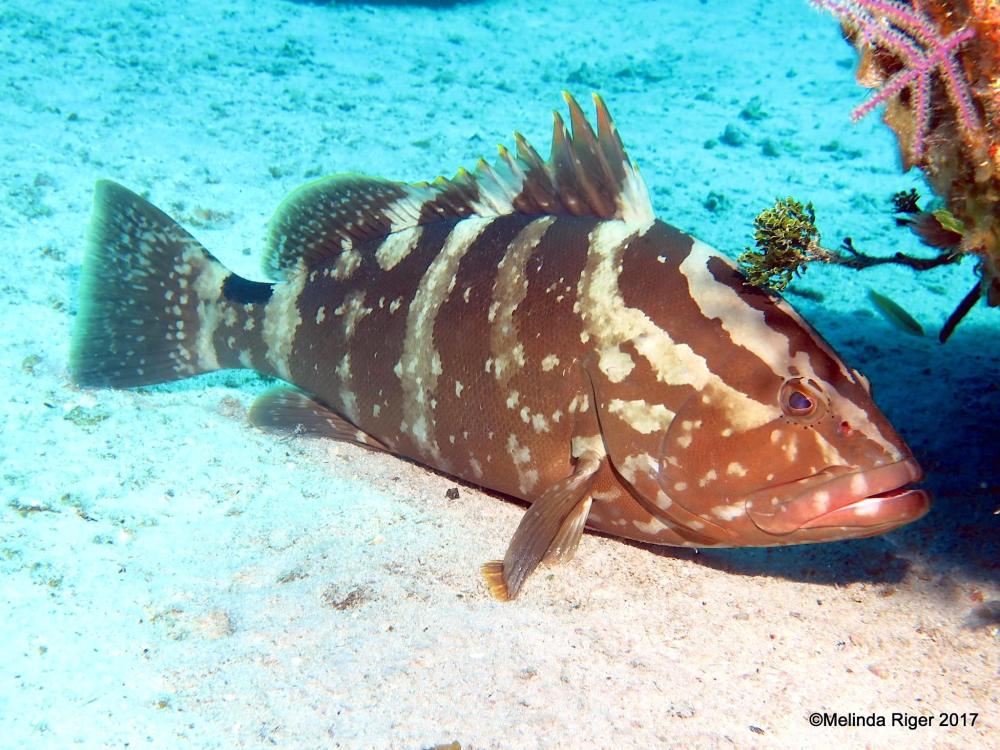 Most creatures need some space for creative activity of one sort or another. Especially one particular sort, namely breeding. And for vulnerable and endangered species, this is especially important in order to maintain a sustainable population, and preferably to increase it year on year. Which is why there are closed seasons for certain fish, ensuring a time when they can be left alone to breed in peace and to perpetuate their species. 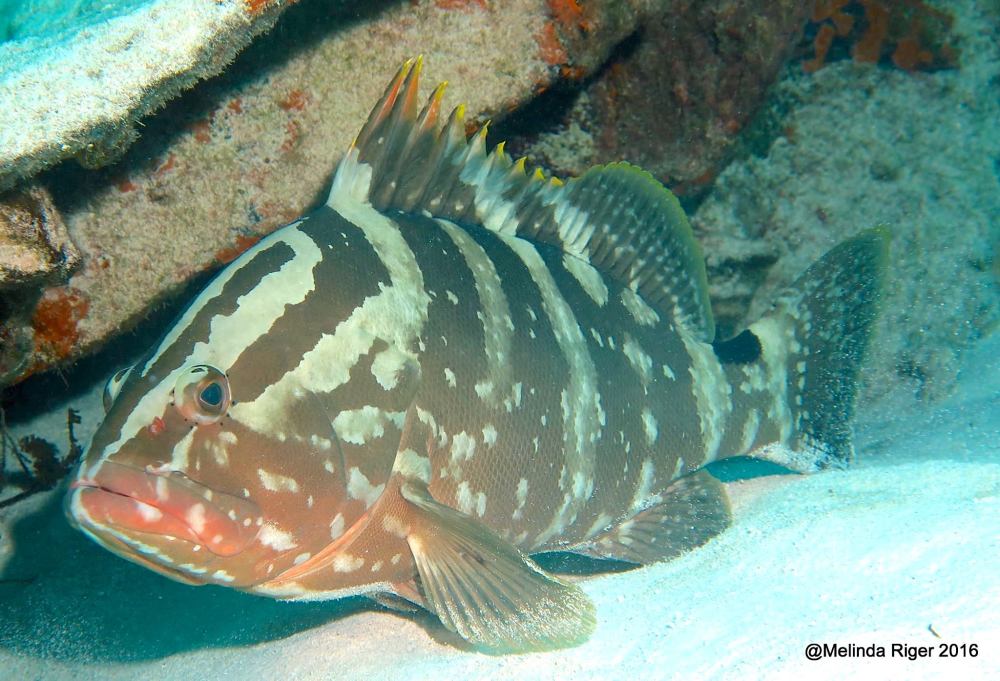 The Nassau grouper Epinephelus striatus is just one of a number of grouper species that inhabit Bahamian waters. They are mostly found in the Northern Bahamas but only the Nassau grouper is on the IUCN Red List as an Endangered Species in need of protection. 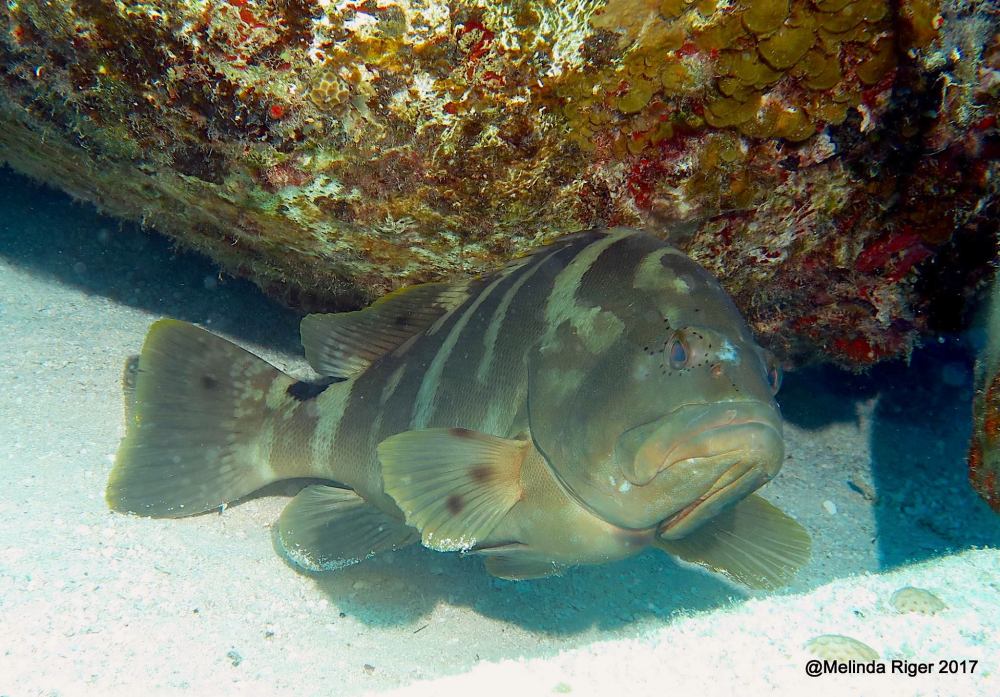 WHY ARE THESE FINE FISH ENDANGERED?

Sad to say, mankind is the main cause of the population fragility that has led to the official listing, and the imposition of a strict closed season for 3 months between December 1st and February 28th. Scientific studies have shown that commercial overfishing has reduced a thriving population to fewer than 10,000 mature fish. That may sound plenty to be going on with… until you consider that a net annual loss of only 10% would lead to extinction in a decade.

Department of Fisheries information sheet (interesting if you have the time)

A Nassau Grouper glumly contemplates the possibility of extinction

The Red Hind is one of several grouper species commonly found in  Bahamas waters. Commonly for now, anyway. There is less information available about this species compared with other groupers, but sources seem agreed that it is (a) abundant and (b) IUCN listed ‘least concern’ but (c) heavily fished and (d) delicious. 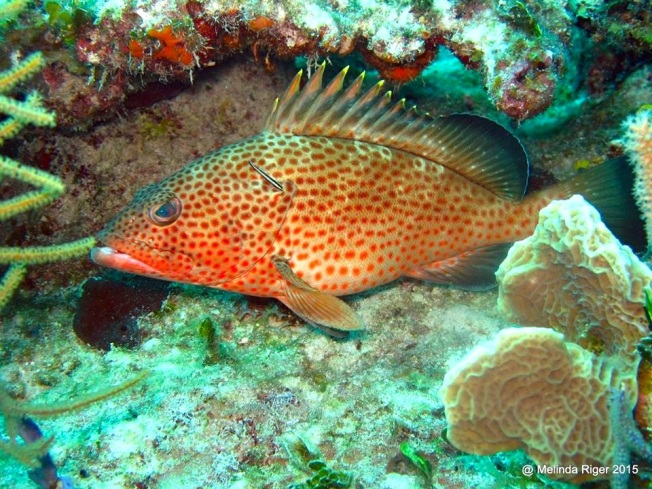 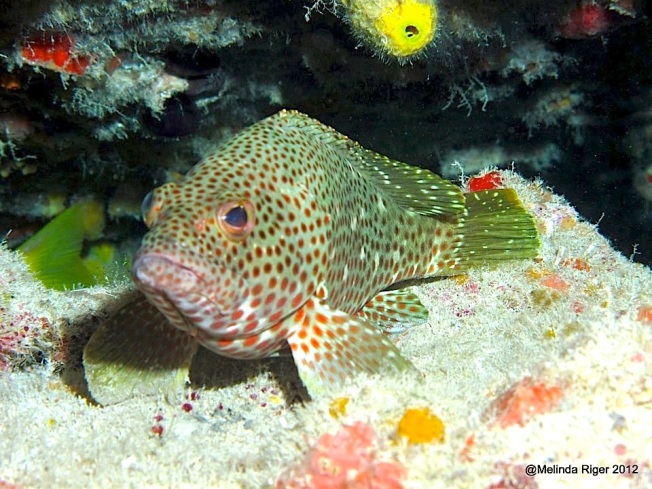 One problem arises from the fact that Red Hinds form spawning aggregations in particular areas, making them vulnerable to fishing exploitation in those locations, and consequent population decline. Already, some of their spawning areas are protected.

Another threat comes from the degradation of coastal habitats coupled with increasing commercial and recreational fishing.  Red Hinds are targeted with speargun, hook and line, fish traps and nets. They may also be by-catch of other fishing operations. Fortunately Marine Protected Areas such as the ones in Abaco waters provide localised protection but these are not found throughout the Red Hind’s range. Closed seasons have been imposed in a few areas, another conservation method that has recently been introduced in the Bahamas for the Nassau grouper.

Getting the right balance between traditional fishing for food, and stock conservation is inevitably a tricky calculation. For the Red Hind, the factors that may result in the population decline of a plentiful species are in plain sight and will continue to be monitored by the various scientific research organisations involved…

OTHER GROUPERS YOU MAY ENJOY…