THE FIRST RUFF IN THE BAHAMAS

RUFF & READY: YET ANOTHER BIRD FIRST FOR ABACO

The list of new bird species recorded for the Bahamas in general and Abaco in particular continues to grow longer. At the end of August it was a CANADA WARBLER (now also recently seen on Grand Bahama and possibly New Providence). Now, a mere 4 weeks later, it’s a Ruff (Calidris pugnax), a mid-sized Eurasian shorebird that, it seems, has a tendency to ‘vagrate’ across the Atlantic from time to time. 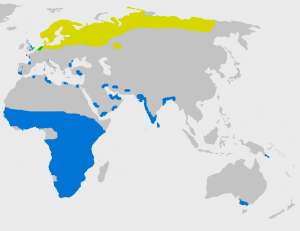 You have to take new birds as you find them, of course. First, you may not have a camera with you to record the sighting for posterity. Secondly, the bird may not be perched prettily on a twig or a small rock. In this instance the legendary Woody Bracey found his Ruff in the prosaic and arguably unattractive setting of the Treasure Cay dump. He didn’t have a camera, and when he next went back with a camera to check for the bird the ruff had gone…

Woody’s bird, a female (known as a Reeve), was standing next to a Lesser Yellowlegs. They are much the same height, but there the similarity ends – Ruffs are unmistakably plumper and with a shorter bill. Woody has good reason to recognise these rare and occasional transatlantic visitors, having often seen Ruffs both during his time living in the UK, and also in Africa. I’ve seen the appearance described as “like a gravy-boat”, which is well up there with the least useful descriptions of a bird’s appearance I have come across. Looked at another way, we have a couple of gravy boats that have an occasional outing. Neither looks remotely like a ruff. 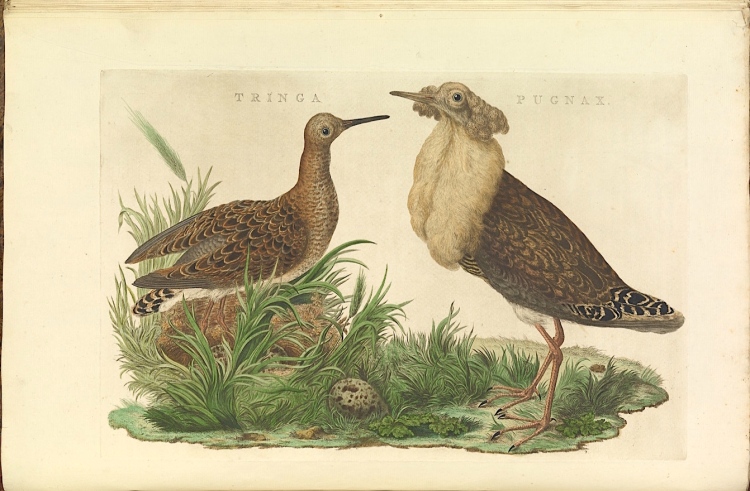 IS THE ABACO RUFF A NEW SPECIES FOR THE WHOLE BAHAMAS?

Very nearly… but not quite. Only two previous Ruff sightings are recorded, in 2015 and 2018, and both in the same area on Grand Bahama, towards West End. And the only photo is from birder Duncan Mullis, who in 2015 took the first and maybe only one of a Reeve with a bunch of much smaller sanderlings (see also header image close-up).

The first ruff in the Bahamas 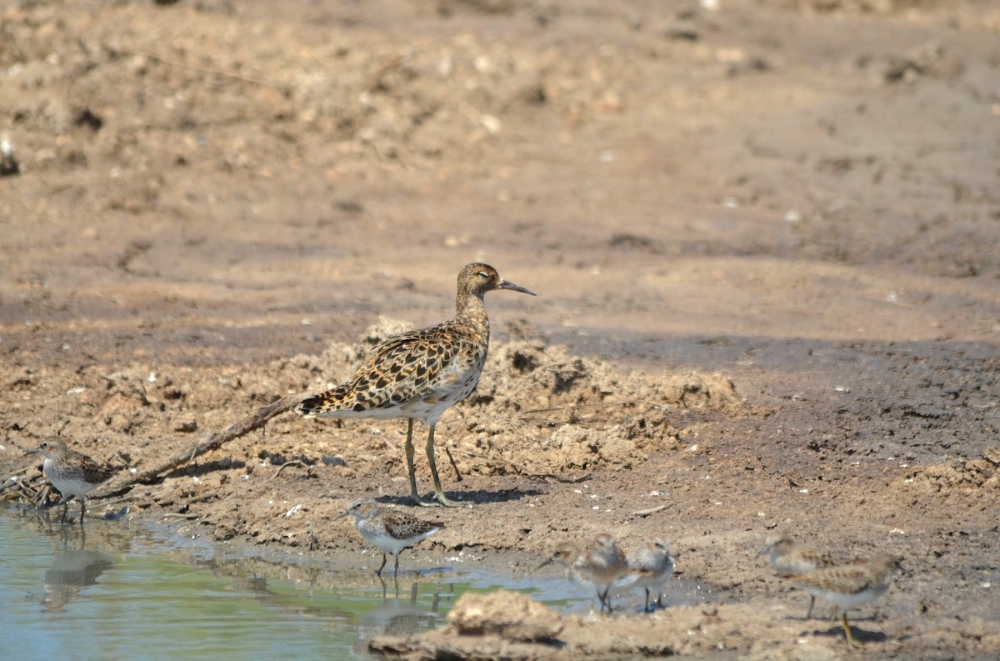 WHAT SHOULD WE KNOW ABOUT RUFFS?

In the breeding season in particular, male ruffs are very different from the smaller reeves. They acquire a spectacular colourful plumage that includes a sort of ornamental collar (hence the name). They enhance their courtship rituals with elaborate displays designed to impress the reeves. These occur in chosen areas known as leks, places where strutting, preening and general competitive showing off occur to attract a mate. Such arenas are also created by a few other bird species – grouse, blackcock and peafowl, for example. The ruff’s lekking behaviour has some complex variations – including same-sex ‘copulation’ and polyandry – but sadly this isn’t the place to explore them in detail.

Here are two males with very different breeding plumages, giving it their all at the lek… When Carl Linnaeus described the ruff in his Systema Naturae, he gave it the binomial name Tringa pugnax, the latter word meaning  ‘aggressive’ – the lek can also become a combat zone between competing males. 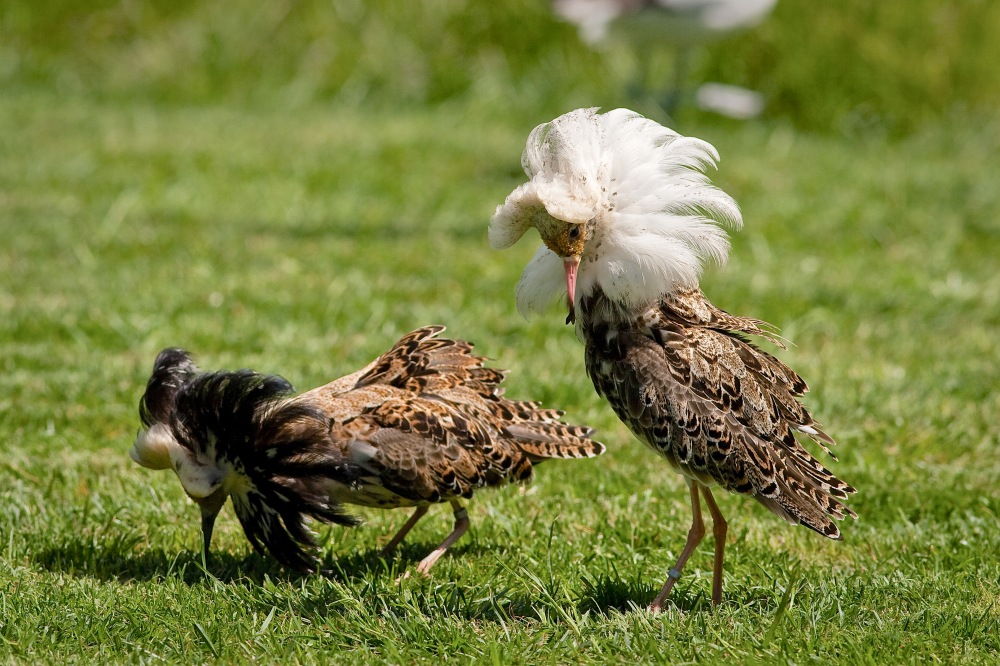 Writing in The Spruce, a new multi-interest resource I discovered in researching this article, Melissa Mayntz describes succinctly some of the common behaviour seen at leks. This includes some (or all) of the following (baby-boomers and dad-dancers may recognise some of these moves):

To which I’d add aggressive male territorial rivalry within the lek, leading to physical attacks with beak, claws and wings. Meanwhile the females watch from the edge to assess their chosen mates. The illustration below shows this rather charmingly.

There’s a lot to be described about how ruff’s moult, but it’s not especially interesting for anyone but a moult specialist, so instead you can have a reminder of Ogden Nash’s last word on the topic: ‘The song of canaries / Never varies / And when they are moulting / They are pretty revolting…’ And we’ll leave migration as well, since basically that factor is N/A for our particular part of the world.
♦ ♦ ♦ ♦ ♦
JUST OUT OF CURIOSITY, CAN YOU EAT RUFFS / REEVES?
In former times ruffs were considered a delicacy and were eaten in large numbers. Often they would be fattened in pens in preparation for the table. I’ll finish with an old description:
…if expedition is required, sugar is added, which will make them in a fortnight’s time a lump of fat: they then sell for two shillings or half-a-crown a piece… The method of killing them is by cutting off their head with a pair of ‘scissars’, the quantity of blood that issues is very great, considering the size of the bird. They are dressed like the Woodcock, with their intestines; and, when killed at the critical time, say the Epicures, are reckoned the most delicious of all morsels. Not a 21st century culinary trend I hope… 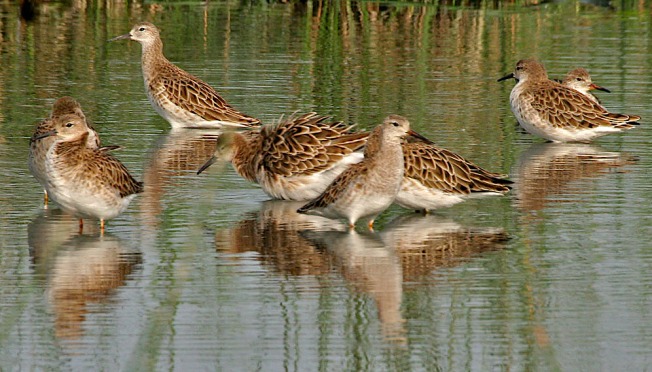