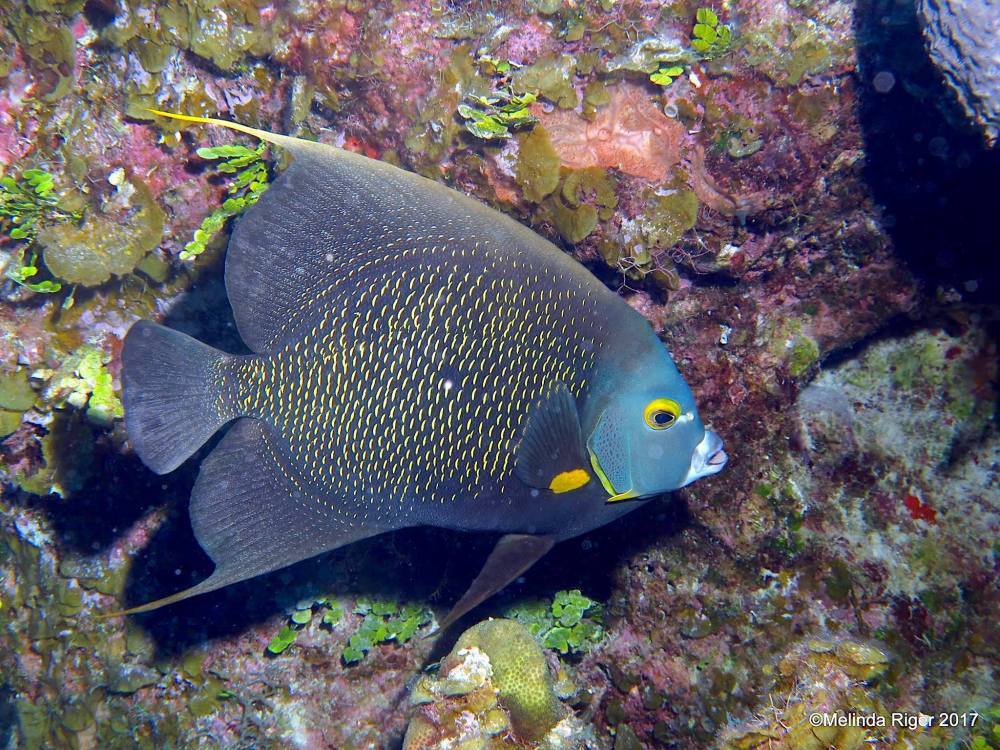 The massive destruction and dislocation caused on both Abaco and Grand Bahama by Hurricane Dorian is well-documented. The regeneration of both islands is making unsteady progress towards a stability that still seems many months away. In many locations it is still ‘two steps forward, one step back’. It remains a moot point whether ‘normality’, as it was just over 2 months ago, will ever be quite the same again.

We know how things are on land. As far as Abaco is concerned, few people can say how the coral reefs have been affected by the massive storms. Boats that were not flung ashore were sunk instead. Marinas and their infrastructure all but disappeared.

Dive Shops, like so many thriving businesses in MH, have been reduced to rubble by this cruellest of extreme tropical storms. For the time being at least, they are damaged beyond use. I have seen no reports about the conditions in – for example – Fowl Cays National Park, a coral and reef-life rich marine preserve that was directly in the hurricane’s path. It may be weeks before an assessment can be made. 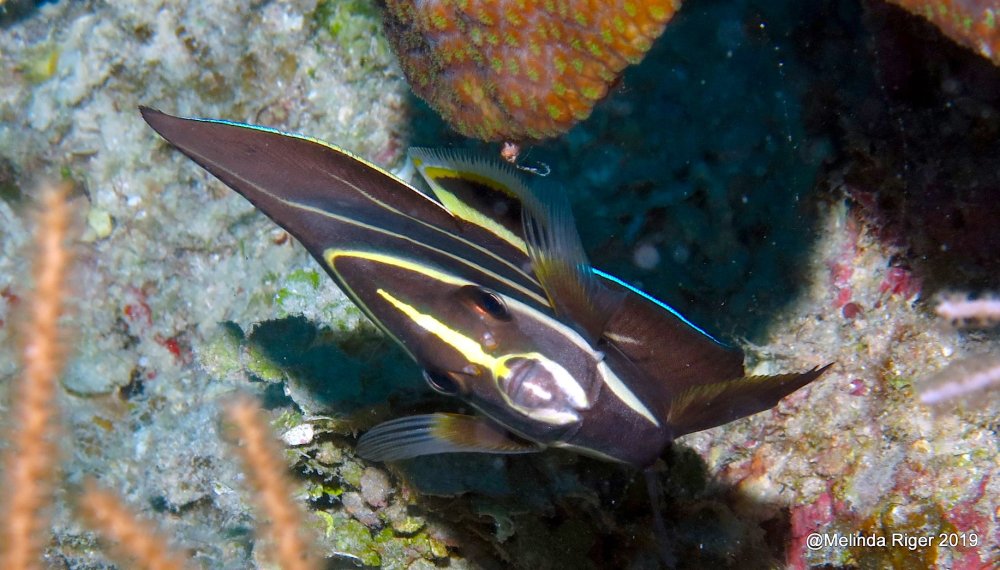 Happily, Melinda and Fred Riger of Grand Bahama Scuba have very recently been able to reopen their business. Melinda is, as regular readers will know, a wonderful underwater photographer. She kindly gives me the freedom of her extensive photo archive, accumulated over many years. The focus today is on French angelfish on the reefs of Grand Bahama.

Many of the photos here have been taken during the last 3 weeks or so, as diving becomes more of a daily exercise and customers are able to return to explore the underwater world of the reefs. Adult French angelfish have handsomely decorated flanks and golden eye-rings. The small striped ones with blue flashes on their fins are juveniles. 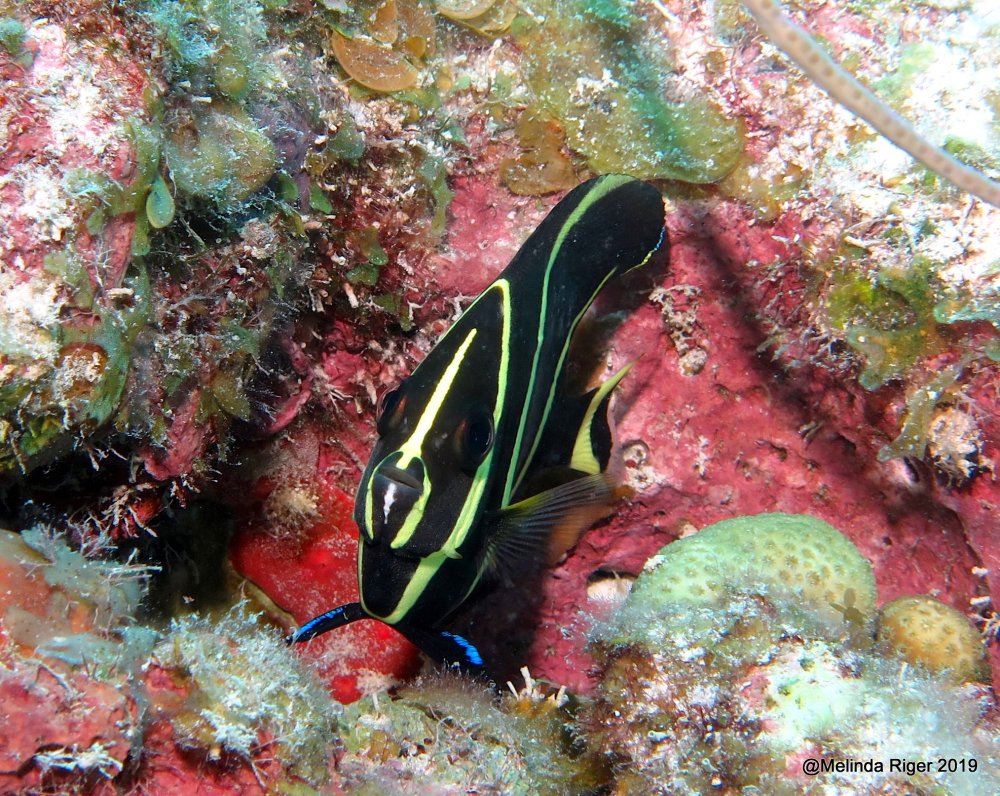 There are three angelfish species in the northern Bahamas – Queen, Gray and French. I have chosen to feature French angelfish because as it happens the juveniles of the species found since Dorian by Melinda and Fred may provide some insight into the subsurface effects of this huge storm.

As is evident from Melinda’s recent photos, the reefs off the south coast of Grand Bahama are relatively unscathed. Corals that she and Fred planted after the last hurricane have ‘taken’ and remain in place. However the juvenile fish now being seen nosing around the reefs in quantity may tell a story of disruption elsewhere. 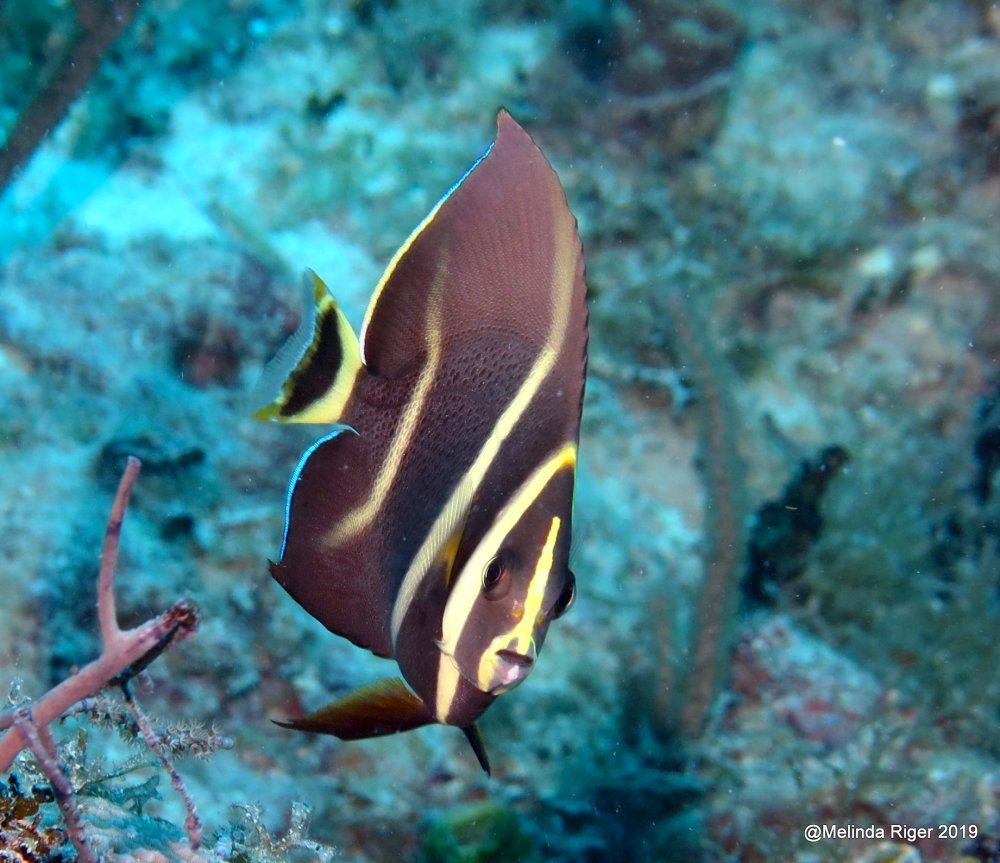 The juvenile angelfish – as with the young of many other species – tend to live in the relative safety of the mangroves as they grow towards adulthood and are ready to move to the reefs. However, the unusual numbers of juveniles seen in the open during recent weeks suggest that the storm-damage to mangrove swamps in shallower water has unexpectedly displaced the juveniles to the reefs.

This theory seems to apply to juveniles of other species recently encountered. What can be said is that, if even if displaced, there are plenty of healthy juvenile as well as adult fish around. And the justifiable  fears of serious damage to the corals have not been borne out. It remains to be seen whether a similar situation exists in Abaco waters.

Credits: all fantastic photos, Melinda Riger / Dive Abaco. It’s great that you have been able to reopen the business and restart having been forced to suspend operations completely.