ELBOW REEF LIGHTHOUSE, as it is properly called, is 150 years old. It is the stripy icon of Abaco – and quite flashy as well. One of the last remaining kerosene-lit lighthouses in the world, it retains its mechanisms and fresnel lenses in remarkable condition, a tribute to the conservation lovingly devoted to the building. Below is a re-post of an article I wrote some time ago, with photos of some of the internal works and some facts and figures thrown in, There’s a big event in the lighthouse’s honour today – here’s the flyer for it. We’ve donated a signed copy of “The Birds of Abaco” for auction, and I hope it makes a few $$$$ for the cause.

Our visit to Elbow Cay was one part of our day’s Island Hopping / Reef Snorkelling expedition with Kay Politano. In Hope Town, while most of the party wandered round the streets (and shops…) Mrs RH took the boat across the harbour to the Hope Town Lighthouse. This must be the best known landmark of Abaco – ‘iconic’, perhaps, in the modern sense of the word. The weather on the day was pretty poor, with thick cloud and intermittent rain and drizzle. Which is a pity, because the photos would have looked even better with sunshine and blue sky… 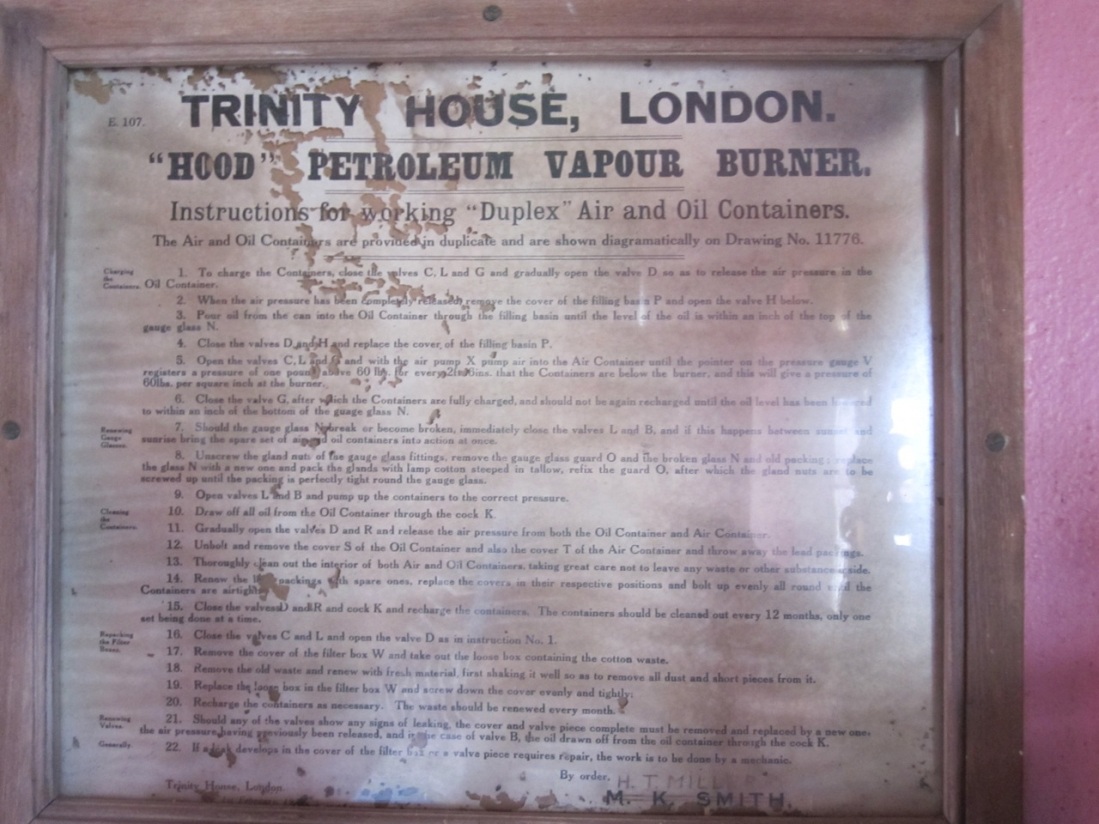 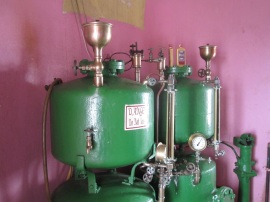 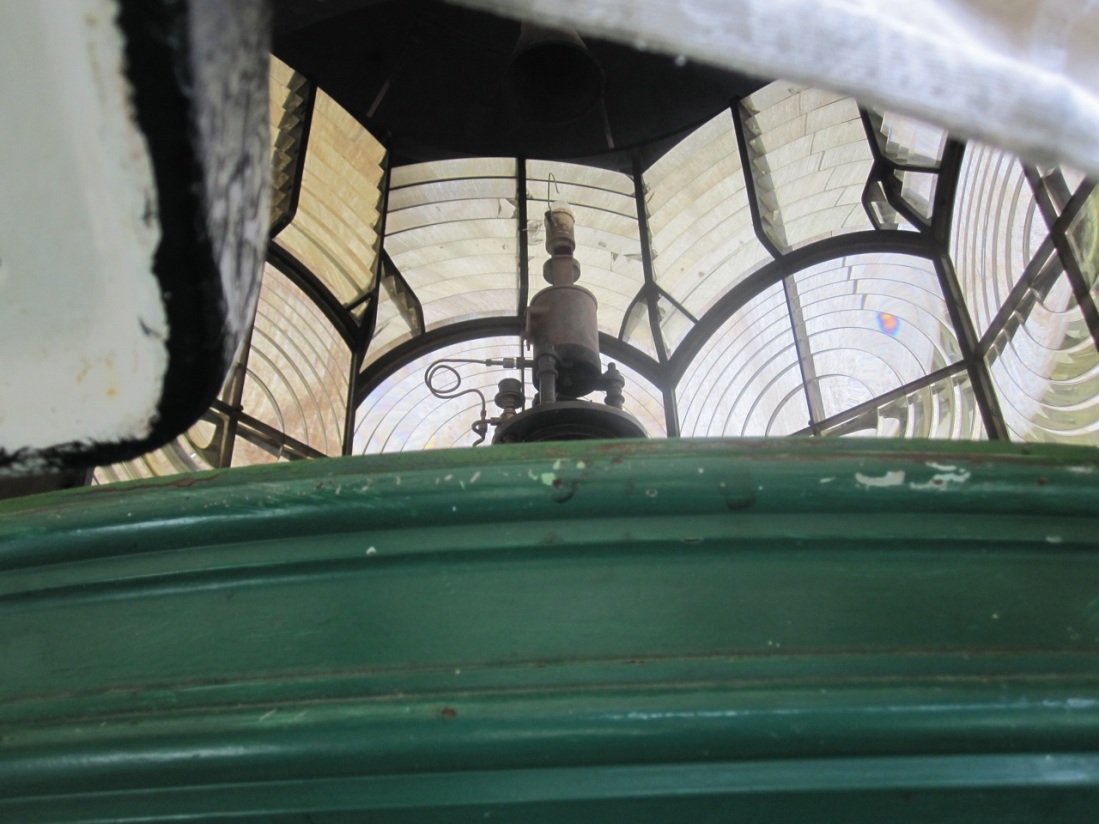 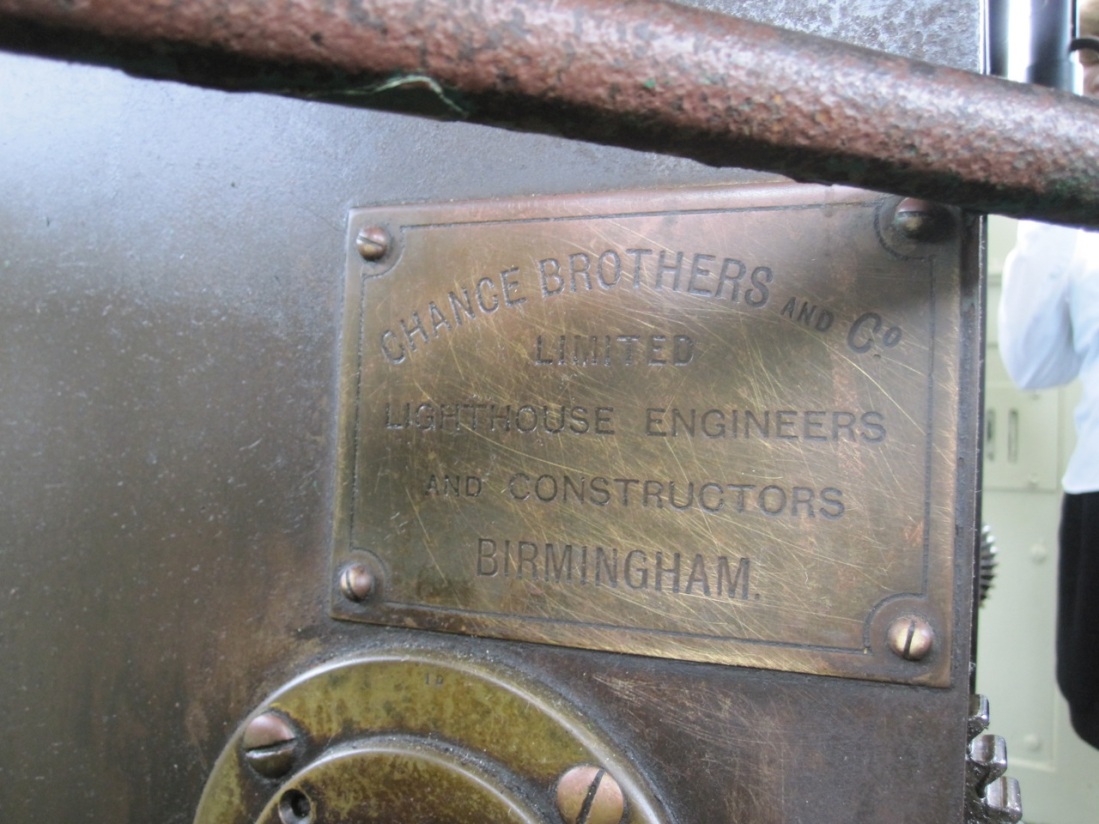 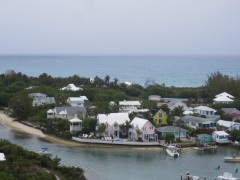 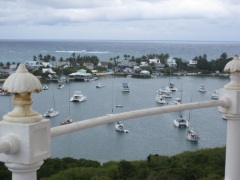 (CLICK  on Coordinates below for position and Hope Town info)

THE HOPE TOWN LIGHTHOUSE is one of only three Manual Lighthouses left in the World. It has a spring mechanism that has to be hand cranked every few hours to maintain the sequence of five white flashes every 15 seconds. The lamp burns kerosene with a wick and mantle. The light is then focused as it passes through the optics of a first order (largest size) Fresnel lens which floats on a bed of mercury.

A FRESNEL LENS (pron. ‘Fray-nel’) is a type of lens originally developed by a French physicist Augustin-Jean Fresnel specifically for lighthouses.Compared to conventional bulky lenses, the Fresnel lens is much thinner, larger, and flatter, and captures more oblique light from a light source, thus allowing lighthouses to be visible over much greater distances. Fresnel’s lighthouse lenses ordinarily fell into six orders based on their focal length, first order being the largest (wiki-assist)

For some more images of this iconic – or do I mean symbolic (discuss) – building CLICK===>>> ILOVEHOPETOWN You’ll find that around half the images are of the lighthouse, internal and external. Then look at the colourful remainder. Then it’s a short step to the Facebook page and more info about this charming Cay

Logo of the World Lighthouse Society