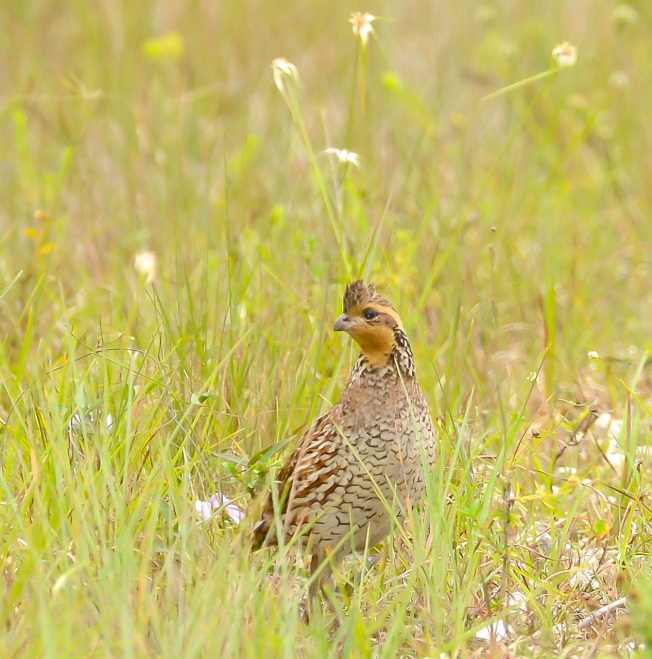 WHAT’S IN A NAME? NORTHERN BOBWHITE ON ABACO

A part of me would like Bob White to have been a legendary hero – perhaps holding his post against impossible odds; or a courageously reforming politician; or scoring a stupendous winning goal in the dying seconds of a famous tournament. Or maybe just a nice guy, popular in the local bar. Instead, the bobwhite Colinus virginianus is a small plump game bird of the quail family, named for its call which (as I have written elsewhere) “does indeed sound something like ‘bob…white?’ played on a slide-whistle”. This bird is an introduced species on Abaco where it breeds and is quite common. It is more often heard than seen, since it is a shy creature and not so easy to find. If they see you first, you’ll glimpse them scurrying away at best and you may well not see them at all. At Delphi, some set up home at the highway end of the drive where they can be heard and, from time to time, seen. Photographer Tom Sheley bided his time in order to capture these wonderful shots of a pair. 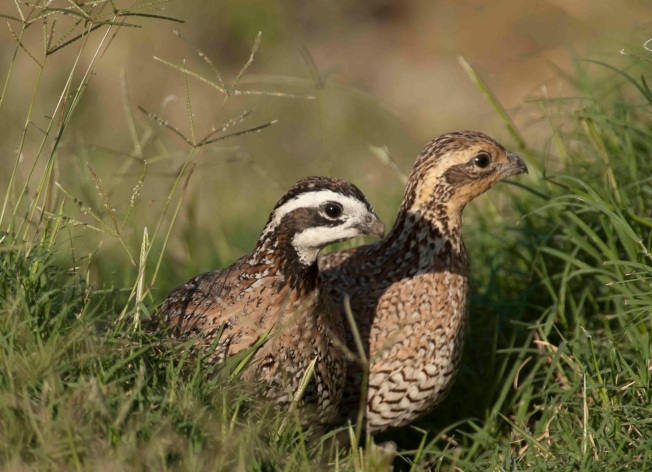 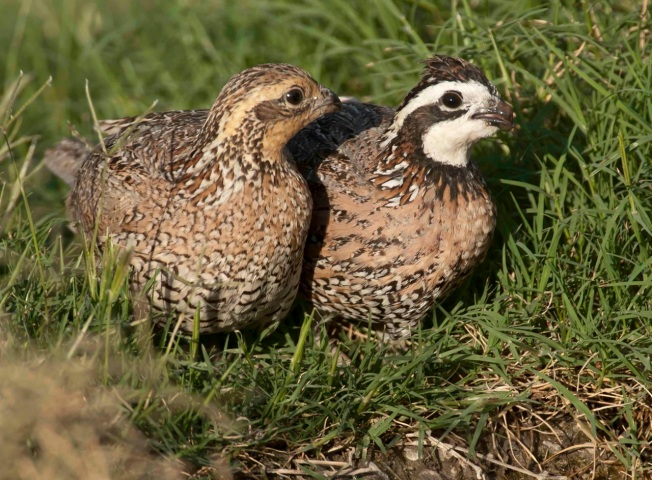 I recently wrote about another game bird, the WHITE-CROWNED PIGEON. The bobwhite also appears in the excellent Bahamas National Trust’s BNT HUNTERS GUIDE 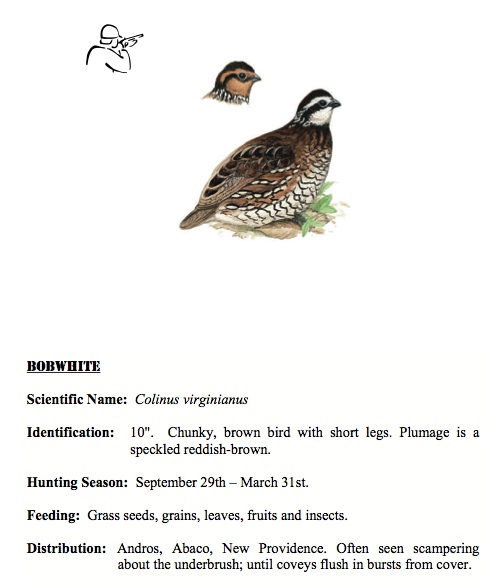 Unfortunately one of the consequences of enjoying game bird status – coupled with other factors such as habitat loss – is that the species is IUCN-listed ‘near threatened’. That’s not a cause for immediate concern, but the next stage may be…

The northern bobwhite can be found year-round in fields, grassland, open woodland areas, roadsides and wood edges. Sightings of bobwhites are most usually made when they are in cover such as long grass or undergrowth, as in the header photo and the one below. 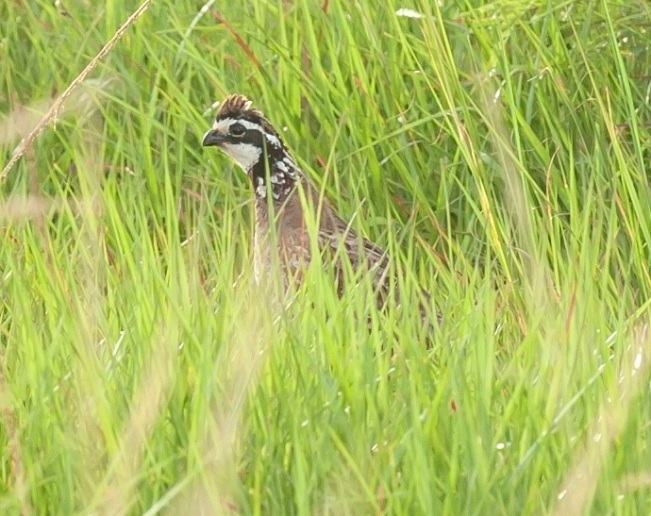 When we went out searching for bobwhites last year to photograph for the book, we drove along tracks in open farmland and remote backcountry. We could hear them but we only saw a few, mostly too briefly to photograph. My own attempts were abject failures, small brown blurs of backside as the birds scuttled away. Tom Sheley fortunately had what it took to get results – patience, skill and a great camera.