Getting close to a herring gull is not a particularly heroic act, and yet… they look quite intimidating. The glint in the eye is somewhat evil. And they can be fairly aggressive when the mood takes them. I once had my scalp raked by a herring gull when I got too near a breeding area on a small island in Scotland. It got me from behind. There was blood. Plenty of it. It was my own stupid fault, and a lesson learned.

Behold a fine herring gull stepping ashore with its beady eye fixed on me. Behold it starting to advance towards me in a purposeful way… Then it noticed the camera and decided to pose instead of attack.

One complication for amateur birders is that these (and other) gulls take 4 years to reach maturity and the full adult plumage shown here . We’ve all seen those huge browny-gray-speckled babies crying pitifully to be fed, when they are nearly the same size as the food-providing parent. Over those few first years the plumage goes through several stages, and other colour changes – eyes and feet, for example – take place. Eventually they get to look as handsome as this one.

I photographed the bird featured here only last week, on the south coast of Ireland, which is a bit of a cheat. Strictly, you are looking at a European herring gull, although the differences from the American ‘Smithsonian’ herring gull is relatively small. I’ll say ‘negligible’ for present purposes. 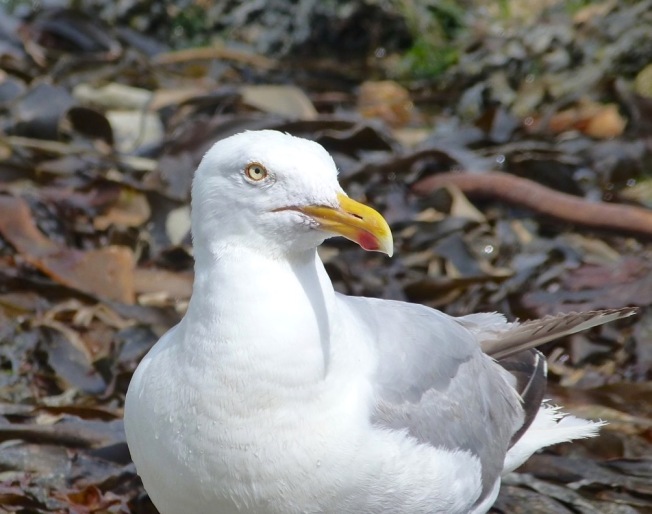 WHAT’S THE PURPOSE OF THE RED BLOB ON THE UNDER-BEAK?

Good question, and one that historically was the subject of hot debate in ornithological circles. The short answer is that scientific investigation and experimentation led to the conclusion that the red blob is a kind of feeding cue for chicks, a target area for them to aim for food or to peck to say they are hungry. Some other gull species also have this clever beak feature. 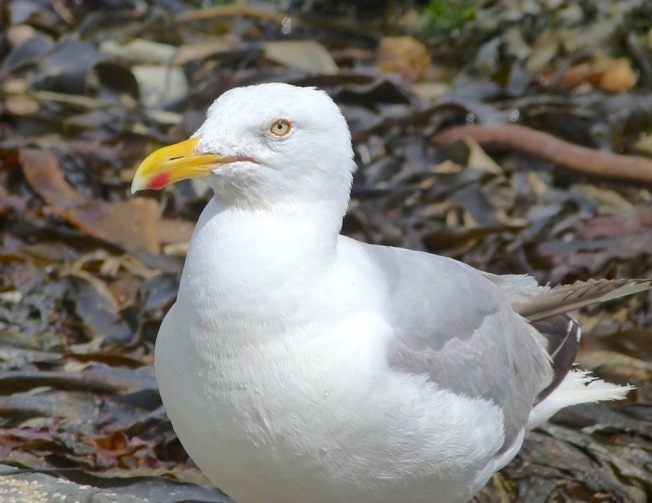 As we all know, there are gull species with yellow legs (not least the apty-named yellow-legged gull in Europe). Herring gulls have decidedly pink legs and feet, and interestingly constructed ones at that. This isn’t the moment for a lot of technical blurb about it – just take a look at these 2 images. Extraordinary, huh? 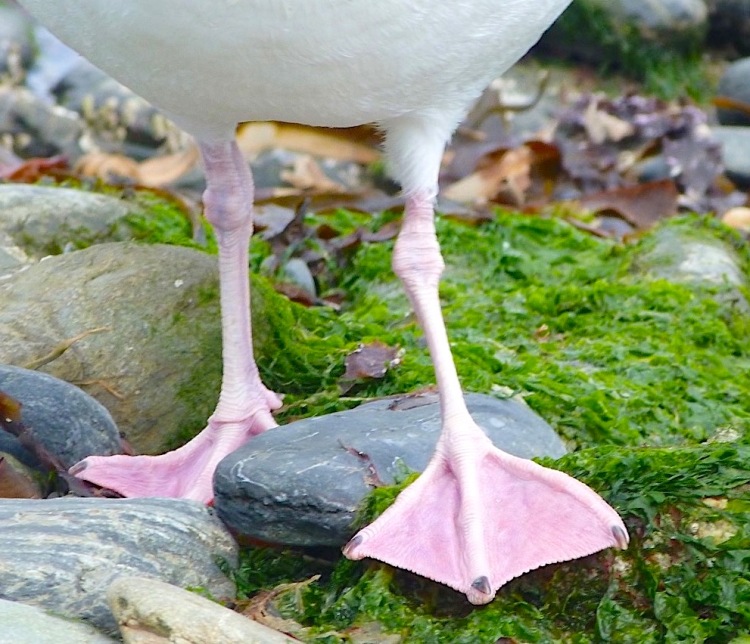