INTERNATIONAL SHARK WEEK? IT’S SO OVER… EXCEPT HERE

There’s never a day without a ‘Day’, nor a week without a ‘Week’. Almost all creatures under the sun are celebrated in some regular calendar-based time-frame. With the exception of No-see-ums: I’ve checked – there is no national or international Ceratopogonidae Day in any online calendar.

By a mere 2 days, I have missed Shark Week, a happening tied in with the Discovery Channel, and heralded by an amusing trailer that features no actual sharks… So, belatedly, here are some cool shark photos to enjoy, in case you didn’t get enough of them last week, or (like me) had other fish to fry.

Meet Nurse Betty, as she is known to divers

As all children are taught and some adults know, the mangroves that grow in the shallow waters around the islands of the Bahamas are of enormous ecological significance. This isn’t the place to expand on that now, but it is worth mentioning that the mangrove swamps are the nurseries of young sharks (‘pups’) until, as juveniles, they are old enough to leave the safely of their home for deeper waters. Check out the short video below.

Spot the REMORA hitching a ride on this shark’s back

These wonderful photos were all taken in Bahamian waters. Melinda Riger of Grand Bahama Scuba is, as ever, the star snap-getter of sharks (and indeed all other marine creatures). Special thanks are also due to Grant Johnson / 60poundbullet and Neal Watson / Bimini Scuba Center for occasional use permission of photos – especially of hammerheads – that are, well, eye-popping. Video from ‘ZeroEye’

I last took a look at nurse sharks nearly 3 years ago HERE. Time to revisit these creatures. Indeed, time for a close-up look. If you want to know more about this fascinating species, just click the link above.

Admire the extraordinary texture of the the skin; and the tiny evil eye. Click or – better – double click on the image and you will see that the skin is in fact tessellated, made up of a mosaic of tiny squares and near-squares**

This one is a baby nurse shark

A juvenile nurse shark with a couple of grunts. Note the youngster’s paddle-like fin 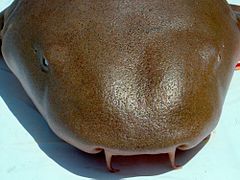 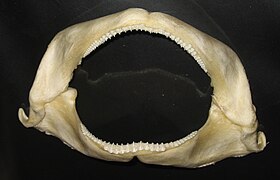 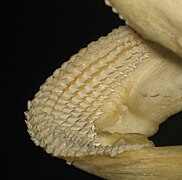 SO, THEY ARE SHARKS – ARE THESE GUYS DANGEROUS?

Not really, no. They aren’t looking to pick a fight; and they are not as territorially aggressive as the ‘bitey’ sharks are (or can be).  These slow-moving bottom-dwellers are generally harmless to humans. However, they can be huge—up to 4 metres —and have very strong jaws filled with thousands of tiny, serrated teeth. They will bite defensively if stepped on or bothered by divers who assume they’re docile. [As I said previously, “there are recorded instances of injuries caused to divers who have tried to pull nurse sharks by the tail. And serve them right, I say. Treat them with patience and respect!”]

M.C. ESCHER (the inspiration for Mr Hammer) was the master of tessellation in art. Click the link to explore the dedicated website. Maybe, sensationally, one day a shark will be found with skin like this… (Alert reader: “Actually, I think it most unlikely…”)

A VISIT TO BIMINI’S MARINE ENVIRONMENT (1)

Abaco is fortunate already to have special conservation areas, both on land (e.g. the huge National Park) and at sea (e.g. Fowl Cay Marine Preserve). Other preserves are in active stages of development. Elsewhere in the Bahamas, where the natural life is equally wonderful, battles are being fought to protect pristine habitat from the encroachments of modern life such as unsuitable development (or development in unsuitable locations). For this first look at Bimini, I am most grateful to Bimini’s Marine Protected Area Campaign  for permission to use some of their wonderful photographic archive that illustrates the vital importance of the mangroves, reefs, sea grass and pristine sea to marine life large and small. It’s worth checking out the background and surrounding context of these images to see the sort of habitat the creatures depicted prefer. This post features some of the larger species.

NURSE SHARK NURSERY IN THE MANGROVES

A pregnant female southern stingray, seen from below

CREDITS: Bimini’s Marine Protected Area Campaign with many thanks for use permission of their material including images © Grant Jonson / 60 Pound Bullet Photography, and to all other photographers featured. Overall, cheers to Bimini, wildlife and conservation…

‘TREAT WITH PATIENCE…’ – NURSE SHARKS IN THE BAHAMAS

The scientific name for the nurse shark sounds like something Bilbo Baggins might have said to summon elves to his rescue: Ginglymostoma cirratum. Actually the name is a mix of Greek and Latin and means “curled, hinged mouth” to describe this shark’s somewhat puckered appearance. The origin of the name “nurse shark” is unclear. It may come from the sucking sound they make when hunting for prey in the sand, which vaguely resembles that of a nursing baby. Or it may derive from an archaic word, nusse, meaning cat shark. The most likely theory though is that the name comes from the Old English word for sea-floor shark: hurse.

Nurse sharks are slow-moving bottom-dwellers and are, for the most part, harmless to humans. However, they can be huge—up to 14 feet (4.3 meters)—and have very strong jaws filled with thousands of tiny, serrated teeth, and will bite defensively if stepped on or bothered by divers who assume they’re docile. [There are recorded instances of injuries caused to divers who have tried to pull nurse sharks by the tail. And serve them right, I say. Treat them with patience – and respect!]

Notice that the nurse shark in the above photo, and in the header image, is being attended by REMORAS. Click the link to find out more about the strange relationship these ‘weird suckers’ have with larger marine creatures.

They use their strong jaws to crush and eat shellfish and even coral, but prefer to dine on fish, shrimp, and squid. [And also stingrays, apparently. They have been observed resting on the bottom with their bodies supported on their fins, possibly providing a false shelter for crustaceans which they then ambush and eat.] They are gray-brown and have distinctive tail fins that can be up to one-fourth their total length. Unlike most other sharks, nurses are smooth to the touch.

Nurse sharks are found in the warm, shallow waters of the western Atlantic and eastern Pacific oceans. They are abundant throughout their range and have no special conservation status, although the closeness of their habit to human activities is putting pressure on the species.

Nurse sharks are nocturnal and will often rest on the sea floor during the day in groups of up to 40 sharks, sometimes piled on top of each other.