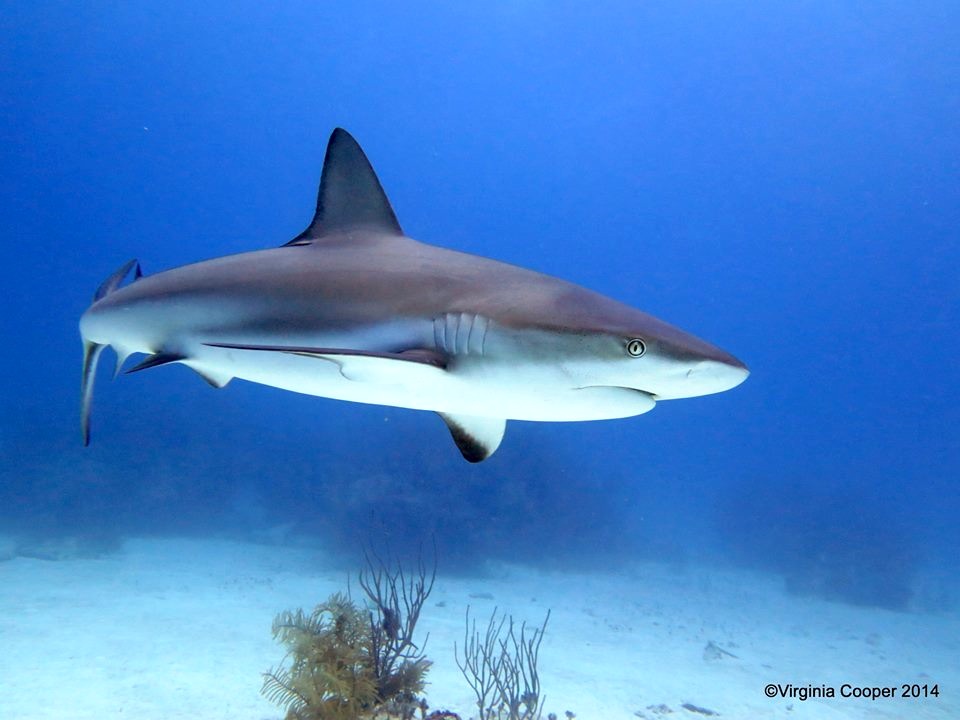 “ONE IS CALLED LUCY…”: SWIMMING WITH SHARKS

From time to time I wonder about the naming of animals. I know about the problems that can arise when people name their chickens Henny, Penny, Denny & Lenny, and the time comes to (please look away now). And how a slavering dog coming towards you (not on a lead) that the owner calls ‘Tyson’ or ‘Killer’ is possibly one to cross the street for. And that the owner of a cat called ‘The Reverend Wenceslas Muff’ (Sir Roy Strong, in fact) may not take kindly to you referring to it facetiously as ‘Puddy-tat’. But does it make things any better to know that the shark that is eyeballing you is called Lucy? I don’t know the names of the others, but I am sure they would all like to be introduced… 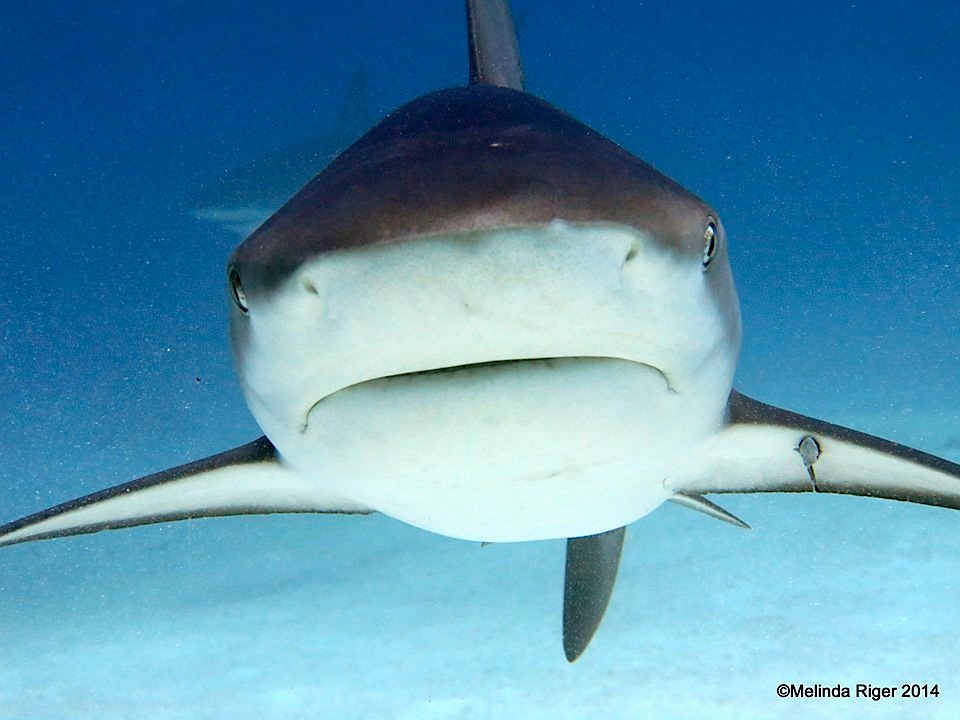 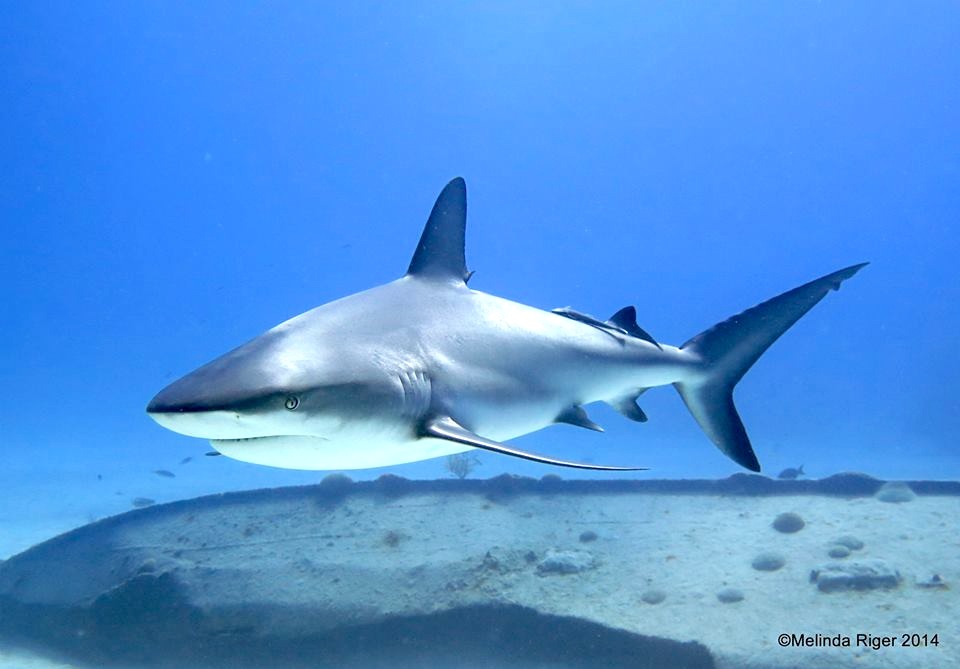 REMORAS Some of the photos show a strange creature attached to the underside of the shark. For more info about these weird shark passengers, and some great images, click HERE

All the fabulous photographs above were taken by Melinda Riger and Virginia Cooper of Grand Bahama Scuba, on whom I rely entirely for subaqueous material, being a pathetic swimmer, a gnarly ancient, and a certified scaredy-cat (‘highly commended’). My thanks as always to them for use permission

The Black Grouper is a large fish of the reefs found in the western Atlantic, particularly in the waters of Florida, Bahamas, Caribbean and the Gulf of Mexico. It is a solitary species that mostly prefers the shallow waters around coral reefs.

Formerly plentiful, these groupers (like other grouper species) have moved from an IUCN listing of ‘Least Concern’ to ‘Near-Threatened’. They have the twin disadvantages of being fished for sport and fished for food. As demand for grouper on the menu rises, so does its vulnerability. The species is described as a ‘slow breeder’, so a depleting population has less chance of sustaining numbers.

An adult black grouper’s diet consists of small fish and squid. Juveniles feed primarily on crustaceans. However, certain tiny reef fish are important to the species as ‘cleaners’. You can read about their significance by clicking CLEANING STATIONS Here are examples of two black groupers receiving attention at the same cleaning station. Both also seem to be giving a ride to REMORAS.

Despite the name, black groupers are not all black. They have many shades from dark to olive-coloured to pale. I believe the two photos below are of a grouper known as Arthur, a favourite with divers and definitely off the menu… 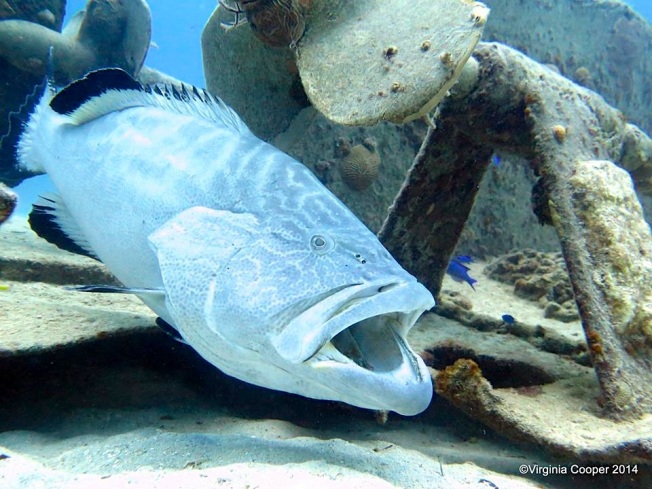 The tiny bright blue fish in the photo above are Blue Chromis, a regular accompaniment on any snorkel or dive on a reef. I like the colourful little Fairy Basslet in the next photo

Now that the NASSAU GROUPER has been awarded a closed season to help maintain numbers, it will be interesting to see if the winter fishing ban is extended to the Black Grouper…