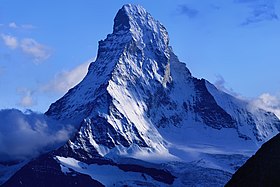 The header photograph is in fact nothing to do with Abaco. Apologies for any confusion. You can put away your ice axe, crampons or skis. It’s the Matterhorn, towering over the border of Switzerland and Italy, complete with high altitude, year-round snow and sub-zero temperatures. Abaco has its own skiing, of course, but solely of the watery sort.

I was curious as to the exact location of Abaco’s highest point. There are a couple of rocky hills in the pine forests of South Abaco that I thought might be candidates. All sources I checked agreed that the altitude is a dizzying 134 feet, with some equating that with 40 metres and others with 41. It would be nit-picking to use the straight conversion of 40.8432 metres. I am that nit-picker.

A site called PEAKBAGGER is useful for such queries. Click on the link and it takes you to the Abaco entry; elsewhere on the site there is a mass of remarkable worldwide altitude information that you could easily spend an hour or 2 investigating.

Peakbagger’s map places the high point close to the Highway north of Marsh Harbour. Although the land relief shown on the Peakbagger map suggests a higher ridge to the north-west of the red circle, it is in fact only 30 metres high. 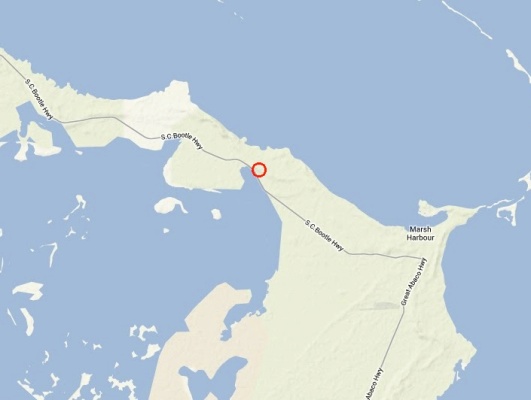 Quite a while back I contacted Sandy Estabrook, éminence grise behind the wonderful ABACO ESCAPE website. Within a very short time he got back to me with a clipping from a nautical map, confirming the high point’s location as the one given by Peakbagger. 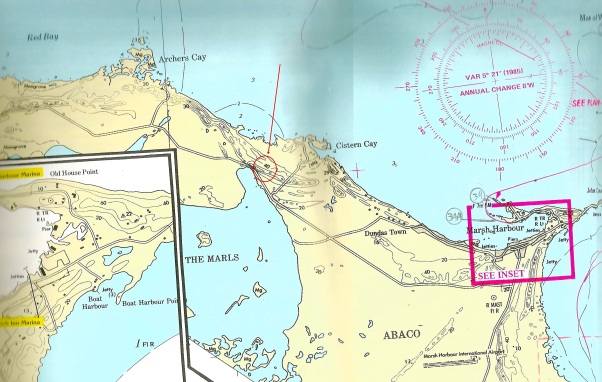 Far more importantly, it turned out that Sandy actually ascended the summit in 2009 with a friend and without oxygen. His expedition journal states simply:

“Heading South along Queens Hwy, Frank pointed out a hill on the Sea of Abaco side of the road. It had quite some elevation of over a hundred feet or more it seemed. I have not seen a higher place in all of Abaco. And atop the hill was a tower that I was told was built by real estate interests some years ago for prospective clients to view the surroundings. We climbed the tower and I took a couple pics”.

The tower will be familiar to travellers passing by on the Highway. I had read that this was a good place to look out for birds, and had assumed it was some sort of fire-watching tower. The use of a tower to scope out land for development is an ingenious one, but the landscape remains undeveloped. Here are some photos from the vantage point taken on Sandy’s expedition.

View roughly south-east from the tower to Hope Town. The lighthouse is visible to the right.

The view north(ish) along the ridge, with the Highway snaking up to Treasure Cay 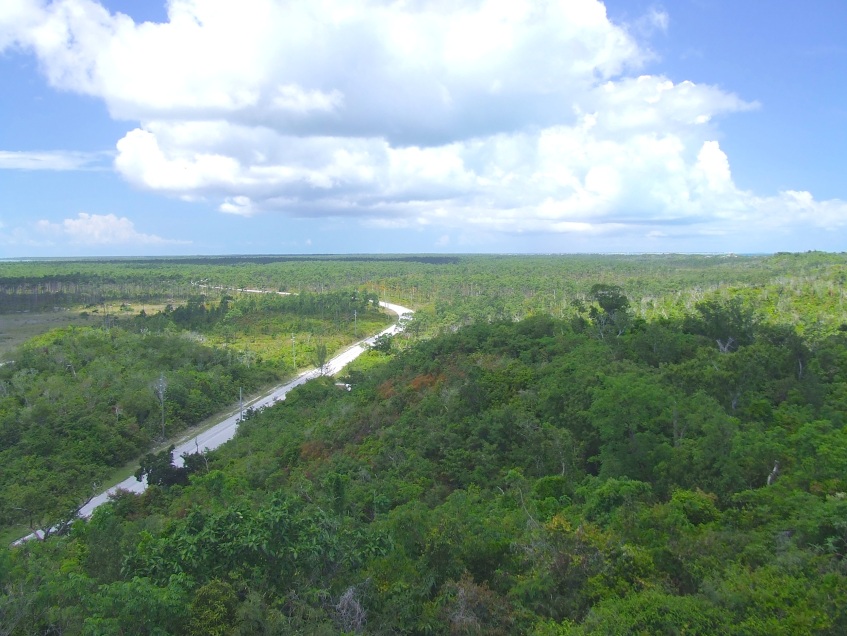 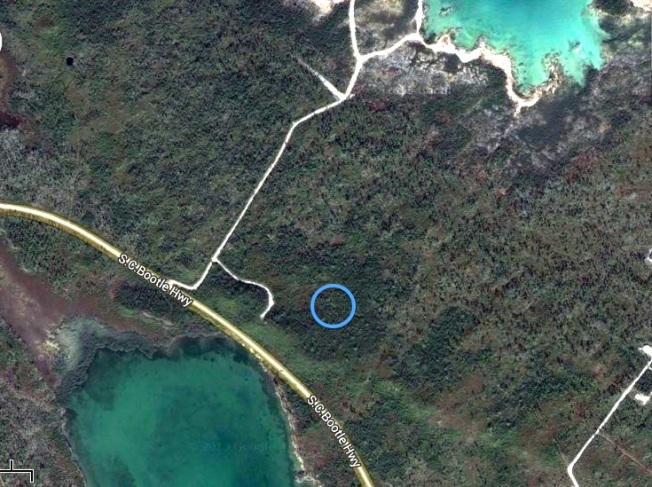 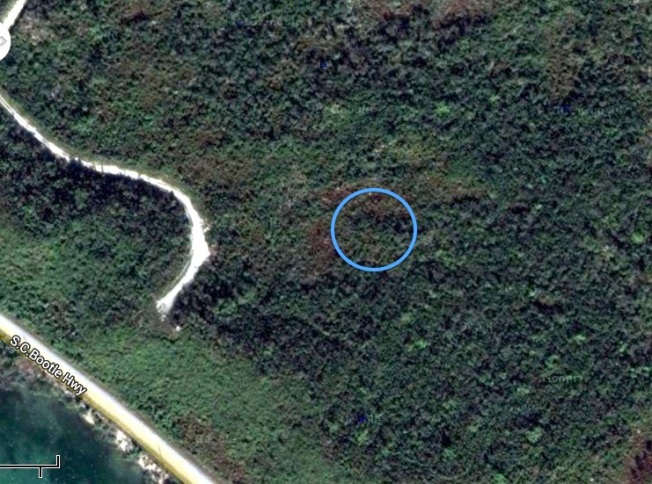 WHERE IS BASE CAMP?

Turn east off the Highway and take the spur road to the right. Park at the wider area near the end. Prepare for a scramble up. If there is – or was – a path to the top, I expect it’s overgrown now, unless for some reason it has been cleared. And if anyone undertakes the challenge, it would be fun to post your account of the adventure plus views from the top – especially looking west.

Thanks to Sandy Estabrook and to Peakbagger

This is a rijig of a post I did in 2013, because it fits in with my new ‘Landmarks’ series. Also, I (luckily) have loads more followers these days. If there have been any significant changes to the location, I’d be pleased to hear and amend accordingly. And if there are any other local names for the hill, I’ll add them.